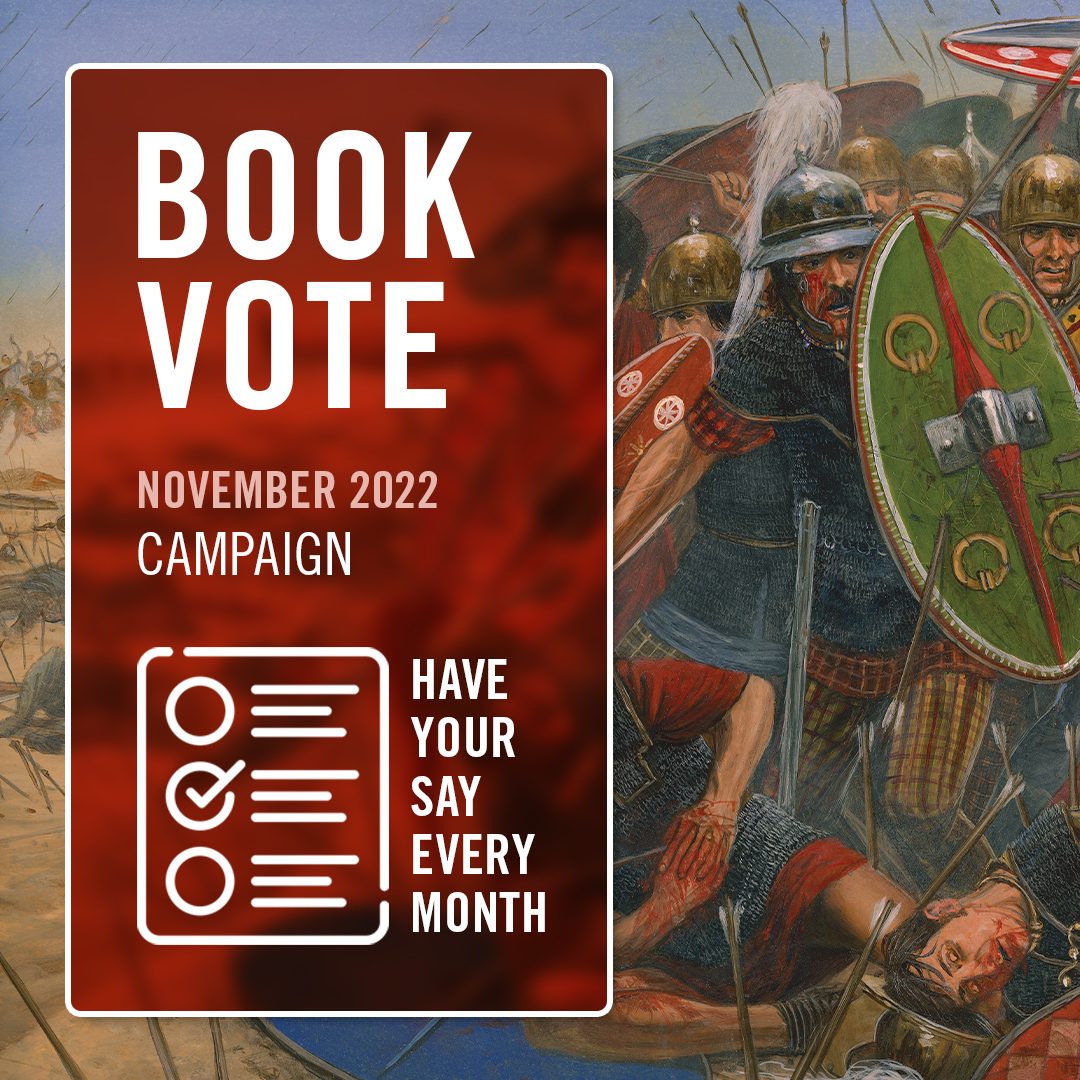 This month's book vote sees five Campaign titles battling for your support. Read the full descriptions and have your say by clicking on the link below. Plus, check out the results of last month's Air Campaign Book Vote.

Gaugamela 331 BC
At Gaugamela, the Army of Macedon under Alexander the Great crushed the Persian Army under King Darius III in their second and final encounter, dealing a death blow to the Achaemenid Empire. Despite facing numerically superior forces, Alexander employed superior tactics and used his light infantry forces to great effect to bring about a stunning victory.

Eylau and Friedland 1807
The battles of Eylau (7–8 February 1807) and Friedland (14 June 1807) formed part of the War of the Fourth Coalition. At Eylau, Napoléon's Grande Armée clashed inconclusively with the Imperial Russian Army led by Count von Bennigsen, despite the latter’s night-time withdrawal from the field of battle. However, at Friedland Napoléon obtained a decisive victory that routed much of the Russian army, forcing the Russian emperor Alexander I to accept French terms at the Treaty of Tilsit and leaving Napoleon the master of Western and Central Europe.

Mukden 1905
Part of the Russo-Japanese War, the Battle of Mukden was one of the largest land battles fought to date (involving over half a million troops), and the last and the most decisive major land battle of the conflict. This work documents the two-week clash between Japan and Russia near Mukden in Manchuria. The battle was a decisive strategic victory for the Japanese and, coupled with their victory at Tsushima four months later, proved critical in ending the war in their favour.

The Courland Pocket 1944–45
This work describes how German Army Group North and the Reichskommissariat Ostland became cut off in an area of land to the west of the Gulf or Riga and surrounded by the Soviet Army for almost a year, between July 1944 and May 1945. The various phases of the battles of the Courland Bridgehead are documented in detail. Army Group North (renamed Army Group Courland, under Lothar Rendulic) would hold out to the end of the war, making it one of the last German groups to surrender in Europe.

Convoy PQ-17, 1942
The PQ-17 disaster is the most famous convoy operation of the war, and marked a high-water mark for the German campaign against the Arctic convoys. PQ-17 was a particularly big convoy, involving 35 merchant ships, over half of which were American, sailing from Rekjavik and bound for Archangel. The Kriegsmarine was ready for it, however, and planned Operation Rösselsprung to intercept it. In the end, only 11 of ships reached port – the rest falling victim to German attacks. It was the worst convoy loss of the entire war.

Last month, we asked what you would like to see published in our Air Campaign series. Thank you to everyone who voted and provided feedback. The results saw one book taking a large portion of the vote. Check out the full results below to find out more!