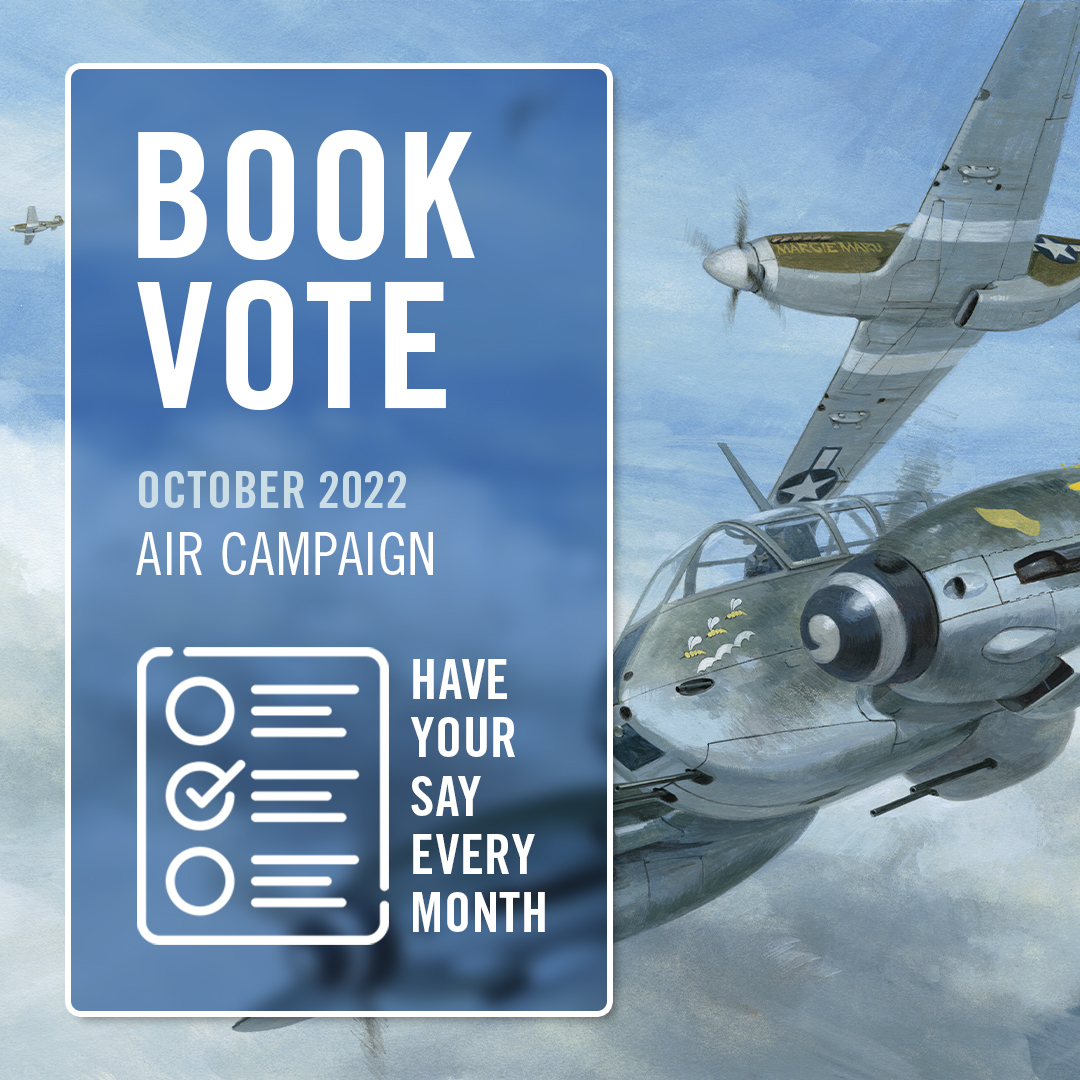 This month's book vote sees five Air Campaign titles battling for your support. Read the full descriptions and have your say by clicking on the link below. Plus, check out the results of last month's Combat Book Vote.

Germany 1945: Dresden and the controversial last months of area bombing

One of the most extensive air wars of the interwar period was fought over the remote Chaco region, between Bolivia and Paraguay. Air power was used in air combat, bombing, logistics, reconnaissance and close air support, and involved a wide array of aircraft from the US, Italy, Britain, France and Germany, including flying boat units. The defeat of Bolivia, which initially boasted the more powerful air force, proved the crucial importance of skilled use of air power.

The Luftwaffe shattered the huge but badly equipped and trained Soviet Air Force (VVS) in the initial stages of Barbarossa. But by the end of the year the rebuilt VVS had more operational aircraft at the front than the Luftwaffe, due to the successful evacuation of the Soviet aircraft industry and Luftwaffe losses and readiness problems. This book would look at how the Eastern Front air war opened during 1941, including the strategic bombing of both Moscow and Berlin.

From the central Mediterranean, Italy’s air force was in a position to strike the length of the Mediterranean. This book would explain why and how Regia Aeronautica flew remarkable long-range strategic missions during the early war, using its SM.82 trimotors and the capable four-engined Piaggio P.108 to hit targets including the British fortress of Gibraltar, the oil facilities in Bahrain, and the cities of Haifa and Tel Aviv.

In August 1944 the Polish resistance rose up against the German occupiers, in the biggest resistance battle of World War II. But the advancing Red Army, which was approaching Warsaw, paused to allowed the Germans to destroy the non-communist Polish resistance. This book would explore the desperate airlift that the Western Allies launched in response, flown by British, Polish, South African and American crews, primarily out of Italy.

Germany 1945: Dresden and the controversial last months of area bombing

By 1945 the Combined Bomber Offensive had finally morphed into a united campaign, with the USAAF attacking cities by day and the RAF by night. It became the most controversial period of the bombing campaign, however, with the end of the war within sight and the techniques of destruction ever more effective. While the burning of Dresden was the most notorious, many other major cities with rail and transport links were targeted in the last months of the war.

Last month, we asked what you would like to see published in our Combat series. Thank you to everyone who voted and provided feedback. The results saw one book taking a large portion of the vote. Check out the full results below to find out more!