At the end of last year we ran a scenario contest for Undaunted: Normandy, with Rafael Rosario winning with his fantastic Night Owls scenario.

Doing it was a lot of fun, so we figured why not do another? Once again, designers David Thompson and Trevor Benjamin will be judging the contest, but this time things are a little different. 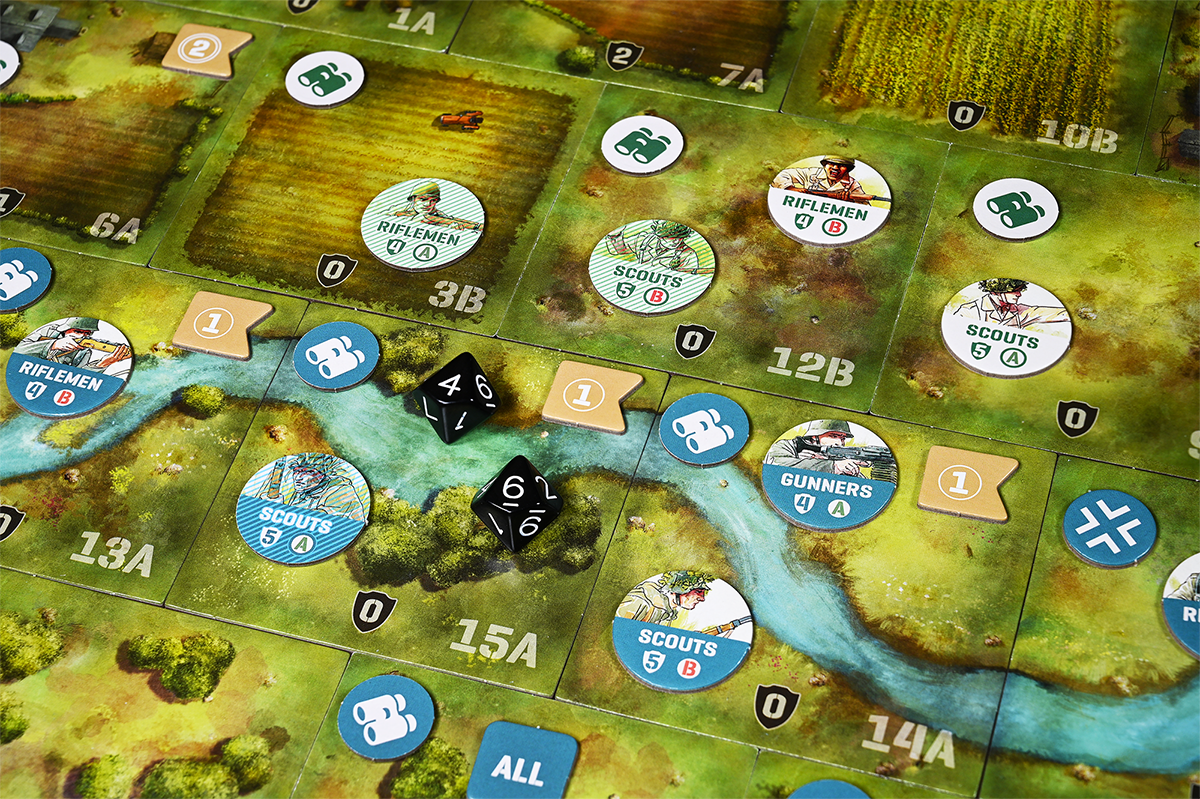 For this contest, we have set a theme – Surrounded.

In your scenario, either the German or American forces must have at least one of their starting spawn markers and/or units in a central position on the map. Other than that, you are free to do whatever you want, but we would really love scenarios that capture the feeling of being surrounded by your opponent.

The contest will be running until August 28th, giving you about a month and a half to put a scenario together. The winner will receive either a copy of Undaunted: North Africa or a copy of Undaunted: Reinforcements when it comes out next year! Their scenario will also be styled up by our design team to match the design of the existing Undaunted: Normandy scenarios and made available as a free download for Undaunted players everywhere.

To enter, send your scenario to [email protected] with the subject line Undaunted: Normandy – Surrounded Scenario Contest. We also encourage you to post your scenarios on Board Game Geek to get feedback from the Undaunted community!