Today on the blog we're looking at some of the artwork from our November 2020 publications. Let us know what you think in the comments section, and if there are any December publications you'd like to see the artwork from, be sure to mention it below! 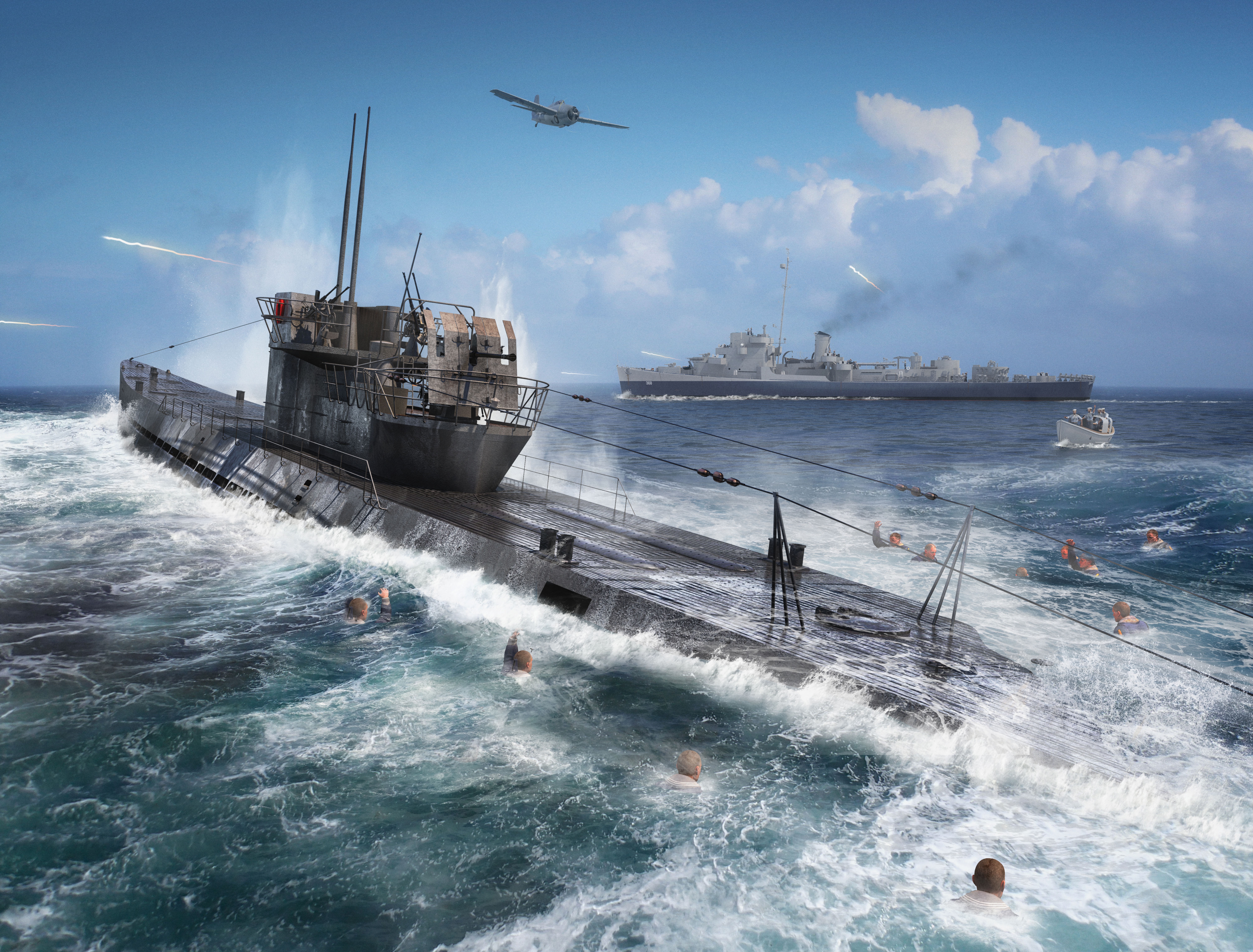 This illustration depicts the capture of U-505. On June 4, Chatelain reported sonar contact with a U-boat. The task group’s ships and aircraft swung into action. After Chatelain dropped hedgehog mortars and depth charges on the contact (which responded by firing an acoustic torpedo that missed Chatelain), a second attack damaged the U-boat, which surfaced. The submarine proved to be U-505, a Type IXC boat on its way home from its tenth combat patrol. Chatelain, Pillsbury, and Jenks were within sight of the submarine and opened up with their 20mm and 40mm guns. They were assisted by F4F Wildcat fighters from Guadalcanal which sprayed U-505 with .50cal machine gun fire. The fire, as intended, failed to create hull damage, but encouraged U-505’s crew to abandon hastily. Once the attackers saw this, the destroyer escorts ceased fire and Pillsbury lowered a boat with a boarding party to take possession of U-505, depicted on this plate.

DUE 68: RAF Fighters vs Luftwaffe Bombers by Andy Saunders
Artwork by Jim Laurier 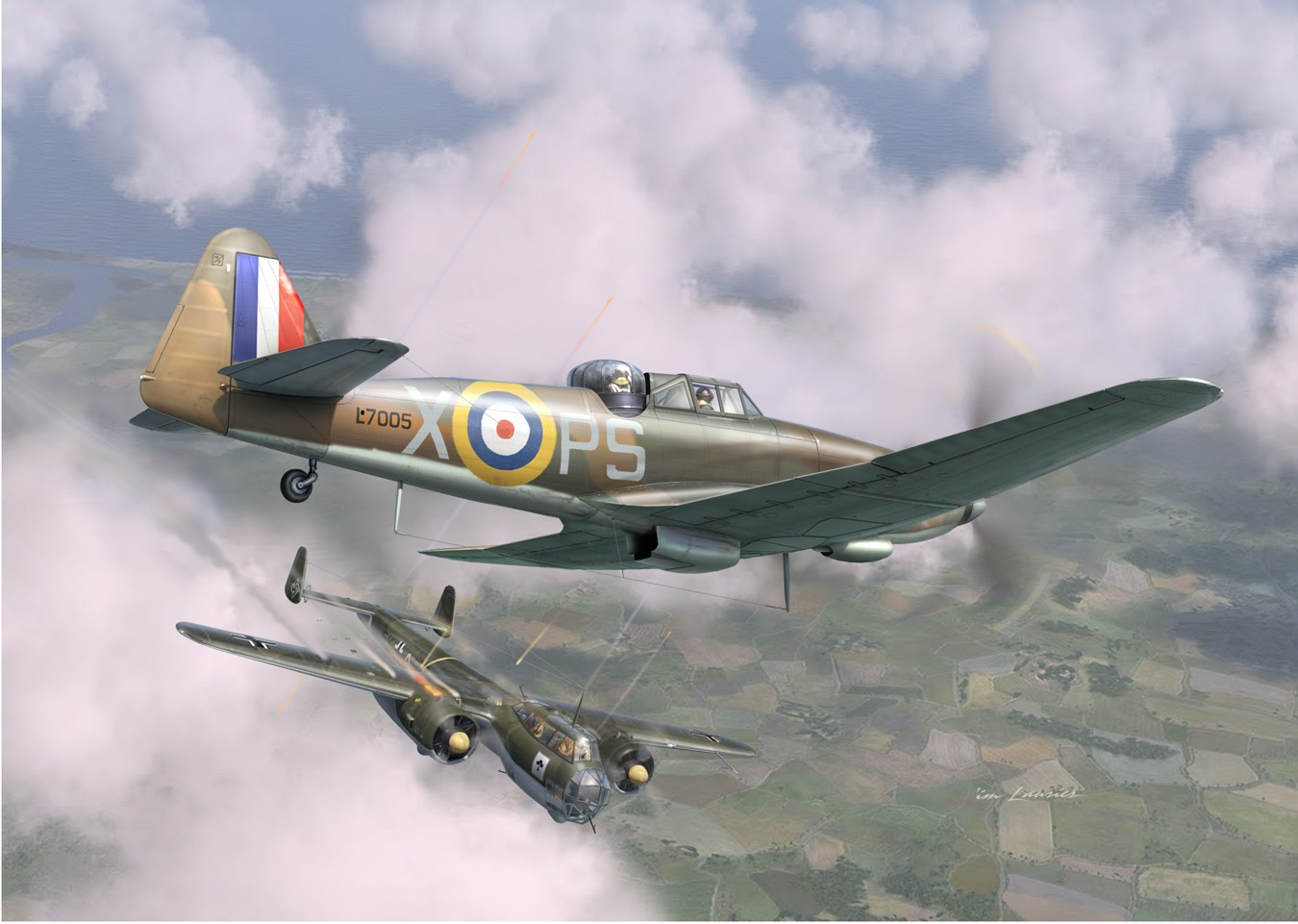 This image depicts the events at 1140 hrs on 26 August 1940 when No. 264 Sqn was ordered to patrol Dover to intercept approaching enemy bombers. It duly encountered a formation of 12 Do 17s from III./KG 3 at 12,000ft between Herne Bay and Deal, off the east Kent coast, the bombers being escorted by a large formation of Bf 109s. Sgt E. R. Thorn and his gunner, Sgt F. J. Barker, in L7005/PS-X attacked the Do 17s, hitting one and setting its starboard engine on fire before repeating the performance with another. However, they were then engaged by Bf 109s and their aircraft hit in the radiator and set on fire, although Barker in turn claimed to have downed one of their attackers. Thorn managed to crash-land the badly damaged L7005 at Chislet, Kent, with the Bf 109 they claimed to have destroyed coming down just a few fields away. Both Thorn and Barker were slightly injured. In total, No. 264 Sqn was credited with having destroyed one Bf 109 and six Do 17s, with a seventh Dornier damaged. 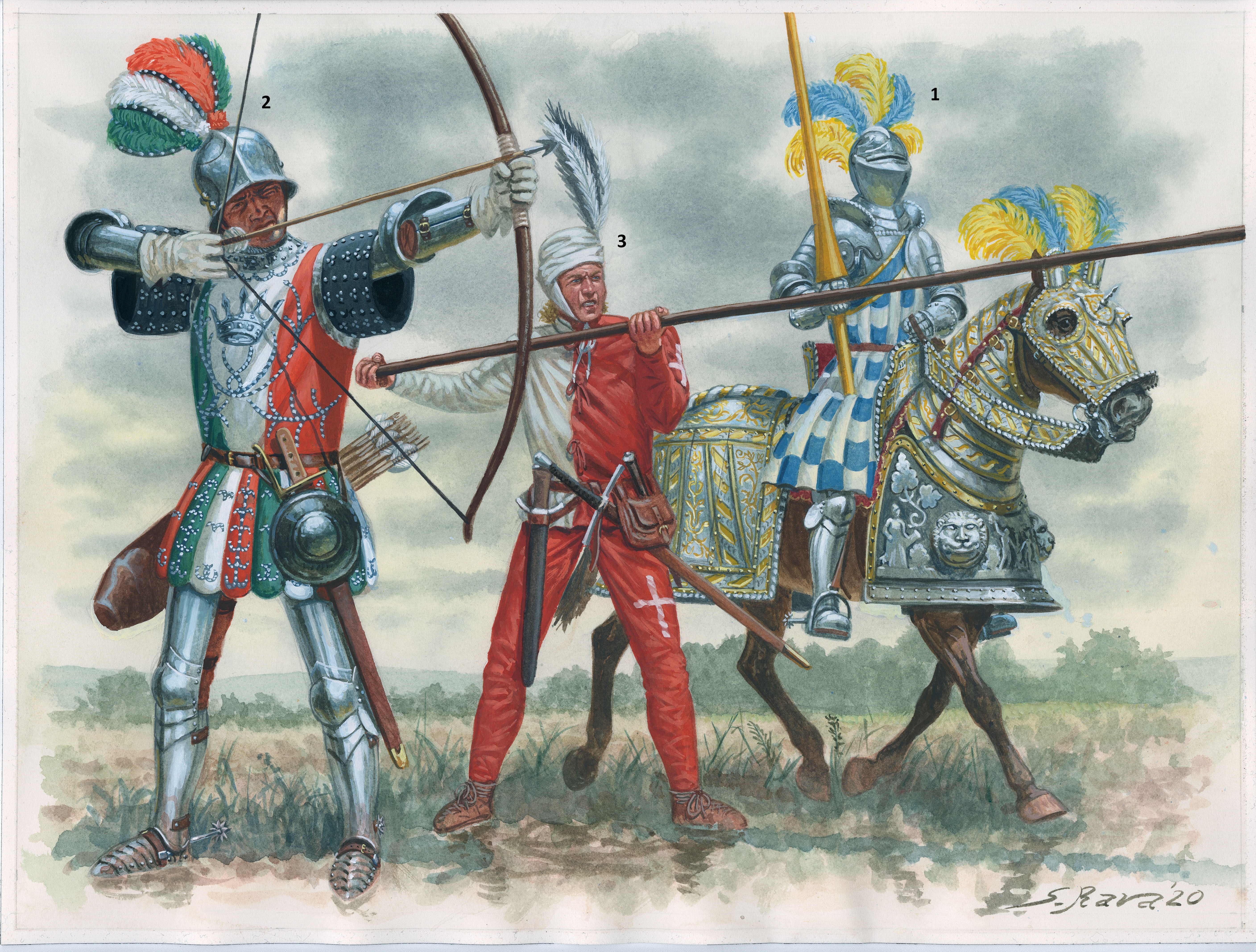