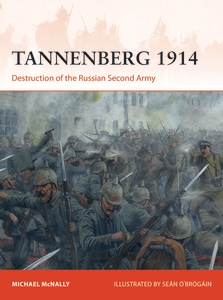 On Saturday 30 July 1898, Otto Eduard Leopold, Graf von Bismarck-Schönhausen, Prinz von Bismarck and Duke of Lauenburg, passed away at the age of 83, having outlived his dismissal from Public Office by a little over eight years.

Heavily built and almost 6½ft tall, he had both literally and metaphorically stood head and shoulders above his contemporaries, serving three monarchs, all of whom in the fateful year 1888 – Germany’s ‘Year of the Three Emperors’. When Wilhelm I died on 9 March, he was succeeded by his son Friedrich Wilhelm, who took the throne as Friedrich III. But unfortunately for history, the new emperor was suffering from terminal cancer and was to reign for only 99 days before he, in turn, was succeeded by his eldest son, the Crown Prince Friedrich Wilhelm Albert Viktor – named after both of his grandfathers – who was subsequently crowned Wilhelm II, and was fated to become the last German Kaiser.

Bismarck’s successes with the first Wilhelm had been largely due to his ability to ‘browbeat’ the elderly monarch into acceding to his policies. However, the new emperor had a mind of his own and was intent on stamping his own imprint upon German government policy. This made a clash of personalities inevitable, and there could be only one victor.

The reason for the break was the fact that whilst Bismarck’s successful policies had removed Prussia’s (and then Germany’s) enemies from the table, they not only needed to be maintained, but crucially they kept Germany a continental land power. The Kaiser, on the other hand, wanted Germany to have her ‘place in the sun’, in other words to become a colonial power such as the British Empire, ruled over by his grandmother, Queen Victoria. But for this to become reality, Germany needed a modern ocean-going fleet, and thus priority was ultimately given to the Navy rather than to the Army. In the Kaiser’s own words:

I had a peculiar passion for the navy. It sprang to no small extent from my English blood. When I was a little boy … I admired the proud British ships. There awoke in me the will to build ships of my own like these some day, and when I was grown up to possess as fine a navy as the English.

Initially the intention was for Germany to deploy a number of modern cruisers to develop and protect a fledgling colonial empire in Africa and the Pacific, but it was soon pointed out that it simply did not possess the necessary infrastructure and that, in any event, there was a more tangible threat to the Kaiser’s plans much closer to home. The debate raged for several years until 1897, when Konteradmiral Alfred Tirpitz was appointed Secretary of State for the Navy. Tirpitz’s new ministry began with a clear definition of priorities – Germany could never compete directly with colonial powers such as Britain or France, and thus the creation of a battle fleet would do more to protect her overseas interests than any number of lighter vessels could. In 1898, the German Government passed the first of five Flottengesetzte or ‘Naval Laws’ (the others were passed in 1900, 1906, 1908 and 1912) which would govern German military shipbuilding for the next two decades.

Tirpitz’s concept was simple: if Germany were to create a fleet of capital ships, then her most likely opponent would be the world’s foremost naval power – Great Britain – and that such a fleet would not need to outnumber the enemy either qualitatively or quantitatively, but should rather be large enough to cause the enemy sufficient damage so as to threaten her own dominance at sea. In short, Tirpitz’s ministry began with an unofficial declaration of war, for Britain operated upon a precept known as the ‘Two-Power Standard’ – in other words, it needed to maintain a fleet which was greater in size than the combination of the next two ranked powers, which were, at this time, Russia and France. Britain and Germany were therefore on a collision course which would find its outlet in the German violation of Belgian neutrality in 1914.

Whilst Germany was redefining its future at sea, France had taken advantage of the lapse of the Reinsurance Treaty in order to establish relations with Russia, and had been further cementing these with a number of loans to the Russian government which, although on favourable terms, would nonetheless make Russia unnecessarily dependent upon its erstwhile ally. For its part, France began to flex its ‘colonial muscle’, ultimately sending an expedition into the Sudan, which – if successful – would link the French colonies in West Africa with its outpost at Djibouti on the Red Sea coast. The expedition failed, as Britain was intent on achieving the exact same result by linking its territories in South and East Africa.

Ultimately, the British were successful in achieving their aims, but only after the threat of an Anglo-French war had been averted.

With the advent of the 20th century, the possibility of a general conflict had become a real one – with Europe clearly polarized between the Austro-German-Italian Alliance and the Franco-Russian Entente, with both factions preparing for hostilities. As the agreement between Paris and St Petersburg was a defensive one, French preparations were defensive in nature and dependent upon agreed Russian support, which would see its forces concentrating against Austria (this has been anglicized as ‘Plan A’ – for Austria) whilst conducting a holding action against German forces operating from East Prussia; or the opposite variant – referred to as ‘Plan G’ – which would see Russia’s principal effort being made against East Prussia.

In the opposite camp, geography predicated that any Austrian effort would be directed eastwards. In Berlin, the Greater General Staff developed a plan known as ‘Aufmarsch I’ or ‘Primary Deployment’, which would in time become synonymous with its author, Alfred, Graf von Schlieffen. Initially, the plan was intended as an attack against France, but was later amended to reflect the opportunity for offensive action in the East once it became certain that Germany and its allies would be forced into a two-front war. Ultimately, the focus of Schlieffen’s war plan would be to adopt a defensive posture in the East, where large numbers of troops would simply disappear into the vast open spaces, whilst concentrating the mass of troops in the West in anticipation of a swift victory that would then allow troops to be quickly transferred to East Prussia.

Up to the outbreak of hostilities in 1914, both sides would continue to add and refine their war plans. The French ultimately opted for an offensive measure known as ’Plan XVII’ – a direct strike into the contentious territories of Alsace and Lorraine – which had it been implemented, would actually have assisted the German flanking manoeuvre (on their right flank) by bringing the French forces forward and thus obviating the need for the German forces to continue their extended wheel and cross into Belgian territory, the act which brought Britain into the war.

‘Aufmarsch I’ would – in time – also undergo several modifications that would cater for offensive, defensive and counter-offensive operations on both the Eastern and Western fronts, with Schlieffen’s apocryphal last words being: ‘Make sure that the Right Flank is kept strong.’

In the end, the German Right Flank was not strong enough, as explained in Campaign 386: Tannenberg 1914.