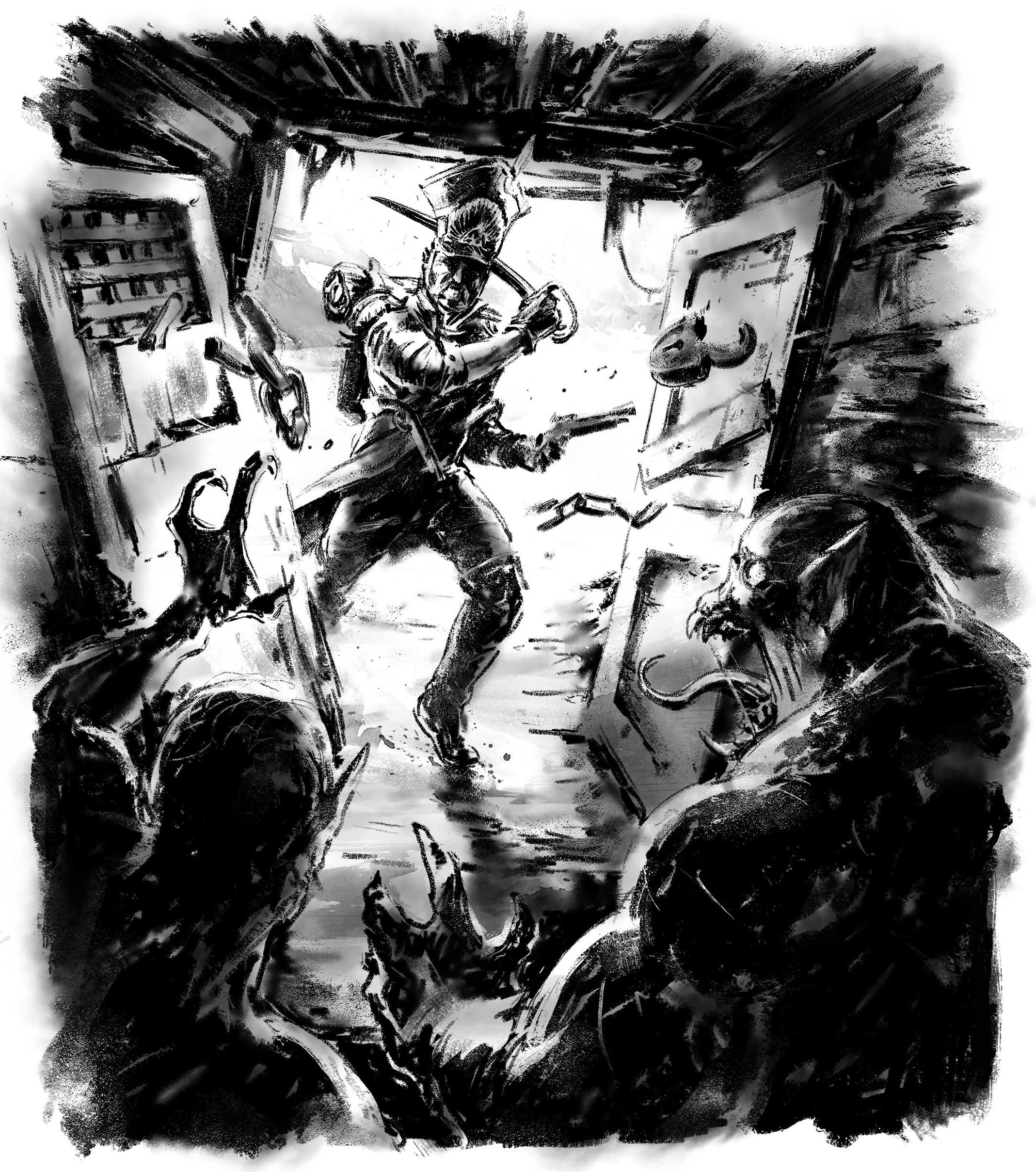 The prolific author Joseph A. McCullough is back with new content across a whole host of his wargames from Frostgrave and Stargrave to The Silver Bayonet! Read on for your first preview of the fresh directions all these games are headed...

We're very excited to announce a wide range of wargame supplements from Joseph A. McCullough, the award-winning creator of hit wargames like Frostgrave and Oathmark. Whether it's the Napoleonic gothic horror of The Silver Bayonet, the icy fantasy of Frostgrave, or the sci-fi adventure of Stargrave - there's a lot to look forward to. We'll have more to share with you closer to the time but for now we've gathered together all the key information here, along with a sneak peek at covers and some of the artwork we have so far.

And this isn't the only news for Osprey wargames coming soon. This time next week we'll have another hot announcement for you across our blog and social media. So follow us on social, sign up to our newsletter - and we'll see you February 1st for more... 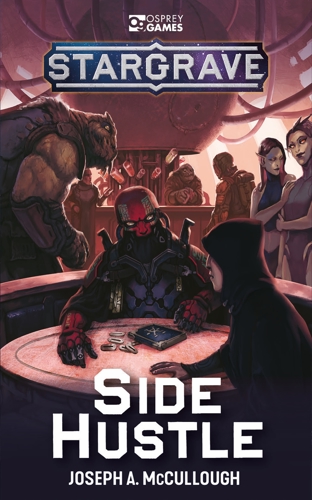 STARGRAVE: SIDE HUSTLE
Written by Joseph A. McCullough & illustrated by Biagio D'Alessandro

A 40-card deck of special missions, plots, and objectives from which players can draw to add extra intrigue to their games.

The goal for most of the independent crews operating throughout the Ravaged Galaxy is that one big score that will set them up for life. Such scores are few and far between, so crews typically find themselves taking whatever jobs they can scrounge – anything for a quick credit.
Anyone can sell an alien artefact or a set of neural-fuses,
but smart captains know that there are myriad ways to turn a profit…

This expansion for Stargrave consists of 40 Side Hustle cards – missions, plots, and tasks that add variety, depth, and new tactical challenges to wargames in the Ravaged Galaxy. Each card presents a specific objective… and the rewards for achieving it. Some of these missions must be revealed, while others are kept secret. Is your crew attempting to insert a data virus into a key system? Locate a political prisoner? Uncover evidence of a secret scientific cabal? Every crew is out to grab some loot, but what’s your captain’s side hustle? 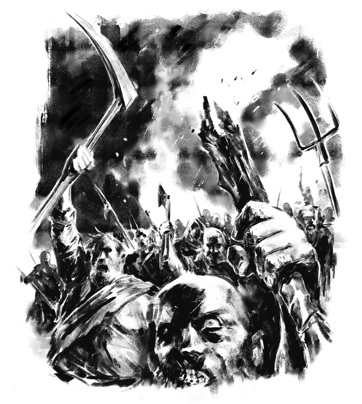 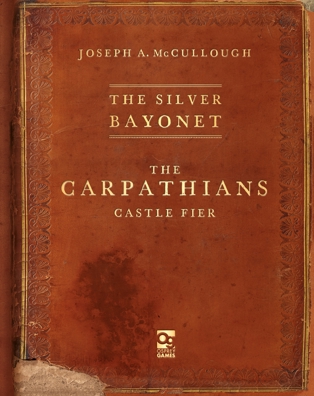 THE SILVER BAYONET: THE CARPATHIANS: CASTLE FIER
Written by Joseph A. McCullough & illustrated by Brainbug Design

Recruit new soldiers, face new foes, and explore the mysteries of the Carpathian Mountains in two new campaigns, one competitive and one for solo or cooperative play.

High in the Carpathian Mountains stands the crumbling Castle Fier. Once home to a powerful warlord, the castle cast a dark shadow across the nearby villages, until crusaders attacked with sword and flame to put an end to its menace. Though history passed into folklore, the ruins of Castle Fier remained shunned by all as a cursed site. Now, horrors have been seen moving at night. An army gathers. Something has awoken in the ruins. With the political situation in the surrounding region becoming increasingly unstable, France, Prussia, Britain, and the other powers have dispatched their best agents to investigate the ruins, eliminate any threats, and acquire any treasures that could prove useful in the ongoing fight against the harvestmen… and each other.

The Carpathians: Castle Fier is a supplement for The Silver Bayonet: A Wargame of Napoleonic Gothic Horror, in which the special units must fight their way through the ruins of a menacing haunted castle. It features two campaigns – one competitive and one for solo or cooperative play – as well as new monsters to fight, soldiers to recruit, and treasure to unearth. 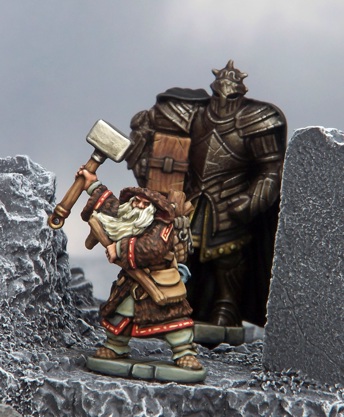 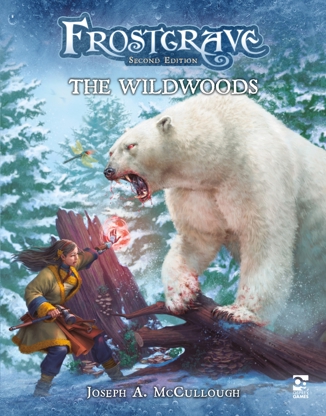 FROSTGRAVE: THE WILDWOODS
Written by Joseph A. McCullough & illustrated by aRU-MOR

This supplement brings a new dimension to games of Frostgrave, allowing players to lead expeditions into the wilderness north of the city, searching for undiscovered ruins and facing the perils of the Wildwoods.

For years, spellcasters have flocked to the Frozen City, braving the perils of its ruins in the hunt for relics and forgotten magic. While the city still holds many such secrets, newly arrived wizards must delve deeper and fight harder to make their mark. A few turn from the city, seeking instead the remote settlements that surrounded ancient Felstad. Such expeditions are not without their own dangers, however – in the vast forests of the Wildwoods, death lurks in the empty cookpot and torn waterskin, in the cold of night and the looming storm, and in the teeth and claws of the beast behind the next tree…

This supplement for Frostgrave: Fantasy Wargames in the Frozen City takes players beyond the ruins with rules for running expeditions in search of secret places and forgotten treasures in the dark Wildwoods. New soldiers and magic items may improve wizards’ chances of survival, but dwindling supplies, the hostile environment, and terrifying new creatures will push them to their limits in a range of scenarios set in these deep, foreboding forests. 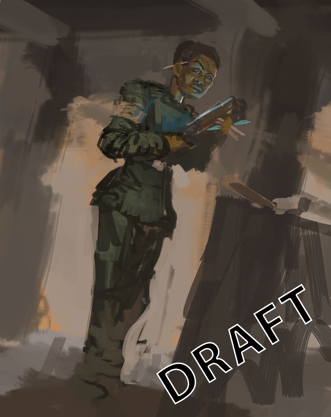 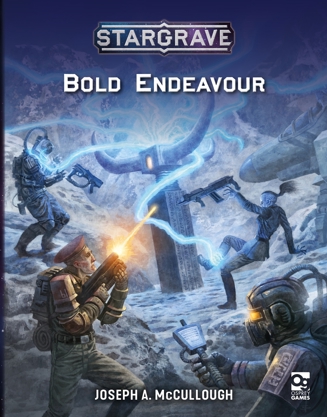 A Stargrave supplement of exploration and adventure, full of strange and wonderful alien worlds, species, and technologies.

Just beyond the rim of what was once ‘civilized space’ lies the vast, colourful expanse of the Erebus Nebula. Its protostars and wandering planets once made it the subject of intense scientific curiosity, with numerous expeditions venturing into its glowing depths. None of these expeditions ever returned.

The only records of them after crossing into the nebula were fragmented broadcasts full of incoherent ravings. Curiosity gave way to fear, and the Erebus Nebula was largely forgotten, save in the lingering superstitions of veteran crews. Until now, that is. New signals originating from within the nebula have been detected. These transmissions convey incredible scientific possibilities – partial chemical formulae, schematics, and mathematical equations – any one of which would be worth a fortune if complete. Blinded by the potential wealth to be won, independent crews flock to the Erebus Nebula, heedless of the perils it may hold…

In this supplement for Stargrave, players chart a course into a mysterious region of space where not all the normal rules of physics apply. Crews will brave a host of new scenarios, facing terrifying dangers and making first contact with strange alien species. If they are fortunate, they will survive these encounters and may even acquire new technology and new recruits. This volume also contains expanded rules for crews’ ships, including new upgrades, rules for emergency extractions,  and thrilling events that the crews may need to navigate as they travel.

Which new Joseph A. McCullough release are you most looking forward to? Let us know below!

And we have more wargame news right here a week today, Wednesday February 1st.
Don't forget to sign up to our newsletter to be the first in the know...