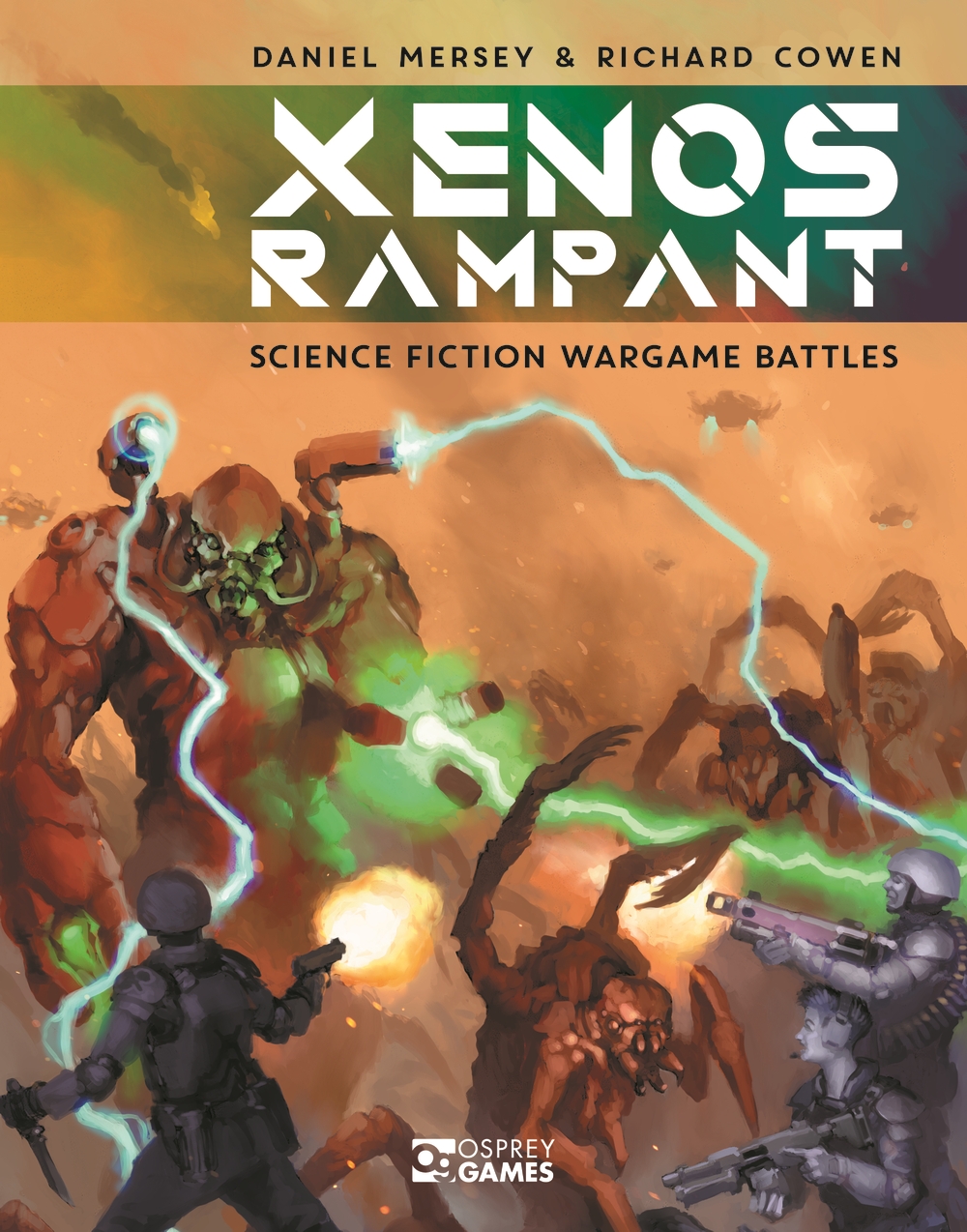 Xenos Rampant, the new sci-fi large skirmish wargame from Daniel Mersey and Richard Cowen, is out now! Read on to learn more, find reviews, and order your copy...

Science Fiction wargame rules for large skirmishes, based on the popular Rampant system.

Xenos Rampant is a setting agnostic, large skirmish, miniature wargame for fighting science fiction battles using 28mm figures. Developed from the popular Lion Rampant ruleset, the core mechanics featured within will be instantly recognisable to those familiar with the other Rampant systems, while still being accessible to new players. Xenos Rampant contains all the rules, army lists, and scenarios required to fight science fiction battles as well as a whole host of subgenres including: post-apocalyptic, weird war, near future. So, whatever your science fiction preference, the rules can cover it – just let your imagination run rampant.

Watch the Guerrilla Miniature Games review to find out more!

Xenos Rampant is out now. Order your copy today.