In today's blog post, find out what John is most excited for reader's to discover in this year's annual, some of the editing challenges and more! 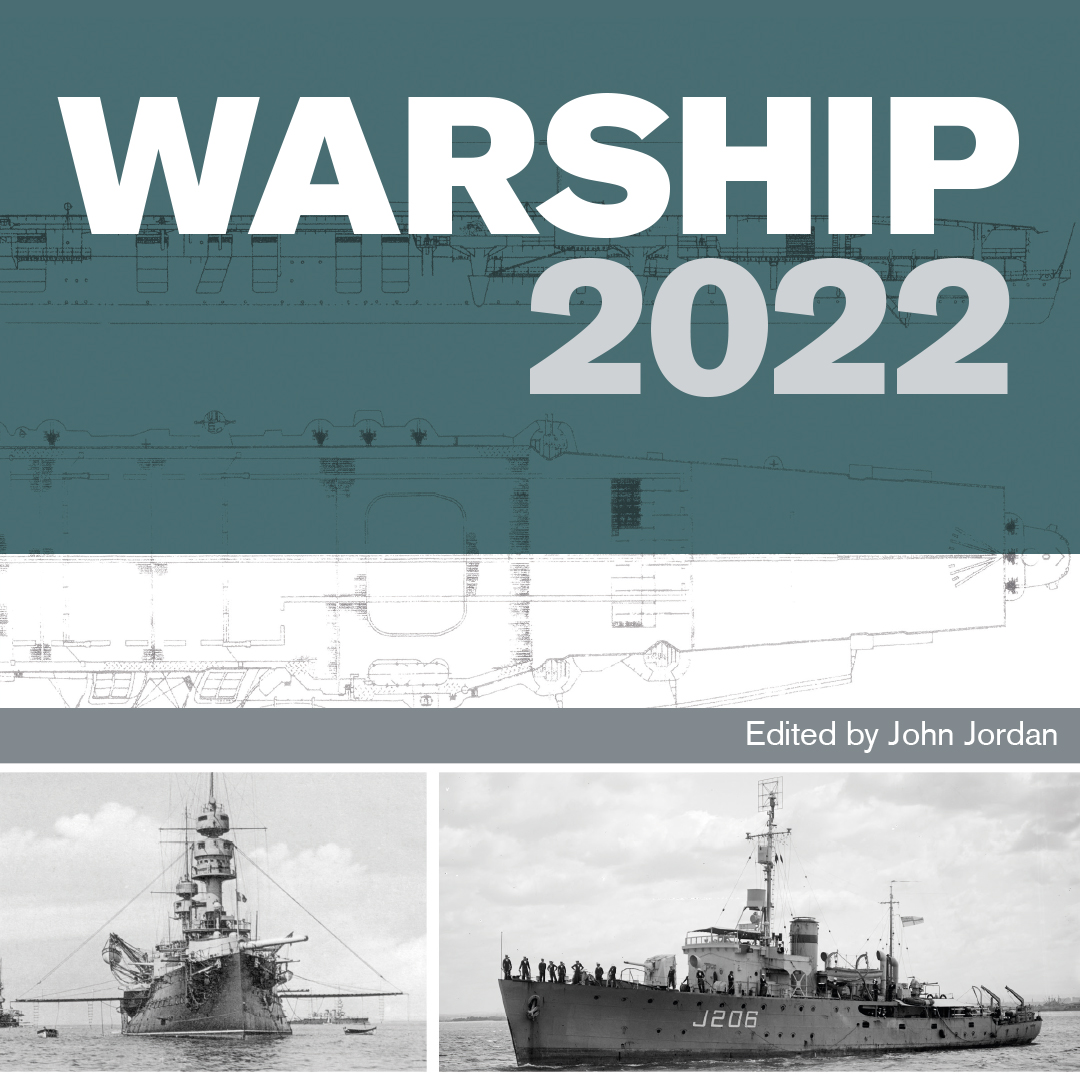 What are you most excited for readers to discover in this year’s edition?

We pride ourselves on our ability to shine a new light on particular classes of warship, especially those designed and built overseas whose general characteristics have been recorded in secondary reference sources but are often incomplete or in error. However, occasionally design projects which were previously unknown or undocumented are unearthed by our contributors during their research. Prominent in this year’s edition is an article by Stephen McLaughlin on the planned successors to the giant Soviet battleships of the Sovetskii Soiuz class, which we featured in Warship 2021. The article is informed by the latest Russian-language material on these designs, and is illustrated by labelled drawings by myself based on copies and photographs of the original plans taken by Stephen and his Russian colleague Sergei Vinogradov in the Russian archives.

Why do you think readers are so fond of the annual?

Many of our readers write to me to tell me how much they look forward to receiving the new edition of the annual. They appreciate the quality of the writing and the illustration, which is characterised by specially-commissioned drawings and unusual photographs, many previously unpublished. However, one of the features of Warship that they find most appealing is the variety of the coverage. The content of each annual is carefully selected to give a balance in terms of type of warship, nationality and period, and each of the articles is sized in such a way that it can be read in a single session. Readers often tell us that they enjoyed articles that are outside the normal range of their interest/expertise simply because they are so well written and presented, by authors who are completely engaged with their subject matter.

What do you find most challenging about editing the annual?

Given the breadth of our coverage and the different backgrounds and nationalities of our authors – nine out of twelve of this year’s feature articles were submitted by authors based outside the UK, for many of whom English is not their first language – the major challenge in editing the annual is to ensure that all contributions conform to our ‘house style’, and that data tables in particular follow a broadly common format. Some of our regular contributors make a real effort to present their material in a format suited to the annual, while other contributions require a lot more work. As Editor I try to ensure that the articles retain the individual imprint of the author (and that they do not read as if they are all written by me!), but the keynote is clarity: if the meaning of a phrase/sentence is not clear to me it will probably likewise confuse the reader. For tables the issue is complicated by the different systems of measurements used. Data published in Japan and Europe generally uses the metric system, even for warships designed and built prior to its introduction. This is a particular problem for the Imperial Japanese and the Russian/Soviet navies, and leads to anomalies such as 9in armour being rendered as 229mm(!). The keynote here is authenticity, so measurements for ‘pre-metric’ ships are generally expressed in imperial with the metric equivalent in parentheses.

Which book would you most recommend from the Naval Books of the Year section?

There are books to suit all interests in our Review section, and individual readers will have their own preferences. My own personal favourite from this year’s selection is John Roberts’ HMS Cossack: Detailed in the Original Builders’ Plans, largely because I love ship plans but also because the detailed commentaries on these plans are a mine of information on building and operational practices in the Royal Navy and testify to the breadth and depth of the author’s own personal researches. HMS Cossack is part of a series devised as a collaboration between Seaforth Publishing and the National Maritime Museum, and while the plans in this particular book are not the most attractive in the series – the plans of the larger ships, particularly those built by John Brown on the Clyde, are veritable works of art, with the draughtsman employing a range of coloured inks – the labelling on the plans is more legible due to the larger scale of reproduction.

You can find out more about this year's annual on our website.