On the blog today, author David Greentree examines why Narvik was a lost opportunity for the allies. 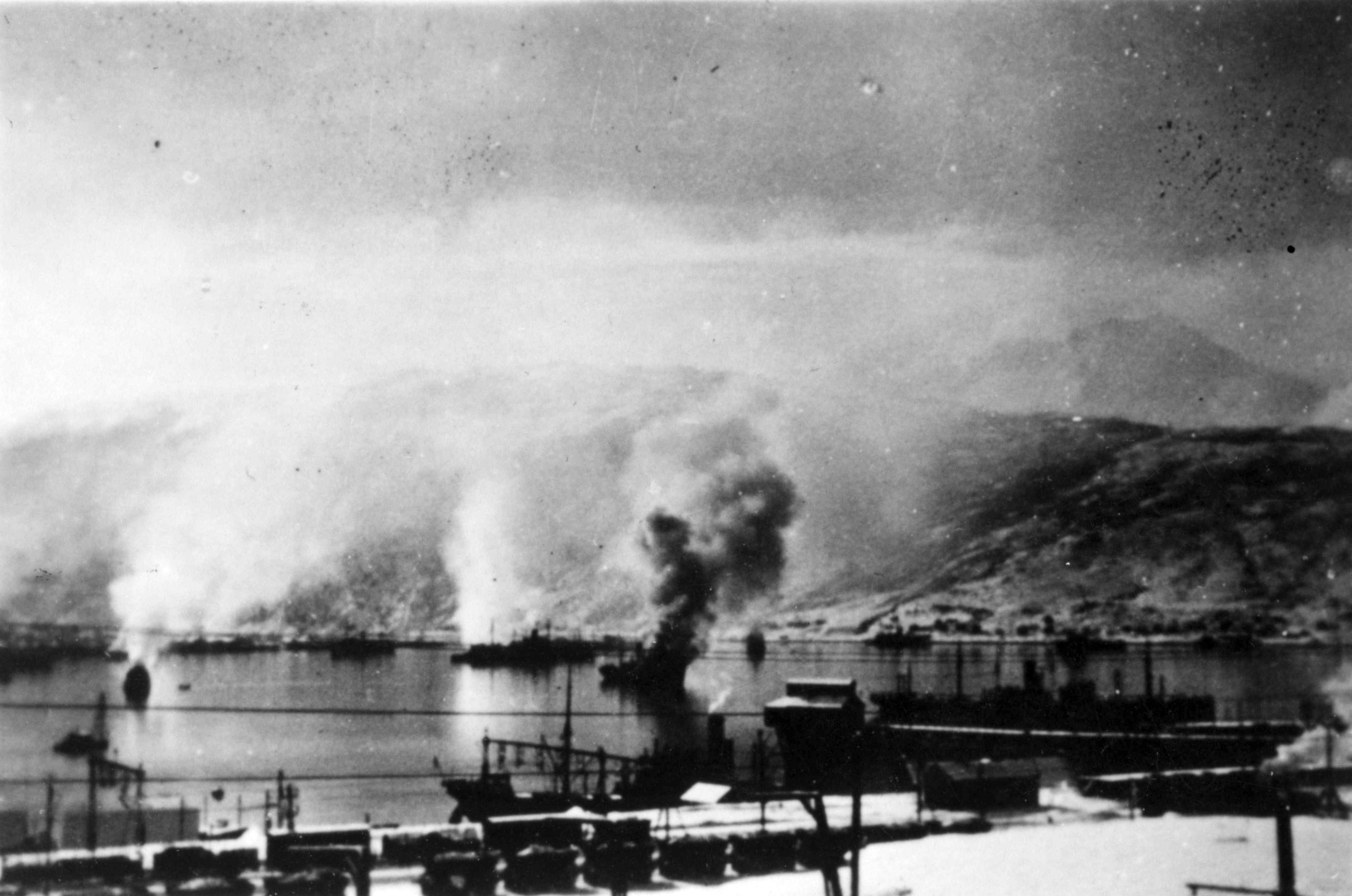 The 2,000 Gebirgsjäger sent north to Narvik by sea some 1,200 nautical miles from North Sea German ports had embarked upon a perilous mission on 6 April 1940. Narvik, located within the Arctic Circle, was the rail terminus for trains taking iron ore from the Swedish mines located around Kiruna. The iron ore was sent on the railway during winter when the Swedish harbours froze.

Iron ore from Sweden was seen by both sides as vital to the German war effort. The German armaments industry depended on a steady supply. Narvik shipped 40 per cent of Germany's iron ore needs from Sweden to Germany. The supplies from northern France would be just as important when the Germans took them; the Allies, though, did not expect to lose them by May 1940 and the British had prepared plans to seize northern Norway and then march along the railway to Kiruna to stop the Germans from being supplied with the iron ore they could buy. The excuse would be helping the Finns against the USSR. When Finland made peace during March 1940, these plans were put on hold, though an operation to interdict the iron ore shipments from Narvik was not dismissed. Germany continued planning for a Norwegian operation, too. Not only would the occupation of Norway guarantee the Swedish iron ore from British and French interference, it would also provide an opportunity to establish bases on the Norwegian Sea. These would be particularly useful from 1942 because Allied war aid would increasingly be shipped year round to Murmansk, a port on the Barents Sea. Bases in northern Norway would permit the Germans to intercept this aid.

Sending forces to Narvik from Germany in order to seize the port by surprise was ambitious, but necessary: invading Norway would be futile without capturing the port because of the distance between Narvik and the capital. Seizing Oslo would not necessarily lead to Narvik falling if the Allies could establish forces in northern Norway. German air superiority could not be achieved at Narvik rapidly because of the lack of nearby air bases. If the Allies could capture the town and destroy Dietl's force of Gebirgsjäger, Germany would have to divert forces, especially planes, to northern Norway when they were needed in France.

Narvik was a lost opportunity for the Allies. Firstly, the German destroyer flotillas taking Dietl north might not have reached Narvik had the weather not worsened. A strong Royal Navy force was laying mines amongst the sea lanes used by freighters taking iron ore from Narvik to Germany. The storm led the British fleet commander to take his destroyers further out to sea, enabling the German warships to pass unnoticed. Then, at Narvik harbour on 9 April, the Norwegian guard ships were sunk without landing a shot on target. The commander of the first guard ship had agreed to a German delegation boarding his ship to talk; when these talks failed, a signal to engage was sent by the departing Germans. Torpedoes sank the Norwegian ship within minutes. The other Norwegian guard ship was also torpedoed within the harbour. When the Gebirgsjäger landed, the Norwegian commander quickly capitulated, despite his opponents numbering only three companies. Dietl had sent most of his men along the northern fjord, landing a force at the army depot several miles away. The Norwegian battalion stationed there had marched to Narvik when they heard a German attack on the port was possible. Had the battalion stayed put and destroyed the depot, Dietl would not have been able to get hold of 8,000 rifles, 300 machine guns, rations, and winter clothing needed to supply his men and the sailors.

On 10 and 13 April, the British Fleet sortied along the fjord, sinking some German destroyers and making others scuttle. Despite the rapid destruction of the German fleet, the Allied commanders of 24th Guards Brigade, sent to Harstad on the nearby Lofoten Islands, would not attempt to storm the town from boats. The Norwegians would be Dietl’s main enemy, organizing two brigades with support units, totalling some 5,500 men; they were opposed by about the same number of German defenders. The Norwegians would be assisted by two demi-brigades of French infantry (two battalions from the French Foreign Legion and three battalions of Chasseurs Alpins unused to the harsh winter climate) plus four battalions of Poles. The British Guards Brigade would see little combat around the port area; they would be shipped south to delay a German relief column at Trondheim marching north.

The campaign would last from early April to early June, long after France was attacked on 10 May. German Gebirgsjäger would find themselves isolated, and Dietl nearly took them into Sweden and internment. Delays organizing the attack on the Gebirgsjäger around Narvik gave the German relief force the time it needed to defeat elements of the Guards Brigade, who would be committed piecemeal on the long narrow route the Germans had to take; the ships taking them south were interdicted by the Luftwaffe.

British commanders slowly prepared the attack on Narvik. On 28 May, the Norwegians and Foreign Legion from the north and the Poles from the south threw Dietl out; however, his force was not destroyed and in early June would be relieved when the Allies withdrew from Narvik, deciding France must be the priority. Norwegian efforts to isolate Dietl from the Swedish border (across which his troops were being supplied by rail shipments from Germany) had only narrowly failed.

Notions that control of the sea lanes by the Royal Navy alone could stop a German amphibious force had to be rethought by the British. This assumption had led to ambitious British landings in central Norway that dissipated Allied strength. The Allies could not decide between taking the harbour facilities at Narvik, or keeping the Norwegian government fighting by taking Trondheim. Sending forces to take both objectives would not work. The Germans used the Luftwaffe effectively against the landings near Trondheim, whilst they could not do the same immediately at Narvik. The Royal Navy would soon need to fight to maintain their sea lanes of communication from air interdiction. The early indications that sea power could be defeated by air power made themselves noticed at Narvik and in northern Norway.