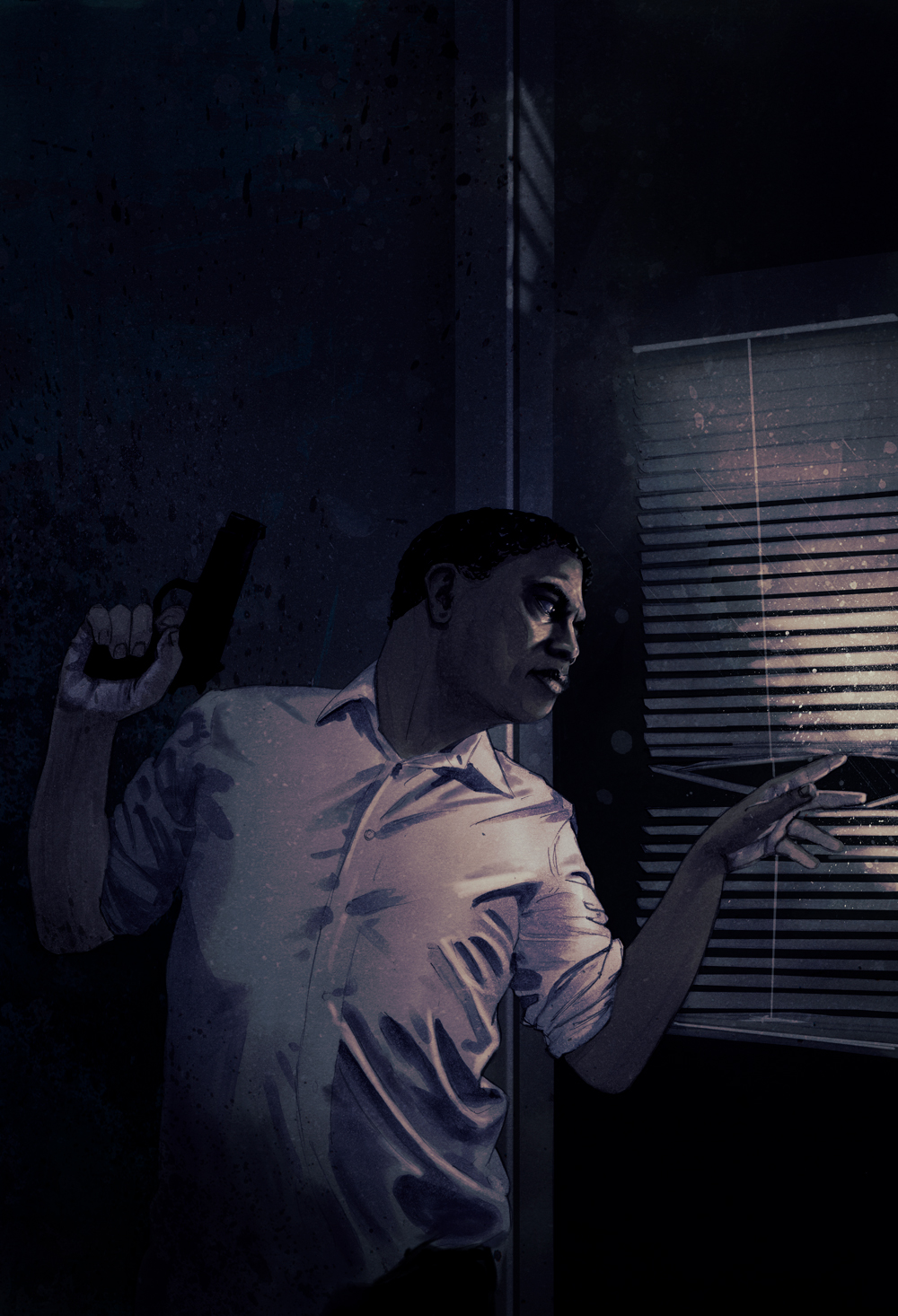 One week to go until the release of Hard City - and you know what that means! We have one last blog for you from author Nathan Russell, digging into the system and mechanics that will power your journey through this film noir world of intrigue and betrayal...

When I began designing Hard City I knew it would use the Action Tales! game engine as its core, as the system is quick, intuitive, and lets you focus on what your characters do in the tough situations in which they find themselves. The game uses a dice pool mechanic to resolve actions and I have introduced a few helpful tricks to emulate the noir genre and get you into the game as quickly as possible. Let’s take a look at how the game plays, shall we?

Like most roleplaying games, Hard City starts with conversations. The game-master sets scenes or describes a situation, the players say what their characters are doing, and things go back-and-forth as the action unfolds. By using a little common sense most situations unfold in a logical manner until a character attempts something dangerous or an outcome is not a foregone conclusion. At that point, the game’s mechanisms kick in and some dice will be rolled to resolve the action (more on that in a moment).

At the heart of all the cool descriptions in the game are tags. These are words or phrases that describe the world and the people that inhabit it. When the GM says a room is on fire, that’s a tag. When your character has the trademark Investigator, or the edge eye for detail, those are also tags. Tags might be written down on a character sheet, sticky notes, or a map, but can also just come up in play through the descriptions. Essentially, any significant detail about a person, place or thing is likely to be a tag. This is an important concept, as you will use tags to help build your dice pools.

Actions in Hard City are resolved by making a check, which requires you to build and roll a pool of Action dice and Danger dice. These are six-sided dice in two different colours. Your pool always starts with a single Action die, and you can add another if you have a helpful trademark. Each useful edge under that trademark, and anything else in the scene that makes the action easier will also add Action dice. This can include things such as having a better position, taking your time, or if an opponent is injured or confused. Then you add Danger dice for anything that will make the action harder – an opponent’s skill, being outnumbered or rushed, or having an injury for instance. It is very easy and quick to build these dice pools as you describe and talk through the action.

When the pool is built, roll all the Action and Danger dice together. Each Danger die will cancel out a single Action die with a matching number. So, if you roll 4, 4, 5, 6 on the Action dice and 2, 4, 5 on the Danger dice, two of the Action dice (the 4 and 5) will be cancelled and removed from the pool. After all the matching and cancelling is completed, the highest remaining Action die is your result. A “6” is a complete success, and if you have multiple 6’s remaining you get boons – critical successes that give additional advantages. If the best remaining Action die is a 4 or 5, then you have a partial success, while a 1, 2 or 3 indicates that the action has failed. If all the Action dice are cancelled out, or if only 1s remain, then the check has been botched and the action critically fails.

It is quite fast and fun in play, and while you can stack the odds in your favour you are never guaranteed success. Characters often get partial successes, which means they do whatever they were attempting, but at some cost. This can make things quite tense! 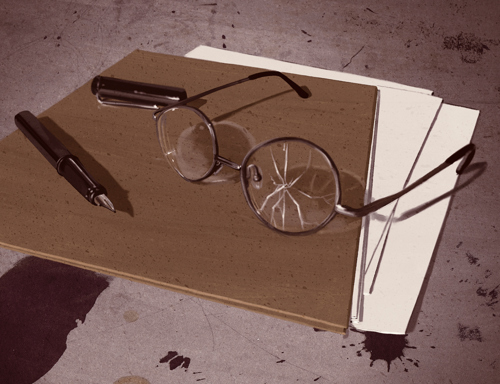 When a check is failed or only partially succeeds, some consequence will be applied to the scene or character. This might mean a minor set-back such as the action taking extra time or more enemies turning up. It can also result in a character taking a condition or suffering harm. A condition is a tag that describes some physical, mental, or social drawback, such as being tired or angry. There are six conditions listed on the character sheet, but a GM can make up others. When a character indulges too much in alcohol, for instance, they might become drunk and suffer penalties to physical actions and thinking straight. Also, if a character is ever frightened, they can also take a few swigs from their hip flask and swap the shaken condition for the drunk one instead! I particularly like the dishevelled condition, which indicates a character’s clothes are dirty or torn, or their hair messed up, and they suffer penalties in social situations.

Combat uses the standard dice check system and I am really pleased with how it keeps the focus on the story and helps to emulate film noir genre tropes. It should be noted that all rolls in Hard City are player-facing – only the players roll checks, while the GM adds Action or Danger dice depending on the situation. In combat this means that when a character attacks they build a pool that factors in the likelihood of them hitting a target, but when they are on the defensive they will roll a pool that is built based on how they are avoiding harm.

Another cool thing about combat is that a character’s action determines their initiative order. Those who want to talk or move will get to act before those who shoot or throw a punch. While not necessarily realistic, it means a character can attempt to intimidate an enemy or defuse a situation with reason before the lead starts flying – which is lucky because injuries will rack up fast.

When a character is harmed, they will suffer a light, moderate or serious injury, and write a description on their character sheet. This injury is a tag that can affect future actions. For example, if a character has a cut hand they might find actions requiring manual dexterity more difficult. Most characters can only have three injuries written on their character sheet before they are taken out, though when you suffer a new injury you can choose to change a light or moderate one to a more severe state. The overall result is that your characters will be wandering around town with black eyes or their arms in a sling as they complete their investigations. I love how this nicely emulates films such as Chinatown, where we see Jack Nicholson’s character Jake Gittes with a bandage on his nose for half the film.

There’s a bunch more stuff in the game, such as extended checks and guidelines on running chases and interrogations that I haven’t talked about, but I think I’ve covered the core concepts and pointed out some of the cool bits that you will find in the book. I hope you enjoyed this peek into Hard City.

That's all for this blog series, but watch this space for gaming resources like form fillable character sheets and more!