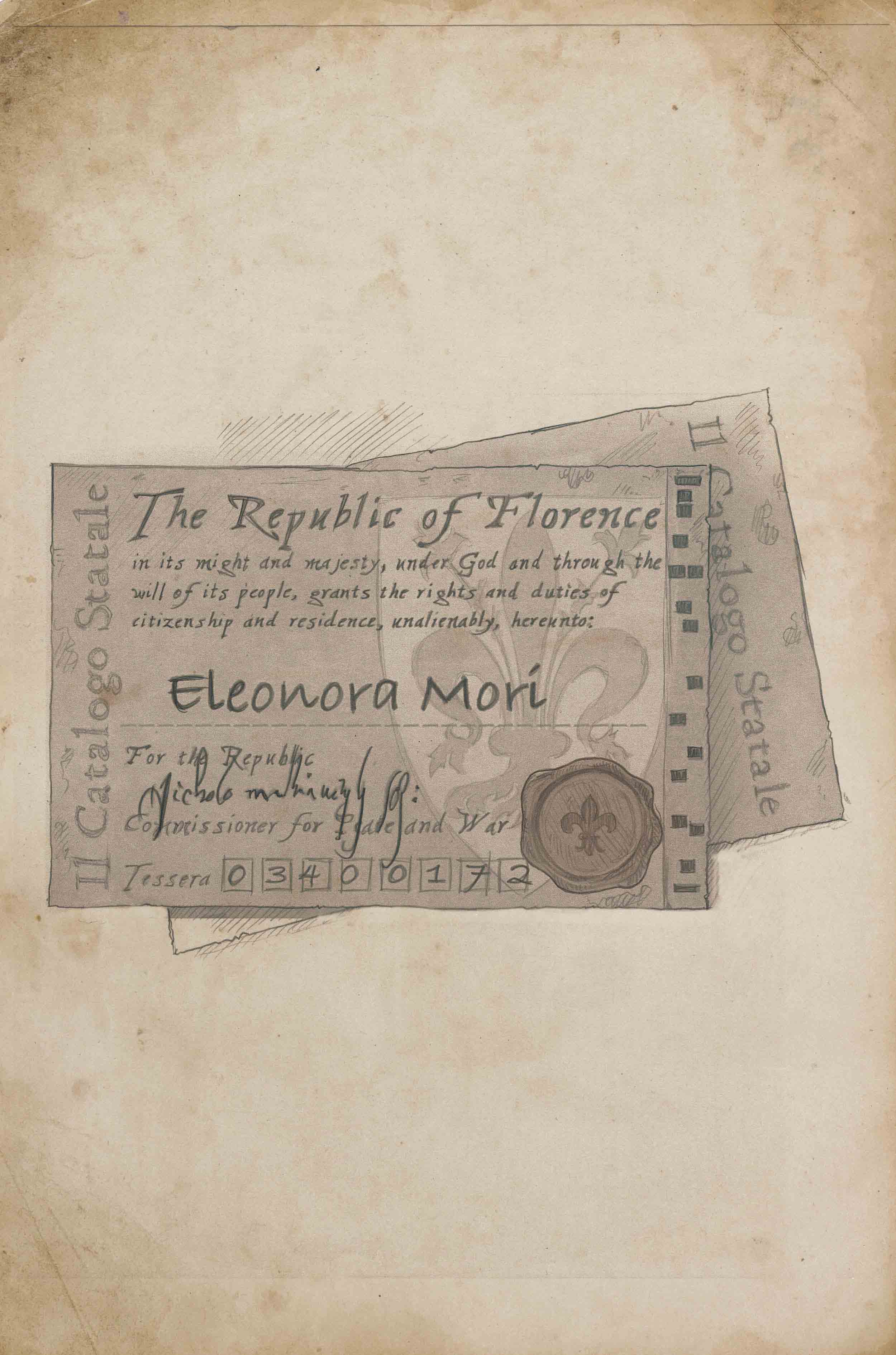 Gran Meccanismo: Clockpunk Roleplaying in Da Vinci's Florence is out now! Can't wait to have your character ready and start playing? We've got four completed sample character sheets created from character ideas by author Mark Galeotti and matched with beautiful illustrations from the book by Teresa Ramos. Whether you're looking to choose one for yourself and get a game on the table as soon as you can - or to find inspiration for your own creations - read on to take a look... 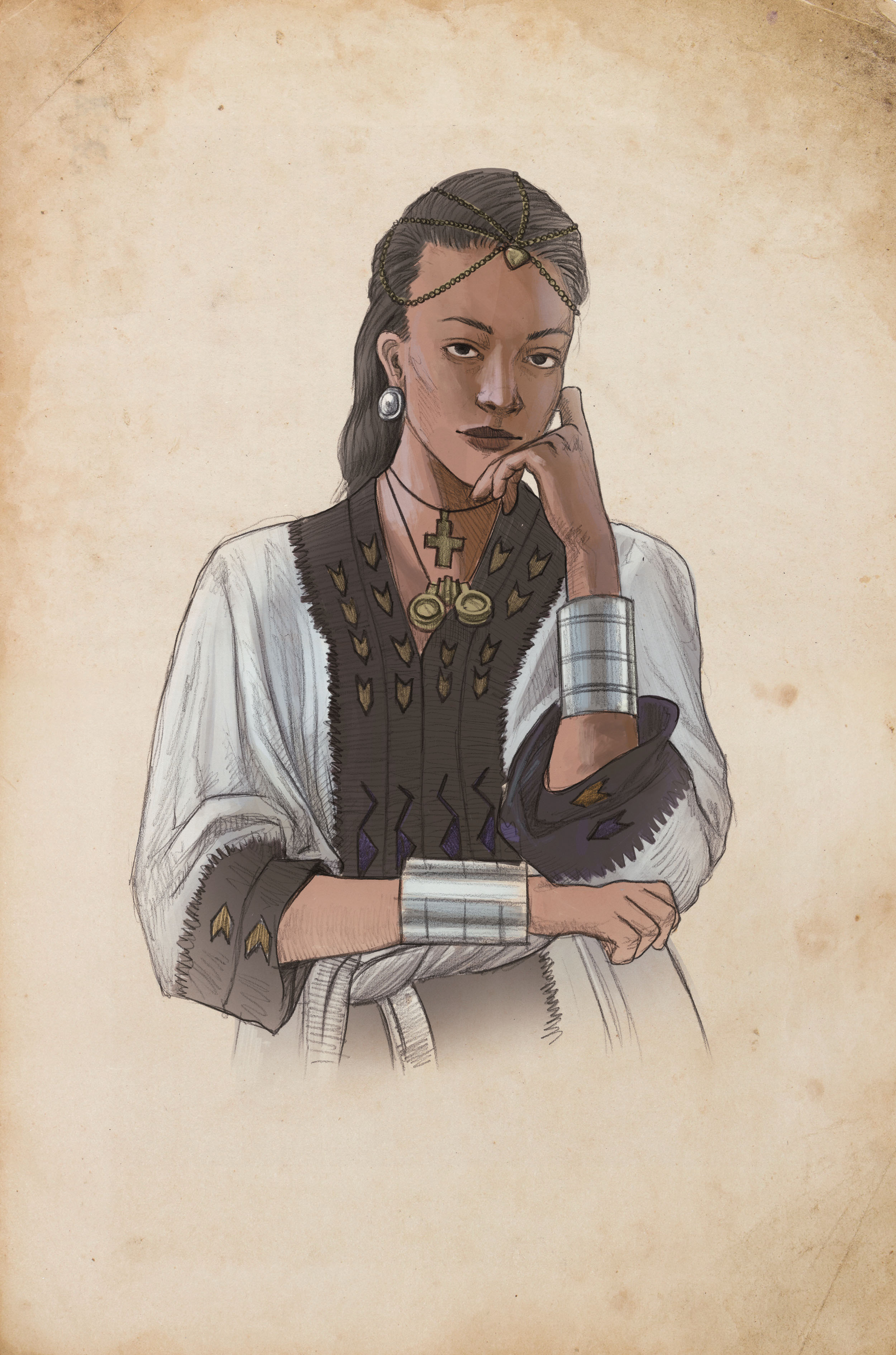 After being dumped in the near-frozen waters of the River Po, you were lucky to fall into the hands of Niccolo Leoninceno, the master-surgeon of Ferrara. Somehow the cold had preserved you enough that he could revive you with his amazing unique clockwork heart. Your memories are lost, your past unknown, but nonetheless Florentine spymaster Francesco Soderini took you under his wing. You have thrived in his service, as sometimes spy, sometimes courier, sometimes sounding board. But increasingly, you have been having vivid nightmares of hands pushing you under ice, and soon you will have to spy out your own past. 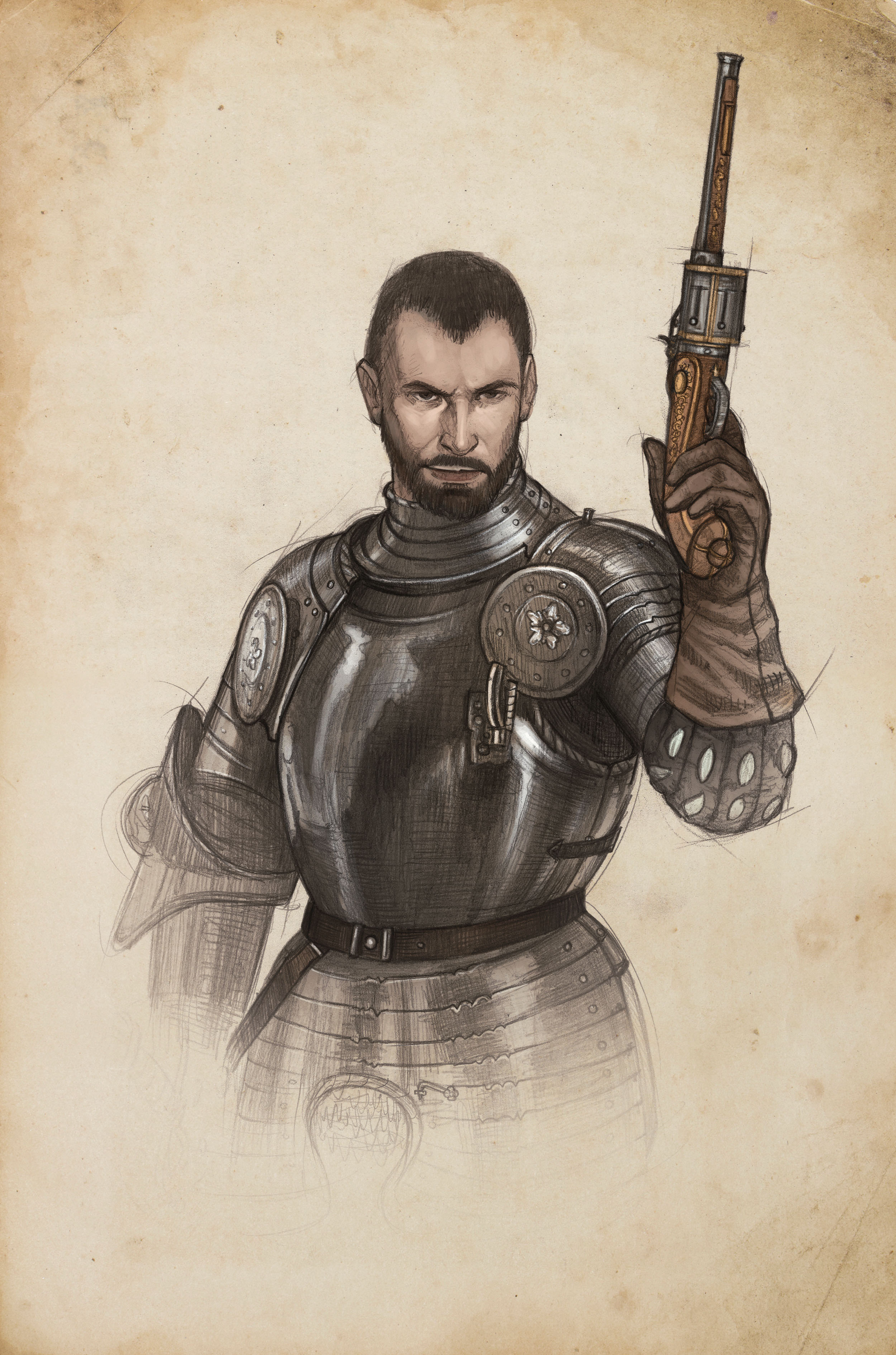 As a hard-bitten soldier from the backstreets of Florence, you've served in a dozen campaigns, first as a mercenary, then in the Republic's new professional army. Your life has been painted in blood, usually your enemies'. Now you're 40 though, and mortality is beginning to weigh on you. Time to put some money aside, to think of the future? Or is that just weak? A soldier you've lived, and a soldier you'll die, and maybe that's all there is. 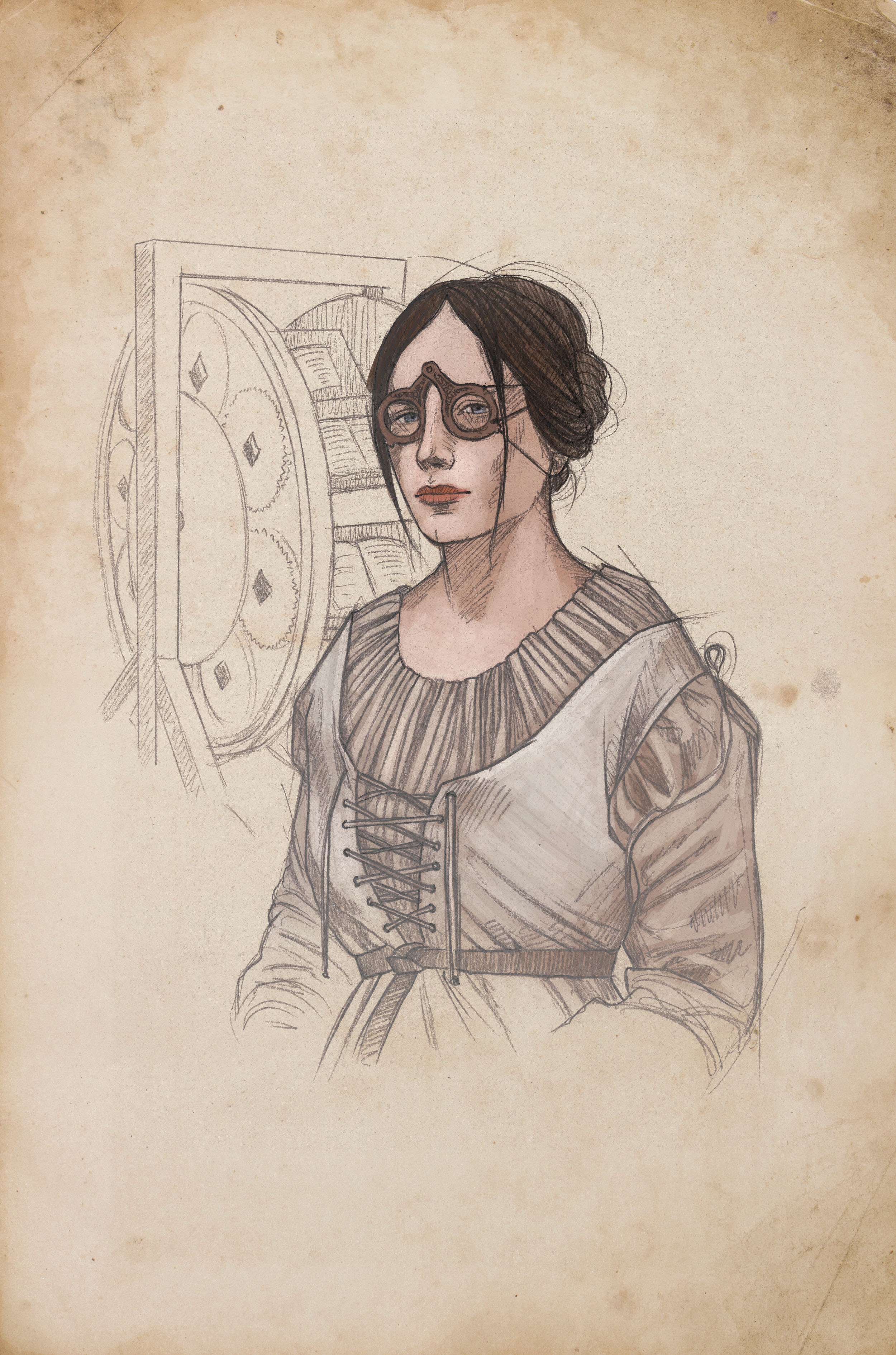 You resent having to wear the yellow badge of a Jew, but if this is what it takes to be part of the glorious new scientific revolution, so be it. In clocking, the programming of automata and thinking engines, humans come closest to the divine, and in the purity of codes lies the numerological glory of the kabbalah. The Florentines - including da Vinci himself - were quickly impressed by your talent and passion, even if your father in exile in Milan does not. 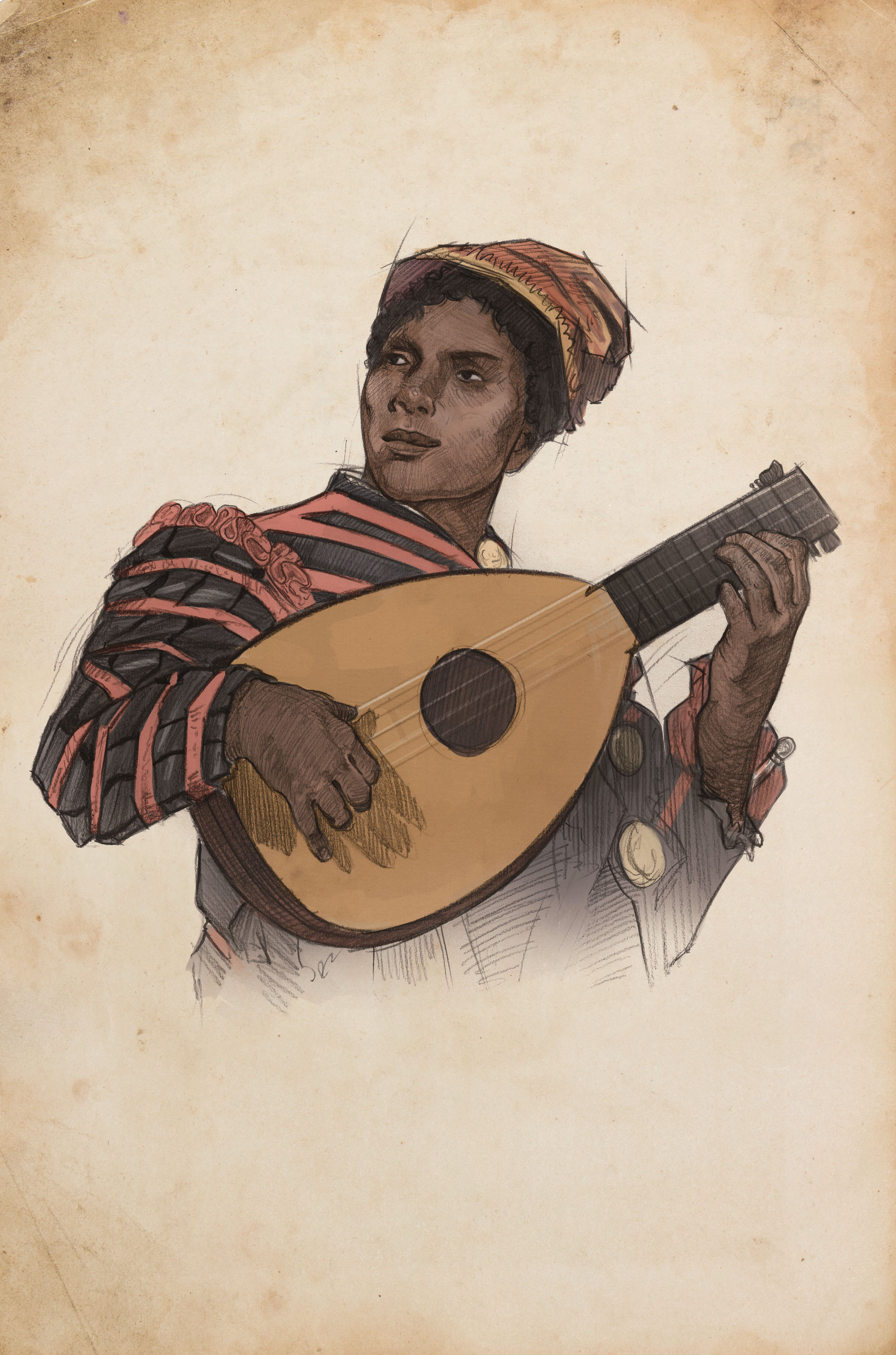 You've always been trusted and believed, as if an open face and a quick smile could never hide a selfish heart and a lying tongue. You do have honour of sorts, sticking to the truth where you can, even if you do shape, bend or bury it. Whether a get-rich scheme in Venice or a wealthy widow in Parma, you've been into everything you thought you could turn to your advantage, relying on a witty joke, a lyrical ballad, or if all else fails, a fast horse and sharp knife.

Find all the character sheets under roleplaying on our Gaming Resources page!

Gran Meccanismo is out now. Order your copy today.