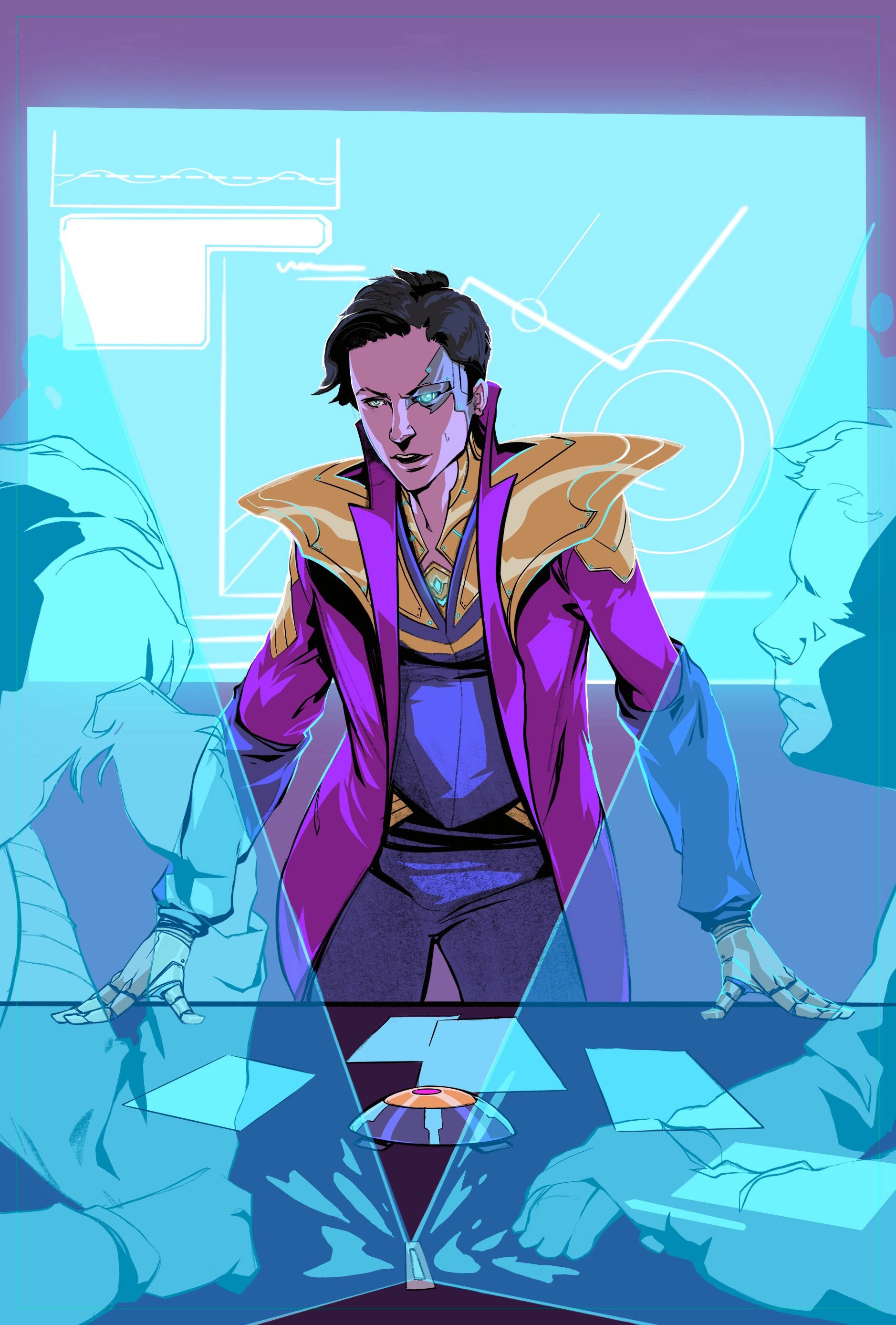 We recently ran a play-by-poll choose your own adventure on Twitter for our neon-noir RPG, Crescendo of Violence, written by the author Alan Bahr! Over two weeks we posted a scenario in daily chunks and our Twitter followers voted on what action the protagonist should take. The winning answer shaped the story moving forward and took it in entirely different directions on the fly. We've collected together the full narrative with all the final results here. Read on to enter Neo York...

It’s a drizzling morning in Neo York, just like it always is. Your holopad blinks its irritating little neon light incessantly, indicating you have some new messages. Some are from names you recognize, and some are entirely new. Which message do you answer?

An AR image of Isabele Oppen appears. "I was referred by your previous employer. I've got a real problem". You open up WETnet and search for Oppen. "My father is missing, and I think my mother might be involved." Newsfeeds flash before you. There it is - the Iannelli family.

With a quick pulse to your dumbbox, you call for a cab. The faint oceanic scent of repeltech precludes it's arrival and you get in. It smells like smoke and copper, with tinny synth-jazz playing. "Vinchi's". After a brief hover to the location, you get out. 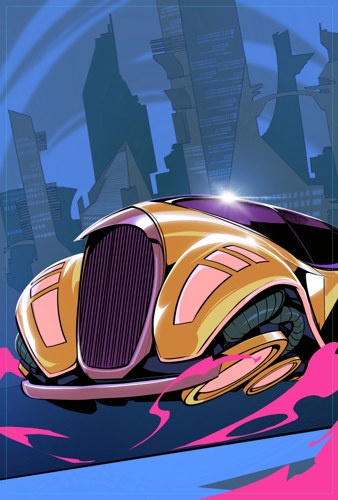 Your AR beeps, and a Neo York Police warning flashes. "Access Prohibited. Crime Scene". Yellow AR stripes fill your view for a moment. "Hey pal." A uniformed officer approaches you. "You can't be here. Restricted area." You think you know the officer, and he's on the take...

"I'm Detective Lavinski from NYPD P27. Here is a consultation related to this situation and one of my cases." The officer eyes you. "Your AR doesn't match." "Sorry. Been meeting with a contact, had everything off and at the station. You know how it is." He waves you in. 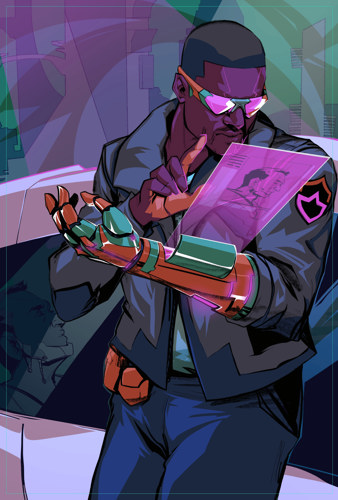 Once inside you see bullet holes, broken furniture, and shattered glass everywhere. Something bad happened here. You find a body under a static sheet in the corner. Quickly and furtively, you flip it back and scan it. Antonio Oppen. Shot to death.

With a quick press of your dumbox, and a swipe of a command on your AR overlay, you download the log. Making your way out, you hail a taxi and begin to review the data. You only have limited time before the GPS biometrics on the AR will lock so you have to prioritize:

The AR overlay of the video shows Antonio having a good time, the way only the wealthy in Neo York can. With a violent sound of staccato gunfire, that good time ends. You have to rewind the video and try to find the source. There it is, you can almost make it out.

With some tweaks and a pass through some software you picked up at a darkmarket, you manage to sift through the video. Flashes of gunfire still make it difficult to parse, but you narrow down on two faces pulling the trigger. Iannelli hired guns. You know where to find them.

With a quick flick, you send a message to an old friend. "Tangling with the mob. Could use a gun." You get a message back quickly. "Sure. I owe ya one." You get to the location, and as you're waiting for your friend, you hear a scream.

You wait for your friend to arrive, but a second scream sends you into action. You crash through the front door, gun in hand. Two Iannelli thugs, familiar faces, lay on the ground, dead. Isabele Oppen stands over them, a literal smoking gun in hand. 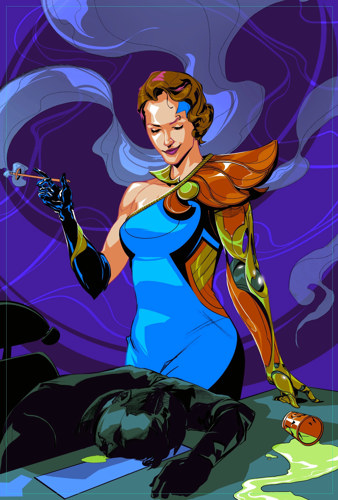 "They said you weren't that competent. Just a washed-up drunk." The gun in her hand stares you down. "Not a lie." You quip, as your mind races. Her face tightens. "Too bad." A loud gunshot rings out, and the neon lights of Neo York reflect on your blood as your story ends.

Crescendo of Violence is available now. Start your own story today.

And follow us on Twitter @OspreyGames to take part in play-by-polls for new RPGs in the future!