Your country needs you! We're proud to announce a brand-new Undaunted game coming next year - this time taking players to the skies in the Battle of Britain...

This new entry in the award-winning Undaunted series brings the war to Britain and focuses on the drama and tension of air combat for the first time. You'll be able to get your hands on a copy Spring 2023. Until then, hear from our Senior Games Developer, get a first look at all the game details - and check out the incredible cover from artist Roland MacDonald!

"In Undaunted: Battle of Britain David and Trevor have produced a fascinating twist on the Undaunted formula that brings new challenges for veterans, whilst remaining accessible to new players, and staying true to the ethos of the series. The tactical manoeuvring and dynamism of air combat is a tricky thing to capture the feel of, and David and Trevor absolutely nailed it. Roland's art is stunning."
- Senior Games Developer Anthony Howgego 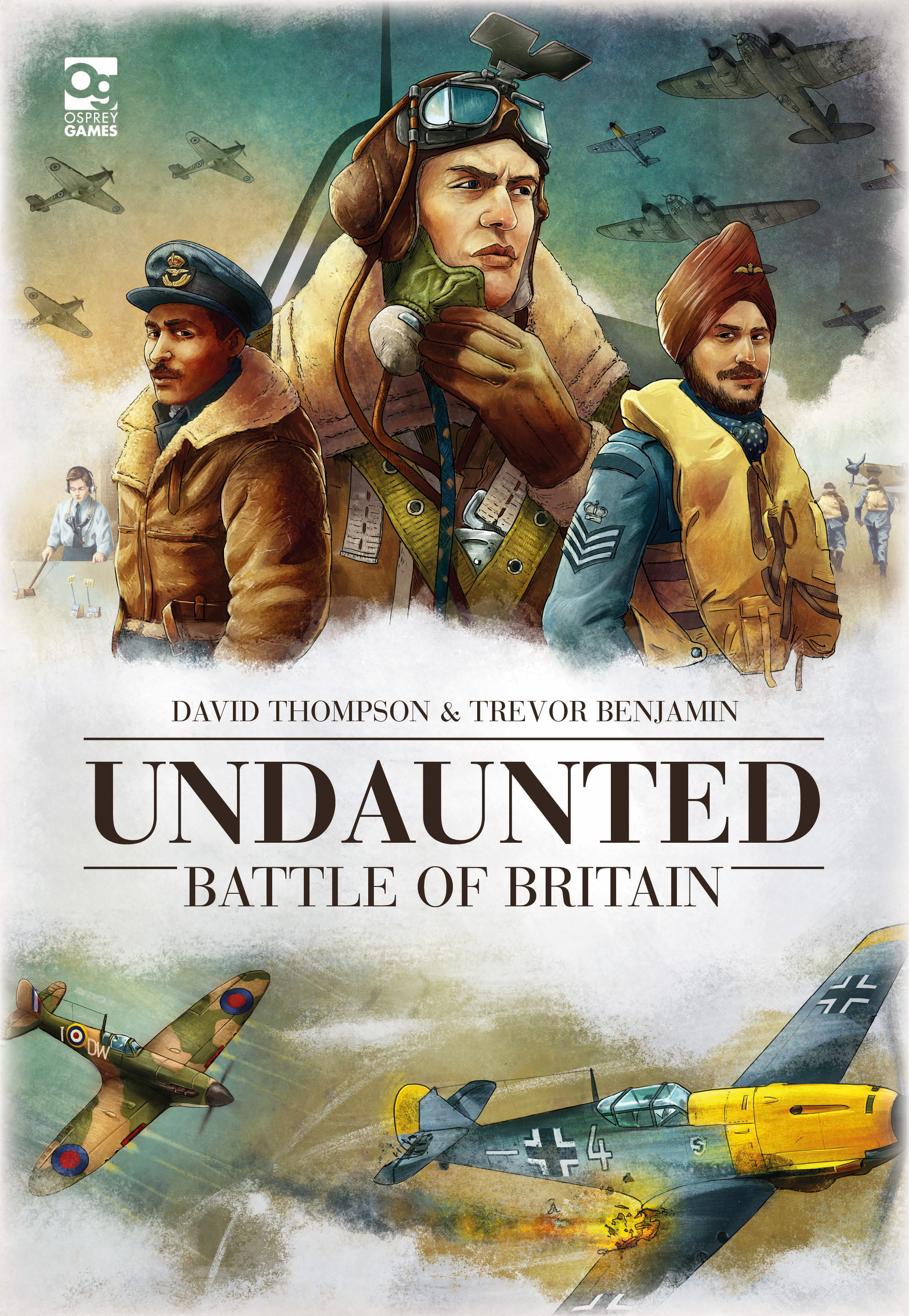 The RAF faces the Luftwaffe in this two-player deckbuilding game of aerial WWII combat.

Summer, 1940. The German war machine has rolled through the continent in less than a year, crushing all before it. Britain is all that stands in the way of German victory in Europe. Command the pilots of the battle-tested Luftwaffe, looking to extinguish all resistance and pave the way to invasion, or the resourceful and determined RAF opposing them at every turn.

Undaunted: Battle of Britain is a standalone game in the Undaunted series, adapting the core gameplay of the previous games to recreate the dynamic dogfighting of aerial combat. Maintain cohesion between your pilots, evade anti-aircraft artillery, and leverage talented aces to win the battle for the skies!