On the blog today, author Mark Lardas takes a look at the technology which assisted in the US Navy's victory over the kamikazes.

The United States Navy’s victory against kamikazes resulted from the integrated deployment of several technologies. These included radar-guided antiaircraft gunnery, the proximity fuze, installation of massive quantities of 20mm and 40mm antiaircraft guns, Draper Lab gunsights, and lots of carrier aircraft. Most of these innovations came from the efforts of one man: Willis Lee.

Willis A. Lee is best known to most naval history buffs for commanding US Navy forces at the Second Naval Battle of Guadalcanal. The battle hinged on a nighttime gunnery duel between Lee’s  flagship, battleship Washington and Japanese battleship (or battlecruiser) Kirishima. Kirishima came up short, getting crippled by Washington’s accurate radar-laid shooting. Later, he commanded the US Pacific Fleet’s fast battleships, missing an opportunity to trade broadsides with Yamato and Nagato during the Battle of Leyte due to an ill-considered decision by his superior, Admiral William Halsey. 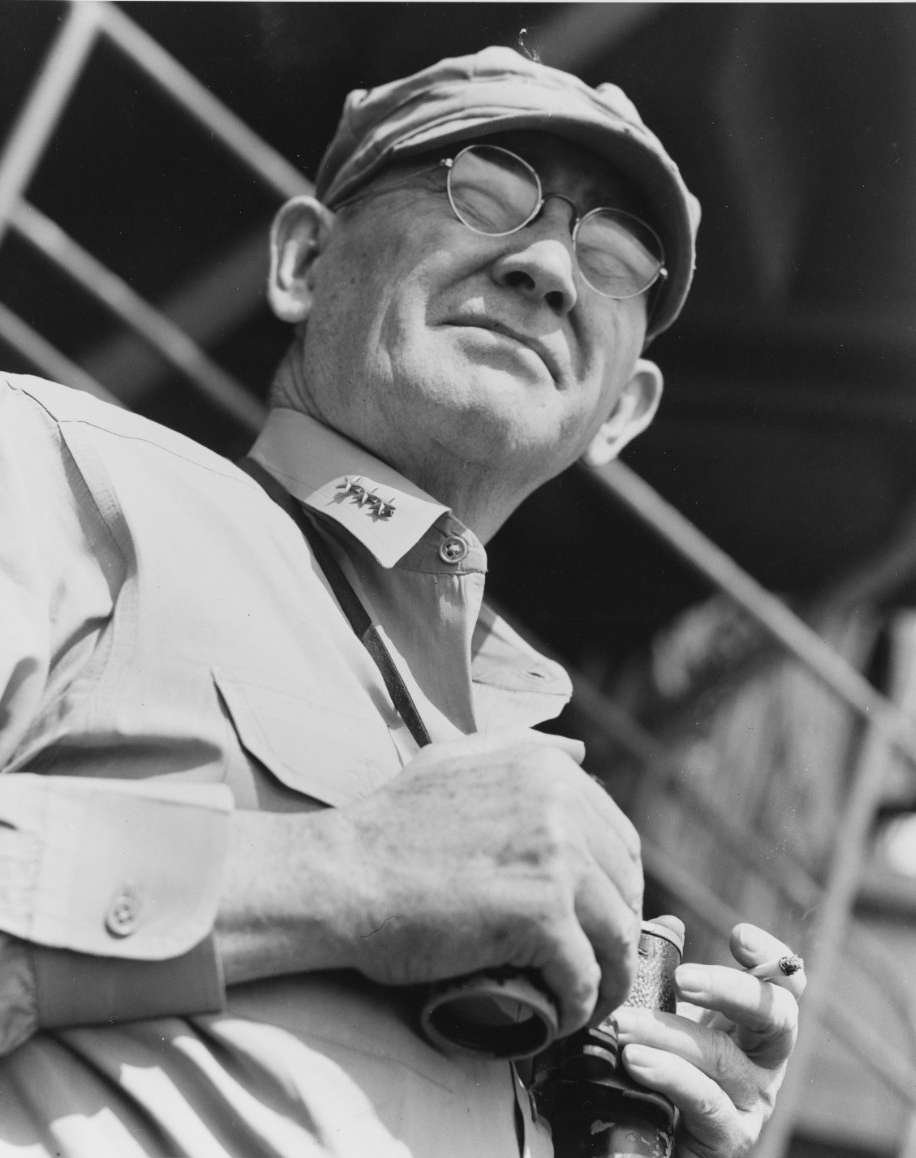 Admiral Willis A. Lee - best known as a battleship admiral, his innovations helped defeat the kamikazes

It is a mistake to dismiss Lee as “just a battleship admiral,” however. Lee’s influence went far beyond his command of a battleship division or squadron. His decisions and actions profoundly affected the US Navy during the Pacific War.

Between June 1939 and August 1942, Lee served as assistant director of the Fleet Training Division. Despite the name, one of the division’s primary responsibilities was weapons development. In that role he gave the US Navy the tools it would need to fight the Pacific War, and defeat the kamikazes. More importantly, his decisions kept the US Navy from getting tools it did not need.

Although Lee was a “black shoe” officer – one specializing in surface warfare, rather than aviation – he recognized the importance of naval aviation.  He helped kill production of the Montana-classbattleship and opposed adding six more Alaska-class large cruisers (armed with 12in guns) to the planned build of six. He wanted those resources devoted to building more aircraft carriers.

Additionally, as the senior member of the Antiaircraft Defense Board, Lee upgraded the number and hitting power of antiaircraft batteries aboard US Navy warships. He was instrumental in the decision to promote the 20mm Oerlikon and 40mm Bofors as the navy’s light antiaircraft weapons of choice over the pre-war 1.1in “Chicago Piano” the navy had initially selected. Had the navy fought the Kamikazes with the mechanically unreliable 1.1in as their main antiaircraft gun, the campaign would have gone much differently. The Kamikazes would have been significantly more successful. 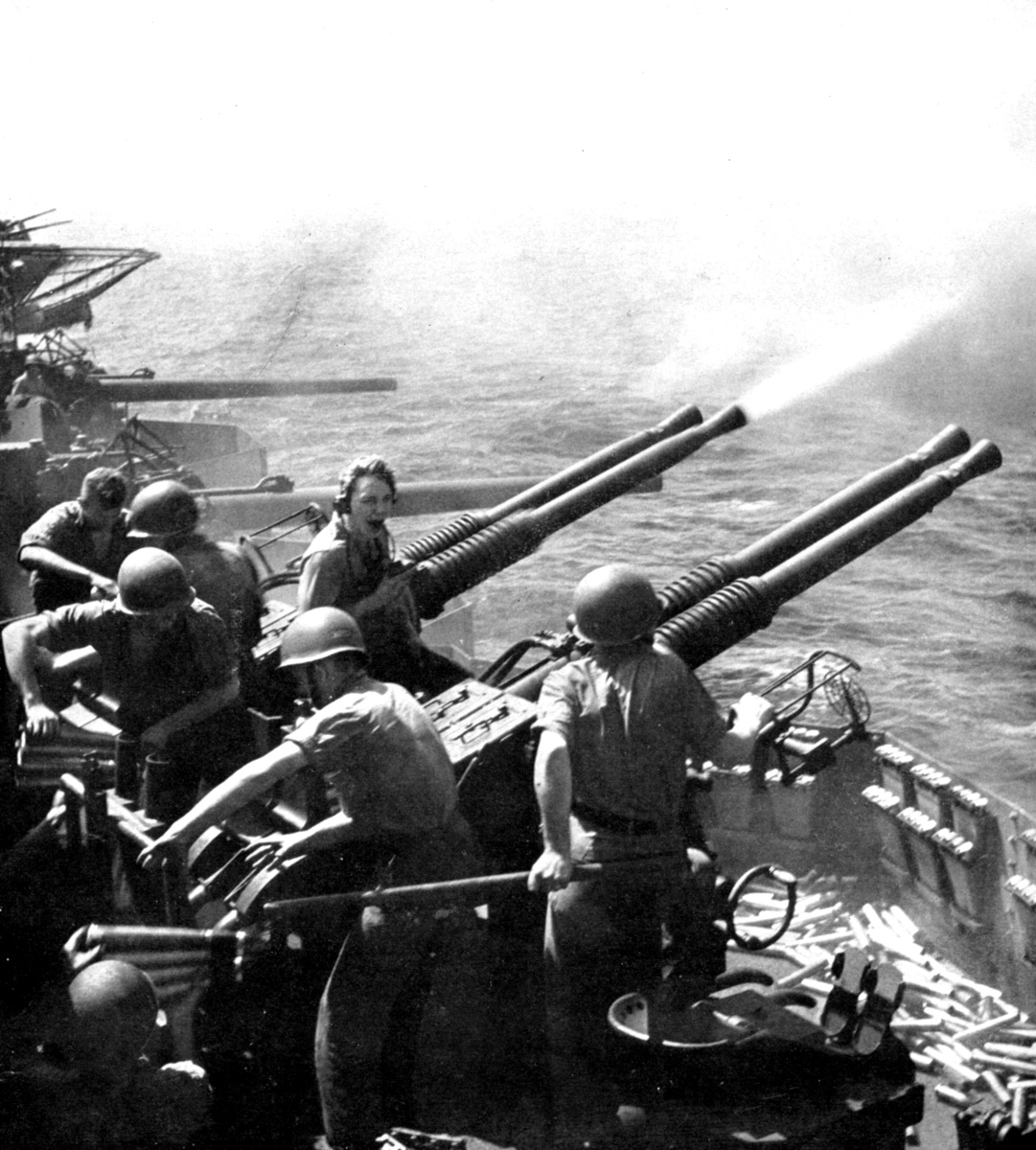 While in that role he fostered the introduction of the Mark 14 gunsight. Developed by a team led by Charles Stark Draper and  the Massachusetts Institute of Technology (MIT ) Instrumentation Laboratory, this gunsight automatically computed the necessary “lead” required to hit an approaching enemy aircraft. Eighty-five thousand Mark 14 sights were eventually purchased by the US Navy.

They were standard equipment on US Navy warships by mid-1944, just before the Kamikaze campaign opened. They significantly improved the accuracy of the 20mm and 40mm gunners attacking oncoming Kamikazes. Between October 1944 and August 1945, 80 percent of all Japanese aircraft shot down were engaged by Draper-equipped antiaircraft guns.

Lee was an early adapter when it came to radar gunner, both against surface ships and aerial targets. Radar gunnery played a critical role during the duel against Kirishima.  But Lee also understood its importance against aircraft. In 1941, he led the team that developed specifications for both the numbers and types of radars to be installed on US Navy ships, including chairing a conference on their installation. He also helped establish a radar school to train operators. Again, Lee’s prescience guaranteed the US Navy had both the radars and the personnel to operate them before the Kamikaze campaign began.

In 1942 Lee left Washington to take command of Battleship Division 6 in the Pacific. While best known for his victory over Kirishima, during this period he played an important role in the development of a critical tool in the fight against the Kamikazes: the proximity fuze.

James Van Allen became famous in the 1950s for the discovery of radiation belts around the Earth, which were named after him: the Van Allen Belts. In 1942 he was part of the team which developed the radar-triggered proximity fuze. He was sent to the Southwest Pacific with two fellow researchers and 3000 proximity-fuzed projectiles to field test the weapon.  Once at New Caledonia he reported to Admiral Willis Lee.

Lee, an inveterate tinkerer, was fascinated by the new fuze. He instantly understood its importance, and threw his full support into testing it. To Lee’s delight, the first field test, against a nightly Japanese reconnaissance sent to snoop on the Allied fleet, proved decisively successful. A barrage of a dozen shells, fired by radar before the aircraft was aware of the danger, brought it down. Lee helped sell the shell to other captains and admirals, and it was standard equipment by September 1944.

None of this was apparent when I began my research on the Kamikaze campaign, and it was only after I read a new biography of Lee, Battleship Commander, by Paul Stillwell, did I fully appreciate the contribution Lee had made towards defeating the Kamikazes.  It can be truly said if there were one man who defeated the Kamikazes, it was Wills A. Lee. 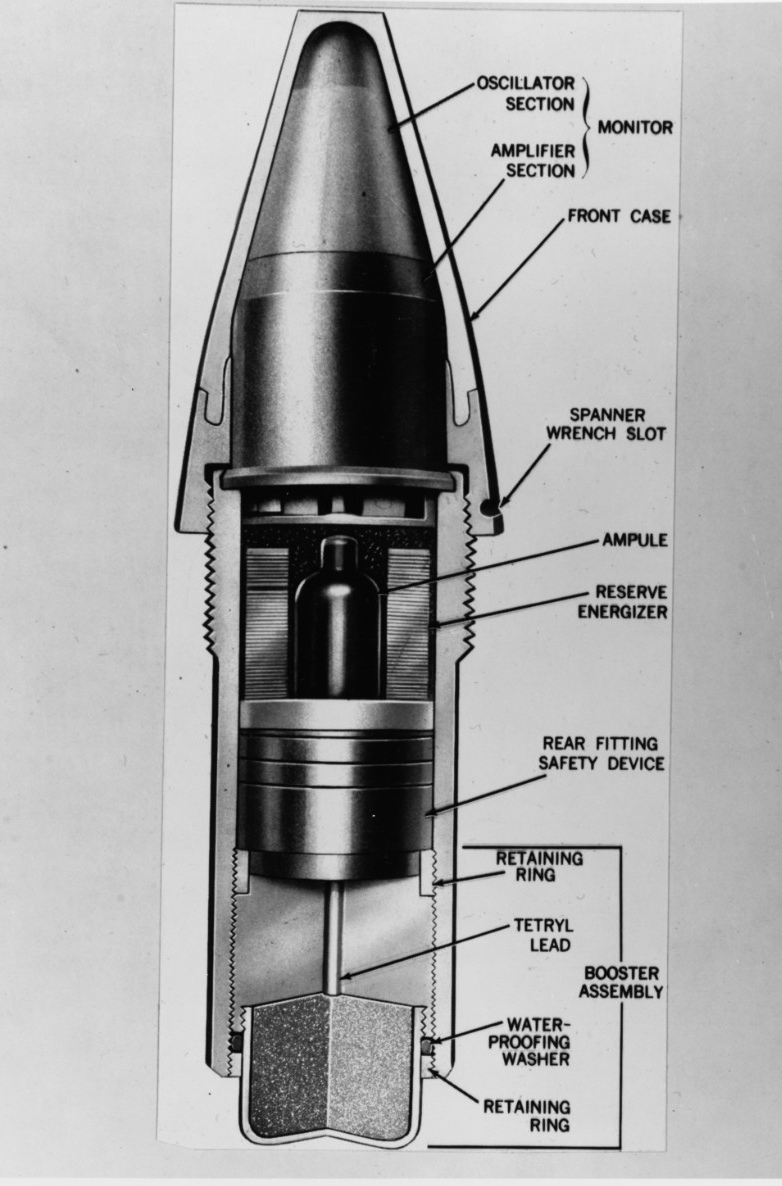 The proximity fuze. Lee played an important role in  the Pacific Fleet accepting it