On the blog today, author Mark Lardas explores the design of the .50cal Machine Gun and its crucial role at the the Battle of Bismarck Sea for his recent series title B-25 Mitchell Vs Japanese Destroyer 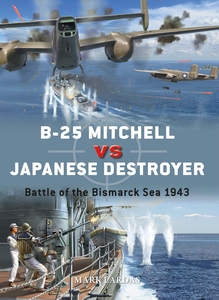 No single type of weapon was more responsible for the Allied victory at the Battle of Bismarck Sea than the Browning AN/M2 .50cal machine gun. The 500lb bombs dropped by Allied medium bombers ultimately sank most of the Japanese vessels lost during the battle. Yet .50cal machine gun fire cleared the decks (literally) from return fire before the bomb runs. This permitted the low-level runs needed to obtain the phenomenal accuracy achieved during the battle.

One of the battle’s ironies was that both sides used these weapons.  United States aircraft were armed the AN/M2 Browning .50 caliber machine gun, while Japanese destroyers carried the Type 93 13mm machine gun, as close a match in performance to the M2 as to be identical.

Designed by the legendary John M. Browning, the M2 entered production in 1921. A century later variants are still used today by US Armed Forces. The AN/M2 was a lightweight version intended for use on Army and Navy aircraft (hence, the “AN” modifier) introduced in the 1930s. It was air-cooled, and highly reliable, rarely jamming. The M2 had a muzzle velocity of 2910 fps. It could fire 750 to 850 rounds per minute. The gun fired a 52-gram bullet, capable of penetrating one inch of armor and several inches of structural mild steel used for building unarmored ships. The gun was belt-fed. Aircraft used at the Battle of Bismarck Sea had 400-round magazines, allowing up to 30 seconds of fire. 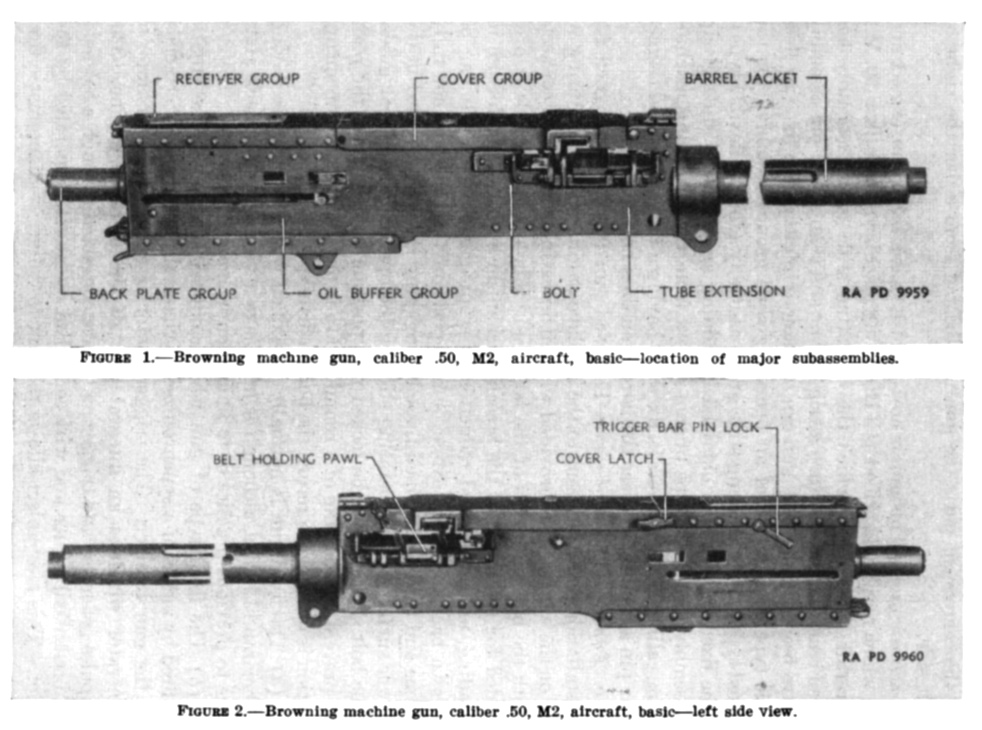 An AN M2 .50caliber Machine Gun from a World War 2 Manual (author's collection of images)

The Type 93 13mm machine gun was based on a Hotchkiss design. It was designed in 1933 and introduced in service in 1936. It replaced the earlier 7.7 mm “HI” machine gun. A gas-operated, air-cooled weapon, it was generally used in manually operated single mounts aboard destroyers.  The Type 93 had a maximum rate of fire of 475 rounds per minute and an effective rate of 250 rounds per minute.  It came with a 30-round magazine. The round weighed 113 to 119 grams, with a solid projectile weighing 46 to 49.6 grams. It had an effective range of 1500meters.

One of the seeming paradoxes of the battle was the AN/M2 proved to be deadly against steel-hulled warships while the Type 93 was almost completely ineffective again the aluminum-framed and skinned B-25s, A-20s, and Beaufighters.

There were several reasons for the disparity in performance. The first was the difference in size and speed between the two combatants. Destroyers were large targets. Although fast ships, compared to aircraft speeds, a destroyer traveling at 35 knots was a slow-moving target.  US aircraft made strafing runs from behind, firing along the length of the ship, maximizing the target area. A pilot of a gun B-25 or A-20 was literally pointing and shooting as he aimed at his target.

By contrast a B-25 or A-20 was a small and fast target. When they attacked a ship they posed a head-on target, offering a minimal target profile. While an individual 13mm round would do more damage to a  B-25 than an individual .50cal round would do to a destroyer, potential damage done was irrelevant if the 13mm round missed – which it was much more likely to do than the .50cal round.

Fire volume was also important. Stalin once said quantity had a quality of its own. At Bismarck Sea, the quality of quantity was held by the Allies. A B-25 had eight forward-firing .50cal machine guns, .50cal machine guns, four replacing the bombardier in the nose and four more in blister packs on the sides of the fuselage.  In a 15-second firing pass it could send 1600 52-gram rounds at its target. By contrast, the two 13mm guns on a Japanese destroyer could typically respond with 60 rounds during that 15 second interval. Or maybe 120 rounds if a pair of really sharp crews was able to fire off one clip, replace it with a new one, and fire that off – all in 15 seconds.  Even at that, 120 rounds to 1600 rounds was hardly an even exchange of fire. 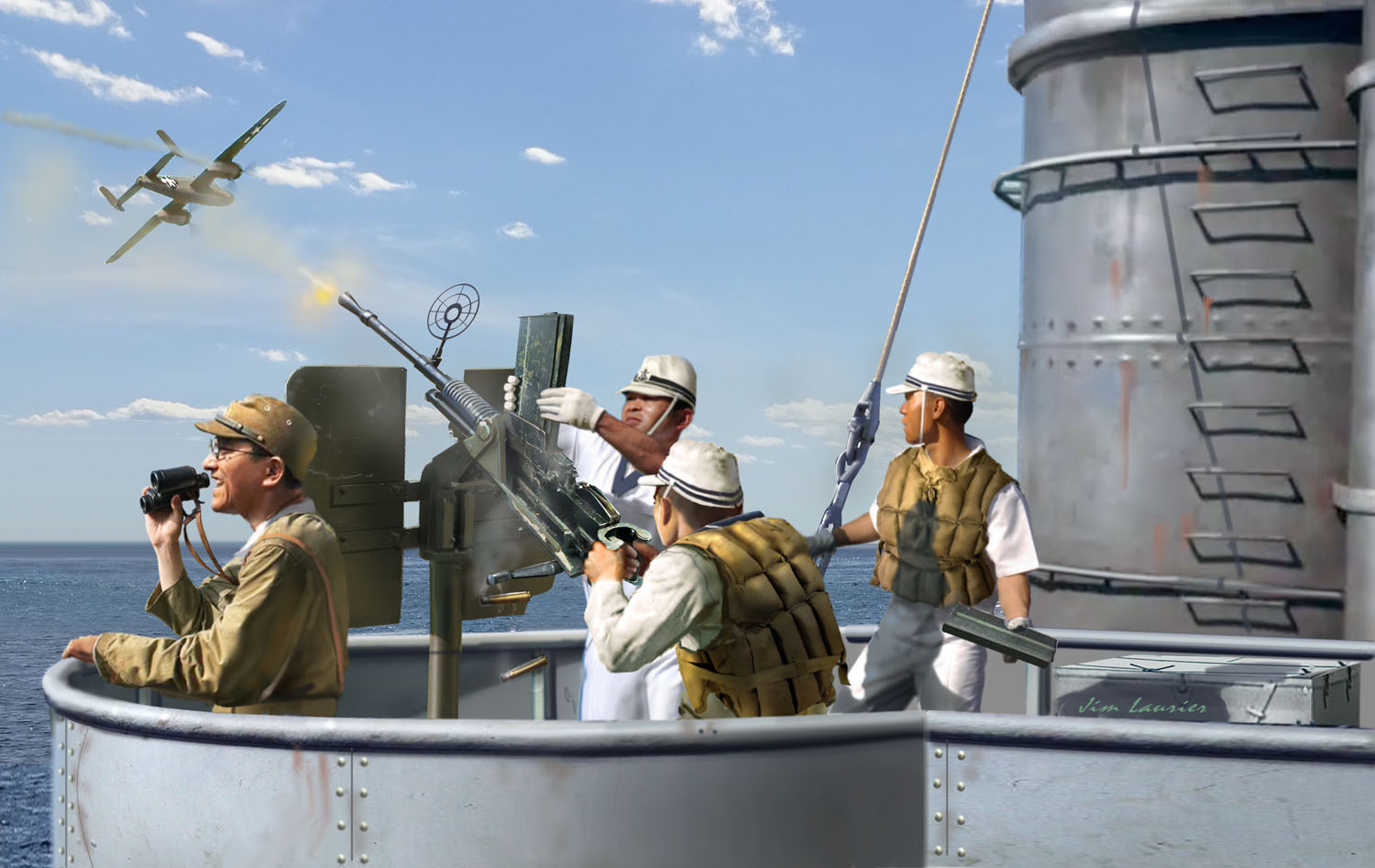 Finally, there was a range issue. While the 13mm has an effective range of 1500 yards, Japanese crews rarely fired at that range. Because it was clip-loaded, and because they typically could only fire one clip during an attack pass by an aircraft, they tended to hold fire until the aircraft was within 600 yards. This increased their chance of getting a hit. By contrast, the B-25s typically opened up at 1200 yards, spraying the decks of the destroyers with projectiles deadly to the exposed, unprotected crews of the destroyer’s antiaircraft battery before they even opened fire on the attacking aircraft. 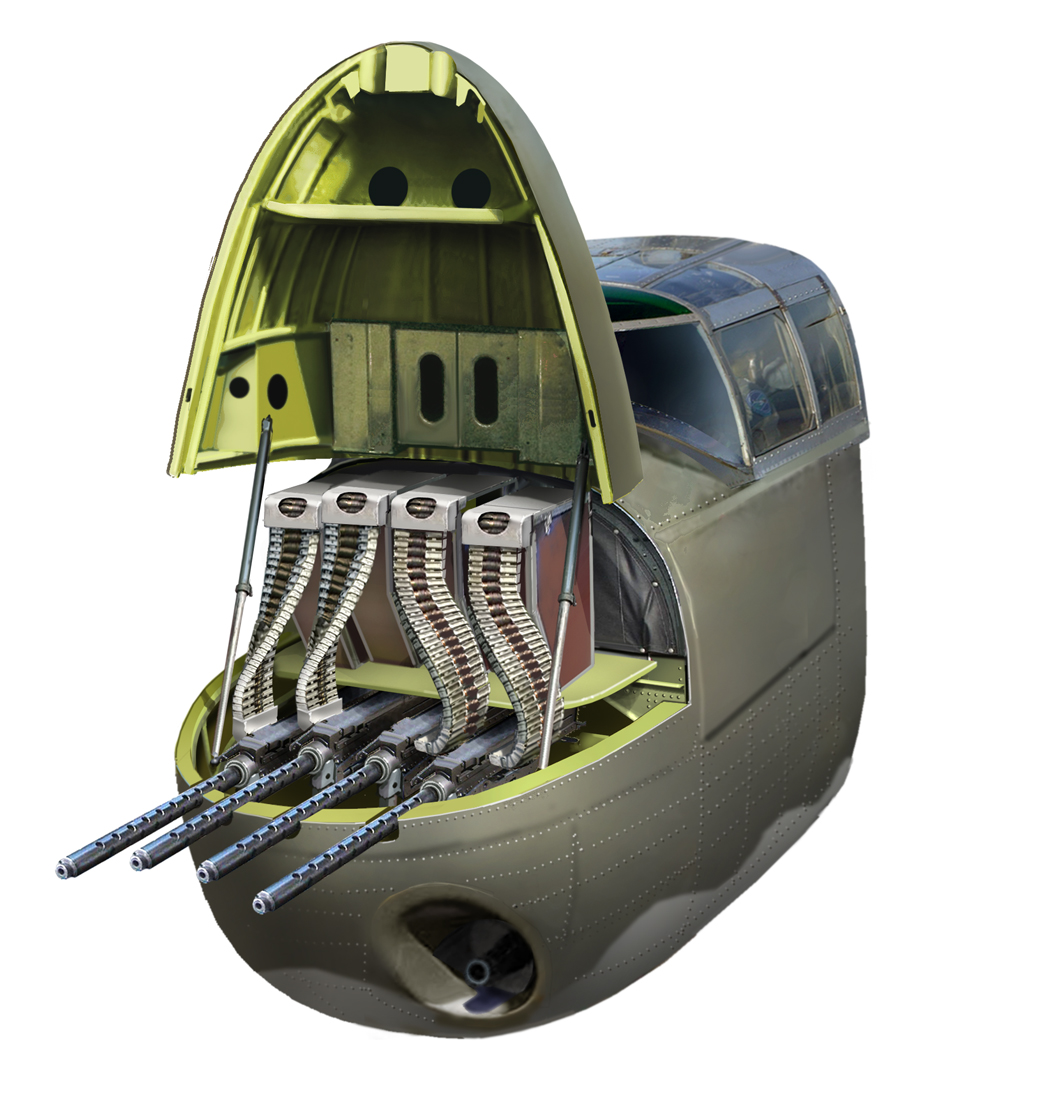 US skip-bombing and mast-top bombing tactics would have been unsuccessful if they employed standard medium bombers, with a single .30cal nose gun. One .30cal gun would been unable to produce the volume of fire necessary to suppress light antiaircraft fire by Japanese destroyers. These bombers also employed the bombardier to fire the nose gun rather than dropping bombs. Removing the bombardier, replacing him with four .50cal machine guns, and letting the pilot drop the bombs changed everything.

It resulted in a one-sided slaughter. A hail of .50 bullets rained down on the destroyer. It cleared the decks of crew, penetrated the gun-housings of the main guns, bulkheads of the superstructure and decks of the ship.  Once inside the ship it did even more damage. The bullets had enough momentum remaining to puncture boilers and steam turbine housings, stripping the destroyer of its speed, leaving it an easy target for the bombs that followed. Meanwhile, the few antiaircraft rounds fired in retaliation were too few to hit the attacking aircraft. 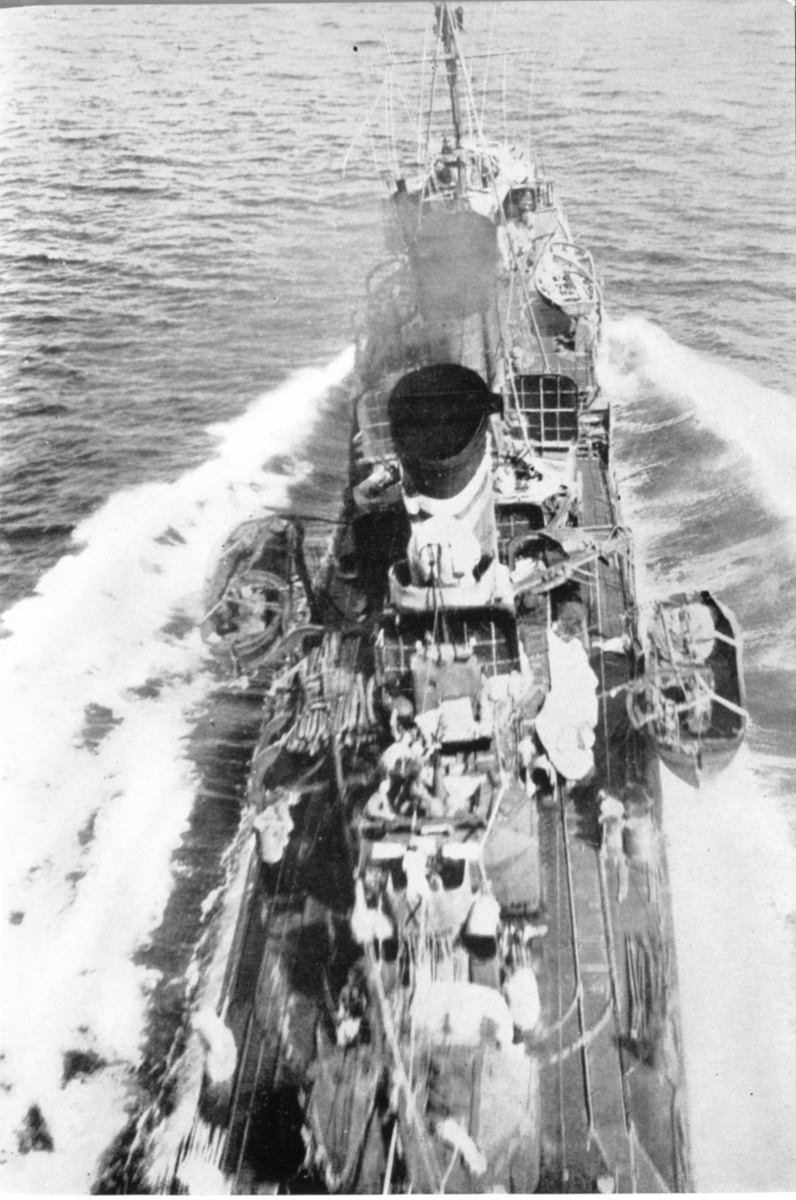 The outcome might have been different had the Japanese destroyers possessed a main battery capable of use against aircraft as well as surface targets. That would have allowed their destroyers to engage the strafers well outside the range of the strafer-bombers’ nose guns. US destroyers, with a main battery of 5inch/38cal dual-purpose guns proved highly effective. The Japanese obsession with creating the ultimate surface warship destroyer proved fatal at Bismarck Sea.

Inytrigued and want to learn more? B-25 Mitchell vs Japanese Destroyer is out now and available to order on our website here