Stargrave: Quarantine 37 is out now and many of you have already been diving into the new solo campaign and battling the frightening new additions to the bestiary. With so much new content to explore in the book, we decided that, once again, we would hand the blog over to Joseph A. McCullough to give a little background into how he created some of the new scenarios.

I love trains, and I always knew I would find some excuse to work them into a Stargrave scenario! In fact, it took all the way to the first supplement.

In truth, I didn’t set out to include trains in Quarantine 37. Instead, while I was working on the scenarios, I got to a point where the crews were on the wrong side of the station from their ship, with an army of angry, alien bugs between them. I was thinking about clever ways they might make the journey quickly and, at the same time, seeing how I could bring in the elements of the horror movies that helped inspire the supplement. Then it hit me… make them get the subway! Or, at least, the ‘circular line’ that runs around the station. 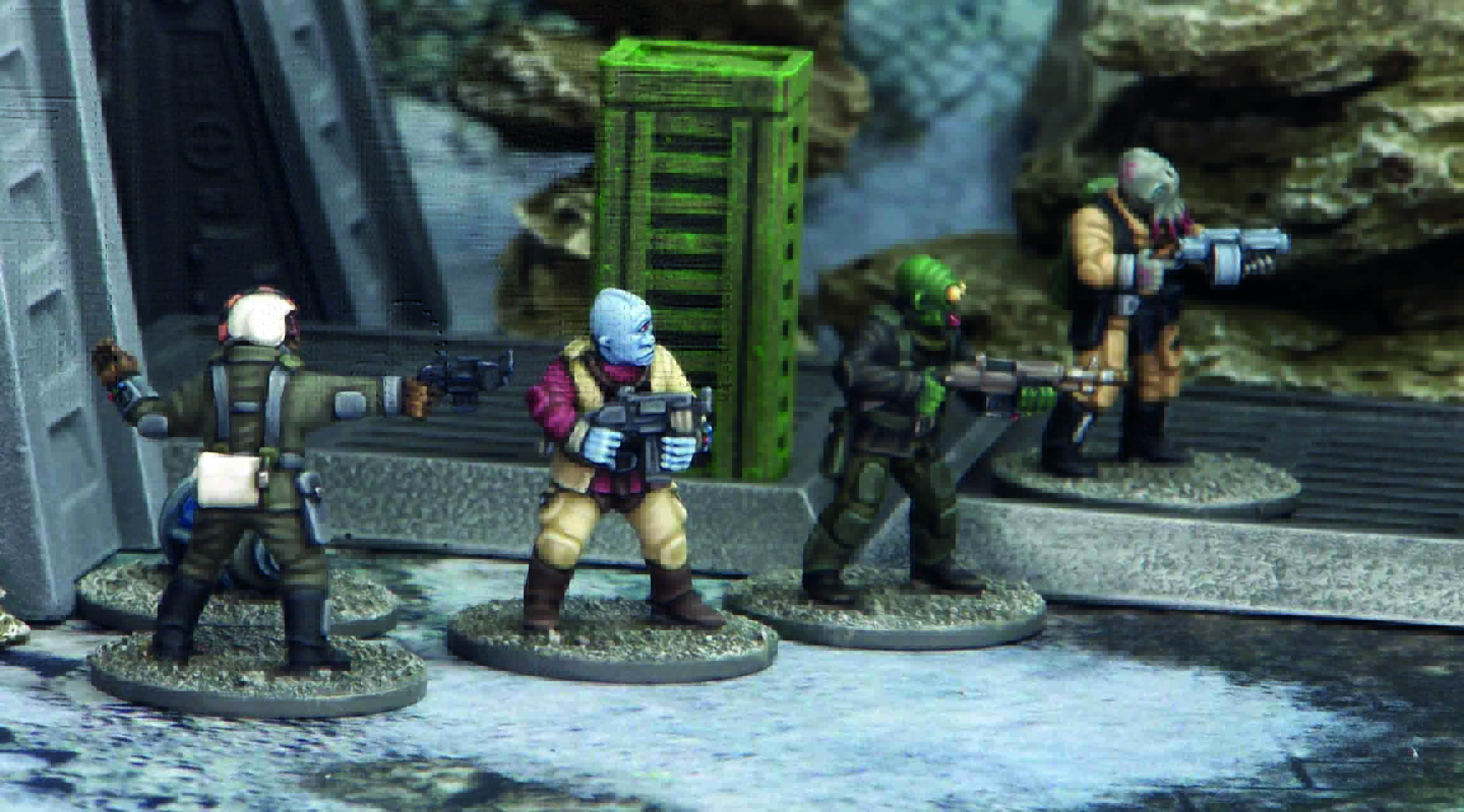 So, I set out to craft a scenario where, essentially, the crews have to catch a train. Actually, each crew has to catch a different train. So, not only do you get a scenario where players are fighting over loot, and alien bugs are closing in from all sides, but also where the players are moving around a platform, hoping their train will show up, and that they will be standing near a door when it does! They must also hope that no one (or no thing) is already on the train when arrives!

In the end, I was so taken with this scenario, that I reused the idea in the solo campaign that is also included in the book. Of course, even if the crews do manage to get on the train heading in the right direction, the ride doesn’t exactly go as planned…

Quarantine 37 introduces a full set of new solo rules for Stargrave, allowing players to experience any of the thrilling new scenarios competitively or alone. If your friends are still waiting for their miniatures to dry, then why not brave the galaxy alone?

Order your copy today!
Find out more about the Stargrave miniatures line by North Star Military Figures
Find out more from Joseph. A. McCullough on his personal at his blog.