In April, we’ll be publishing Stargrave: Science Fiction Wargames in the Ravaged Galaxy, the new game from award-winning author Joseph A. McCullough. To support the game, he’s written a solo-focused supplement that will be available as a free download on the Osprey website when the game is released. But we’ll let Joe tell you more:

Stargrave was designed as a competitive game between two or more players, but I always knew that I would tinker with some solo mechanics for it. I just didn’t think I would do it quite so soon!

But, with lockdowns lingering, and an uncertain future for competitive gaming, I wanted to give people the opportunity to play some Stargrave as soon as they got the book. I mean, most players will already have miniatures and terrain they can use. They probably just lack the opponent!

So, over the last couple of months, I developed a special mini-expansion for Stargrave that is going to be released for FREE at the same time as the rulebook. It’s called Stargrave: Dead or Alive. This mini-expansion allows you roll up solo bounty-hunting scenarios. Essentially, you roll for the unique outlaw you are after and their gang. You roll for a setting and any potential complications. Then, using the simple rules modifications, you go after your mark!

It’s not a full set of solo rules, but it is enough to give everyone a chance to play and get a taste for the game. And, for those that desire, it should be pretty easy to expand upon the ideas to construct longer bounty-hunting campaigns. 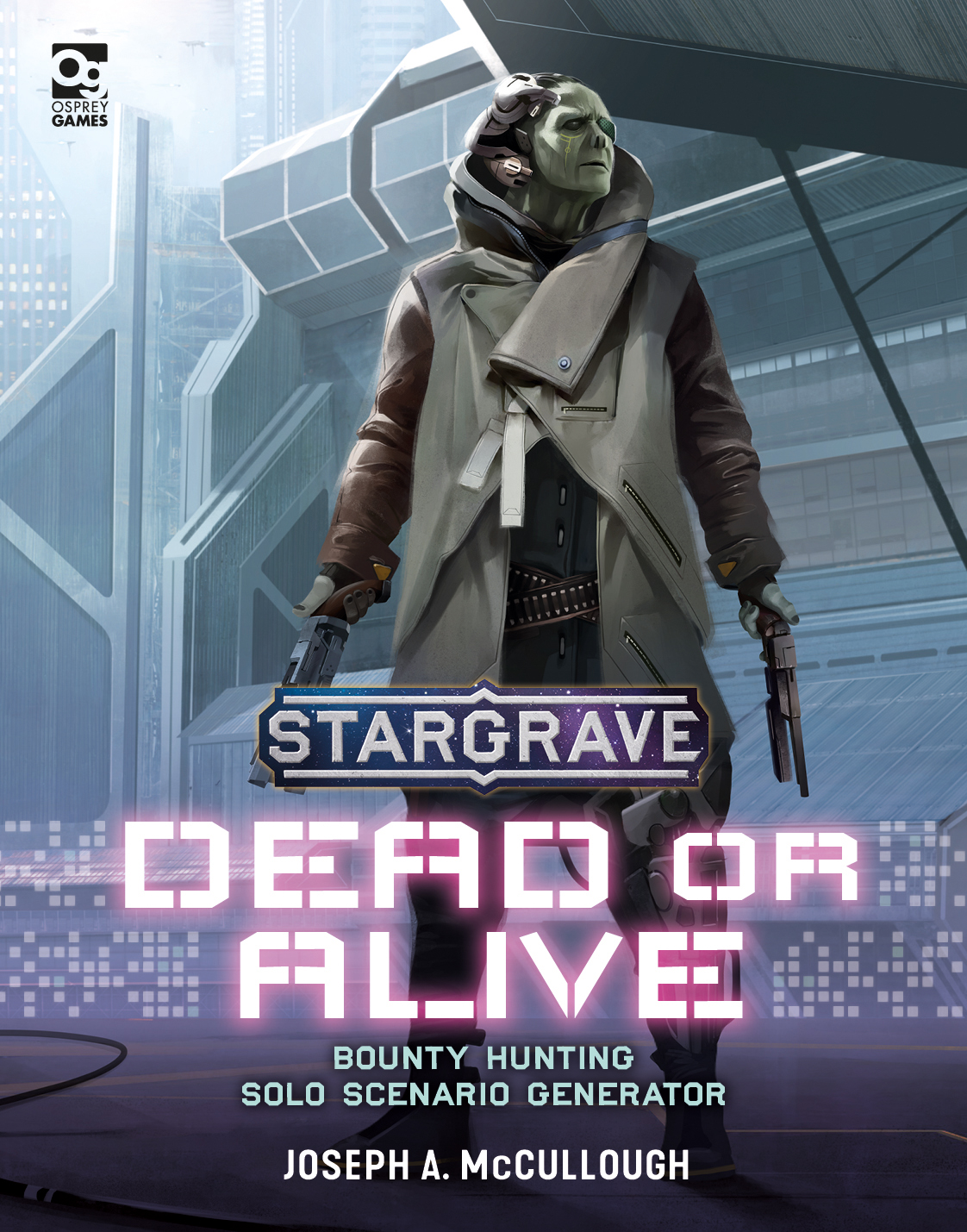 Find out more about Stargrave on Joe’s blog here.

Discover more about Stargrave and its release here.