It's here. From the mysterious mind of author, R.E Davis comes Sigil & Shadow, a roleplaying game of urban fantasy and occult horror in which players take on the roles of illuminated heroes and shadowed monsters. Ancient nightmares lurk behind the closed doors of board rooms, entities from beyond time prowl the city streets, forgotten rituals are reborn as viral memes. Do you take a stand against the encroaching shadows? Or do you seek their power for yourself? Sigil & Shadow is out in stores from today.

Speaking for myself, I do not have the time or energy like I used to when it comes to game prep. As a father approaching his 40th trip around the sun, I do not have the endless nights to spare filling notebooks with infinite details, stat blocks, and maps like I did in my teens and twenties. Add the chaos factor of having to coordinate around everyone’s work schedule – it can be stressful. I’m sure many of you relate.

Today’s post talks about the different tools I’ve cooked into Sigil & Shadow to help the Guide host meaningful, deep gaming sessions filled with adventure and intrigue, without having to commit the slog of preparation like some other systems. The goal here is flexibility, preparing just enough to anticipate where your group may steer the story while allowing enough wiggle room to change course.

Sigil & Shadow is meant to be a toolkit for many flavors of paranormal & occult settings – from the grim and gritty to the absolutely fantastic. One of the tools we provide for the Guide are Lenses – setting prompts that act as dials to gauge how different themes and elements are used in the game world. Each lens is a question, ranging in scope from “How much does the cosmology plays a part in the story?” or “How do the Illuminated and Shadowed fit into the world?” down to “How are the characters connected? What bonds do they have to the setting?” Each of these have some suggestions, but the Guide and their groups are encouraged to come up with their own.

After establishing the thematic elements of a campaign, your next job is to flesh out the city your characters inhabit. One of the glorious advantages of running a modern setting is that we have access to a plethora of maps, articles, and photos of real-world locations from all over the globe. Sigil & Shadow embraces this, encouraging you to grab maps online and use those to help establish points of interest. You can mark points at random and use our table of 100 weird Location Descriptors, or use the real world for inspiration.

Once your strange hotspots are determined, it’s time to decide consider what forces are competing for them. One of my favorite tropes of modern paranormal RPGs is getting involved in the shadowy politics of secret societies and occult factions. The Five Factions Feuding is a quick way to map out the drama – randomly create your factions and use the pentacle to decide who their rivals are, which allies they’re exploiting and who’s exploiting them! 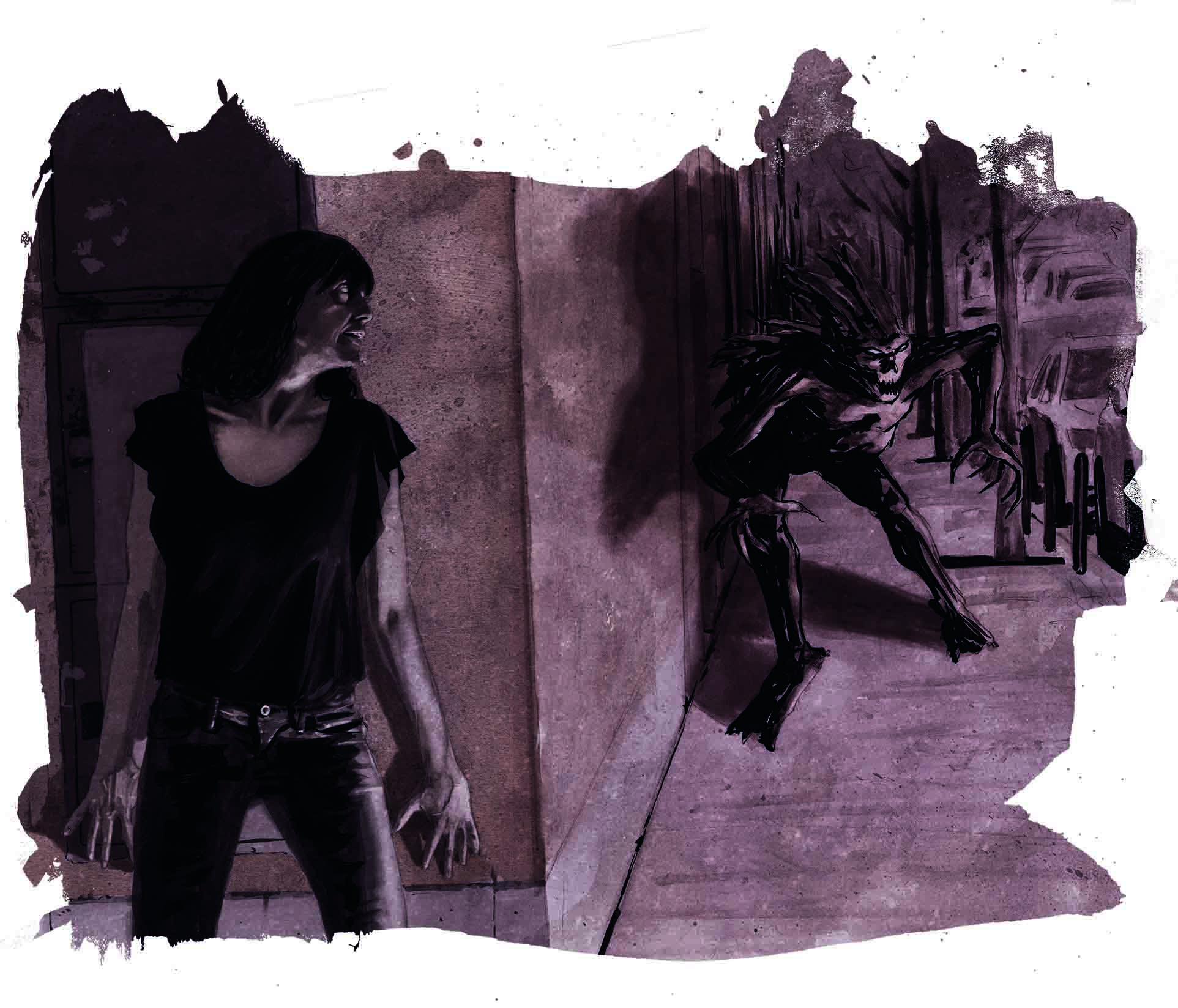 Antagonists, whether everyday foes or bizzarro cryptids, are easy to run and manage in Sigil & Shadow. Their stat blocks can be as complicated as full characters – ability scores, skills, special powers, and more. But they can also be as simple as: Cultist 65%, HP: 10, Knife.

Minor characters are literally distilled and treated as a single score, presuming that anything they do outside of their role is at half value, so our example Cultist trying to hack a computer or break into a car does so at 32%. Creatures and feral cryptids have a little more detail – you may simply choose a template, write a descriptor or two, add any special features (including paranormal abilities) and you’re good to go! Wanting something more fleshed out? The Antagonists chapter also provides a table with quick arrays of ability scores and skill ranks to let you quick assemble a challenging nemesis on the spot.

Finally, we give the guide a blueprint for creating an adventure by asking the big give questions: Who, What, Where, When, and Why? Each of these are broken down into three specifics. By answering them, you can give yourself a solid structure about the events before, leading up to and potentially after the player’s involvement. And that is the key thing – the practice here is timelines, not railroads.  The framework provides the Guide an idea of events as they transpire, how they may change, and does so without pigeonholing players into a specific arc or path.

While not required, Guides are highly encouraged to use a Session Zero to allow their players to contribute ideas with worldbuilding. Session zeroes are a great time for character creation and including your players in selecting Lenses can help keep everyone on the same page of expectations for the style of game everyone wants. This is also a good time for establishing what topics or themes should be kept off the table. Sigil & Shadow discusses a few safety tools that I have adopted for my own games, but you’re encouraged to check out the TTRPG Safety Toolkit and find something that suits your own tastes.

Of course, when time is precious, the idea of a “preparation” session when your meet-ups can only happen with weeks (or more) between sounds less than ideal. I’ve found once again using modern conveniences – private social media groups, chats, messaging and even email can allow a small circle to communicate and coordinate everything covered by Session Zero in the week leading up to game night.