Today on the blog, Commissioning Editor, Nikolai Bogdanovic concludes our Osprey Team's Top Picks for Christmas with three of his favourite titles on warfare in the 16th and 17th centuries. 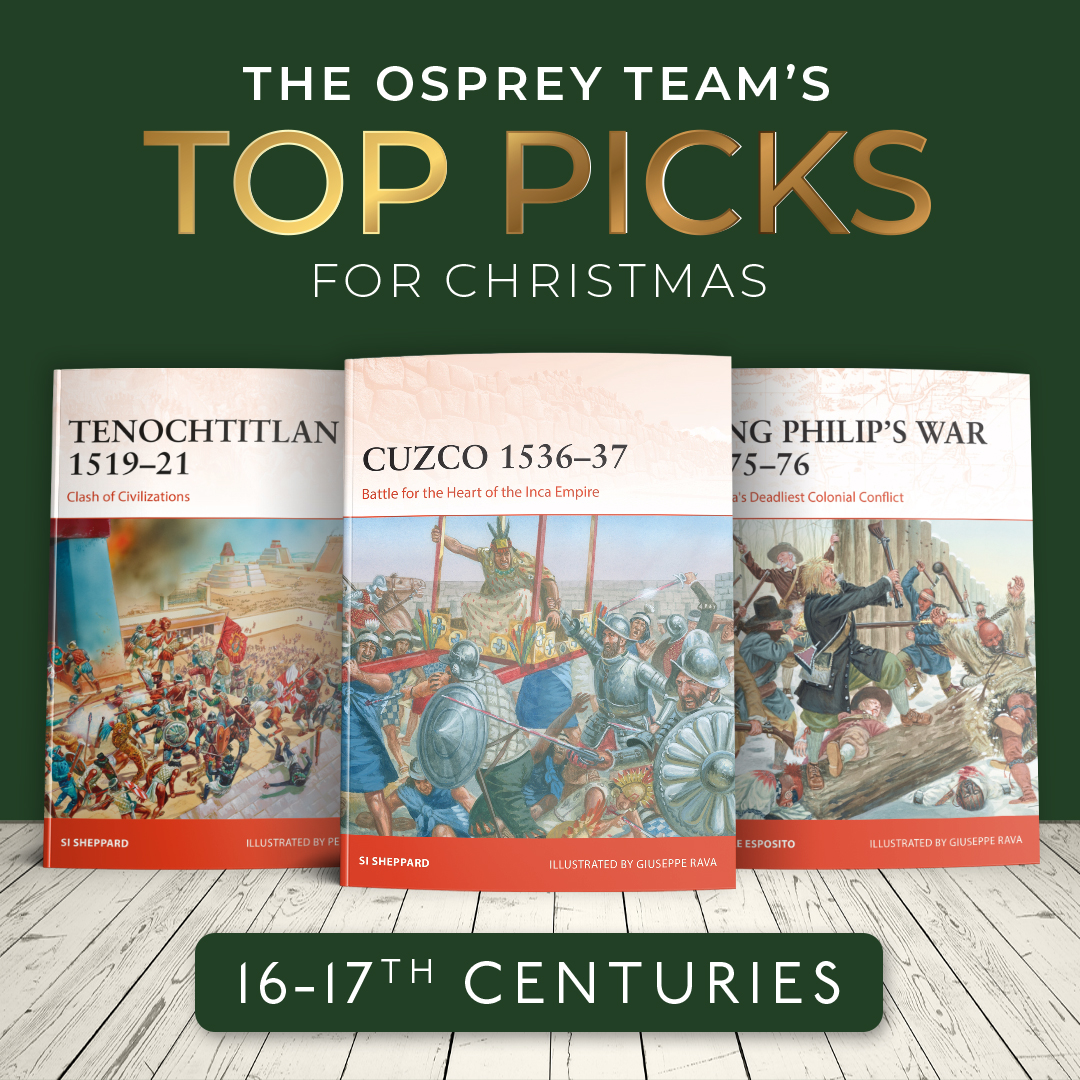 I’ve chosen a few 16th and 17th-century Campaigns to share with you in our festive blog. The Early Modern Period remains deeply fascinating to me – rich in material culture, witness to major technological and tactical developments, and yet equally somewhat distant and mysterious. To boot, the globalisation that took place in this period was a major step forward for humanity, and there’s so much to explore in the battles, campaigns and conflicts that took place around the globe. The three Campaigns below illustrate these aspects perfectly.

I always really enjoy a Si Sheppard Campaign (not that I don’t enjoy the work of other excellent Osprey authors too) – Si has a wide-ranging curiosity about the periods he writes on, and links the military events in with parallel historical developments around the world, giving you fascinating context, concepts you may not have considered. Peter Dennis’ battlescenes (how we miss his series contributions) are stunning, as ever: colourful, vivid, action-packed, hard working. Part of what makes the story of the Spanish conquest of the Aztecs so interesting is the obliteration of so much of the physical environment, such as the city of Tenochtitlan itself. There’s a very pleasing onus on the reader to imagine what it must have been like – supported, naturally, with some lovely Osprey reconstructions. And in the end, the story of the conquest was as much about pathogens as it was steel, firearms and horsepower. A great read.

This one holds a personal interest for me, connecting my home county of Devon, UK with several eponymous East Coast colonial settlements across the Atlantic. It was a shame that numerous commemorations of Mayflower 400, linking the former American colonies, Native Americans and the UK, were cancelled in 2020 due to the Covid pandemic: I was looking forward to a large gathering of the Wampanoag Nation in my local park. The tension between the settlers and the indigenous peoples had been building over several decades, before it finally exploded in King Philip’s War, and the sense of terror that gripped the colonies is palpable, with settlers never knowing when the next attack would take place, executed by those living inseparably in the midst of them. Echoes of more recent times. Great books always lead you to find out more, and I enjoyed reading Mary Rowlandson's narrative of how she was captured by Native Americans (her description of eating bear liver is particularly memorable).

Linking back to Tenochtitlan 1519–21, the Spanish Conquest remains for me a mind-blowing event in world history. This book highlights how few conquistadors there were, barely more than a hundred or so, compared to the millions of indigenous Inca and other tribes – and it remains astonishing how the Spanish managed to subdue so many people and such an enormous amount of terrain within the space of a few decades. The ruthlessness of the invaders is readily apparent, and you get a really good feel for their personalities in this book, and what made them the men, and soldiers, they were. The military and technological aspects provide great fascination, and plenty of room for debate and discussion. I love the contrast between the weapons and appearance of the forces involved on both sides, and an Osprey is the perfect platform to explore these aspects – it’s a really colourful result. There’s something particularly evocative about Felipe Guáman Poma de Ayala’s chronicle illustrations, once again allowing your imagination to run riot like a quartet of rampaging Pizarro brothers. This book also has a really interesting section on the Inca civil war, exploring the consequences for the subsequent conquest. All in all, a fascinating read.

We hope you're enjoyed the Osprey Team's Top Picks for Christmas!