We are delighted to announce that in February 2022 Osprey is launching a brand new aviation series. Strap in and discover the real fighting experiences of wartime pilots. 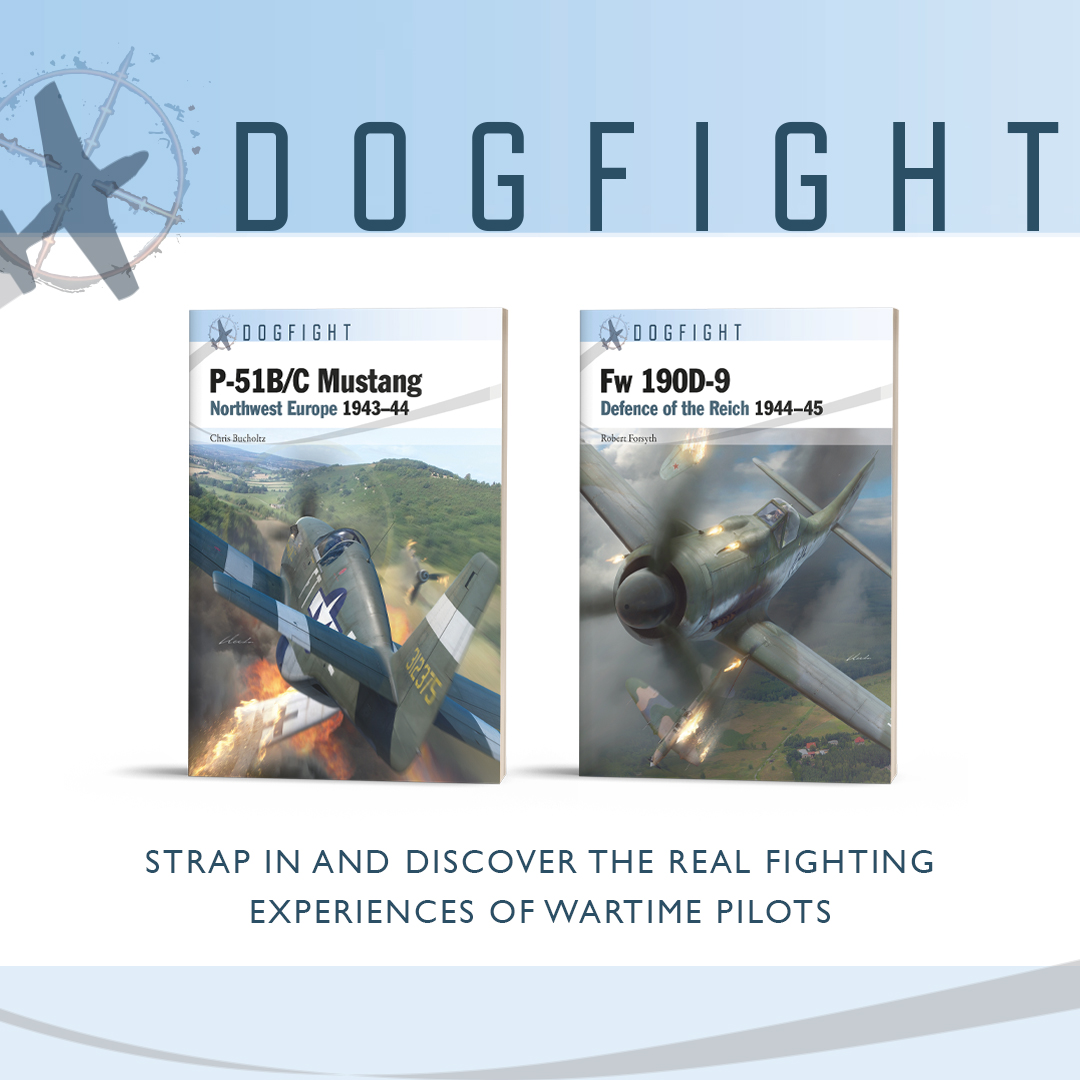 Our new Dogfight series will give a voice to some of the lesser known pilots, as well as the famous aces, as they saw combat in the war-torn skies across the world, charting their exploits through tactical ribbon diagrams, technical drawings and profiles, battlescene artwork, armament views and more.

Written by premier aviation historians, Dogfight puts the reader in the cockpit alongside the pilots streaming across the skies of Western Europe, over the vast expanse of the Pacific or above the dense jungles of Southeast Asia.

The first two titles will publish in February next year, and we are excited to share the details with you today. 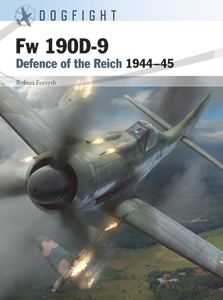 One of the finest piston-engined fighters ever built, the Focke-Wulf Fw 190D-9 raised the bar in terms of aircraft design and operational capability during World War II. Indeed, the long-nosed ‘Dora’ bettered most Allied fighters when it first appeared in the skies over the Third Reich in the late summer of 1944, and the aircraft proved to be an immediate match for the Griffon Spitfire, Tempest V and P-51D/K Mustang thanks to its Jumo 213 inline V12 engine.

Through first-hand accounts from fighter pilots, specially commissioned ribbon diagrams, full-colour artwork and more than 50 carefully selected photographs, Robert Forsyth examines what it was like to fly the Fw 190D-9 into combat against marauding Allied fighters during the final months of the conflict in Europe. 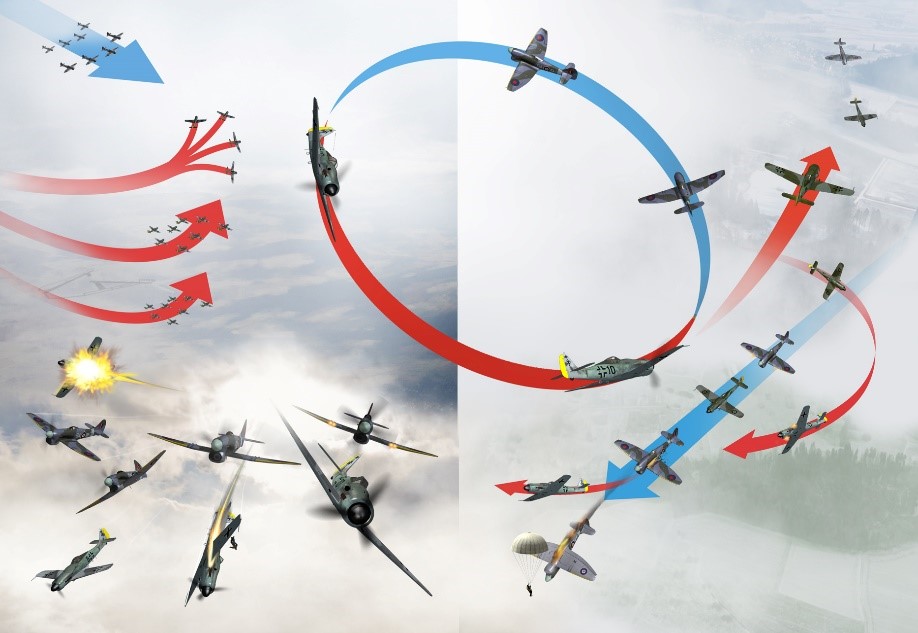 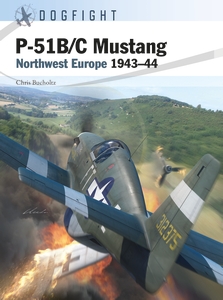 The Merlin-engined P-51B/C Mustang was far more than just a bomber escort – it was a deadly hunter that could out-perform nearly every German fighter when it was introduced into combat in late 1943. From the outset, the Mustang had an advantage over the Bf 109 and Fw 190 in respect to the altitude it could reach, its rate of climb and top speed. Furthermore, the USAAF fighter had a combat radius of 1,375 miles.

Through first-hand accounts, specially commissioned ribbon diagrams, full-colour artwork and more than 50 photographs, Chris Bucholtz chronicles what it was like to fly P-51B/Cs in combat in the deadly skies over the Third Reich in 1943–44. 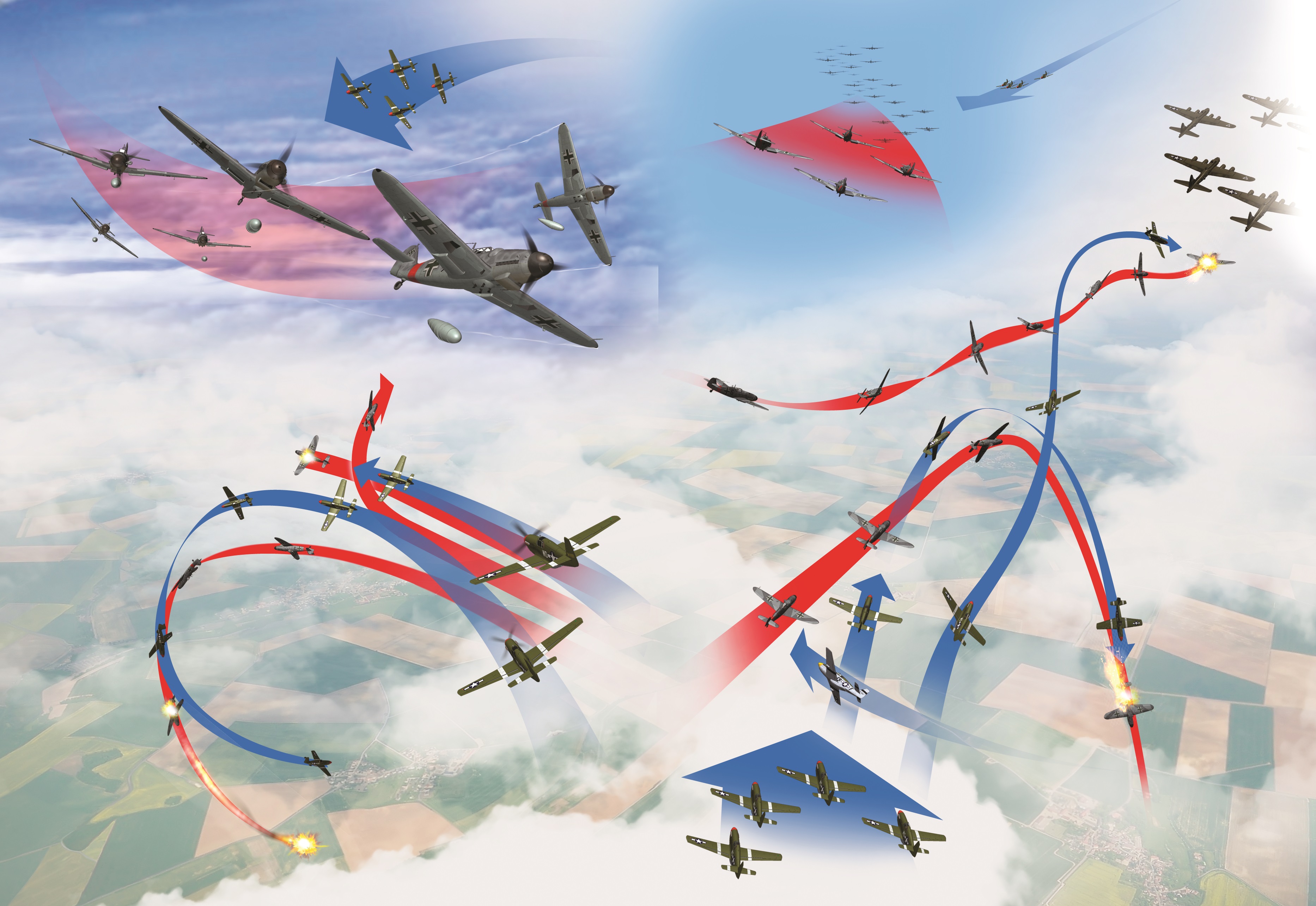 Are there any particular fighters that you would like to see in the series? Let us know in the comments.