Today on the blog we’re looking at the group of ancient nomadic tribes from Siberia known as the Scythians. They flourished from 900 BCE to 200 BCE, and during that time extended their influence over the whole of Central Asia, from China to the Black Sea. 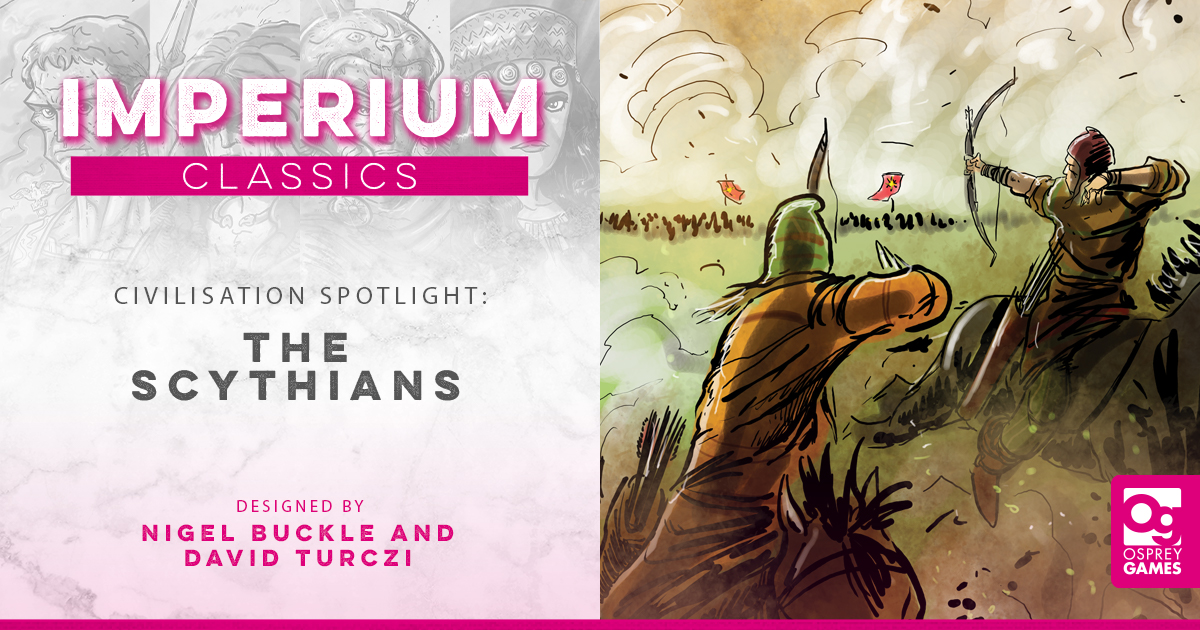 When playing the Scythians, the first thing to note is that your nation is nomadic – this is represented with your Tents card, which gains you population when you play region cards, and your two Nomads cards, which gain you materials. These cards replace the usual Prosperity card most nations have. To represent the Scythian prowess in war, your Raiders card steal population from opposing empires and your Mounted Archers protect you from their attacks in return. This duality of raiding and defending is the defining feature of the Scythian deck. Unlike Celts, their attacks aren’t focused on unrest, but instead on maintaining their fairly flexible resource needs from the pockets of their opponents. 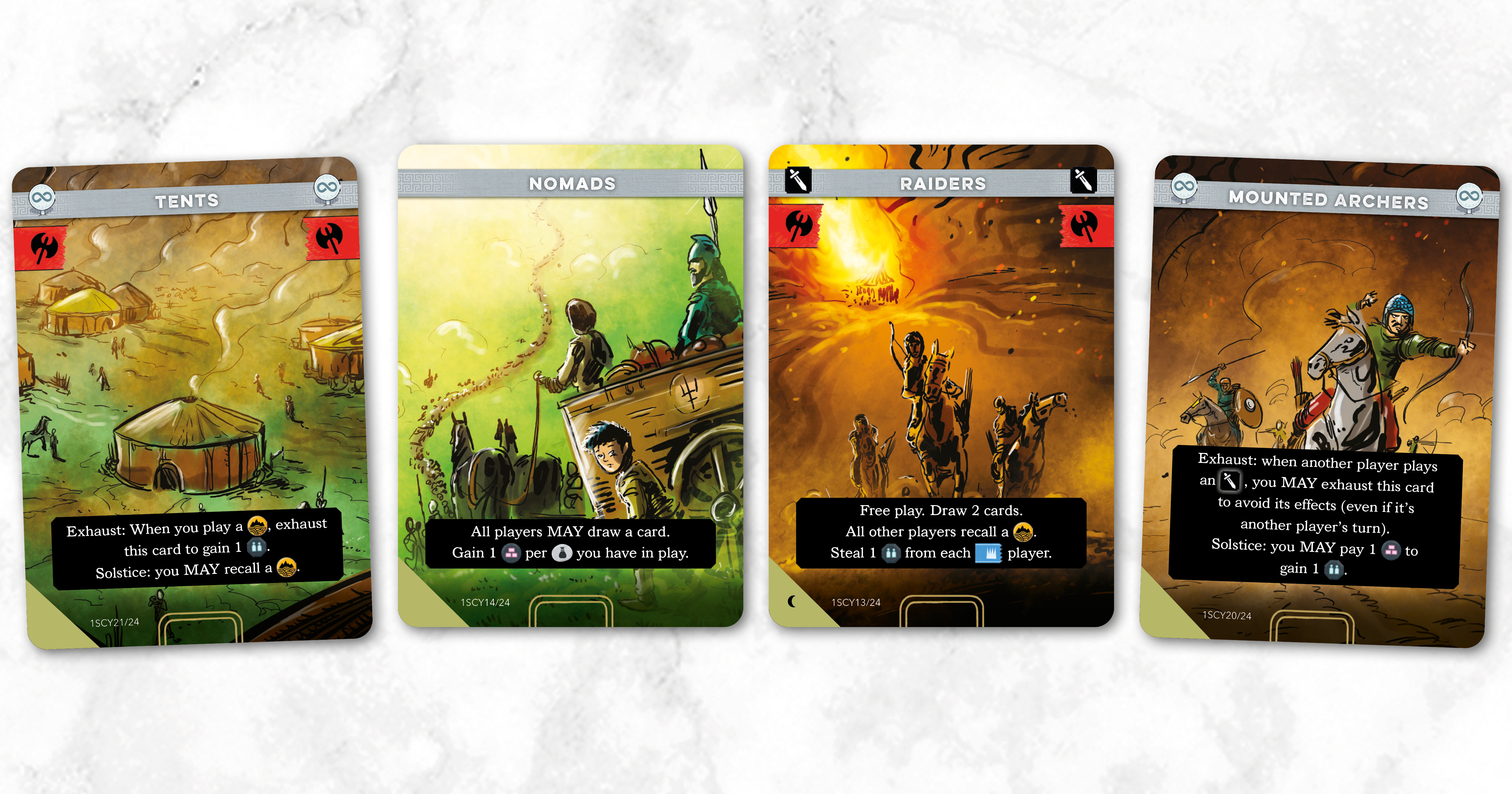 Another feature of the Scythians is card draw: you have a variety of ways to draw additional cards to adapt your play to the current situation. Chief among these is your Tamaga, which were the brand marks the Scythians used to identify possessions – a must for nomadic societies with livestock.

As you don’t gain access to your Glory card until you become an empire, you won’t be able to pursue Fame early in the game. This means that a strategy of expansion will lead to a wealth of materials, which will score you points through your power card, but consider investing in developing valuable jewellery. Developing Kurgans (burial mounds) will allow you to put cards into your history and boost your hand size will help your deck speed and further build on your choices each turn.

While we feel the Scythians are a fairly straightforward civilisation to play (difficulty rating 2 out of 5), their nomadic tendencies mean you need a slightly different approach than you might take with the more settled civilisations in Imperium: Classics. 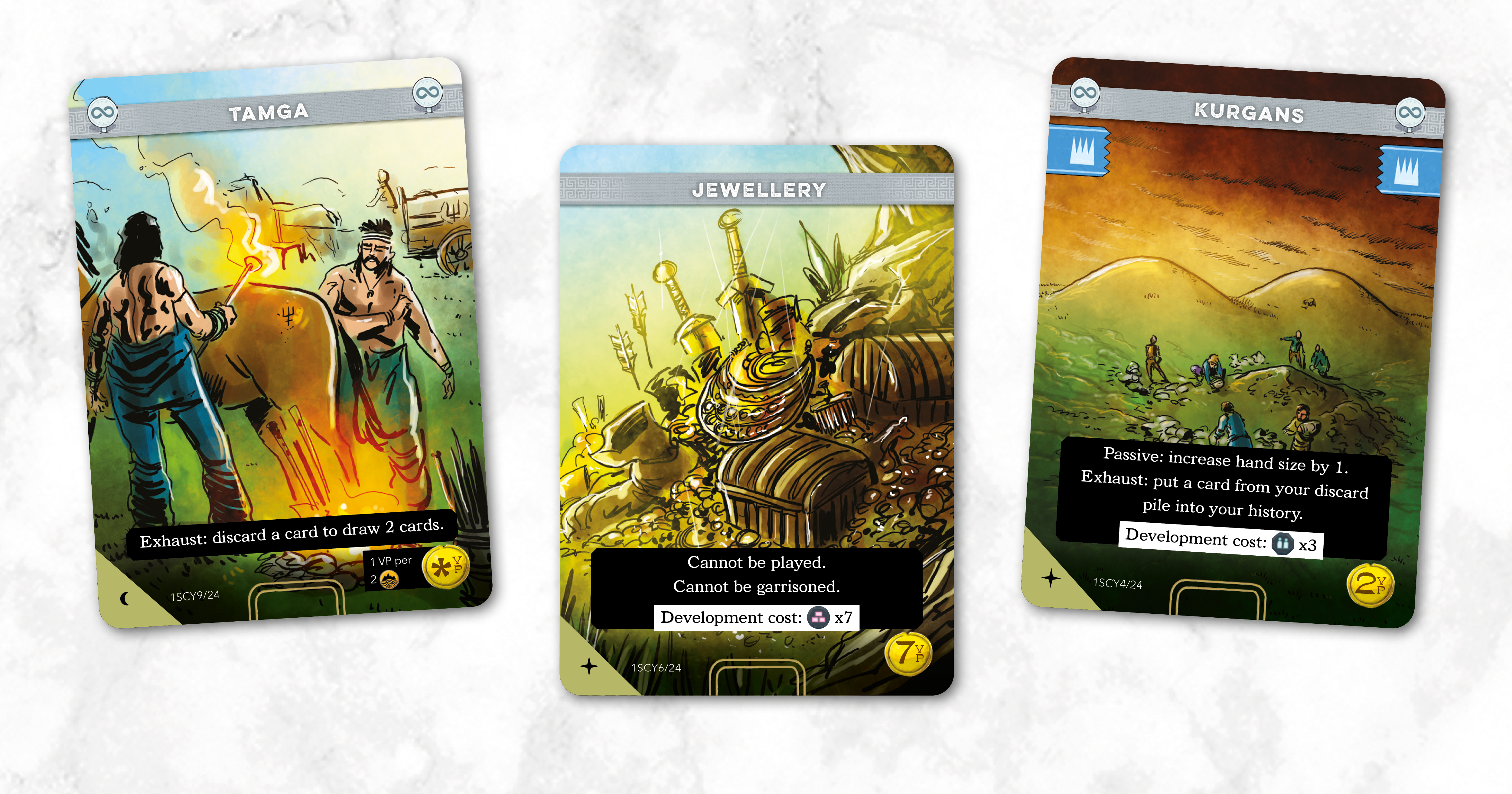