Today on the blog we’re looking at the short-lived but extremely impactful Qin Dynasty of Imperial China, an empire that lasted from 221 BCE to 206 BCE. In Imperium, the Qin deck considers their rise to power, and so also covers the preceding Zhou Dynasty and the Warring States Period in general. The Carthaginians (covered in an earlier blog post in Imperium: Classics) focused heavily on materials, and their power placed materials in the market instead of progress. The Qin do the same for population, as they attempt to take control of the populous smaller nations located in the area that is now north-east China. Your unique faction power puts population onto market cards and your Confucianism card can then acquire them, but your deck has other uses for population too.

With the Qin you continually face challenging decisions that pull you in two directions. The two competing philosophies of Legalism and Confucianism are part of your deck, and playing one prevents the play of the other – do you follow the school of Legalism and expand your empire with territory? Or do you instead adhere to the school of Confucianism for other benefits? Or do you try to juggle both? Or perhaps you’ll concentrate on the School of Diplomacy instead to quickly expand your reach? 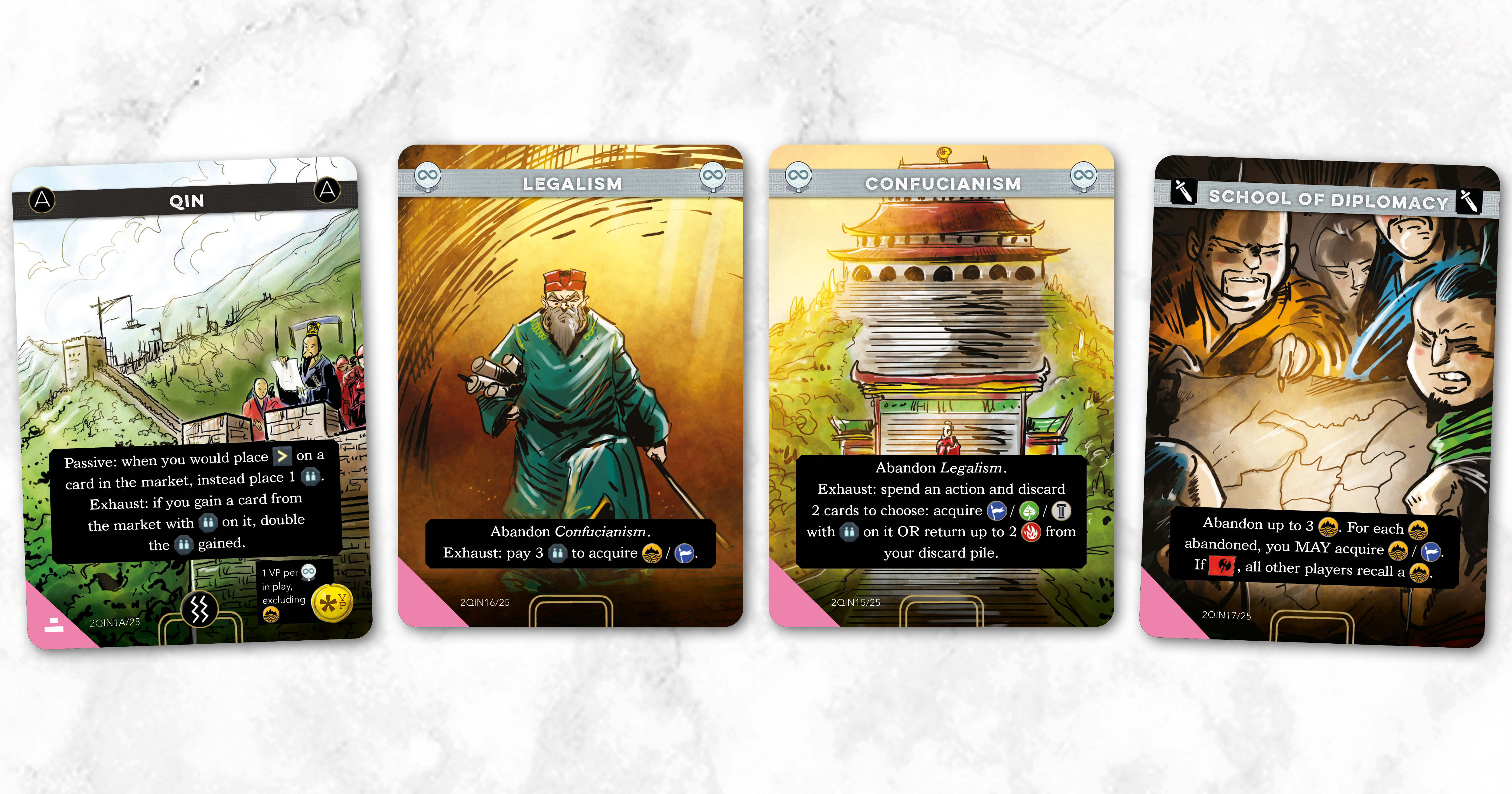 The decisions do not stop with philosophy. You have a duke (Zhuang of Qin) a king (Wu of Qin) and the first emperor (Qin Shi Huang). All of them require for the Mandate of Heaven to be in play and that the earlier leaders to have been played. However, Mandate of Heaven has a heavy cost to remain in play, so you may need to discard it and then manage your hand to ensure you can play it before you want to play the next leader. This symbolises the constant struggle early Chinese leaders had to go through, to prove themselves worthy of being the one attempting to unify an empire so vast and so diverse.

These hard choices continue when you become an empire – which strategy do you follow to victory? Developing your Long Walls for protection that get stronger the more of them you have in play, or Mathematics to continue your technological advances? Or some of the other development cards you have available? As you explore the Qin in Imperium: Legends, what strategy will you follow? 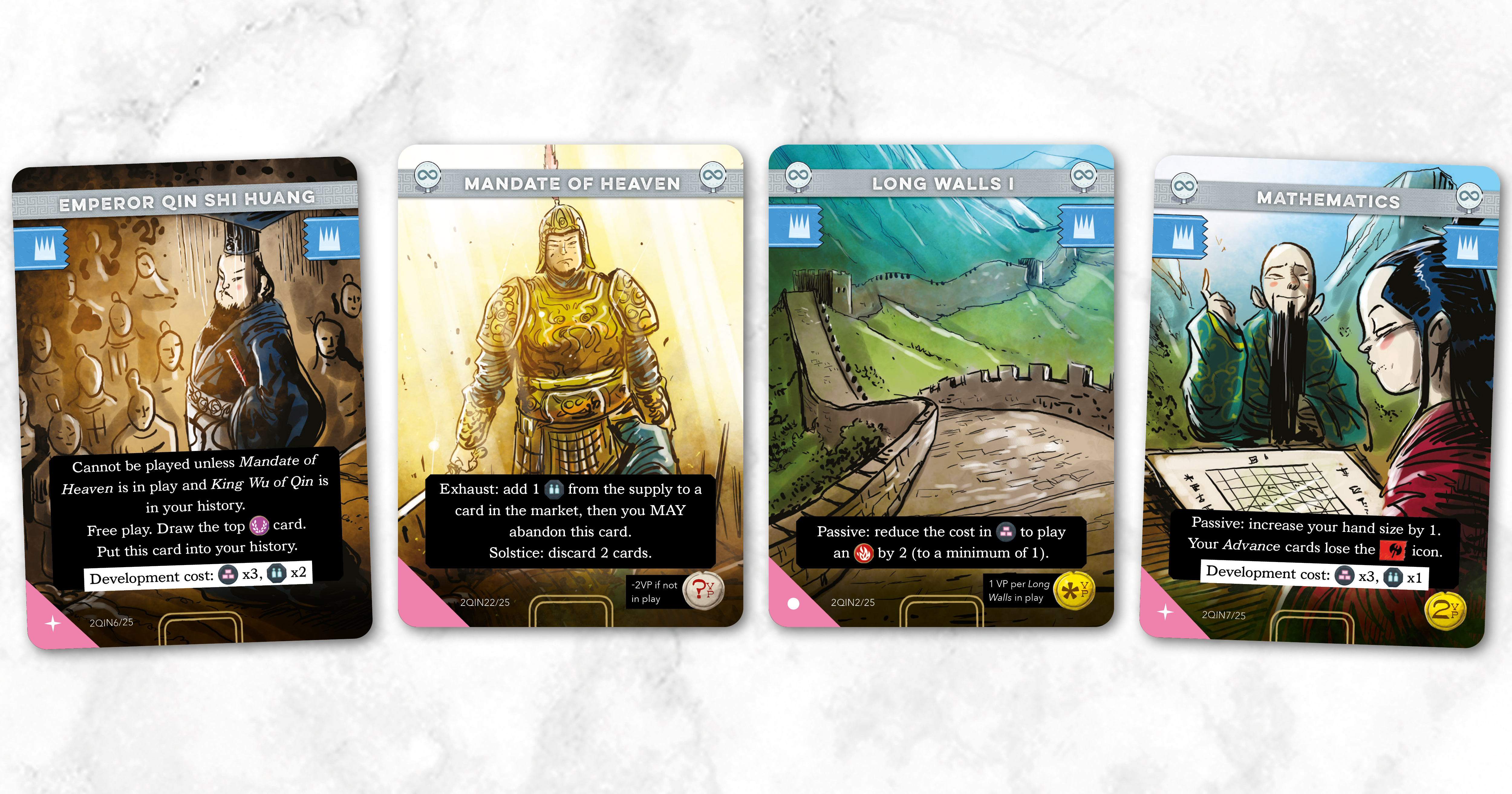 Read more about Imperium on our other spotlight blogs:
The Carthaginians
The Egyptians
The Persians
The Mauryans
The Celts
The Romans
The Macedonians
The Minoans
The Olmecs
The Scythians
The Atlanteans
The Arthurians
The Vikings