Today on the blog we’re looking at the great maritime power of Carthage, an empire that dominated the Mediterranean for centuries before eventually falling to the might of Rome. The Carthaginians are one of the 8 civilisations included in Imperium: Classics. 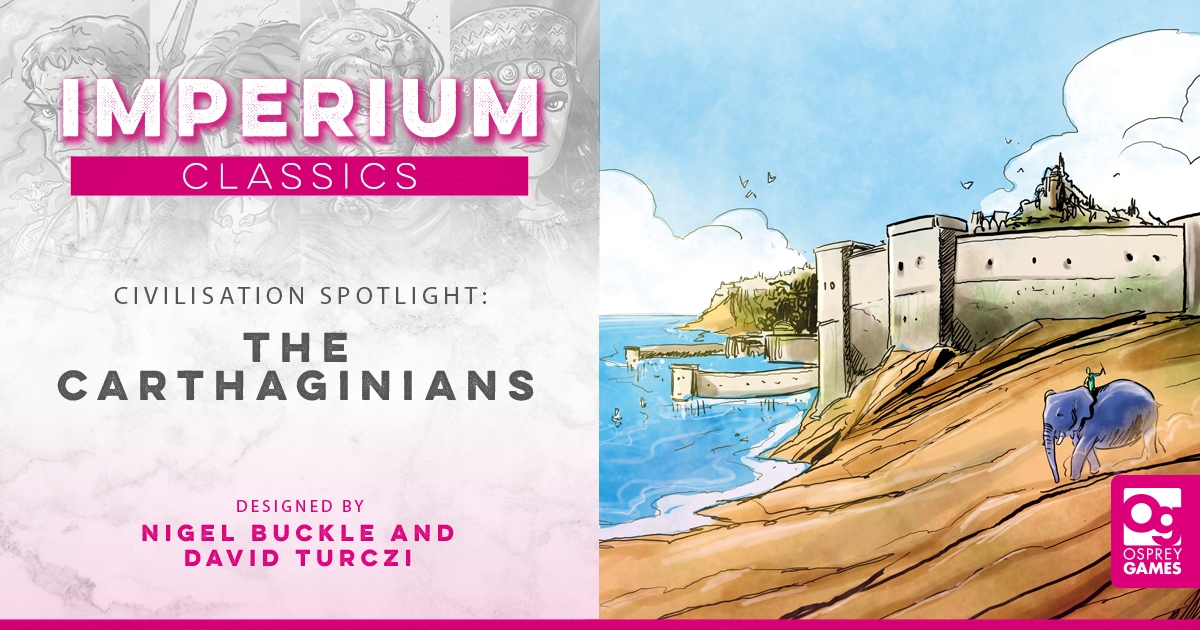 In a game of Imperium, there are three resources to keep your eyes on: population, materials, and progress. Carthage is a trading nation, and as such, is all about the physical goods.  Many nations in the game have their most famous daughters and sons represented as leaders. Carthage is no different, and you’ll want to play its founder, Queen Dido early on to get your barbarian kingdom started with a new region. Your unique faction power and your Carthaginian Traders put materials onto cards in the market. Then once you get your caravans into play you can start directly buying up cards your traders have set eyes on giving you a higher degree of control over acquiring cards to support your strategy of amassing even more materials and territory. Then you can collect more materials and gain population from your played regions by using your prosperity card. 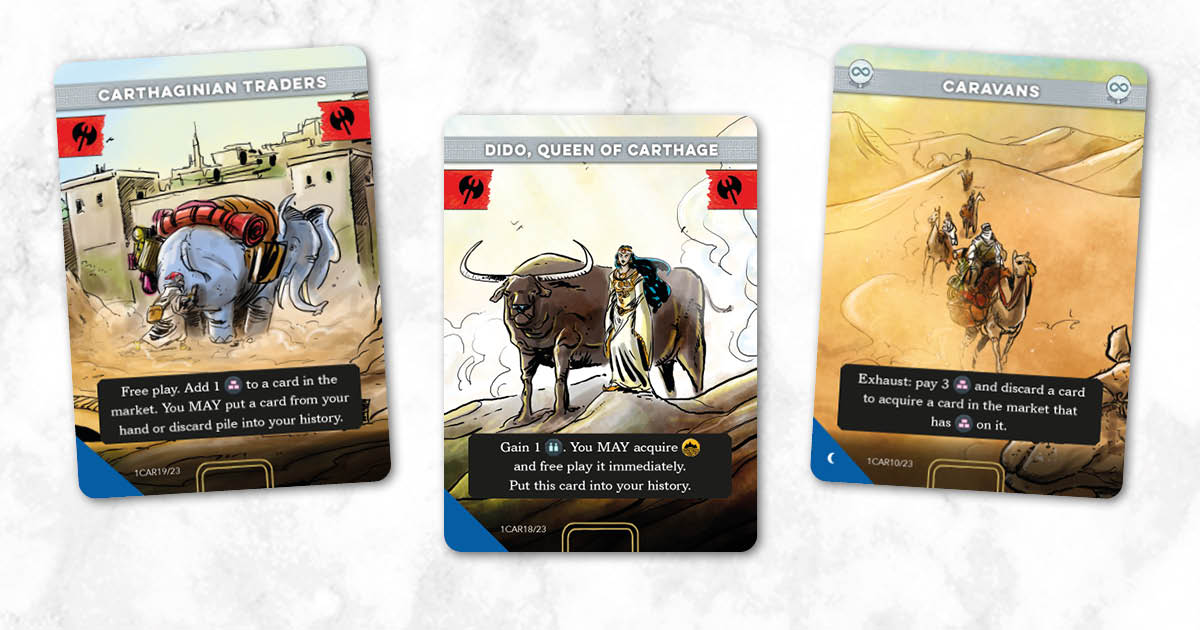 As an empire you choose which cards to develop so you have control over your strategic direction; you could continue trading using your Trading Ships and your Monopoly card to export unrest and other unwanted cards to your opponents. Alternatively you could take a more military route and use Hannibal and his formidable war elephants to further expand your empire and disrupt your opponents. Seeking fame is risky, as playing the Glory card requires you to abandon 3 regions, which is counter to your main strategy. 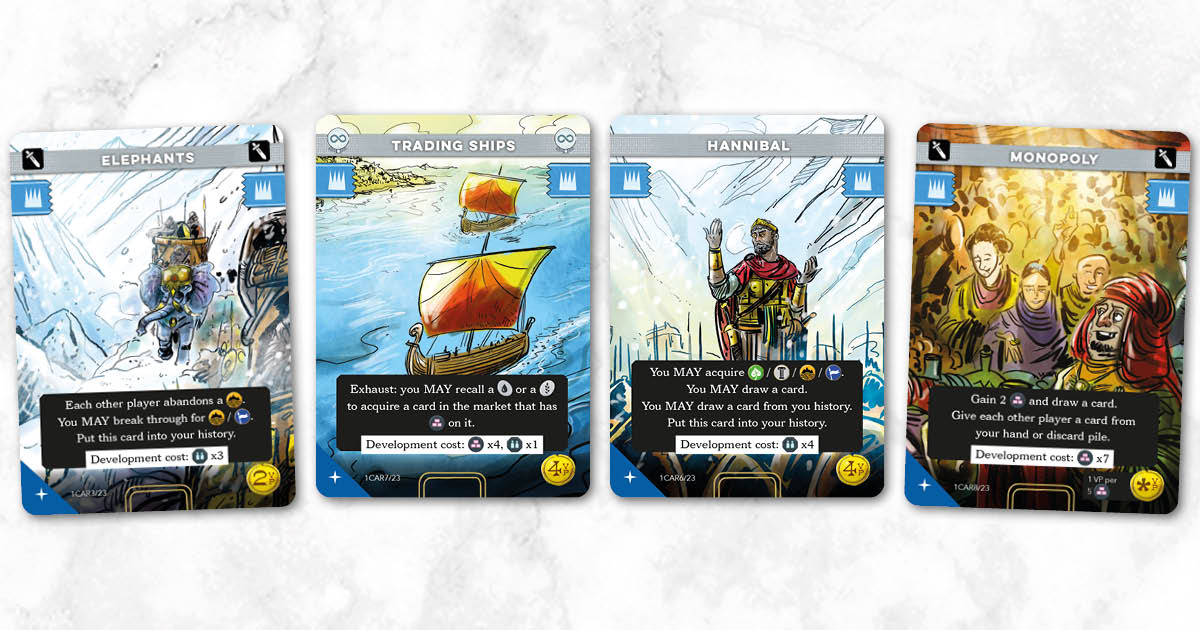 Read more about Imperium on our other spotlight blogs:
The Egyptians
The Persians
The Mauryans
The Celts
The Qin Dynasty
The Romans
The Macedonians
The Minoans
The Olmecs
The Scythians
The Atlanteans
The Arthurians
The Vikings