Heirs to Heresy starts as a historical-fantasy roleplaying game, but is heavily influenced by Gnosticism, European Folklore, esotericism, and the myths and legends that surround the Templars. The game will ask you to craft the secrets of the Templar treasure, the enemies, and mysteries they will face, as your Knights undertake a mystical journey to the center of themselves along the road to Avallonis. Your quest starts October 28th.

The mechanics are a blend of narrative, storytelling rules, and classic adventure-gaming inspired roleplaying rules that work to create rich aspect-driven characters. As Templar Knights, your skill at arms is unquestionable, but it is the potential access to gnostic spells, unique powers, or intensely powerful faith sets you apart from your compatriots. 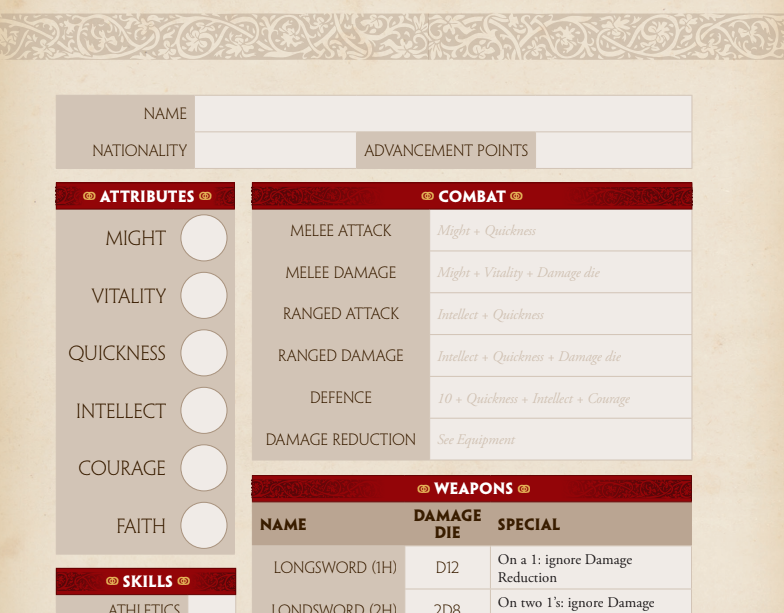 Character creation is the gateway to any roleplaying game, and Heirs to Heresyis no exception! The section opens with ten questions to help get you into the mindset of the era, the Templar order, and your character. As you answer these, you will start to work out what your Templar looks like, where they come from, and their relationship to the order they serve.

Once these questions are answered, we get into the meat of the creation process: the math!

First, you have to assign Attribute scores. In many ways, Attributes are very familiar: there are six of them and Attributes represent your character’s innate abilities, talents, and natural gifts they’re are born with. These six Attributes are something every human in the world has, to varying degrees. High Attributes can be the result of training, natural talents and gifts, or other factors.

The attributes are: Might, Vitality, Quickness, Intellect, Courage, and Faith.

There are fifteen skills in the game, but none of them are combat skills!

Because you’re a Templar Knight, you’re already assumed to be competent in combat. You’ll calculate your Defense (how hard you are to hit), your Stamina (your ability to keep moving in combat), and your Crippling Blow (at what point you start to suffer from Crippling Blows that impede your combat ability).

All of these are generated directly from your Attributes (and multiples of them) independent of skills, meaning that all Templar characters can be good at combat regardless of their character archetype, and even the most scholarly knight is still a knight.

Now, obviously, if you really wanted to make sure your character was poor at combat, you could, but even if you put the minimum in all your attributes, you’d still be better than the average soldier, and that’s the goal! You’re just poor at combat compared to the elite religious shock troops of Europe. 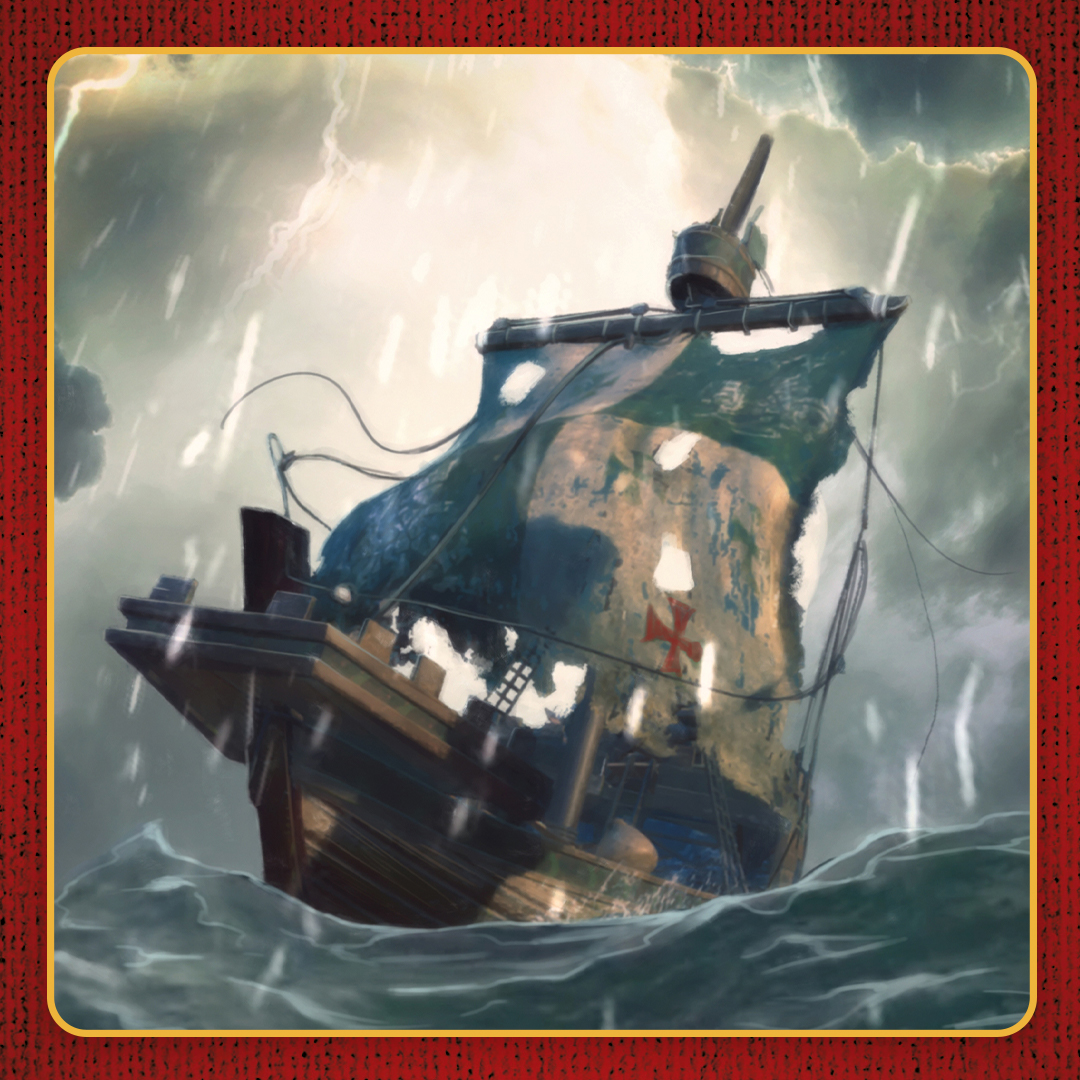 Equipment is handled a bit differently. Templar characters get a standard kit of gear (chainmail, shield, longsword, dagger, mace, axe, and crossbow) to represent the orderly gear they were all trained and managed in. This is you kit you’ll grab in your first session, as you flee the Templar castle in Paris as the forces of the King crash down on you, on that infamous Friday the 13th.

You have no money – why would you need it when the order always provides? – so you will need to figure out how to get by once you’re on the run from the forces arrayed against you!

Finally, the game gives you some prompts to work out your relationships to the other characters, as well as a table of quirks to roll on if you want to give your character some extra flavor, but once you’ve added these finishing touches, you’re good to go!

That's it for another week. Make sure to join Alan Bahr next week as we explore more Heirs to Heresy! If you're as excited for the release of the game as much as we are, you can preorder the hardback of the book here before it's release later this month.