2022 is set to be an exciting year for Osprey – last week we shared the details of our brand-new Dogfight series, and today we’re pleased to announce that we are relaunching our Essential Histories series!

Originally launched in 2001, with topics ranging from the English Civil War to the Korean War, the Essential Histories series studies the origins, politics, fighting and repercussions of one major conflict or theatre of war. Each title in the relaunched series will feature updates from the authors, a reinvigorated design and new images.

We will be publishing the first four titles in early 2022, and we’re delighted to share the details with you today.

The Franco-Prussian War: 1870–71 by Stephen Badsey 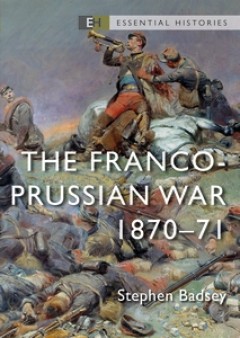 The Franco-Prussian War started in 1870 when Otto von Bismarck engineered a war with the French Second Empire under Napoleon III, as part of his plan to unite Prussia with the southern German states as a new Germany. Stephen Badsey examines the build-up, battles, and impact of the war, which was an overwhelming Prussian victory with massive consequences. The French Second Empire collapsed, Napoleon III became an exile in Britain, and King Wilhelm I was proclaimed Emperor of the new united Germany. In the peace settlement that followed, Germany gained the eastern French provinces of Alsace and Lorraine, areas that were to provide a bone of contention for years to come.

Updated and revised, with full-colour maps and new images throughout, this is a concise study of the largest and most important war fought in Europe between the age of Napoleon and the First World War, a war that marked the beginning of the creation of modern Europe. 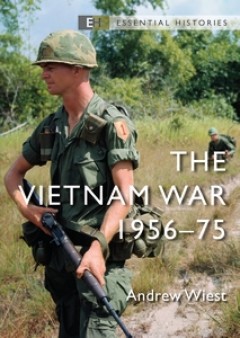 The Vietnam War was arguably the most important event of the “American Century.” America entered the conflict certain of its Cold War doctrines and convinced of its moral mission to save the world from the advance of communism. However, the war was not at all what the United States expected. Outnumbered and outgunned, the North Vietnamese and Viet Cong forces resorted to a guerrilla war based on the theories of Mao Zedong of China, while the US responded with firepower and overwhelming force. The resultant conflict was brutal and prolonged, and its consequences would change America forever, leaving the country battered and unsure as it sought to face the challenges of the final acts of the Cold War. As for Vietnam, the conflict would continue long after the US had exited its military adventure in Southeast Asia.

Updated and revised, with full-colour maps and new images throughout, this is a concise introduction to America’s most divisive war. 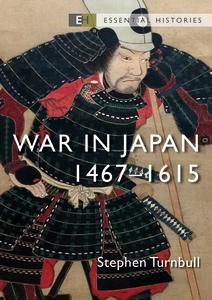 In 1467 the Ōnin War ushered in a period of unparalleled conflict and rivalry in Japan that came to be called the Age of Warring States. In this book, Stephen Turnbull offers a masterly exposition of the wars, explaining what led to Japan’s disintegration into rival domains after more than a century of relative peace; the years of fighting that followed; and the period of gradual fusion when the daimyō strove to reunite Japan under a new Shogun. Peace returned to Japan with the end of the Osaka War in 1615. Turnbull draws on his latest research to include new material covering samurai acting as mercenaries, the expeditions to Korea, Taiwan and Okinawa, and the little-known campaigns against the Ainu of Hokkaidō, to present a richer picture of an age when conflicts were spread far more widely than was hitherto realised.

Updated and revised, with full-colour maps and all-new images throughout, this is a concise introduction to the most violent, turbulent, cruel and exciting chapter in Japanese history.

The Collapse of Yugoslavia: 1991–99 by Alastair Finlan 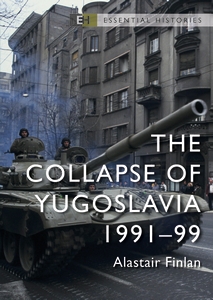 In 1991, an ethnically diverse and peaceful region of Europe descended into violence, lawlessness, bitter hatred and chaos almost overnight, to the bewilderment of international observers. Communities fractured along lines of ethnic and religious affiliation, and the ensuing fighting resulted in horrific brutality, rape, torture and genocide, causing the deaths of thousands of people. In this book, Alastair Finlan examines the internal upheavals of the former Yugoslavia and their international implications, including the failure of the Vance-Owen Peace Plan; the first use of NATO in a combat role and in peace enforcement; and the war in Kosovo, unsanctioned by the UN but prosecuted by NATO forces to prevent the ethnic cleansing of the region.

Updated and revised, with full-colour maps and all new images throughout, this is a concise study of the brutal and bloody conflict in the former Yugoslavia, one of the greatest yet least understood tragedies of the 20th century.

Which ESS titles are you looking forward to seeing relaunched/would you like to see relaunched? Let us know in the comments.