Professor Michael Livingston is the author of Never Greater Slaughter: Brunanburh and the Birth of England, the remarkable story of a forgotten fight for England’s survival. In a series of posts for Osprey, he’s sharing parts of the tale, beginning with what Brunanburh was and how searches for the lost battle began... 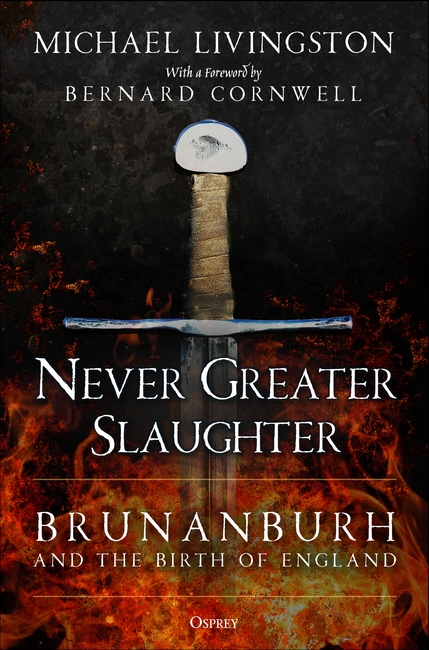 Brunanburh was one of the most important battles in English history, but I first heard of it as a young student in a language class of all things: the remarkable Battle of Brunanburh poem, preserved in copies of the Anglo-Saxon Chronicle, was one of the first works I ever translated from Old English.

Time has not diminished my love of the poem, which remains a truly stunning expression of the hard-won glories and the tragic losses of war. Nor has time diminished my fascination with what I learned next: we knew very little about Brunanburh.

We knew the year of the battle: 937. We knew that on a day that autumn – what day? no one knew – King Athelstan of the English faced an allied army of men who’d only recently been rivals to each other: Scots under King Constantine, Strathclyde Britons under King Owain, Vikings from Ireland under King Anlaf Guthfrithson, and many more. We knew the battle was an existential threat to Athelstan’s survival: on this one day, in this one place, England hung in the balance.

Among the most frustrating things we didn’t know? Where was Brunanburh? How did it happen?

History is full of mysteries, but I’d be lying if I didn’t admit that this one stuck with me. So when it happened some years later that a colleague, John Bollard, off-handedly mentioned the existence of Welsh materials about the battle that I’d never read, I was more than ready to take the bait and plunge down the proverbial rabbit hole of investigation.

What ultimately followed was a years-long, international project to gather all the source materials related to the battle – whatever language they were in – and bring them together with fresh essays about the conflict in what was eventually published as The Battle of Brunanburh: A Casebook (Liverpool University Press, 2011).

Many of the book’s essays presented aspects of the growing case that the battle happened in the mid-Wirral. Paul Cavill persuasively argued that the Modern English word Bromborough – the city on the Wirral Peninsula – almost assuredly derived from the Old English word Brunanburh. He’d released much of this excellent linguistic work before, but his essay in the Casebook presented the arguments in devastating fashion. Stephen Harding provided an essay, building on work first published in 2004, looking at what the known folklore and archaeology of the Wirral could tell us about the possibility that Bromborough was not just a Brunanburh but the Brunanburh. Importantly, his study, which included an overview of previous attempts to locate the battle on the Wirral, concluded that the battle likely took place somewhere on Bebington Heath, near Bromborough – a conclusion in line with early 20th-century historians, though reached for entirely different and more convincing reasons. Richard Coates followed this up with an overview of the socio-linguistic history of the Wirral, showing that at the time of the battle the peninsula was essentially split between Viking and English cultures, and thus a fitting place for a clash between them. Other scholars on our team made points large and small about a possible Wirral location for the battle.

For my part, I wrote an introductory essay to the book that presented a broad historical context for Brunanburh, along with an explanation for how the battle could have taken place on the Wirral: ‘Those individuals seeking the battle site today,’ I wrote, ‘might do best to seek out the heath along Red Hill Road. While local legends that the road was named for the blood that ran upon it are probably in error, there is nevertheless a decent chance that the paths here indeed ran red in 937’ (Casebook, p. 21). Everything I knew – and everything most of my fellow scholars whose work I relied upon knew – said that that’s where it was.

Most folks, to be sure, thought the book was wonderful. More than that, it was considered a great service. Brunanburh has long been a puzzle, and for the first time the puzzle pieces were now all in one place.

But not everyone was happy.

You see, for some people, Brunanburh wasn’t lost at all. To my surprise, the great battle had been hiding all these years under the back gardens of any number of folks living in non-Wirral places that had a B-R-N in the place-name. And those folks were angry – in some cases very angry – that anyone said differently. Even worse was the idea that an American would dare say differently. After all, they pointed out, it wasn’t even my country!

Which is, in fairness, quite true ... though I think we’d all be equal strangers if we tried to fit into 10th-century England at this point. We’re talking about an event more than 1,000 years old!

Still, the anger is interesting. It certainly indicates how important Brunanburh remains in the eyes of many people. It also makes a great deal of sense. If Brunanburh is a puzzle, then it’s one with most of the pieces gone. Even worse, it’s a puzzle for which we don’t have the box. We don’t really know what the picture is supposed to look like.

In that absence, for centuries now, people have been making their own pictures. And, having made them, they’ve become convinced that their pictures are correct. This includes, for instance, the correspondent who thought me a fool for completely failing to see the truth that the battle was fought on Dutch shores.

To be clear: I’m not mocking in the slightest. As I said above, I, too, have long been fascinated by the puzzle. I, too, want to put it together. And now I, too, have made my own picture: Never Greater Slaughter.

The solution I reveal in this new book doesn’t agree in all respects with what I said about the battle in the Casebook a decade ago. Ten years has given us a lot more evidence to work with as we try to fill in the missing pieces. But the most basic conclusion I am presenting is absolutely the same: Brunanburh was fought on the mid-Wirral. We had every reason to believe it before, but as I explain in Never Greater Slaughter, we have so very many more reasons to believe it today.

This includes, as I’ll be discussing next week, possible battle-related finds. So stay tuned!