On the blog today, we're looking at three fantastic pieces of artwork from three of our April 2021 titles. Don't forget to let us know what you think in the comments section and, if you would like to see any artwork from our May titles, be sure to mention that too! 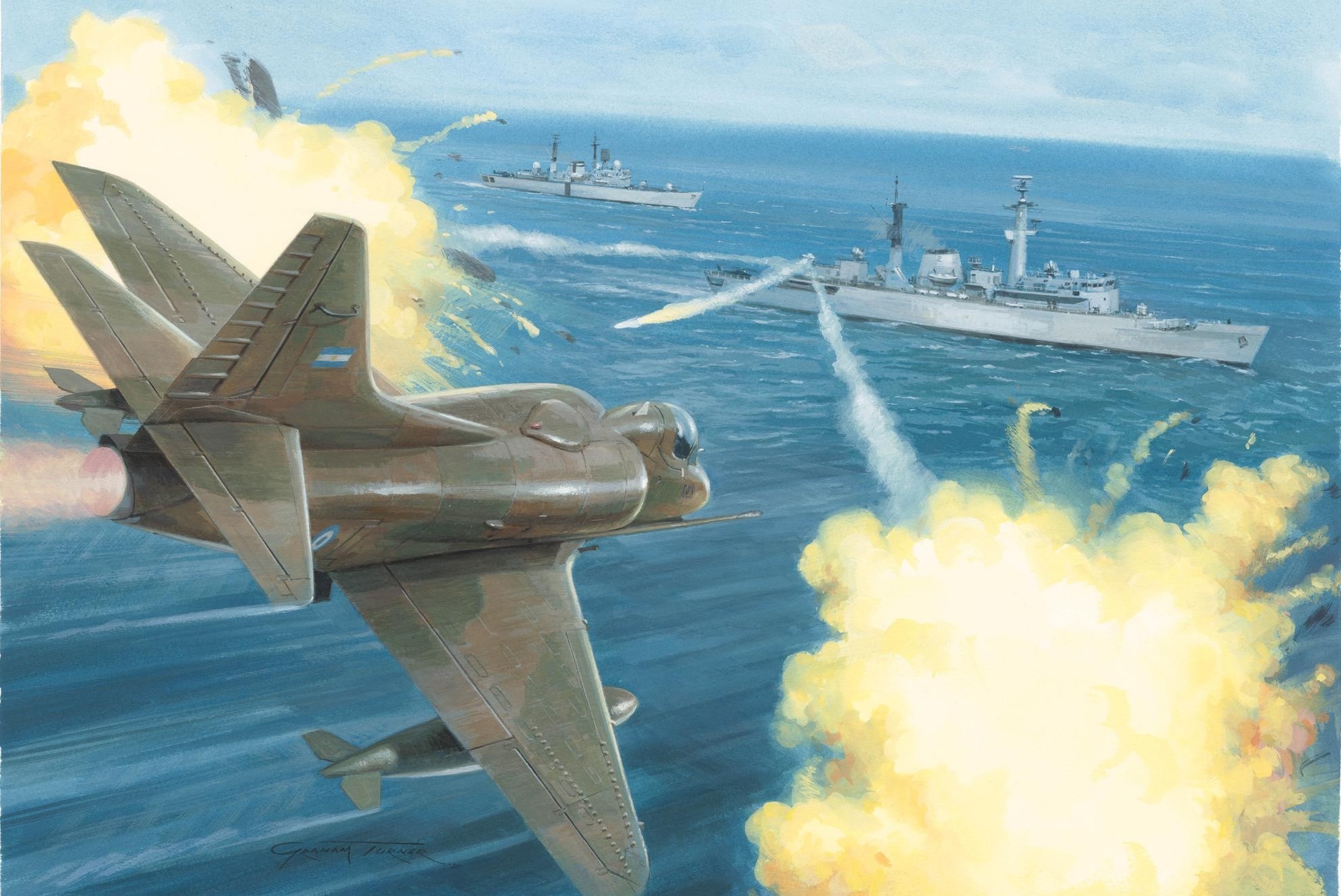 The first plate, requested by AdamC, depicts the interception of Argentine Skyhawks by HMS Brilliant’s Sea Wolf System. Here the frigate Brilliant (left) and destroyer Glasgow (right) are in position as a ‘combo' to lure Argentine aircraft, intercept resupply flights and undertake shore bombardment. The Argentines launched a sortie of four Air Force Skyhawks to intercept the ships. After air-to-air refuelling to extend their range, the four jets came in low to attack the two ships. In its first action, Sea Wolf responded well to the challenge. The first two missiles launched destroyed two aircrafts and the third missile forced the pilot into such drastic evading action that he ended up crashing into the water.

DUE 110: Arab Armour vs Israeli Armour by Chris McNab
Artwork by Jim Laurier 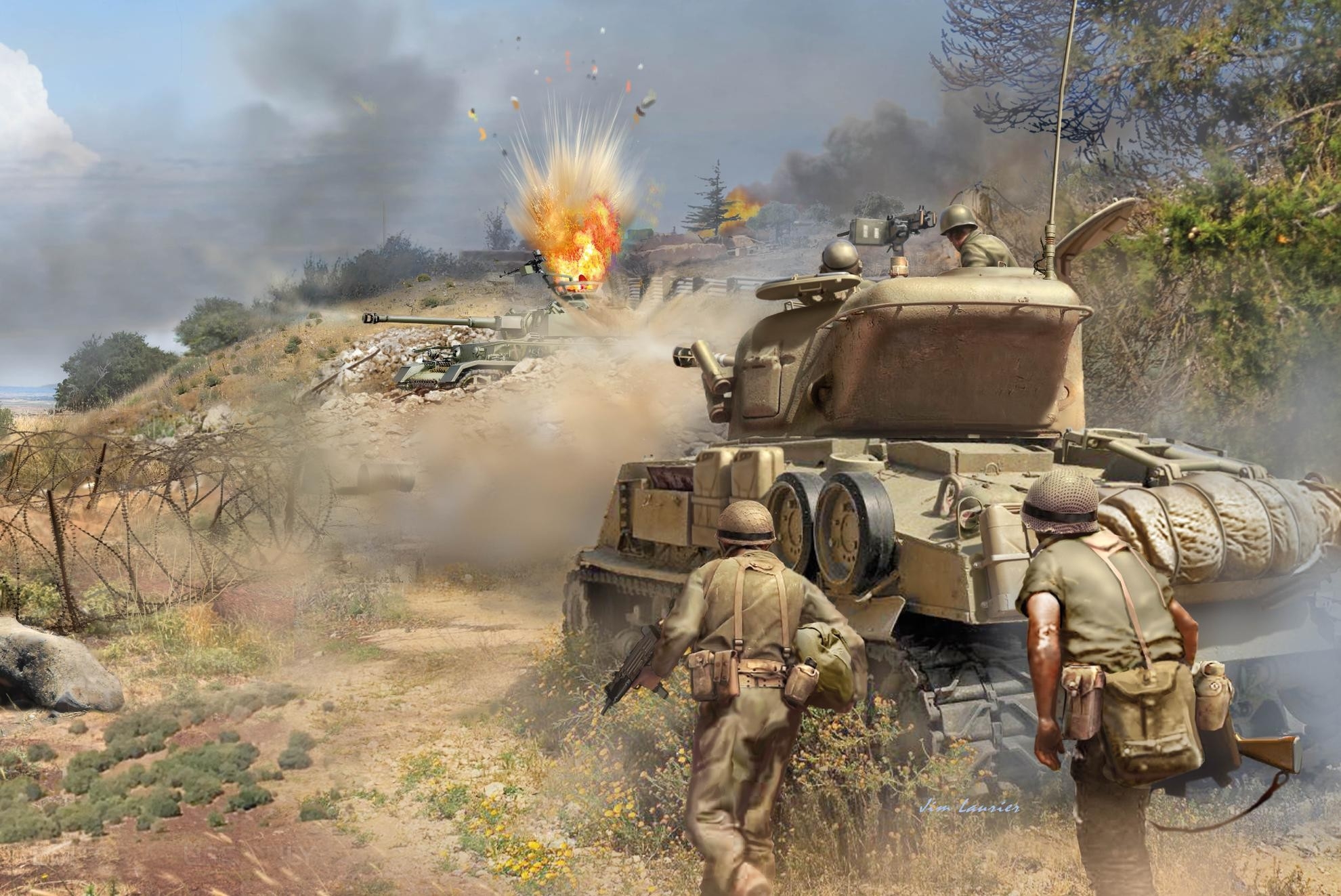 The next piece of artwork, requested by KAL9000, shows a DF M50 Super Sherman vs Syrian Panzer IV conflict in the Golan Heights on 9 June 1967. The Israeli assault on the position of Tel Fahr in the Golan Heights was fiercely contested on the 5km approach. Mechanized infantry of the elite 1st Golani Infantry Brigade were escorted by a small force of Super Shermans up to the Syrian defensive position, which featured extensive networks of trenches, bunkers and minefields plus anti-tank guns and hull-down Syrian PzKpfw IVs, all of which put the IDF tanks and half-tracks under heavy fire as they closed on the position. Eventually, nine of the Shermans would be knocked out, but one of them destroyed a Panzer IV at the entrance of the position, shown here. The 105mm shell had little trouble penetrating the German tank's armour; it was most vulnerable on the sides, where both the hull and the turret armour was only 30mm deep.

WPN 78: The Bayonet by Bill Harriman
Artwork by Adam Hook and Alan Gilliland 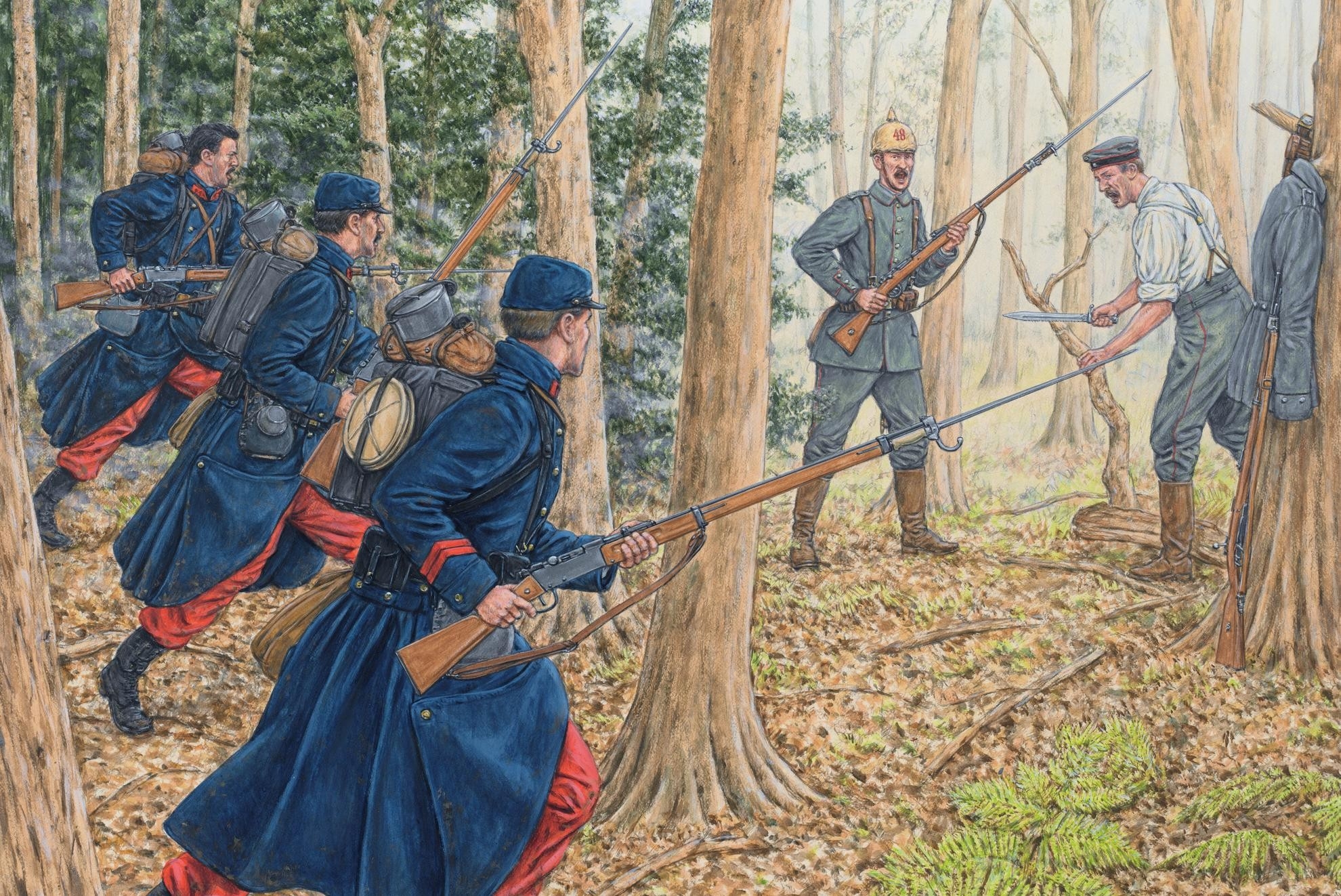 The final image, requested by GI Gene, depicts an ambush in 1914. Here, two German soldiers – an infantryman and a pioneer – are surprised by a French patrol during the early weeks of World War I. The pioneer is using the saw-toothed back of his Mauser S 98/05 bayonet to cut a tree branch. The infantryman is armed with a Mauser S 98 bayonet with its distinctive, long quill-backed blade.The three French soldiers are armed with 8mm Mle 1886/M93 Lebel rifles fitted with the distinctive white-metal-hilted Mle 1886 bayonet.