A Billion Suns is the new wargame from Mike Hutchinson, designer of the multi-award-winning Gaslands: Refuelled. Keep an eye on the official A Billion Suns website and the Osprey Games blogs for more news and updates about the game!

With A Billion Suns out next month, we’re getting our fleets ready for interstellar battle! Today on the blog we’re looking at one of our fleets that will be joining the mad gold rush to claim the stars. 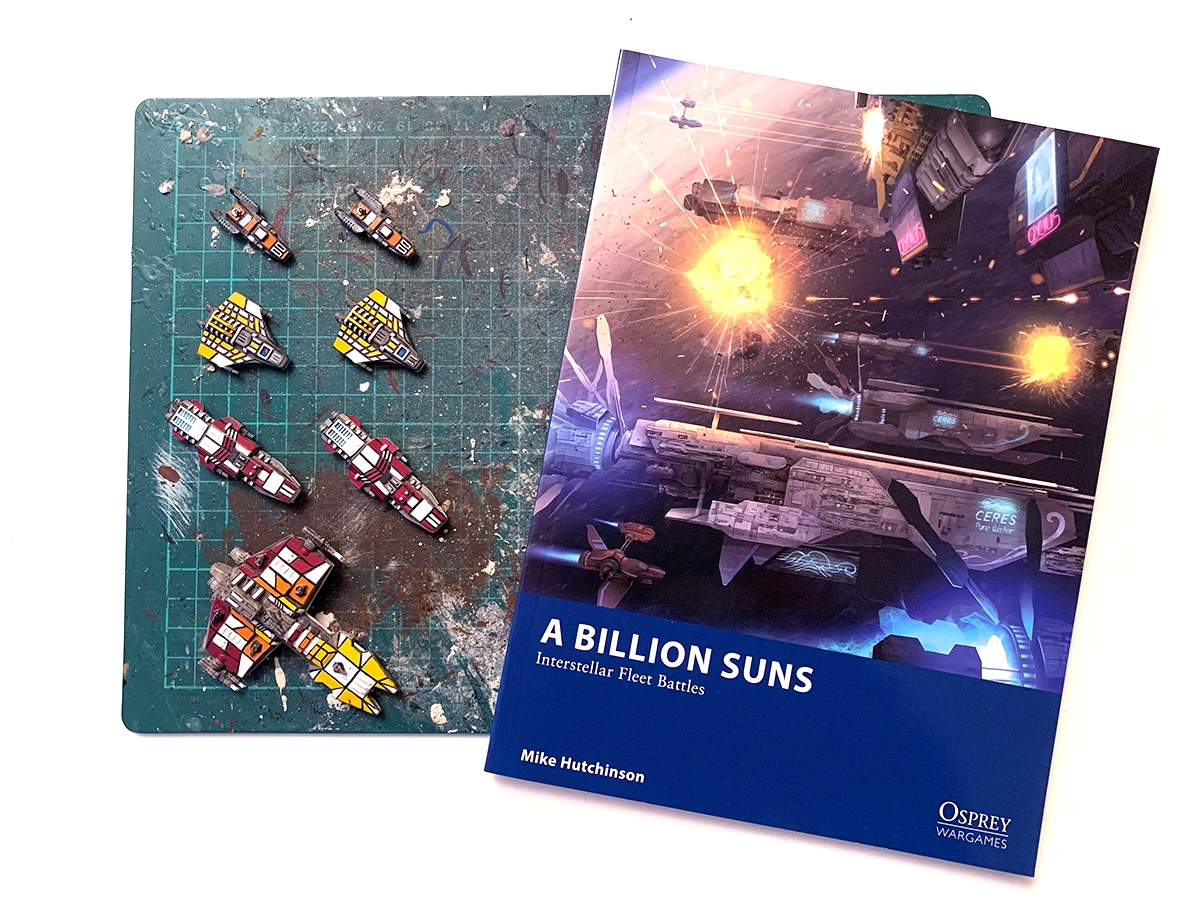 The miniatures for this fleet all came from Brigade Models (these specific examples came from the CDSU battle fleet, but they have plenty of great miniatures available). There are plenty of other places to get miniatures from, and you can find a list of them on the A Billion Suns website.

As I look at the ships in a little more detail I've included the ship class I intend for them to represent on the tabletop. However, the way A Billion Suns works offers much more flexibility than this. Throughout the game you will be requisitioning Battlegroups to the table, deploying the ships where they are needed most, so they could easily represent other ships if needed in a certain game. You can find a summary of the ship classes on the Billion Suns website. 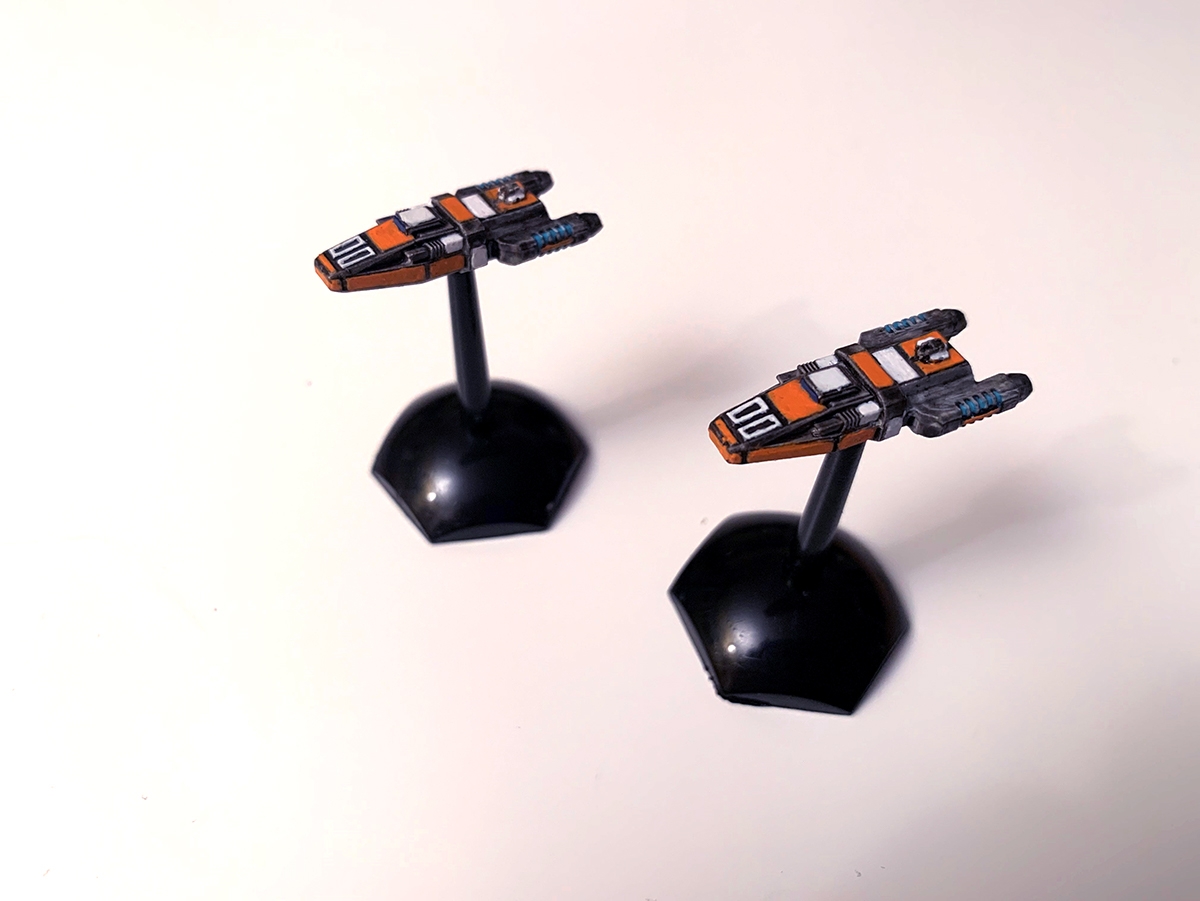 At present the smallest ships in my fleet, these are my cheap and cheerful Light Utility Ships. On their own they are unlikely to pose much of a threat, armed only with the short range Light Blasters, but as one of the cheapest ships in the game I wanted to have some available to call onto the tabletop if needed. 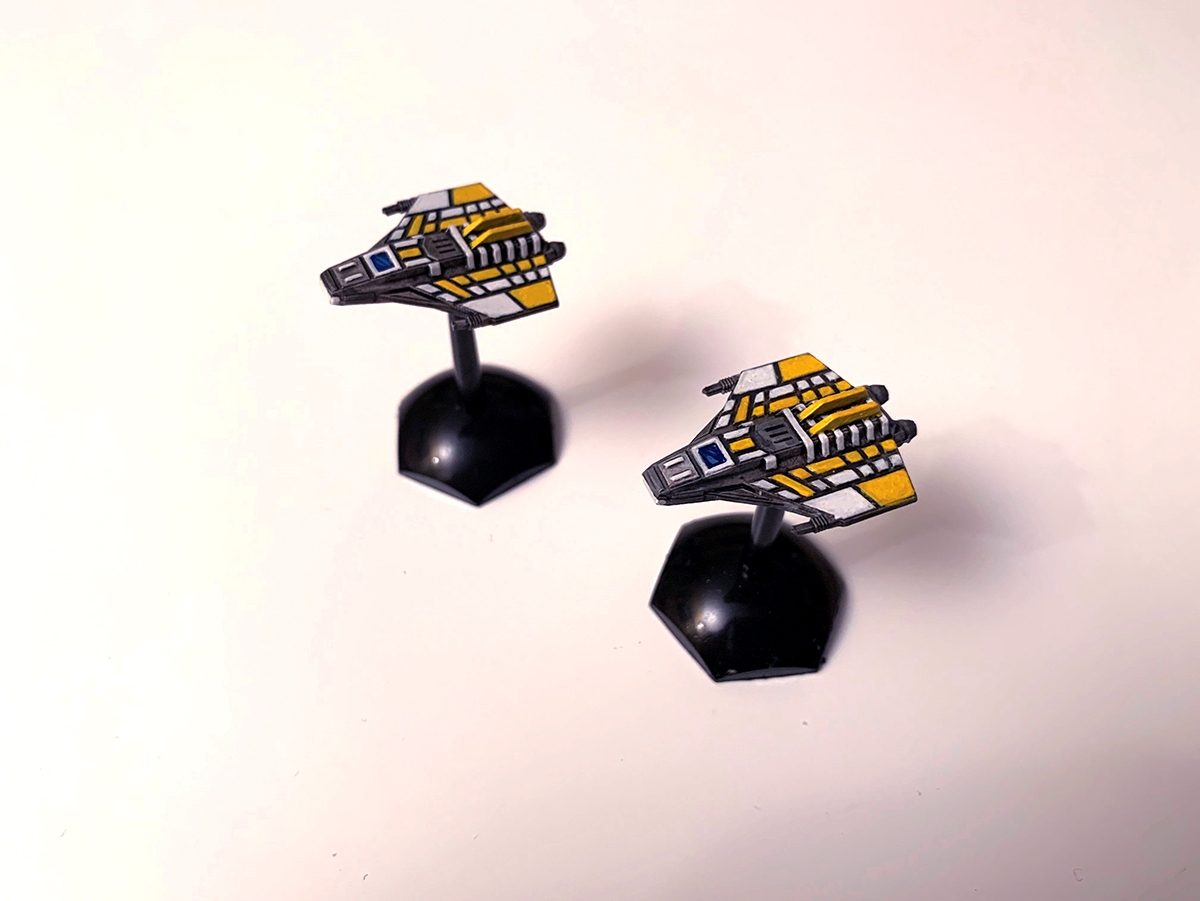 Next we have a couple of Gunships – three times as expensive as the Light Utility Ships, but worth every Credit with their extra speed and firepower. 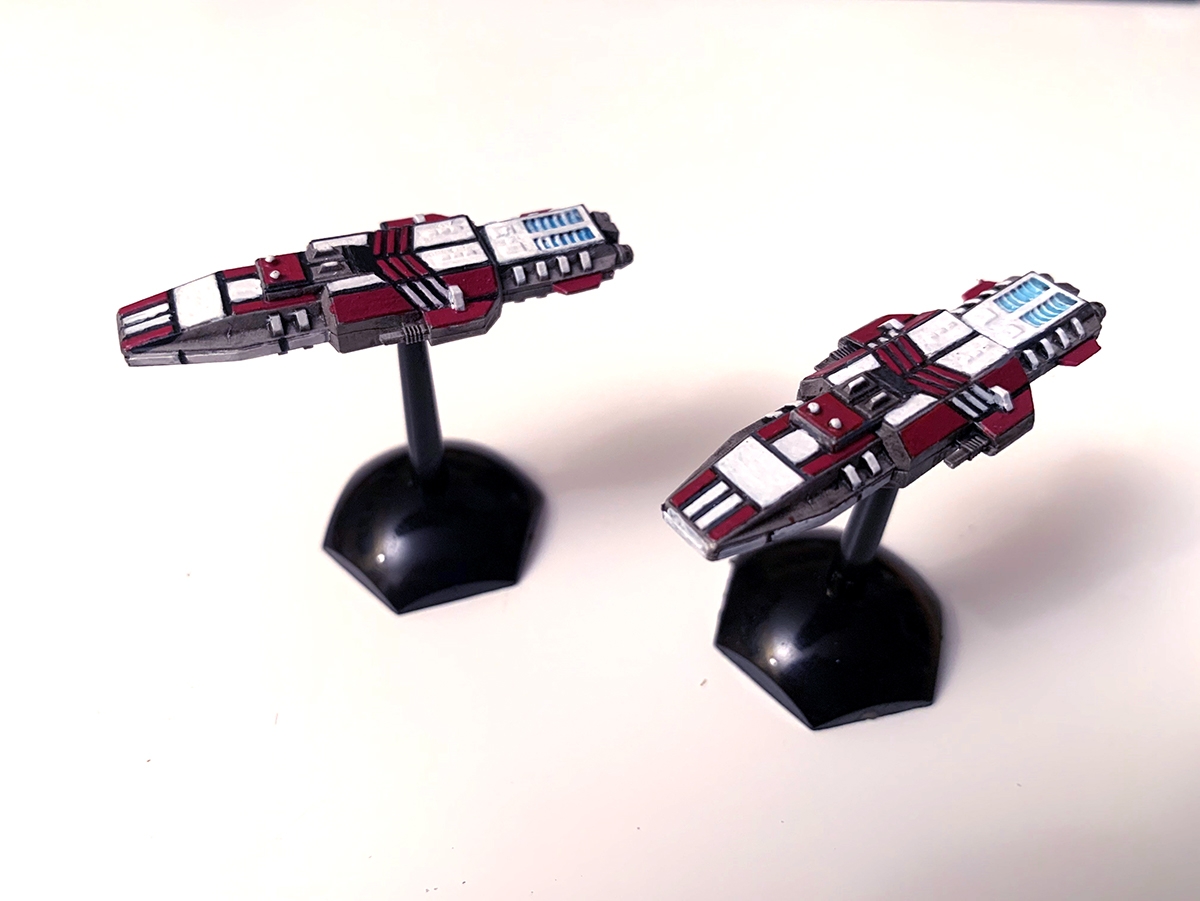 There are going to be times when Gunships and Light Utility Ships won’t cut it – that’s where the Corvette comes in. It’s one of the fastest ships out there, and can pack a punch with its Turbo Blasters and auxiliary Blasters. 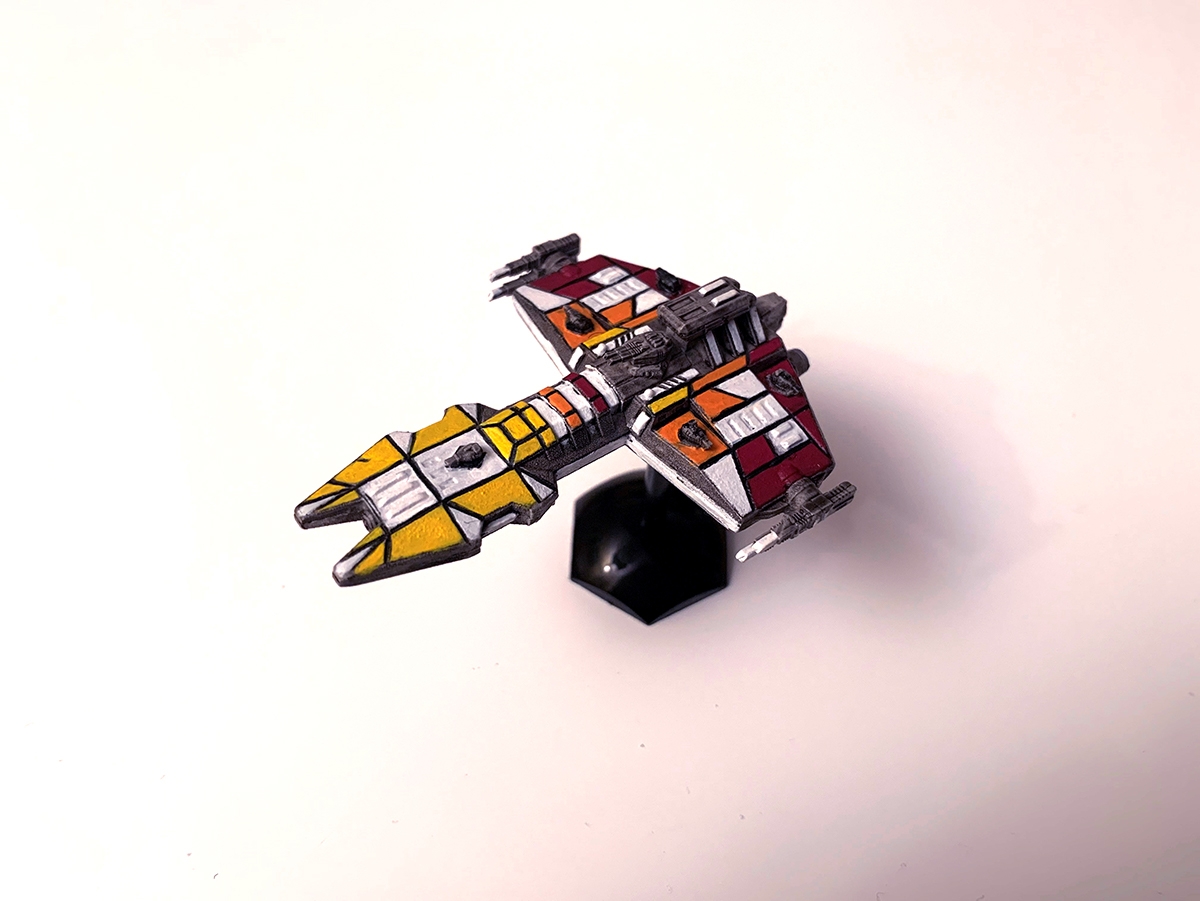 Finally (for now) we have the largest ship in the fleet – a real behemoth ready to be called in when we need the big guns. I’ll be using this ship to represent either a Frigate or a Destroyer, both heavily armed options that can dish out (and take) a lot of punishment.

Next week we’ll be looking at one method for making asteroids that you should have everything you need for at home. For now, make sure you join the Facebook Group for A Billion Suns, follow them on Twitter, and preorder your copy of the game!