On the blog today, Massimiliano Afiero, author of the new Men-at-Arms title, Dutch Waffen-SS Legion & Brigade 1941–44 looks at the formation of the Dutch volunteer square following Operation Barbarossa in June 1941. 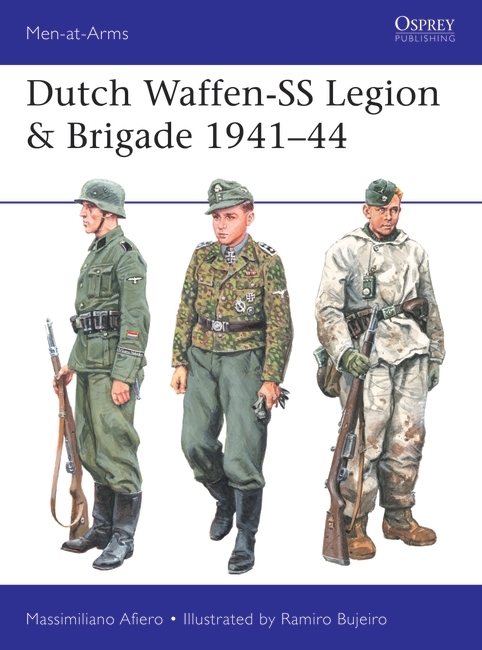 At the dawn of 22 June 1941, Third Reich troops crossed the border with the Soviet Union, initiating one of the greatest military invasions of history: Operation Barbarossa. The news spread rapidly throughout the world and all major allies of Germany hastened to declare war on the USSR to take part in the crusade against Bolshevism, countries such as Italy, Romania, Hungary, Slovakia and Croatia. The German propaganda machine, well directed by Joseph Goebbels, immediately strove to turn the attack into a real crusade with European civilization opposing Soviet barbarism; above all he wanted to make the rest of the world think that this was a preventive attack, to stop the invasion of Communism at the heart of Europe, something already established in Stalin's plans. After succeeding in involving the main allies of the Third Reich, German propaganda (in their project to internationalize the war in the East) organized recruitment centres throughout Europe, with the intention of forming voluntary units, the so-called Freiwilligen Legionen (Legions of Volunteers) to be deployed against the Soviets. To this end, exhibitions, conferences and events were organized to gather support for the new Crusade against Bolshevism and above all to recruit volunteers for new voluntary training, especially young people of Germanic, Swiss, Swedish, Danish, Norwegian and Flemish origin.

In Holland, the day after the start of Operation Barbarossa, formation of a voluntary legion to engage on the Eastern front was immediately started, with the support of the National-Socialistische Beweging of Anton Adrian Mussert, the main movement of the Dutch right. On 10 July 1941, the Reichskommissar in Holland, Arthur Seyss-Inquart, officially announced the birth of the Dutch Legion, the Freiwilligen Legion Niederlande. First Lieutenant General H. A. Seyffardt, former Chief of Staff of the Dutch Army, was chosen as the first commander. The following day, the campaign was initiated throughout the country, encouraged by sections of the NSB party. Many young people signed up, especially members of the Weerbaarheidsafdeling, which were added to the 1,400 Dutch volunteers of the disbanded Northwest regiment. Flemish volunteers also arrived from nearby Flanders.

The SS-Freiwilligen Legion Niederlande, was made up of three thousand volunteers, and was organized in three infantry battalions, each with four companies, plus a thirteenth company of infantry cannons and a fourteenth anti-tank company. The volunteers were transferred to the Truppenübungsplatz in Arys in mid-October 1941, where they began their training under the guidance of strict German instructors. After completing the training, the Legion was transferred to the Volkhov front, north of Lake Ilmen, finding itself in the middle of the Soviet winter counteroffensive. Between 1942 and 1943, the Dutch volunteers were engaged on the front at Leningrad, first in the Selo-Gora sector and then in the Krasnoje-Selo, in a difficult war against a fierce enemy with the terrible conditions of the Russian terrain. Fighting bravely alongside German units and other foreign volunteer formations, Dutch volunteers particularly distinguished themselves, most especially Sturmmann Gerardus Mooymann.who was decorated with the Knight's Cross.

In April 1943, the survivors of the Dutch Legion were withdrawn from the front line and transferred to the Grafenwohr training camp for a period of rest. Officially disbanded by the Legion, Himmler persuaded the Dutch volunteers to fight alongside the German armed forces in the new SS Panzergrenadier Nederland Brigade. Aggregated at III.SS-Pz.Korps, the Dutch SS Brigade continued to be engaged exclusively on the Eastern front (except for a brief initial spell in Croatia), participating in some of the most difficult defensive battles on the north-eastern front: the Leningrad front, Narva bridgehead, line Tannenberg, Dorpat, Curlandia and finally in Pomerania, before being transformed into a new division SS, the 23.SS-Frw.Pz.Gren.Div. 'Nederland'.

The book traces the history of the Legion and that of the Dutch Brigade, with a detailed analysis of all the battles in which it was involved. The text is accompanied by information on uniforms and badges worn by volunteers. The included photos come mainly from publications of the time, from the U.S. National Archives and private collections, many of which are unpublished.

Order your copy of Dutch Waffen-SS Legion & Brigade 1941–44 from the website now.