On the blog today, we’re looking at three great pieces of artwork from a few of our June books. Let us know what you think and if there are any July titles you want to see art from in the comments section below! 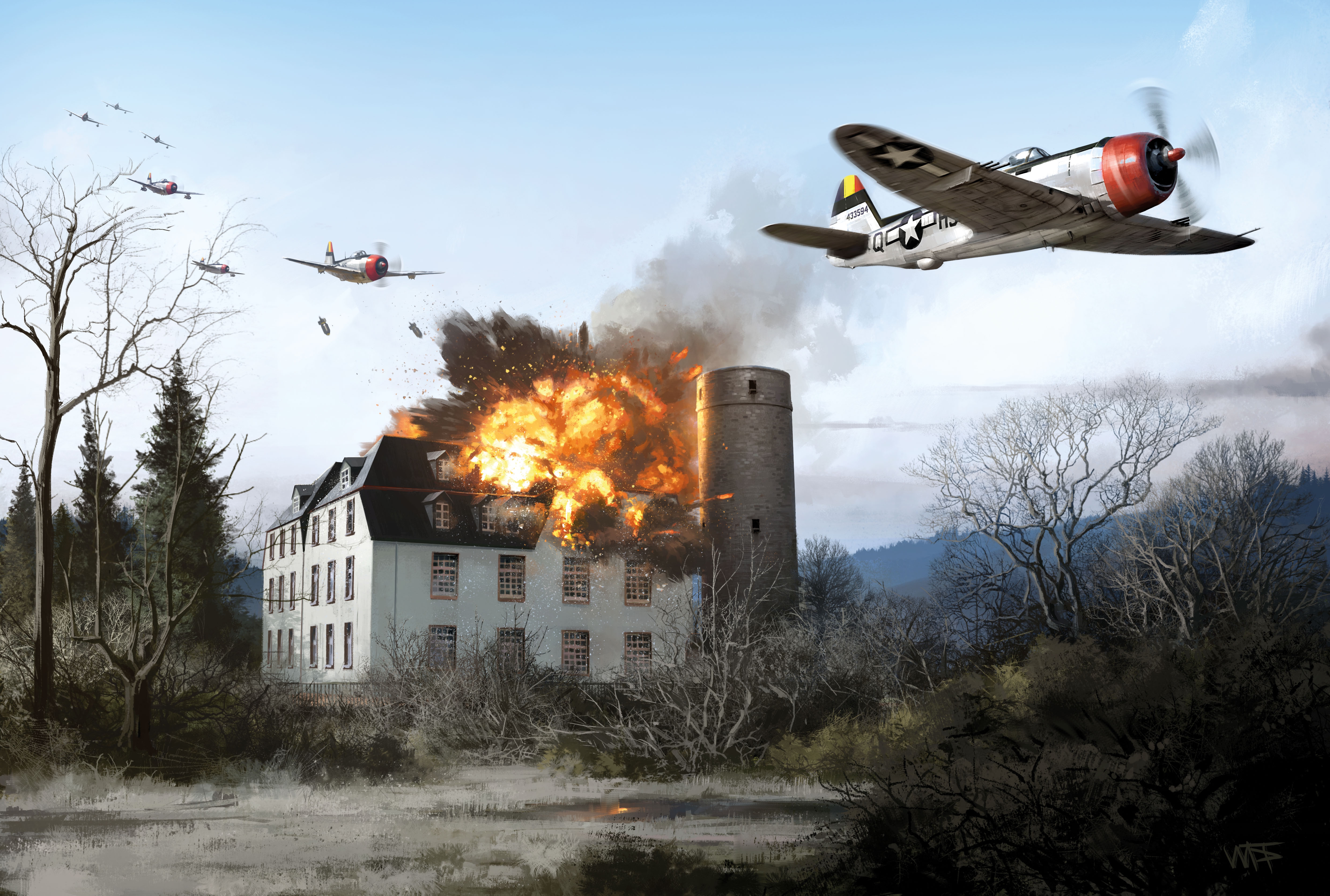 The first plate comes from CAM 350, was requested by KAL9000 and depicts the events of 19 March 1945 when P-47s from the 367th Fighter Group, composed of 392nd, 393rd and 394th Fighter squadrons attacked Kesselring’s Oberbefehlshaber (OB) West headquarters at Ziegenberg Castle (right next to Hitler’s Adlerhorst).

DUE 102: P-40E Warhawk vs A6M2 Zero-sen by Peter Ingman
Artwork by Jim Laurier and Gareth Hector 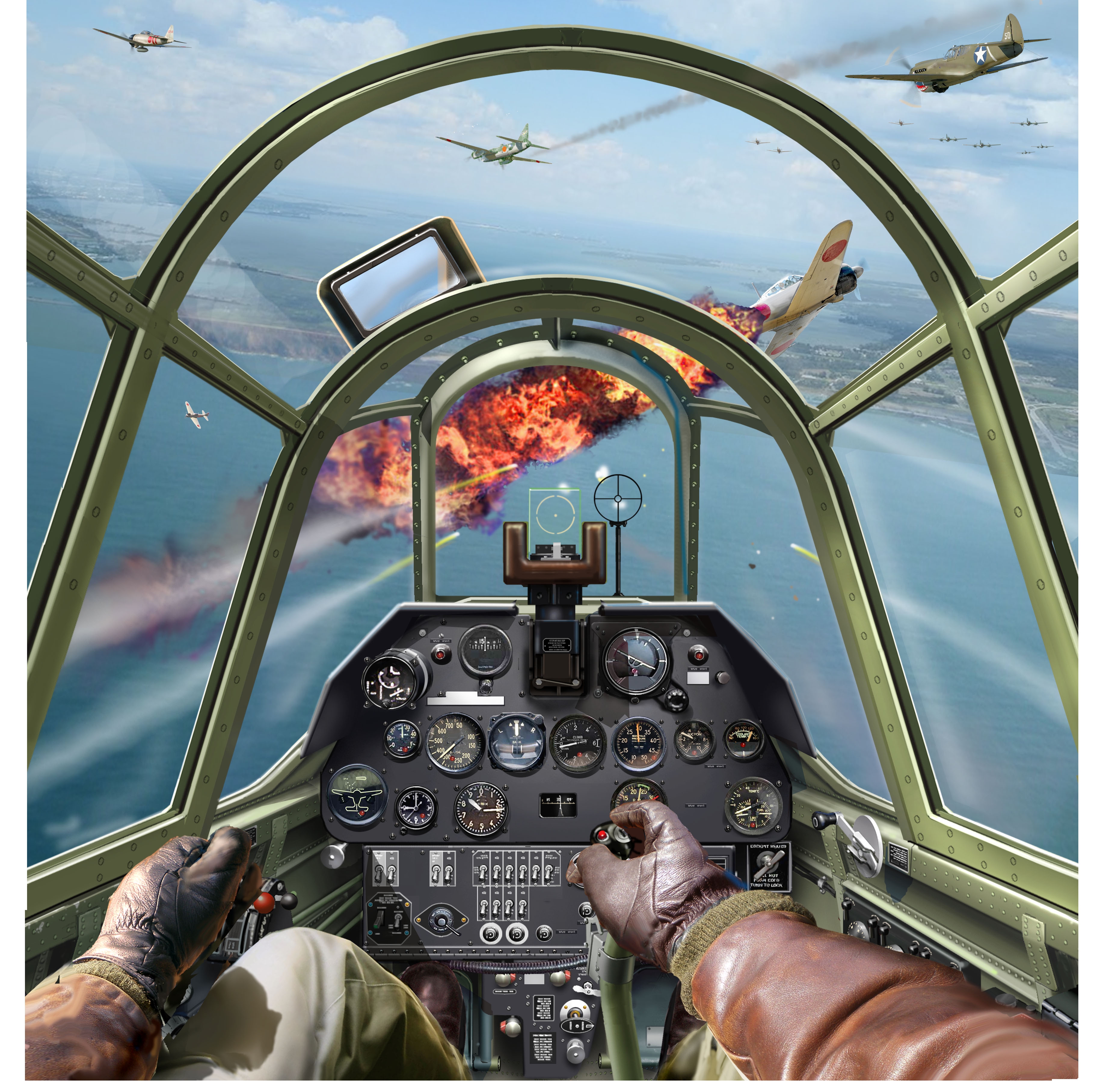 This plate, requested by AdamC, shows a P-40Es pilot engaging the enemy on 23 August 1942. On this day, a large aerial engagement took place where 27 G4M ‘Bettys’ of the Takao Kokutai, escorted by a full three chutai of 27 A6M2 Zero-sens from the 3rd Kokutai, targeted Hughes airfield to the south of Darwin. These aircraft were engaged by several flights of P-40Es from the 49th FG’s 7th and 8th FS both on their way to and from the target. Using ‘dive and zoom’ tactics, the USAAF pilots succeeded in breaking up the usually tight escort formations. From December 27 1944 to March 5 1945, B‑24J Liberator bombers of the 7th Bomb Group dropped 413 Azons on bridge targets in Burma, making 87 hits and destroying or rendering unserviceable 23 bridges, while damaging three more. This plate, requested by GI Gene, shows one such attack by a VB‑1 Azon on Sittang River, Burma in December 1944.