Today's blog post looks at three fantastic pieces of artwork from a few of our July books. Let us know what you think and if there are any August books you want to see artwork from, feel free to mention that too! 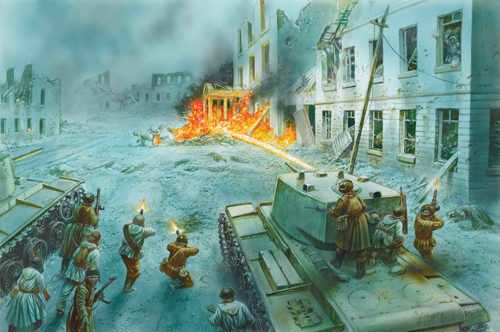 The first piece of artwork comes from CAM 351: Velikiye Luki and is requested by KAL9000. It depicts an attack on Christmas morning in 1942 when the Soviet Army pushed north from the Felt Factory, towards the strongpoint known as Nürnberg. In this scene, a KV-8 douses a German MG 34 machine-gun team, located in a shell hole beside a building with a long jet of flame, setting the crew and their position ablaze. A few hardy German infantrymen in the building adjacent to the Soviets continue to resist, one of whom is about to hurl a concentrated charge (Geballte Ladung) at the Soviets outside. Even with flamethrowers, the Soviets must still overcome the defence of each building with intense close-quarter combat, which will cost them dearly. Although the German defence is badly stressed and nearly collapses, it somehow manages to hold on for another day. 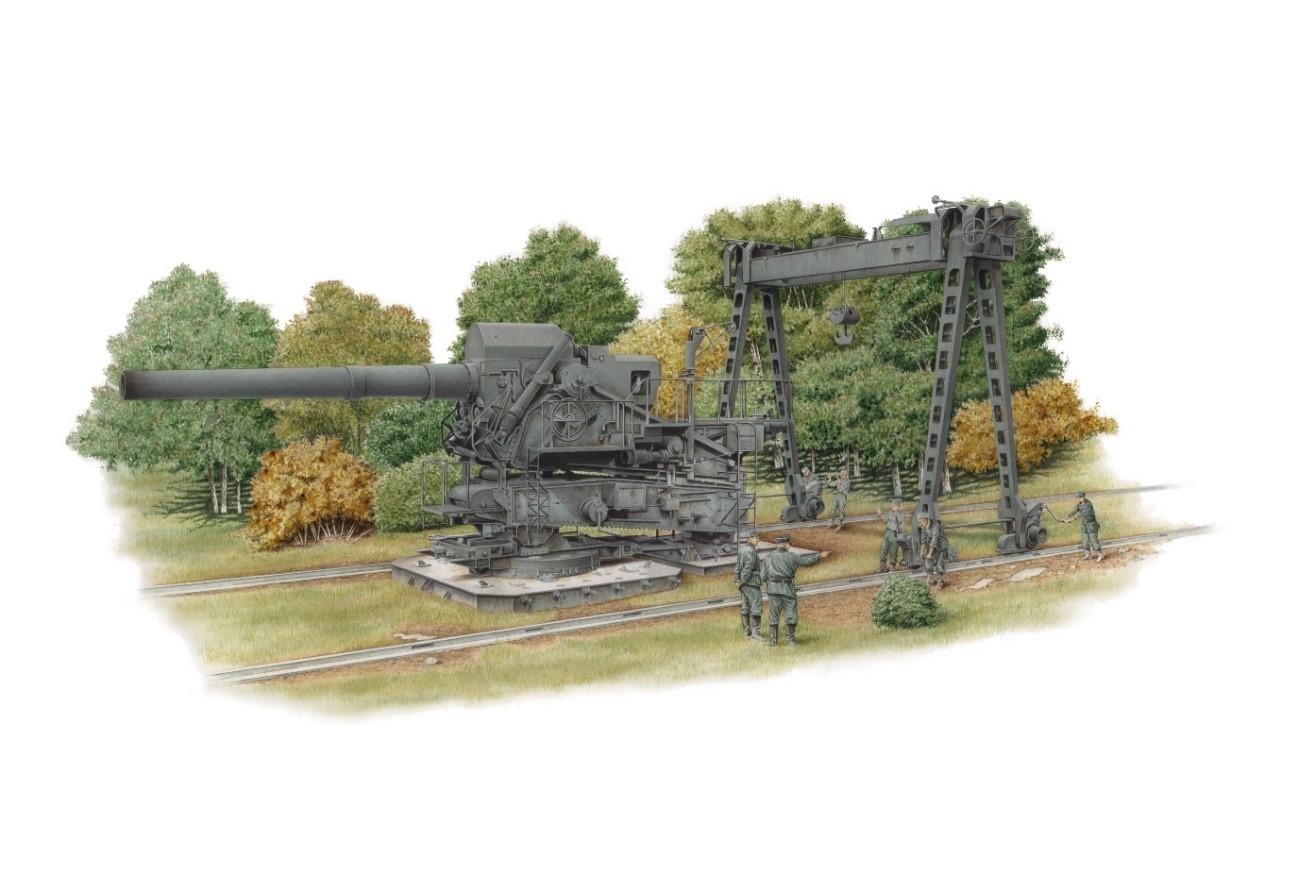 This next plate, requested by GI Gene, depicts a 30.5cm mortar. When in action, the mortar was typically placed behind a forest or hill to hide its position from enemy observation. The mortar could fire one round every five minutes. A crew of ten to twelve soldiers operated the gun. They loaded the mortar by manually sliding a projectile from the handcart onto the loading tray and then using a ramrod to push the projectile from the loading tray into the barrel. Next, the cartridge case was seated in the breech behind the projectile, and the breech block was closed. The mortar’s barrel was elevated to the proper angle for firing, and the crew moved away from the gun to avoid the shock of the muzzle blast. The gun was fired by a soldier pulling on a lanyard that activated the firing mechanism. 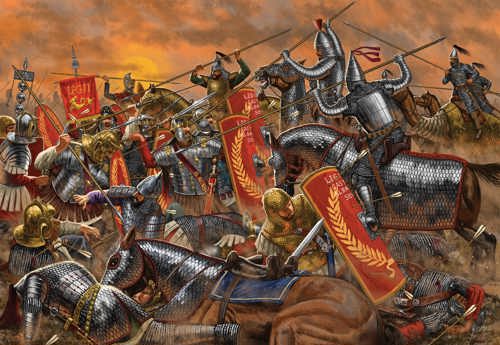 The final piece of artwork shows the events on the third day at the Battle of Nisibis in 217 AD. Both sides remained locked together, grappling to the end as the last rays of light settled over the featureless plain that so many thousands had already lost their lives contesting.