Today we're looking at the German Soldiers in Winter Gear, along with a painting video from Pete the Wargamer and a great reference image from Warrior 76: German Infantryman (2) Eastern Front 1941-43 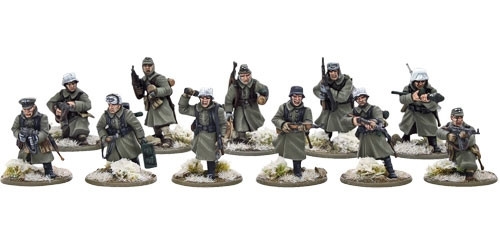 The boxed set gives you everything you need to create 30 plastic German infantry with a host of different options for their weaponry and equipment. Some of the weapons may not be accurate for Stalingrad, so if you are making a German army specifically for that momentous battle you'll want to double check what equipment was available to the soldiers.

If you're looking for a suggested painting scheme for these figures, you can take a look at this great video from Pete the Wargamer.

As an additional reference for your German forces, here is an illustration and extract from Warrior 76: German Infantryman (2) Eastern Front 1941–43 that we're sure you'll find useful. The illustration is by Elizabeth Sharp, and the description is by the author, David Westwood. 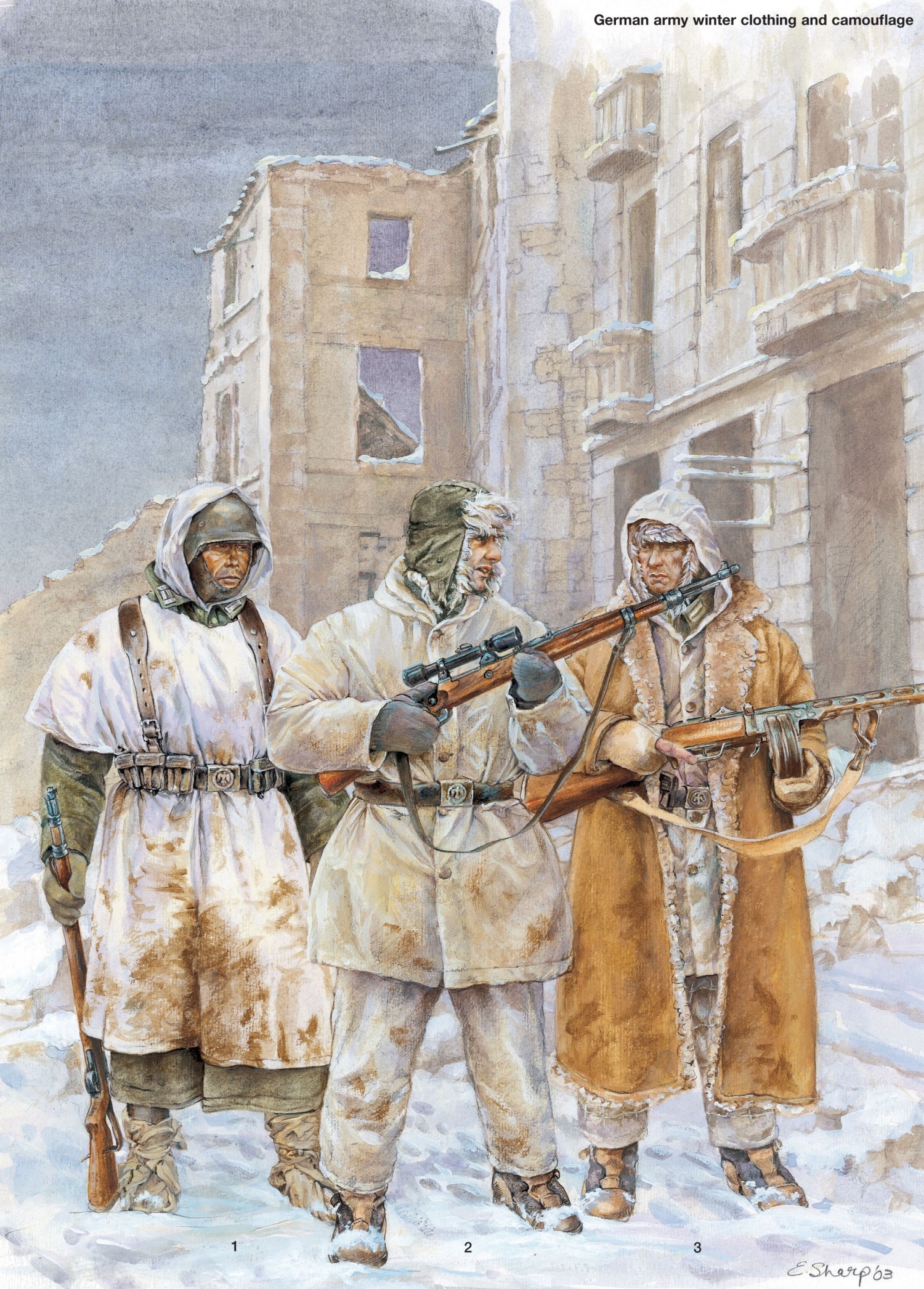 Stalingrad – the place where the German 6th Army was defeated. These men are illustrated in three different styles of winter clothing, ranging from the basic to the slightly more effective. The campaign in the east was intended to end by Christmas 1941, with the German Army warmly ensconced in Moscow, Leningrad and elsewhere, not digging in or rather building up in open plains amid sub-zero blizzards, ice and snow. This miscalculation left the Germans in the front line outside Moscow facing adequately equipped Russian troops in nothing more than their summer uniforms, greatcoats and whatever else they could beg or steal. (1) The man on the left is dressed in the standard uniform, and has made some attempt to conceal himself from the enemy. Stolen sheets provide some vestige of cover, but dirt from trenches, weapons, explosives, mud and food have contrived to make him look more like a refugee than a member of a proud fighting force. The main problem, noted by the Finns early on in the war, was that the Germans had studs going into the soles of their boots. In sub-zero conditions, these studs have no grip and worse, they conduct the cold straight into the wearer’s feet. This man has wrapped sacking round his boots in the vain hope that this will keep him warmer. (2) The man in the middle is slightly better dressed, but like everyone in Stalingrad, lack of food and sleep contrived to render him less and less effective as a soldier. However, as a sniper he has to wait for long periods in the cold, and has been issued with a winter camouflage uniform, a fur hat and some sensible boots. He carries a Kar 98k with a telescopic sight and a winter trigger, so that he can fire the weapon without putting bare skin onto the trigger, where it would freeze solid. (3) The man on the right has a much better sheepskin coat, together with kapok trousers, good boots and a fur hat. He also has had the sense to relieve a Russian soldier of his sub-machine gun, for Russian machine-guns guns were far better at operating in the cold conditions, unlike the German issue MP38 and MP40, which froze repeatedly.