Osprey Games is delighted to announce that in November 2020 we will be publishing Those Dark Places: Industrial Science Fiction Roleplaying by Jonathan Hicks, with illustrations by Nathan Anderson. 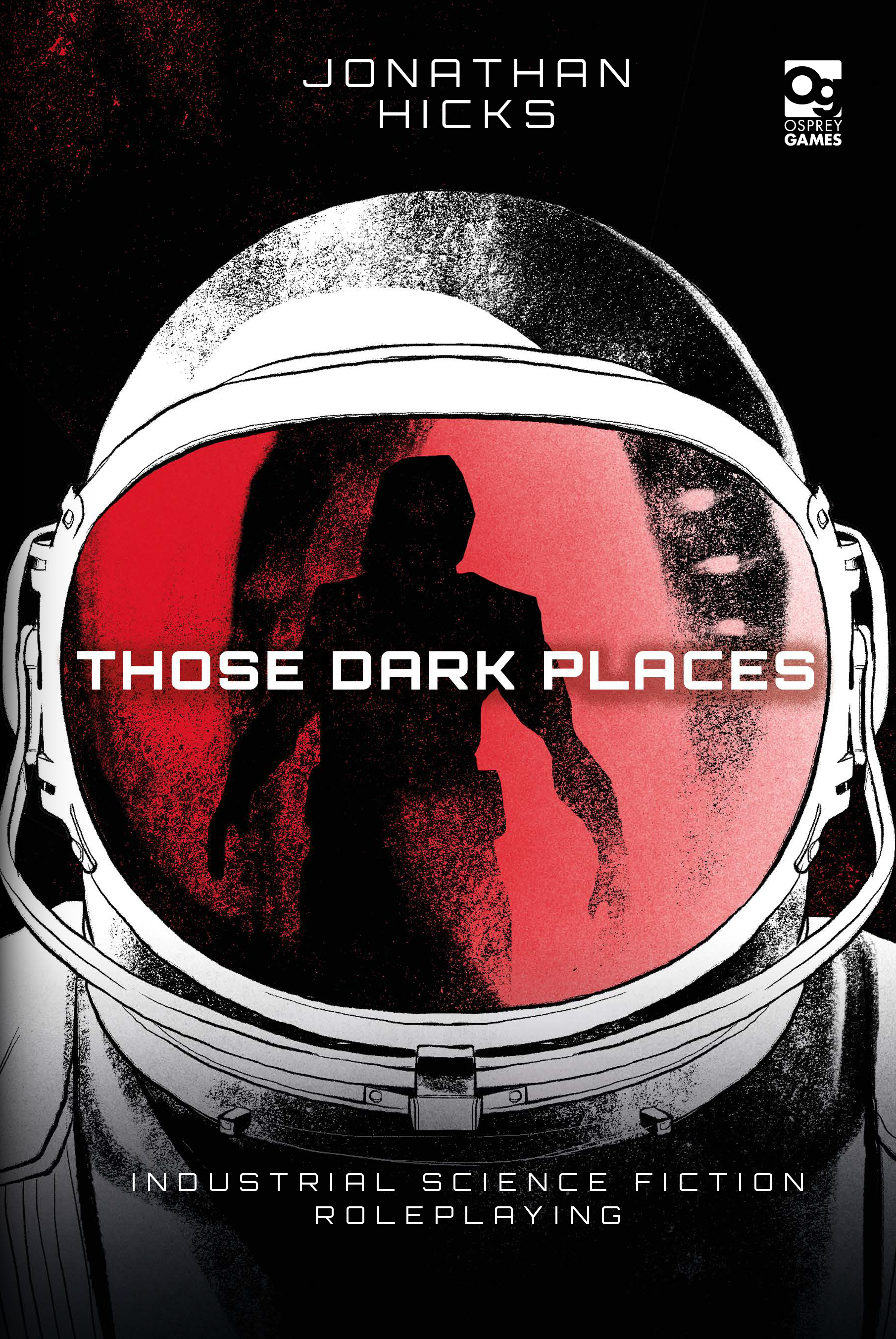 Inspired by the aesthetic of iconic science-fiction thrillers such as Ridley Scott’s Alien and the Dead Space video games, this highly thematic RPG thrusts players into deep space; a grim, dark, claustrophobic setting that constantly hints at danger. A sleek ruleset keeps players focused on the story as they venture into shadowy corners of space that no-one has ever explored and face the unknown. 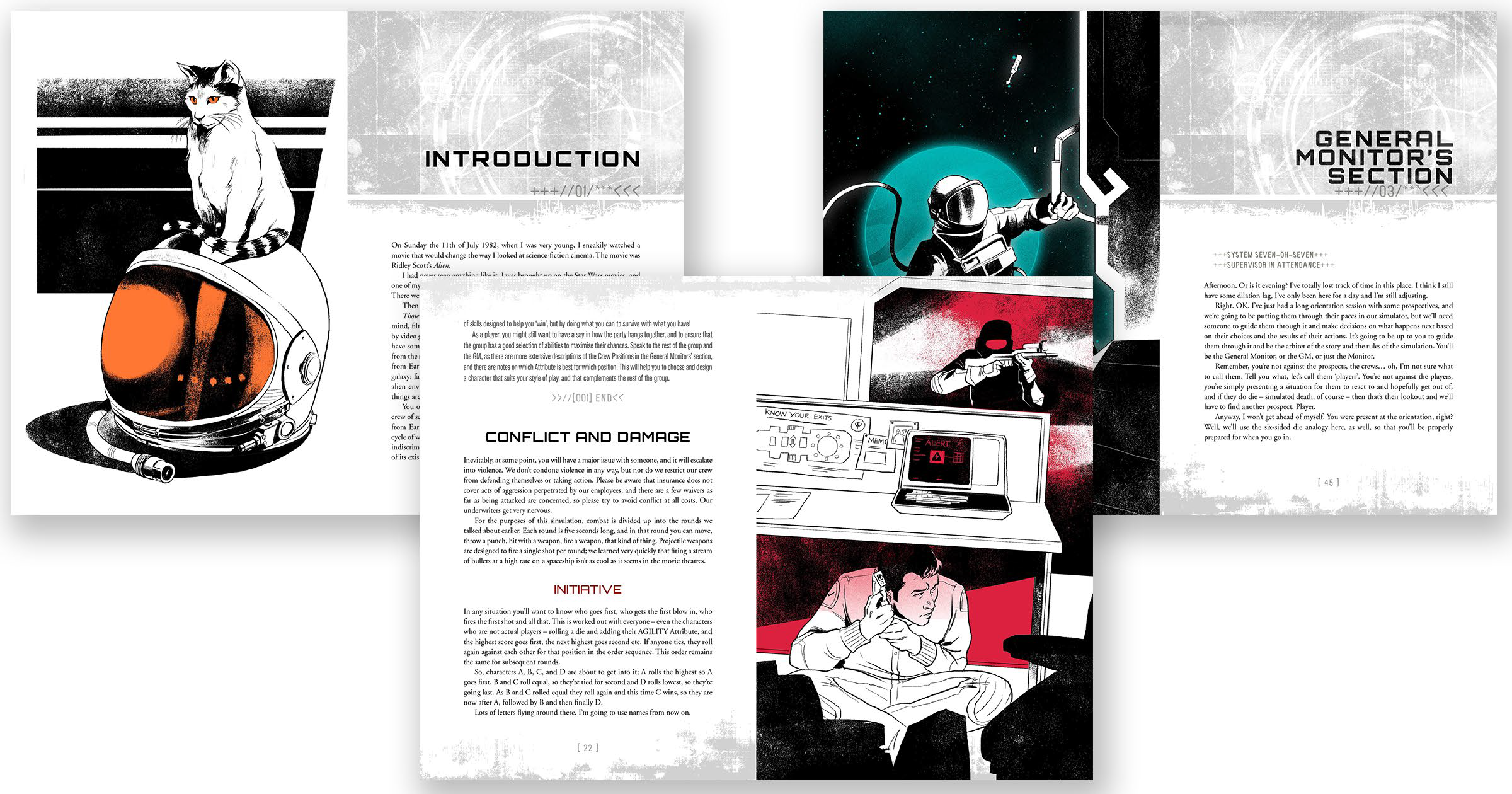 “I've written various articles, reviews, and interviews for the RPG industry for more than a decade, so of course I jumped at the chance to write a full game about my favourite genre,” commented author Jonathan Hicks, “I've always leaned towards rules-light systems so that the story takes precedence and the atmosphere is allowed to flourish. With Those Dark Places I hope gaming groups can take the simple rules and the evocative setting, run with it, and create their own stories of horrors in the stars... whether real or imagined. With Nathan Anderson's wonderful artwork and Osprey Games' excellent production values, I'm excited to see this come alive!”

Senior Games Developer, Filip Falk Hartelius, added that “Those Dark Places is a game dripping with atmosphere, capturing the frailty of human existence amidst the uncaring vastness of spaces. Whether you are deep in the political intrigues of a dystopian future or facing terrifying cosmic horror, Those Dark Places is constantly gripping, tense, and transporting.”

Space is a hell of a thing but you need to be sure that this is what you want. Like, what you really want. The idea of space exploration to further the frontiers of mankind is noble, but let's not kid ourselves – it’s really all about furthering the profit margins. There’s money to be made and out there is the place to make it, but you hear all kinds of stories… equipment malfunctions, strange discoveries, crewmembers going insane... You'll be out there in the reaches, alone, for months or years, breathing recycled air and drinking recycled water, with nothing but a few feet of metal and shielding between you and certain death.

Are you sure this is what you want?

Those Dark Places is a rules-light, story-focused roleplaying game about the darker side of space exploration and the people who travel the stars in claustrophobic, dangerous conditions. Starships, stations, and outposts aren't havens of safety with clean, brightly lit corridors – they're potential deathtraps, funded by budget-conscious corporate interests and running on stale, recycled air and water. The stars may be the future of humanity, but they are also home to horrors and terror the human mind cannot comprehend.

Born in the historic city of Lichfield and now residing in Northampton, Jonathan Hicks has been at the gaming table since 1983, and has more than a decade of gaming articles, reviews, interviews, and designs across multiple genres under his belt.

Nathan Anderson is a freelance illustrator based in Michigan who has had an interest in sci-fi, horror, and fantasy since he was very young. Influenced by European comics, Japanese fantasy fiction, Medieval history, and retro arcade games, Nathan's clients include Gale Force Nine & Wizards of the Coast, Little Caesars, Laundry TV & the SyFy Channel, and more.

Osprey Games is the dedicated games division of Osprey Publishing (part of Bloomsbury Publishing plc) and publishes a wide range of wargames, roleplaying games, and board games. Launched in 2014, the company has produced an array of critically acclaimed titles, including Frostgrave, Bolt Action, Wildlands, Undaunted: Normandy and The Lost Expedition.