Audacious Missions of World War II uses hundreds of documents and images from The National Archives, including some that have never been seen in print before, to reveal some of World War II's most daring missions. The following extract recounts the diversionary raid: Operation Anklet. 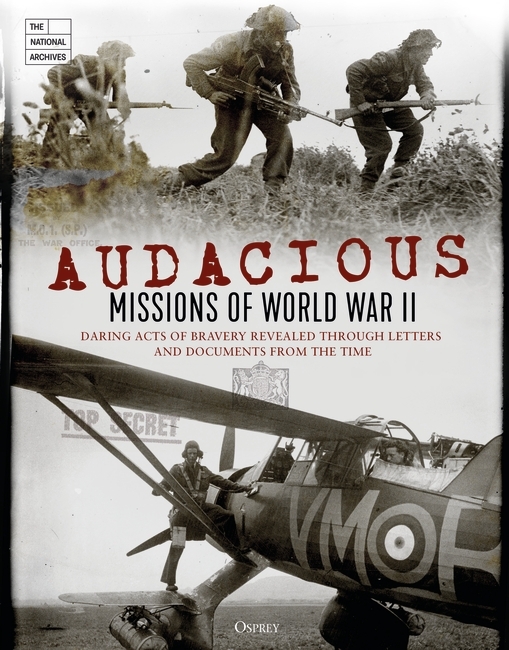 While the raid on South Vaagso was taking place, a diversionary raid was being carried out on the Lofoten Islands (Operation Anklet). Although this raid could be described as relatively minor, the plan was actually ambitious, though rather vaguely formulated (particularly regarding its likely duration).

Everything goes to plan

The intention was to use Skjelfjord as a temporary anchorage and Kirkefjord as a fuelling base for Combined Ops forces operating against the enemy’s lines of communication within northern Norway, ‘as long as conditions render this possible’. The main military force consisted of No. 12 Commando, along with some Norwegian personnel, under CO Lt Col S.S. Harrison, MC. Their main object was to temporarily occupy the towns of Reine and Moskenes.

Force J (the main force) sailed from Scapa Flow on 22 December. In the course of carrying out a sweep up the fjord, the principal naval force captured two Norwegian coastal steamers and sank an armed German trawler. Four landing operations were carried out on 26 December and the Belgian infantry assault ship, Prince Albert, reached Reine at the mouth of Kirkefjord. Here, the landing force of more than 100 men included Special Operations Executive (SOE) personnel under Maj Torrance, who, for a short time, made Reine a centre for distributing comforts to Norwegians, and arresting Germans and collaborators. A successful raid was also made on the wireless stations at Glaapen and Savargen, and several German prisoners were taken.

During the course of these activities, raiding forces found plenty of Christmas treats at Glaapen (large rations of chocolate, cigarettes and coffee), which they promptly distributed to the local inhabitants, who, according to an account on file, ‘cheered continually and shook hands with the troops, asking them to stay or take them home with us’.

It was not all chocolate and good cheer, however, since the naval force had been spotted by an enemy reconnaissance plane. In consequence, on 27 December, a German seaplane dropped a bomb very close to the headquarters ship HMA Arethusa; it seemed that the high mountains did not offer the protection against air attack that had been hoped for. After receiving reports that the Germans were amassing more aircraft for an attack, R Adm Hamilton therefore decided on a withdrawal on 28 December.

Despite its curtailed duration, 29 German prisoners and six quislings were taken, and 266 Norwegian refugees were evacuated. In retaliation, the Germans arrested all Norwegian officers.

The story of the operation doesn’t end there, as an unusual episode occurred on the return journey. The incident involved Capts Jeffreys and Pinckney of No. 12 Commando, who threw films belonging to the official press contingent into the sea, prompting a strong complaint from Lt L.A. Puttnam, Official War Photographer. In defence, Capts Jefferies and Pinckney justified their actions in a report submitted to CO Harrison who, when he interviewed Lt Col Harrison, appeared to show some sympathy with his men’s actions, while simultaneously stating in a message that ‘the incident is regretted’. 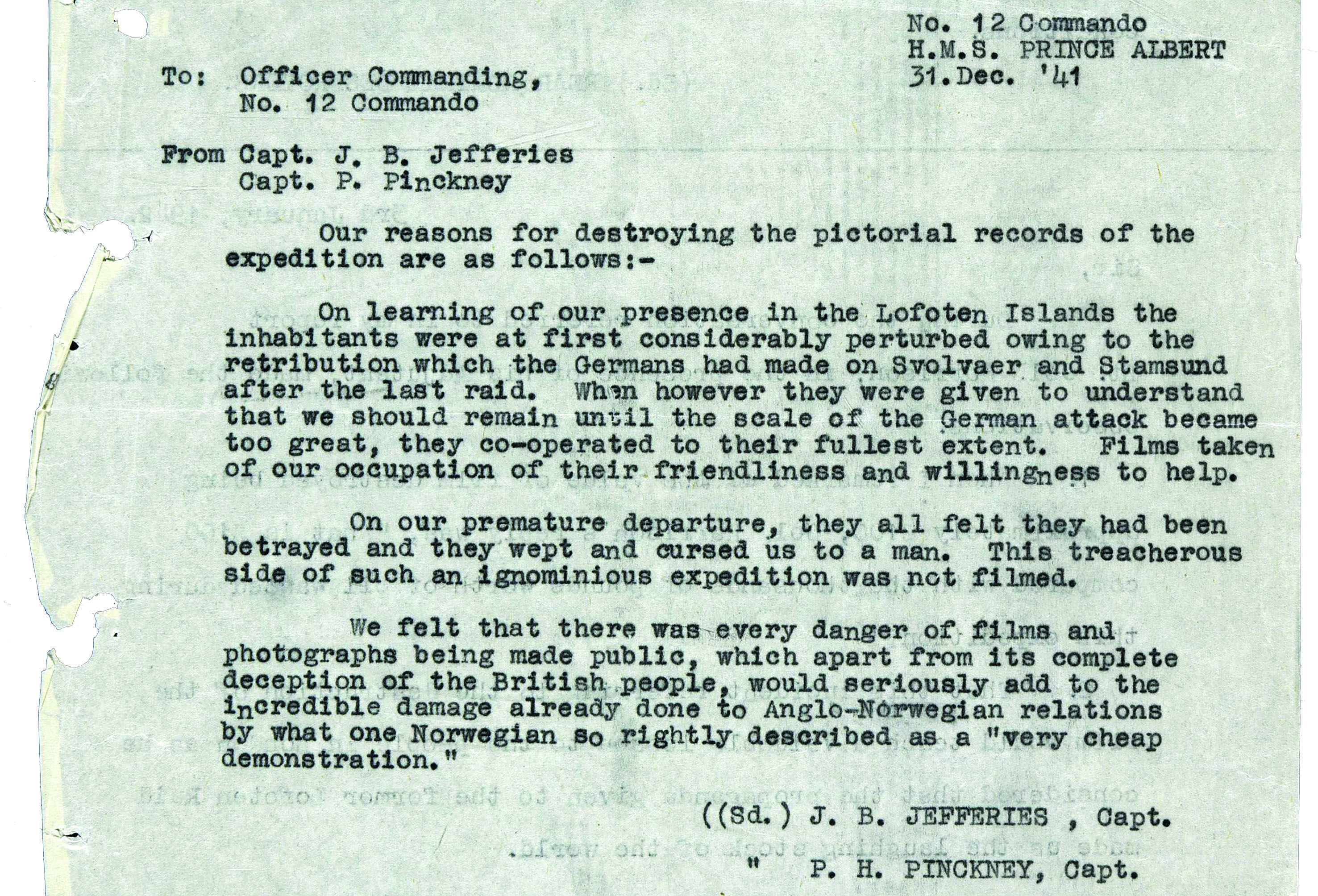 One possible cause of both the captains’ actions and the CO’s sympathy with them was that Churchill was very unhappy at the outcome of the operation, which he called ‘a marked failure’, so perhaps the men wanted to dispose of any reminders of the mission. Churchill had expected a much more rigorous plan in terms of anti‑aircraft provision and a much longer stay on the Lofoten Islands, neither of which came to pass.

Audacious Missions of World War II is out now. Order your copy here to read more.