Oathmark: Battles of The Lost Age is an upcoming mass-battle fantasy wargame publishing in April 2020, written by Joseph A. McCullough. On the blog today, Joseph takes a look at the Strange and Catastrophic Events that may occur during the game.

As a wargame-designer, I’m best known for Frostgrave, a game that thrives on chaos and unpredictability. That game uses randomness to help create a cinematic quality that gives Frostgrave a lot of its unique feel. When I set out to create Oathmark, I knew I would have to approach the system completely differently.

At its core, Oathmark is a tactical game that focuses on the decisions of when and where to move your units. While Oathmark certainly contains random elements, as nearly all wargames do, the degree of that randomness is significantly less than in Frostgrave. While I can’t say for certain what will happen when your heavy cavalry hits the goblin flank, I can say there is a high degree of probability that the goblins are about to be crushed. And, while there are times when a unit of elven warriors will fail to activate, they will be few and far between. The system allows players to plan out a strategy and watch it unfold on the table, this creates a feeling that it is their tactical acumen, and not the dice, that decide the outcome of a battle. Most of the time, anyway. And yet, there are so many factors that can influence the outcome of a battle. So many strange, unexpected, and unpredictable events that can conspire to turn victory into defeat. It’s these events that can really ratchet up the drama of a battle and make your game more memorable. So, I wanted a system that could bring in some of these unlikely events, while keeping them separate from the core system of the game. Thus, I created an optional rule for Strange and Catastrophic Events!

If players decide to use this rule, then every turn when they roll for initiative, there is a chance that their roll could trigger one of these events. No additional die roll is required. Strange events are small things like a unit receiving conflicting orders, a sniper taking a shot at an officer, or a unit walking over a hornets nest. They are not the kind of things that are going to win or lose a battle by themselves, but they are opportunities that might be exploited. Players can expect one or two of these Strange Events to happen in each battle. On the other hand, Catastrophic Events are something else entirely. These will generally only occur once every ten games or so, but when the do…  Catastrophic Events include things like massive earthquakes, plagues of locusts, or a pair of dragons showing up to fight one another in the middle of the battle. These events completely change the face of a battle and can easily lead to victory or defeat. 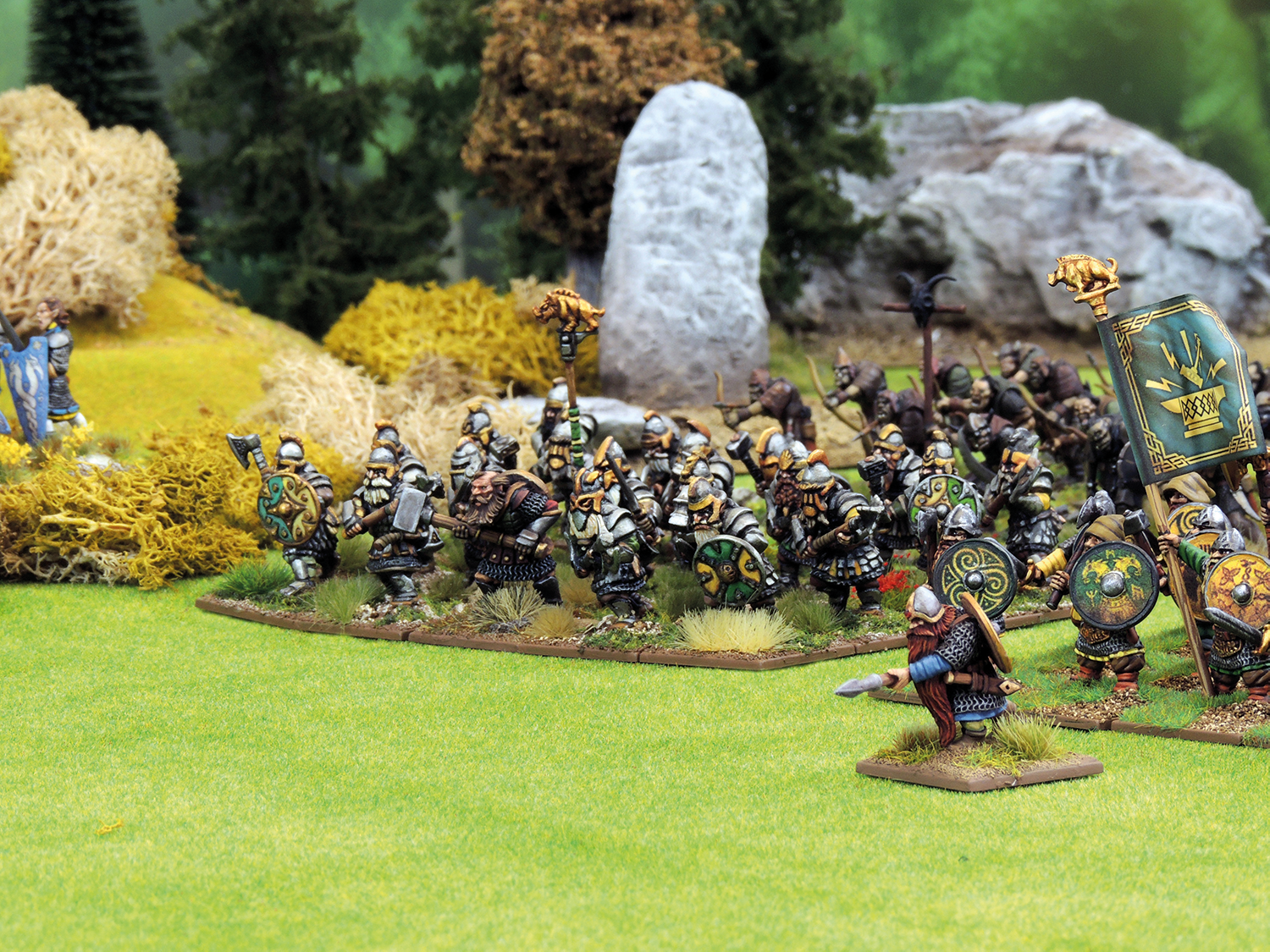 Again, these are optional rules, and can be ignored by those that want a more cerebral, less random game. However, they do add a lot of flavour to the games. Also, the great thing about this system is that it is so easy to customize it. While the book contains tables for Strange and Catastrophic events, players can easily make their own that match their specific campaigns. So maybe you know you’ve got reinforcements close at hand that might show up, or maybe your army has just fought a battle and could run out of arrows. Both of these could be worked into a Strange Events table. In the same way, I’ll be able to produce new tables for specific campaigns in future supplements.

While generals who can formulate and execute a battle plan are well-respected, it is the ones that can win a battle when the truly unexpected happens that have their names remembered in great songs.