Oathmark: Battles of The Lost Age is an upcoming mass-battle fantasy wargame coming in April 2020, written by Joseph A. McCullough. On the blog today, we're taking a look at a sample 2,500 point army made up of Elves, Dwarves, and Goblins. 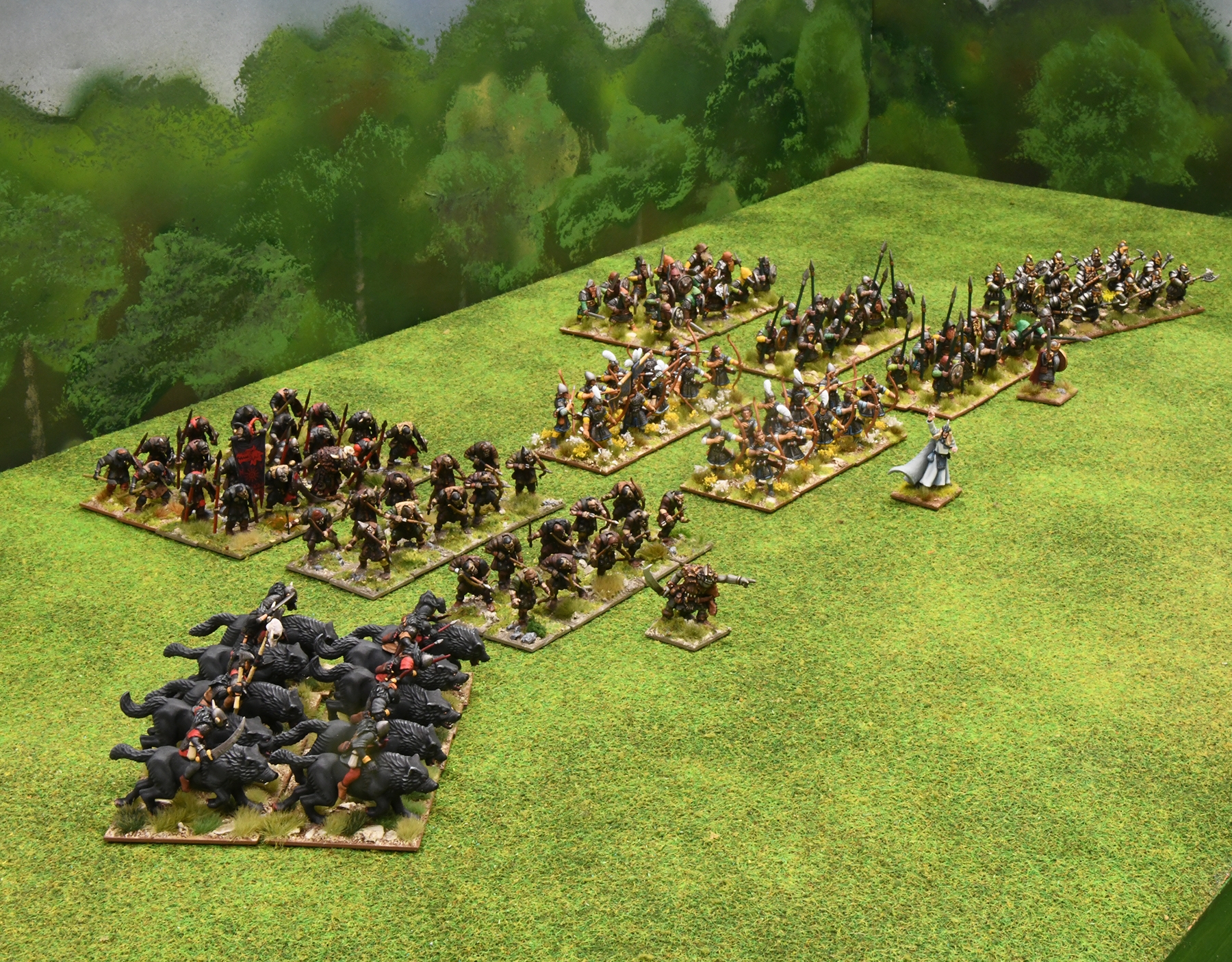 We’ve seen a few people asking on the Oathmark Players Page about how many figures you’re going to need for your Oathmark army, so we thought we’d help you out with this little visual aid. The army photographed above comes in at around 2,500 points (when you factor in magical items for the characters), which is a good size for a standard game of Oathmark.

In the army, Dwarves, Elves, and Goblins are fighting shoulder-to-shoulder, focused on the riches that lie outside the borders of their shared kingdom rather than squabbling for dominance within it.

Led by a Dwarf Prince, the bulk of the force is made up of Dwarves and Goblins, with the Elves offering a small but deadly group of Archers and a mid-level spellcaster. Could this be a sign that the Elves are less committed to the alliance, or are they just confident enough in the quality they bring to the battlefield, rather than the quantity?

You can find a full list of the units selected, along with their points cost, in the image below 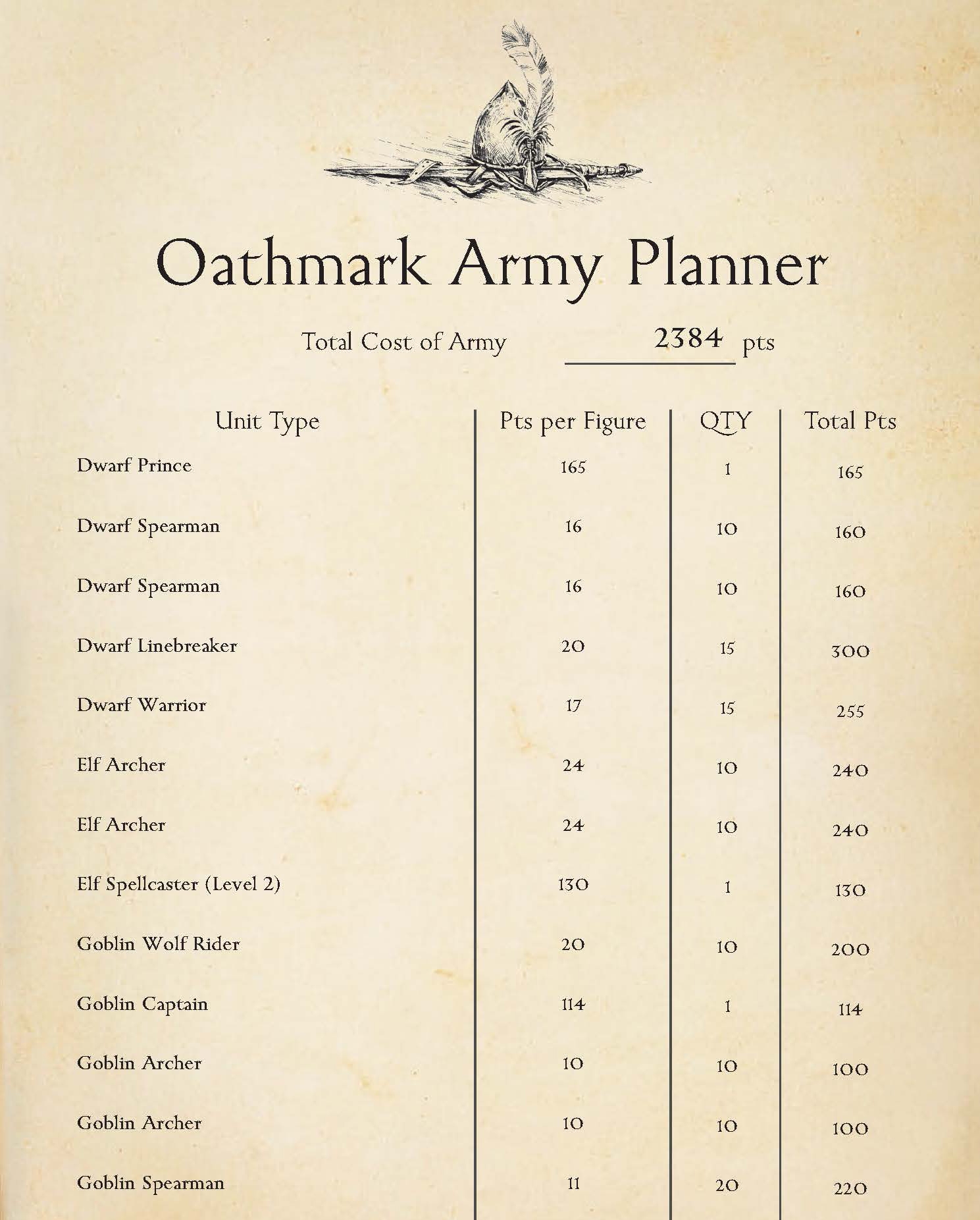 Hopefully this has helped to give you a bit more of an idea of the size of forces in Oathmark: Battles of the Lost Age. Of course, it is possible to play smaller engagements, or clashes between armies considerably larger than the one we’ve shown you today.

Oh, and for those of you who are wondering what the Oathmark Army Planner is, check back in on the blog later this week – we’ve put something together we think you’ll like!