Many new adventurers have started their exploration of the Frozen Ruins of Frostgrave, having picked up a free eBook of Frostgrave: First Edition in our special offer. You may be wondering how you can expand your adventures, and so here is a look at the supplements available for the game, all available at 30% off the print product and 45% off eBooks.

All of the supplements listed below are fully compatible with Frostgrave: Second Edition, publishing in August 2020. 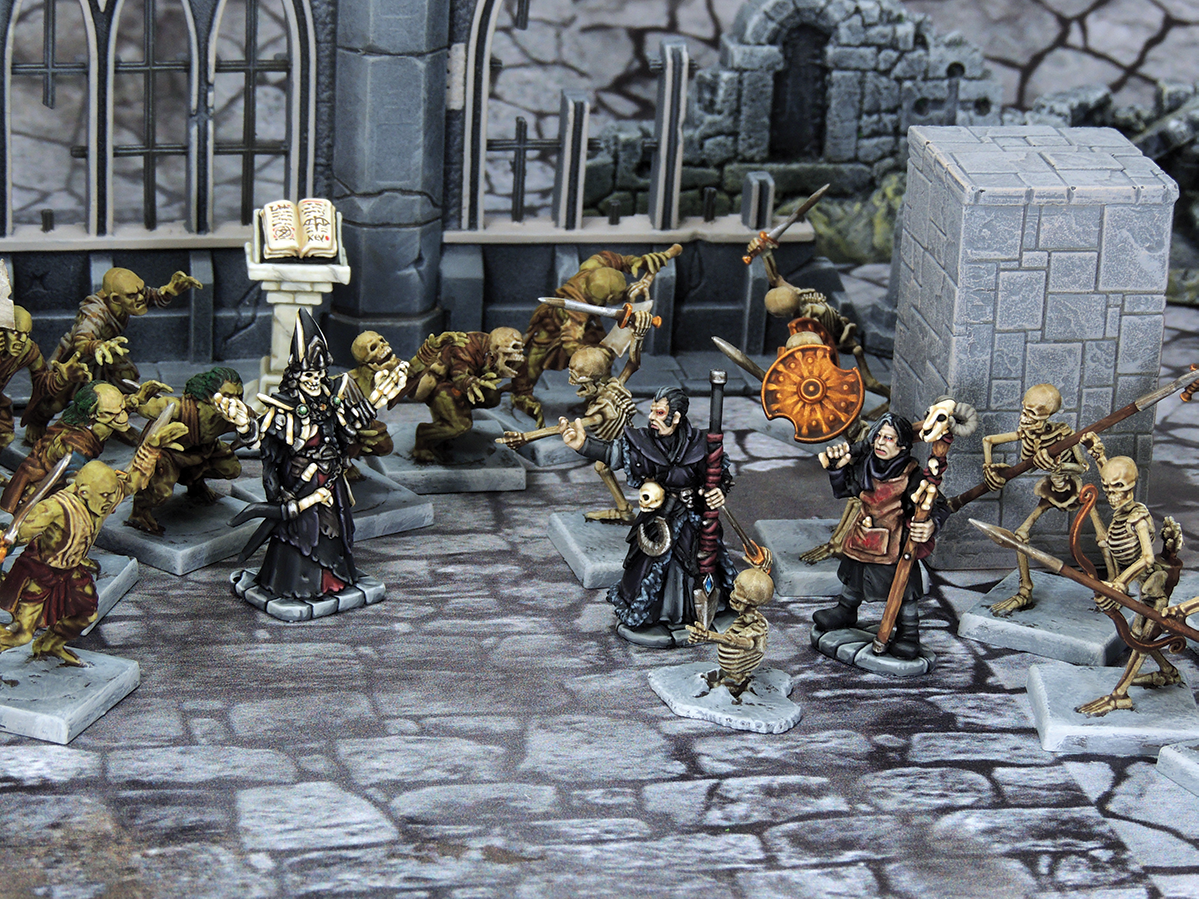 Thaw of the Lich Lord is a complete campaign for Frostgrave that will challenge both new and veteran players. Through a series of linked scenarios, players discover the existence of a new power in the Frozen City, one who was old when the great city was still young, and who saw both its rise and its disastrous fall. Warbands will confront the Lich Lord's minions, race against his agents to seize possession of mysterious artefacts, and brave the perils of Frostgrave in search of his lair.

Eventually, they will need to muster all their courage to venture into the depths of the city and face the Lich Lord himself. Not all wizards will seek to stop the Lich Lord, however, and full rules for giving into his corruption and following the dark road to becoming an undead lich are presented for those who crave power and immortality above all else.

While the campaign presents many new threats against which wizards and their warbands must test themselves, including an expanded bestiary, it also offers additional resources, such as new henchmen that can be recruited and unique magical treasures that can spell the difference between survival and oblivion.

Order your copy of Frostgrave: Thaw of the Lich Lord today 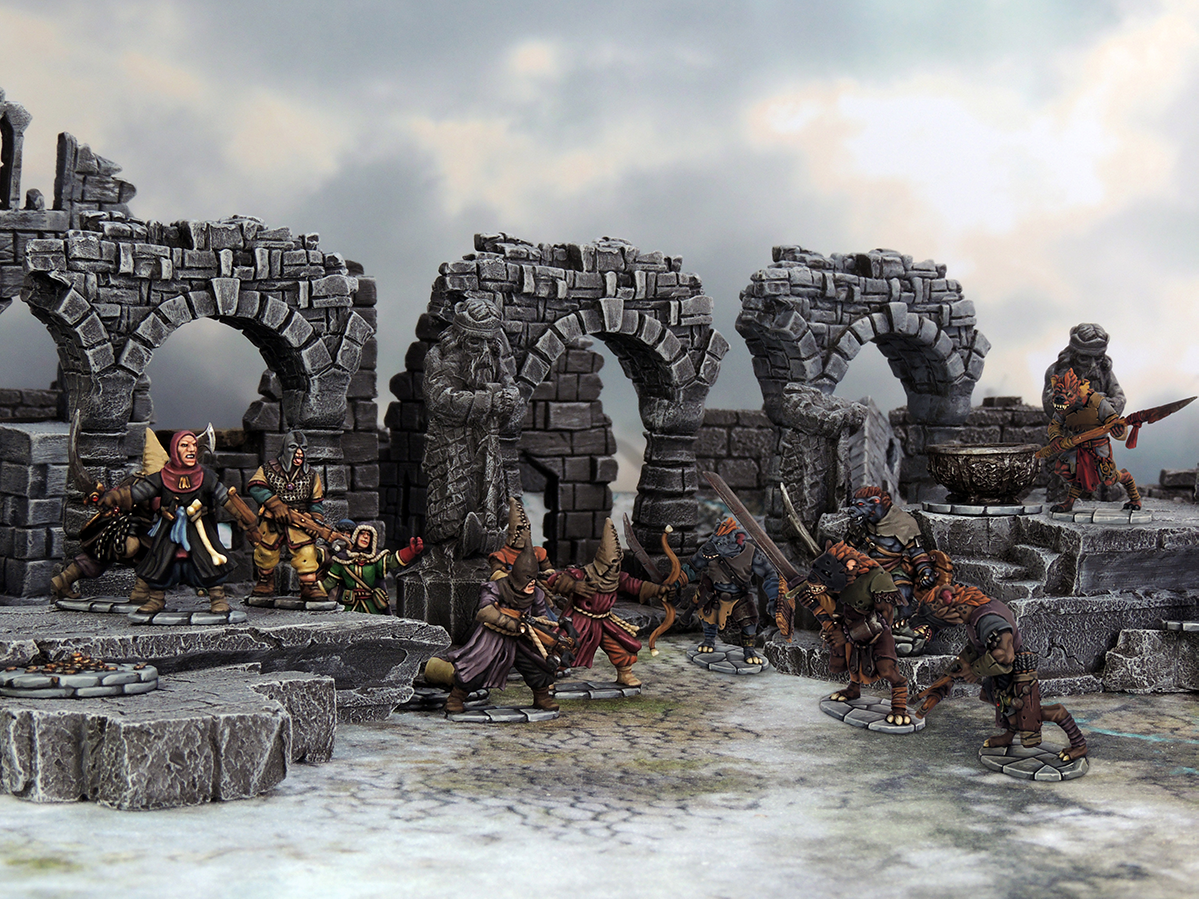 With this supplement for Frostgrave, players can lead their warbands into the vast network of catacombs, sewers, and dungeons that run underneath the Frozen City. It was in these dark confines that the ancient wizards known as Beastcrafters experimented on living creatures, creating strange hybrids and deadly monsters, many of which still roam the forgotten passageways.

Along with a host of new scenarios, treasures, soldiers, and creatures, the book also contains rules for the traps and secret passages that are often found in the dungeons. With wonderful and rare magical treasures to be discovered, will players risk taking their warbands down into the Breeding Pits?

Order your copy of Frostgrave: Into the Breeding Pits today. In this supplement for Frostgrave, players lead their warbands into the northern reaches of the city, exploring the ruined temples of the Frozen City to search for the lost secrets of evocation - the art of summoning demons. While the lure of such knowledge is great, few wizards have ventured into this region as it is overrun by barbaric northern tribesmen who have descended from the hills in their own search for treasure. Marking themselves with demonic sigils, many of these barbarians have aligned with ancient powers discovered amongst the temples.

Along with a host of new scenarios focusing on the exploration of the temples, the book also contains new treasures, spells, soldiers, and creatures that can be found amongst the ruins. 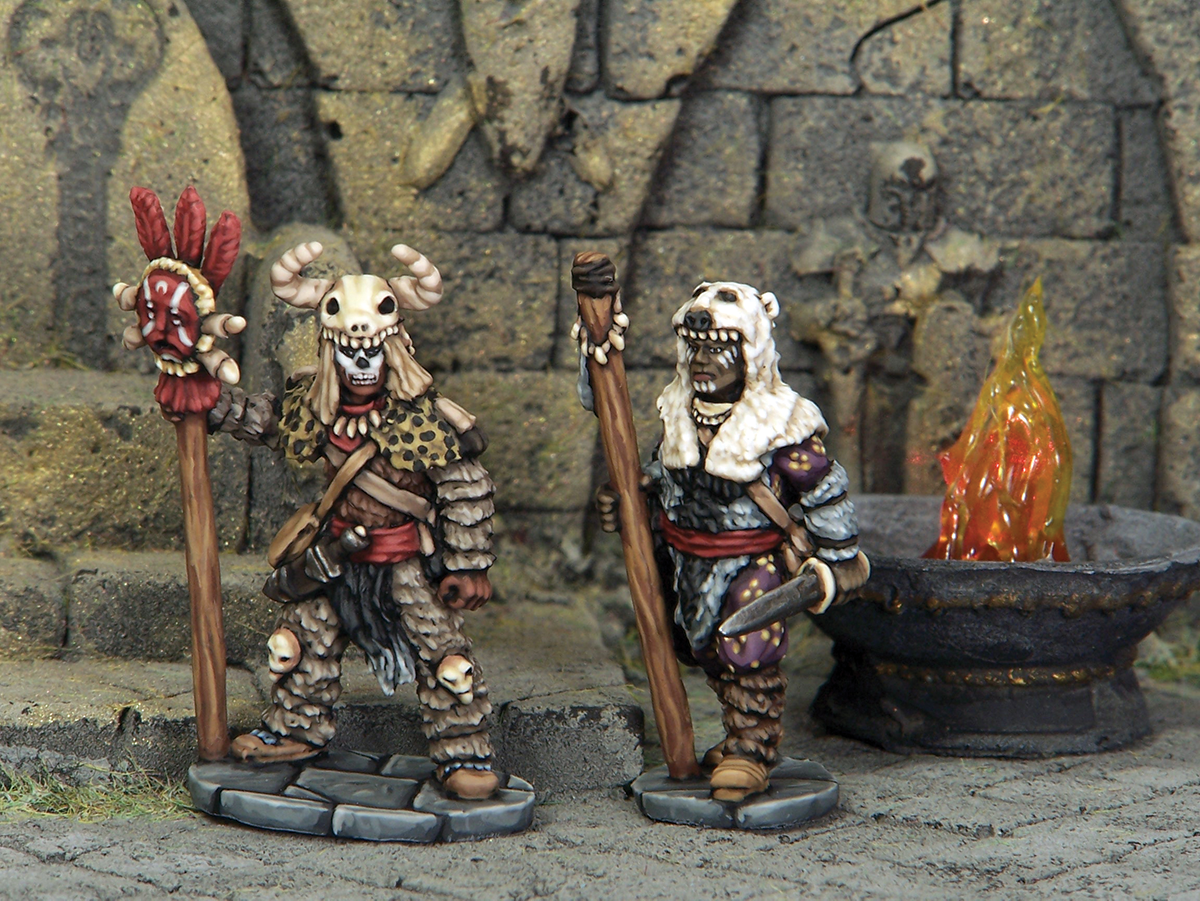 The Frostgrave Folio is the complete collection of all previously released Frostgrave mini-ebook supplements in one printed volume. This includes Hunt for the Golem, a three-scenario campaign in which the warbands hunt down a rogue golem, Sellsword, which introduces rules for experience-gaining captains to help lead warbands, Dark Alchemy, which expands the rules for potions and potion brewing, and Arcane Locations which gives additional options for bases and base upgrades.

The book also includes a completely new mini-supplement, The Ravages of Time. Collecting nearly two years' worth of Frostgrave material, this collection is a necessary addition to any wizard's library.

Order your copy of Frostgrave: The Frostgrave Folio today! 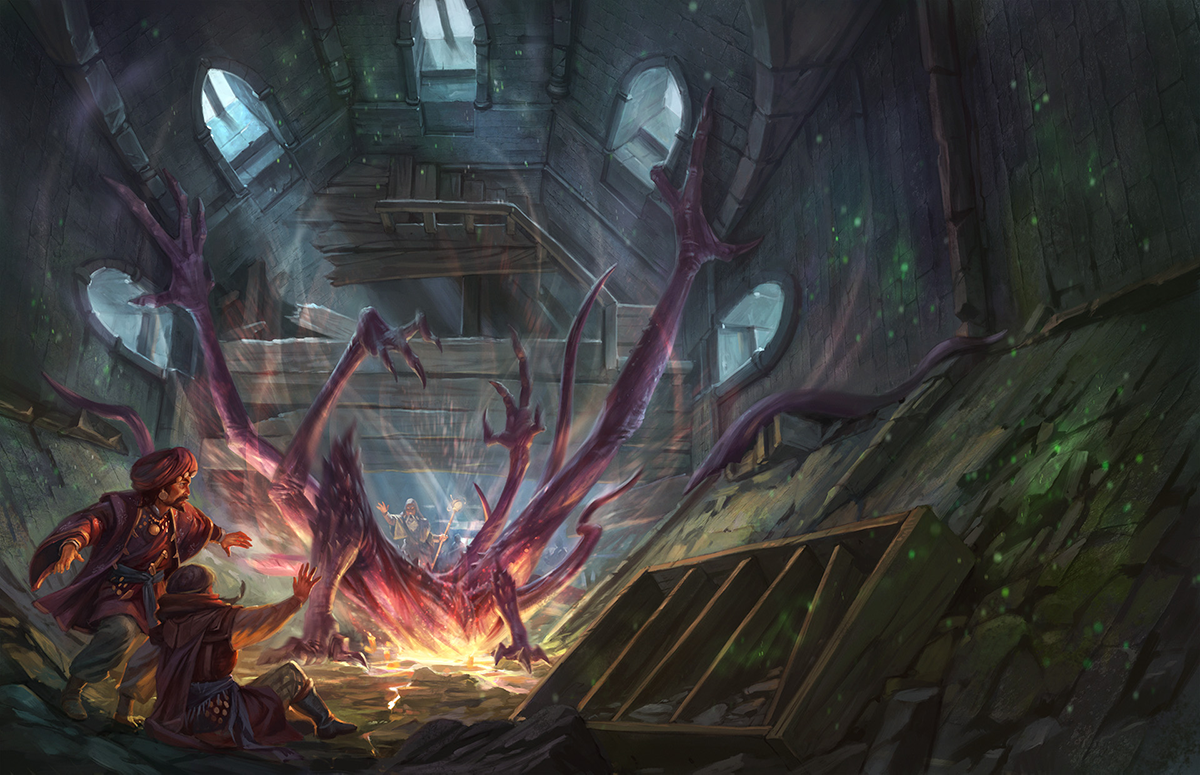 Order your copy of Frostgrave: The Wizards' Conclave today Order your copy of Frostgrave: The Maze of Malcor today. 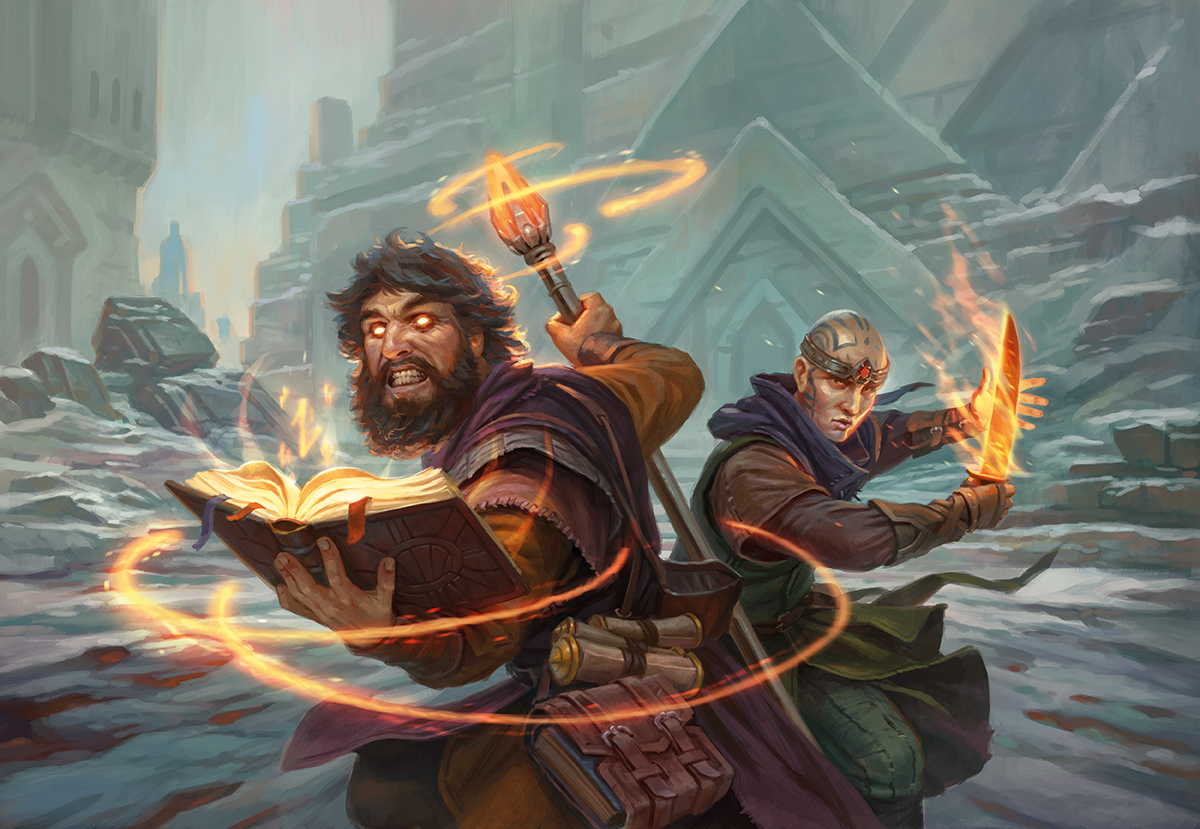 There are many tales of the Frozen City, and not all of them tell of battles between rival wizards. Often, the greatest adventures are those that pit a wizard and his trusty warband against the myriad perils found amidst the ruins of Felstad.

This supplement for Frostgrave presents rules for playing solo and cooperative games in which the focus shifts from the feuds of wizards to exploring the city, unlocking its mysteries… and surviving what is discovered. With guidelines for scaling game difficulty, dungeon crawls, monster generation, and more, as well as ten scenarios demonstrating these options, this volume offers players everything they need to venture alone - or with allies - into Frostgrave.

Why should wizards fight amongst themselves? There is plenty of treasure for all and the Frozen City is enemy enough!

How are your adventures in the Frozen City going? Let us know in the comments below, or by posting on the Frostgrave Facebook Group!