Zona Alfa is the latest addition to the Osprey Wargames series, bringing the feel of S.T.A.L.K.E.R and Metro 2033 to the tabletop. Over the next few weeks, author Patrick Todoroff will be joining us on the blog to tell us more about his game, starting today with an overview of the system. You can read more on his blog.

Zona Alfa is a skirmish-level war game that uses D10s and was made with 28mm miniatures in mind, but 15mm or 20mm will work just as well. A fairly simple system, it’s played in a 3’ x 3’ or 4’ x4’ area with a set turn limit, so games typically run one to two hours.

Players start by forming crews of 4 -12 miniatures, each with special gear, weapons, and abilities, who will work together to salvage valuable items and artifacts in the dangerous and eerie quarantined area known as the ‘Exclusion Zone’. Game play rests on three pillars: Streamlined Game Stats, Alternating Activation, and Troop Quality Levels. 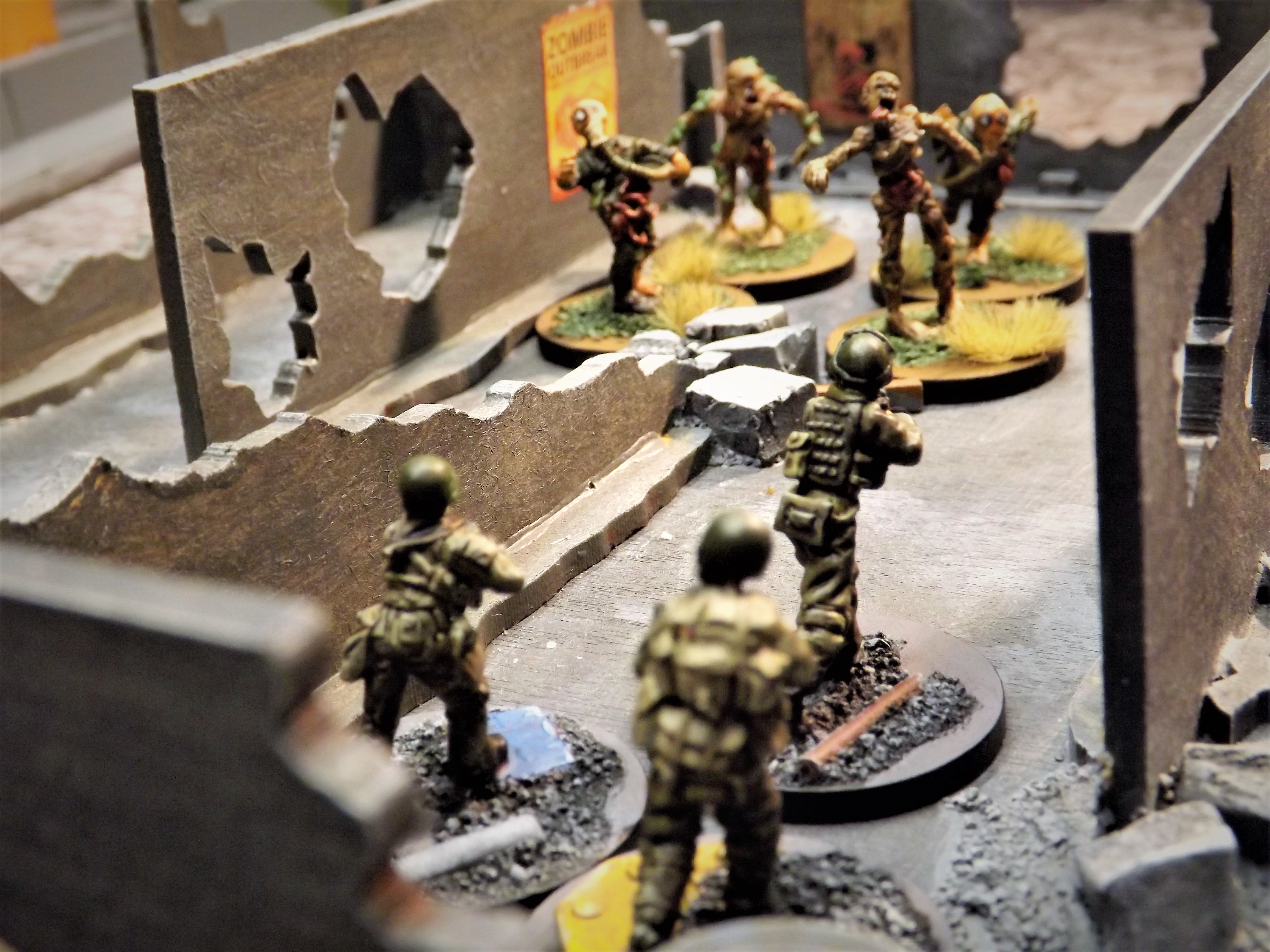 Streamlined Game Stats: There are two types of Game Stats: Model and Weapon. Individual models have four basic stats: Combat Ability, which covers both Ranged and Melee. Armor Rating to deflect or reduce the effects of combat. This is linked to the particular type of body armor the character is equipped with. Movement which is the distance in inches the model can move for one Action. And Will, their mental acumen and resolve under fire. It’s used when testing for Morale and performing specific, in game, mission or plot-oriented tasks.

The Weapon Stats refer to the general class of weapon the character is armed with. Each weapon has three values: Fire power, Effective Range, and Damage. Firepower is the number if dice rolled for each attack. Effective Range is a table top abstraction to represent frantic, stressful combat conditions. Damage is simply a weapon’s stopping power or penetration.

Because Zona Alfa is miniatures-agnostic, these are intentionally broad and abstracted so players can generate values for the wide range of models in their collection, then select categories of body armor and personal weapons.

Why Alternating Activation? Simply because I’m not a fan of IGO-UGO turn sequences. My goal is to keep all players on both sides involved as much as possible, acting and reacting to events as they unfold in the course of a game turn. IGO-UGO doesn’t do that for me.

Troop Quality is the final support. To reflect varying expertise and experience, there are three kinds of soldier in the Zone: Rookie, Hardened, or Veteran. Each has corresponding ability to act in battle. 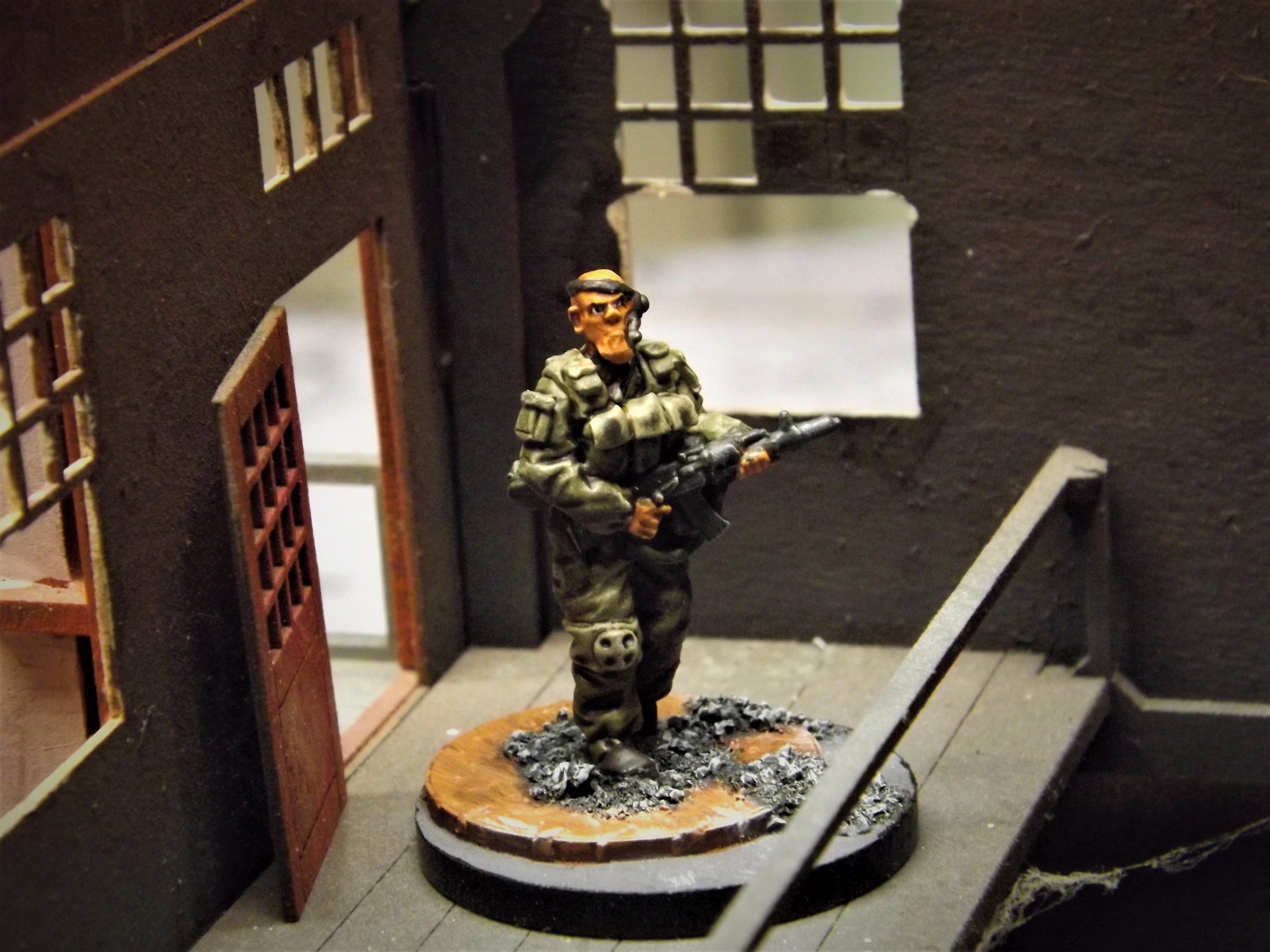 Those three elements form the core of Zona Alfa game play and should allow anyone to form a crew and start exploring the Zone.

I expanded those very basic ideas with a simple campaign and progression system so a player’s individual models can be rewarded, promoted, and improved over the course of several games. After all, the Zone is an excellent teacher – if you live long enough to learn her lessons.

I wasn’t looking to reinvent the wheel here. I wanted to offer a set of simple, reliable tools. Life is busy. Hobby time can be hard to come by. My hope is that gamers and fans of the setting get plenty of mileage out of Zona Alfa, that they’ll make their crews, run their own missions into the Exclusion Zone, and retire with riches and fame as Zone Legends. Or at least tons of great stories.

Want to give the game a go? Preorder your copy today!