We're delighted to announce that Osprey Publishing has partnered with Geek Nation Tours to bring you a series of incredible experiences, starting with a tour of Feudal Japan and the Battlefields of Sekigahara. In today's blog post, Stephen Turnbull, Osprey author and guest host of Geek Nation's Feudal Japan Tour, gives a brief overview of the old roads of Japan. 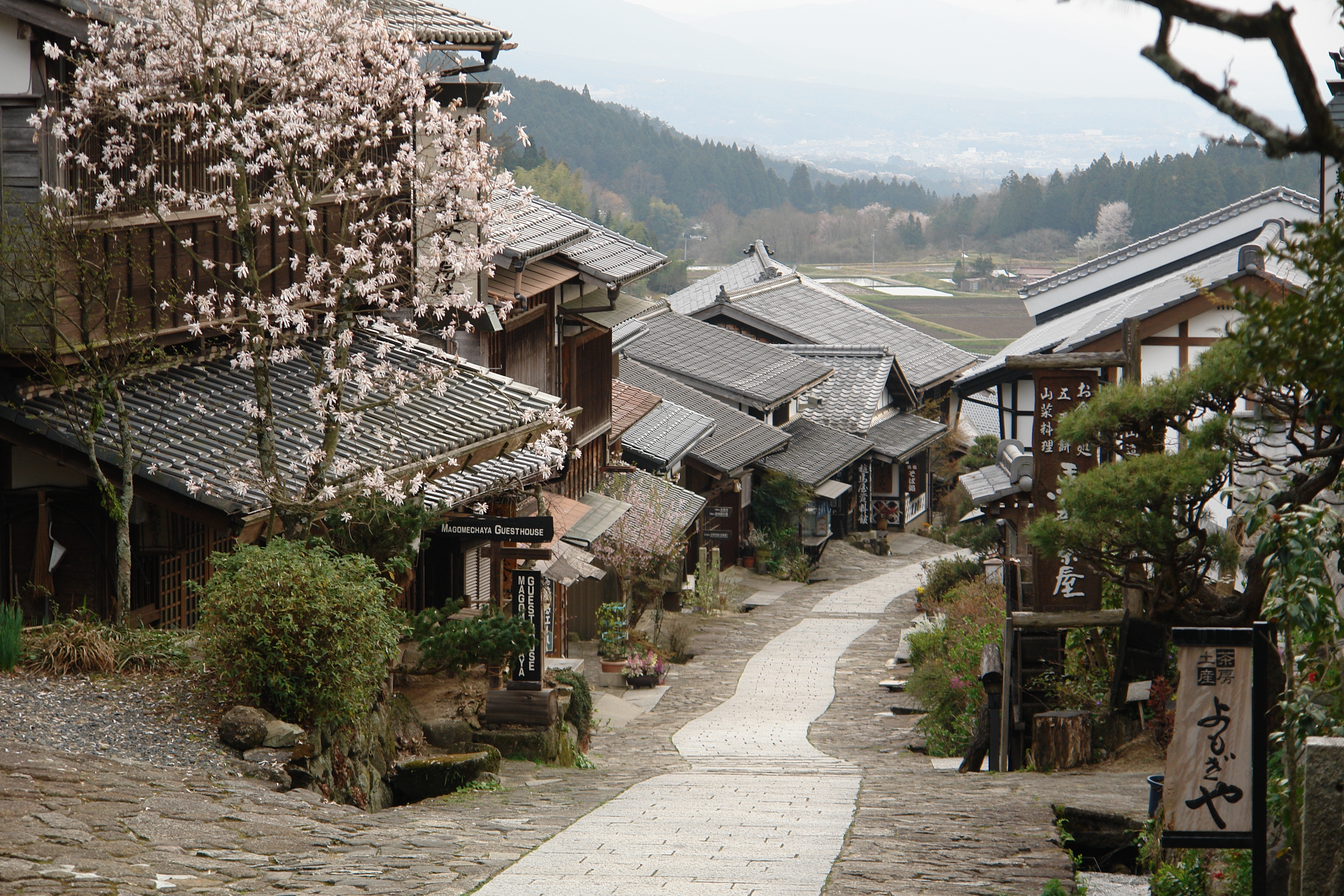 In the days of the samurai, two ancient roads linked Japan’s great cities of Kyoto (the home of the sacred emperor) and Edo (the seat of the shogun and the place we now call Tokyo). One road followed the sea coast; the other wound its way through the forested hills of central Japan and was simply called the Nakasendo – the road within the mountains. Both bore regularly the tramp of marching feet as armies of samurai, dressed in their finest, accompanied their lords on their way to pay his annual respects to the shogun. Should two marching columns meet the social inferior was required to dismount and his men pull respectfully back to one side to allow the nobler lord to pass by.

Nowadays the tramping feet heard on the Nakasendo are those of hikers, not samurai, although the dull thudding of their steps provides only a background to the tinkling of bells carried – one is assured – to keep away the bears that lurk among the trees.  Every now and then along the way is a juku (post town), once the haunt of the peddlers, pilgrims, priests and people who also trod these ways. Today they provide rest and refreshment, as they have always done, and two in particular, Magome and Tsumago, mark the beginning and the end of what is always an unforgettable day on foot through old Japan. From Magome the trail begins, and it is easy to imagine having ghostly samurai companions bearing boiled paper umbrellas or straw raincoats. There are rice fields, fruit trees and bamboo groves along the way amid views of distant densely wooded mountains, and to most hikers these are the highlights simply because they never spot the fine details along the way.  Yet this is perhaps not surprising, because these charms are small in size and obscure.

First we spot a relief carving of a couple holding hands. It isn’t a grave – quite the reverse – their bond of male and female signifies the fertility of the land and guarantee the crops from the bordering field. Nor is this male/female linkage confined to little stone dosojin statues, because along the way are a male and female waterfall that provide similar assurances. 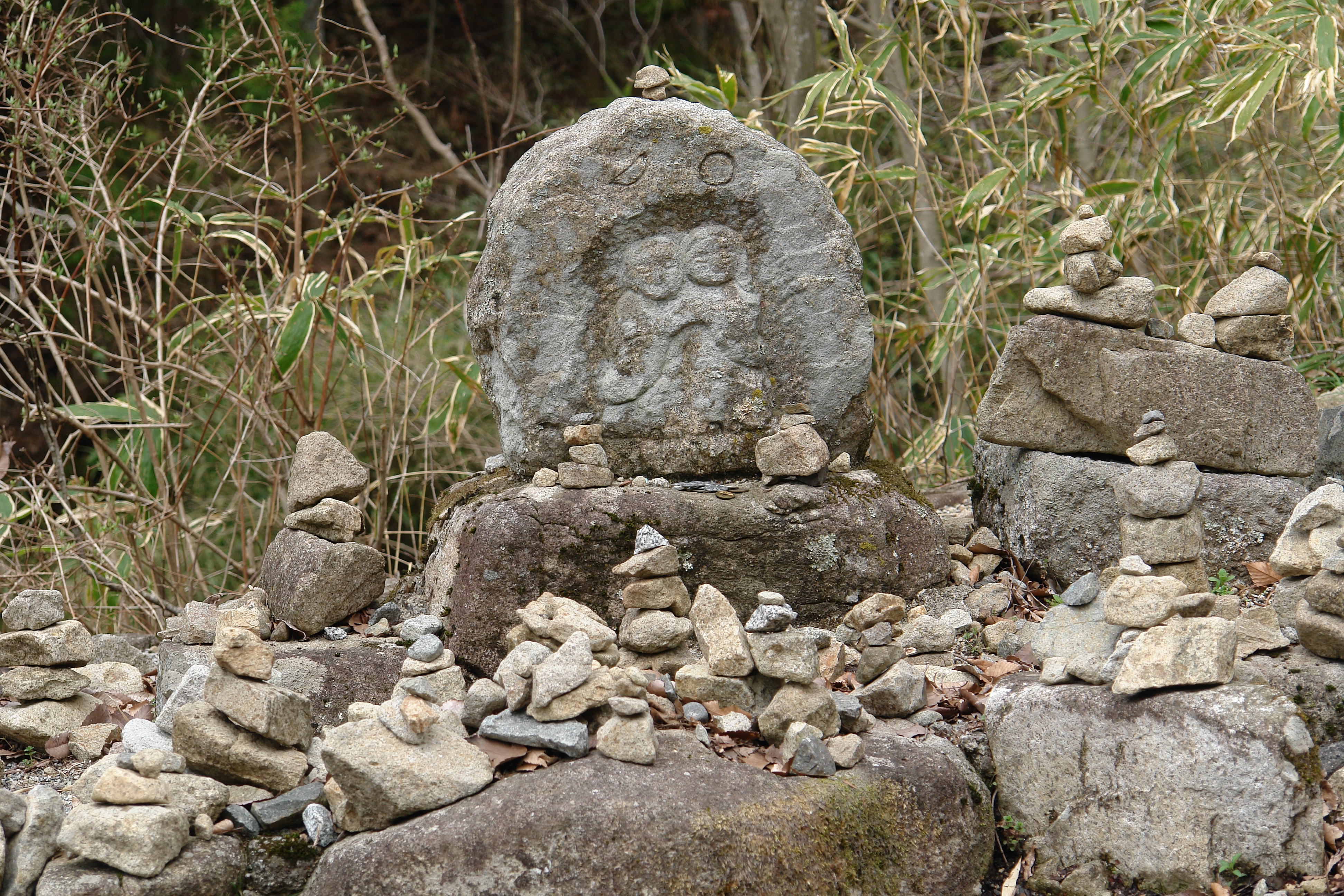 Very different are the tiny statues of Jizo, sometimes almost invisible amid the piles of stones that have been built around them. There is a sinister background to these innocent looking cairns, because in addition to being the god who protects travellers, Jizo protects children, especially those who have died unborn and been condemned to an eternal purgatory where they are forced to build towers of stone. Every night demons destroy the towers, forcing the victims to rebuild again, so every stone placed beside one of these wayside statues by a pilgrim is one less stone for the unfortunate innocents to stack.  Strange, too, are the single rocks bearing the Chinese character ko shin. These have a protective function, because the expression refers to the Day of the Monkey, number 57 on the Chinese calendar, when evil can strike during the night.

Evil of a more human kind lurks in memory along the Nakasendo. One sign marks the site of a bloody vendetta; another indicates the hidden location of a duel involving the famous swordsman Minamoto Musashi, while among the trees whisper the echoes of the armed columns that once trod this road in times of war. 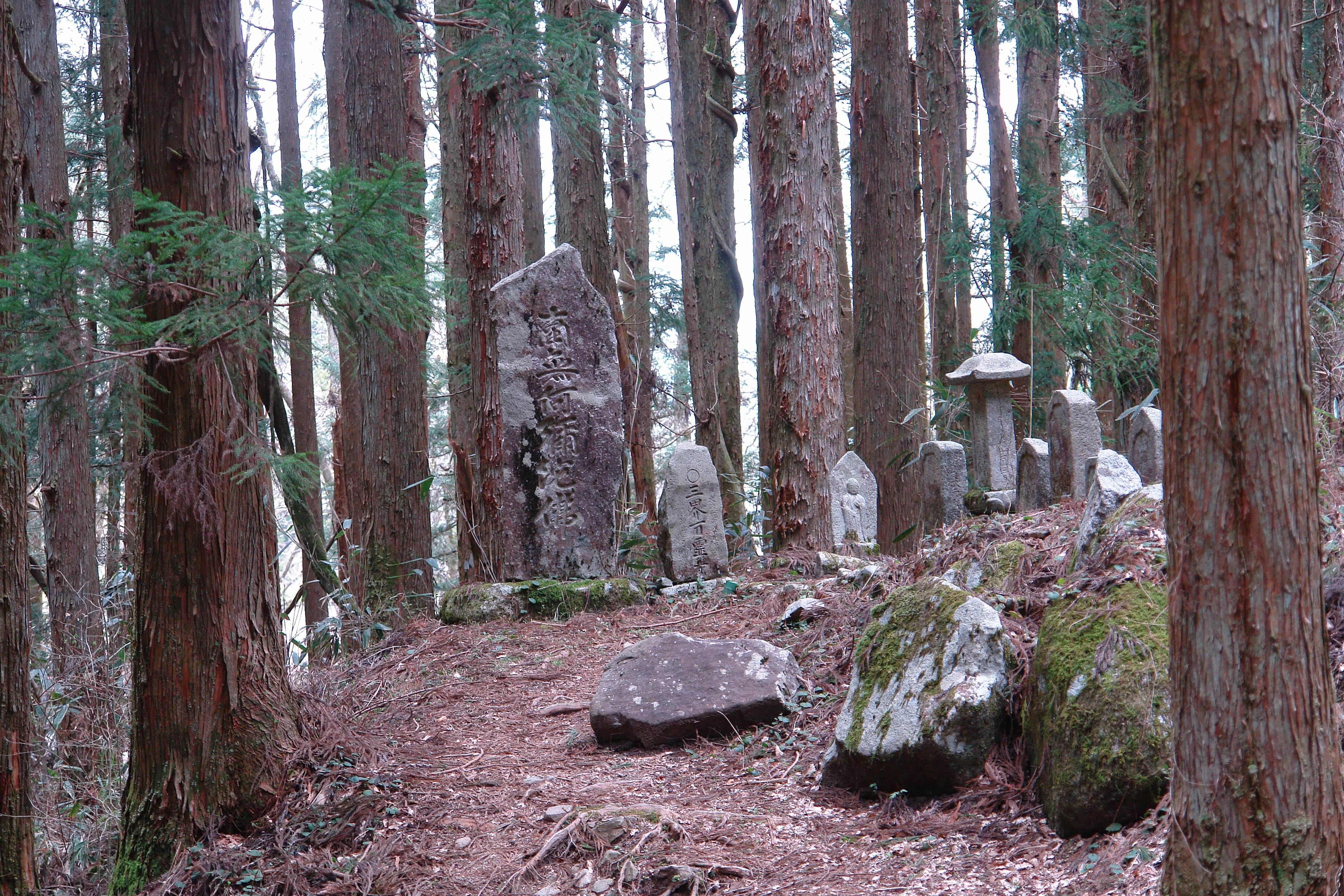 In the year 1600 the army of Tokugawa Hidetada, son of the future shogun Tokugawa Ieyasu, rushed along the Nakasendo to take part in what was to be known as the battle of Sekigahara. Hidetada arrived too late, but by then his father, with the help of a little treachery, had already overcome his enemy and changed the course of Japanese history. Japan’s new ruler installed himself in his own castle of Edo. He would receive imperial messengers there from now on – not in the old capital of Kyoto, so the centuries of peaceful and submissive footsteps along the Nakasendo began; paying homage, visiting shrines, painting pictures and – just like today – being part of one’s own solitary pilgrimage.

We will be walking from Magone to Tsumago as part of the Geek Nation tour – why not join us? Click here to go to our website to find out more.