On today's blog post, Alexander Hill, author of Soviet Partisan vs German Security Soldier looks at the sources used in the book. 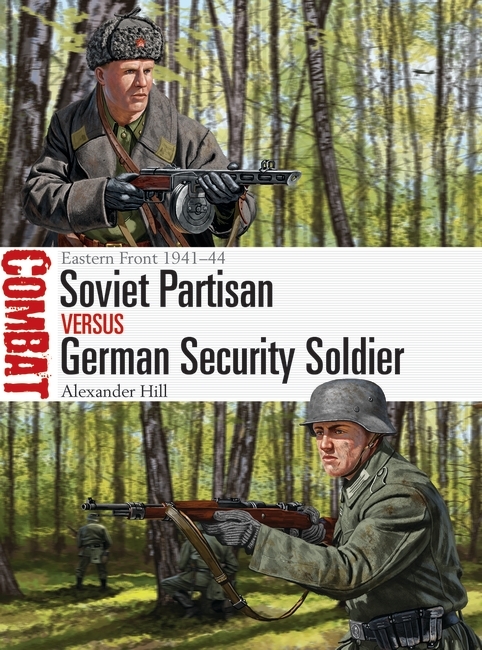 Matching detailed tactical-level sources for engagements between partisans and German security forces during the Great Patriotic or Soviet-German War of 1941-1945 is challenging to say the least. Having written my PhD thesis back in the early 1990s on the Soviet partisan war against German occupation in north-west Russia from 1941-1944, I was confident that it could be done. However, the sort of combatant view from both sides of the fighting that makes the Combat series so captivating to many readers is something very different from the often slightly more detached analysis required in a PhD thesis! Just getting at the tactical level in the sources from both sides of the lens has its challenges, and then matching German and Soviet accounts is the next problem. Many operations seen as important by the partisans – from the ambush of German patrols to assassination of collaborators during attacks on German-sponsored local government institutions - barely register in German archival materials. Certainly few German participants in the anti-partisan war saw fit to leave behind memoirs that might otherwise have featured such smaller engagements. That few Germans left memoirs of the partisan war is probably in part because of the fact that the anti-partisan war featured much criminal activity – particularly against civilians – and few set-piece battles that lend themselves to such treatment. Even the histories of the German security divisions – such as 281st Security Division featured in this book – tend to almost ignore the anti-partisan war that was arguably their key focus, and pay most of their attention to those instances where elements of the division were sent to fight at the frontline. There are published Soviet-era partisan memoirs in abundance, along with even published Soviet archival documents, but they tend to focus on partisan successes and downplay or even ignore failures. Such materials that focus on Soviet successes then tend to exaggerate them, be that because such was the party line at the time for writing the history of the partisan movement, or in the case of the archival documents produced earlier to appease distant leaders back behind Soviet lines who had little way to verify partisan claims. 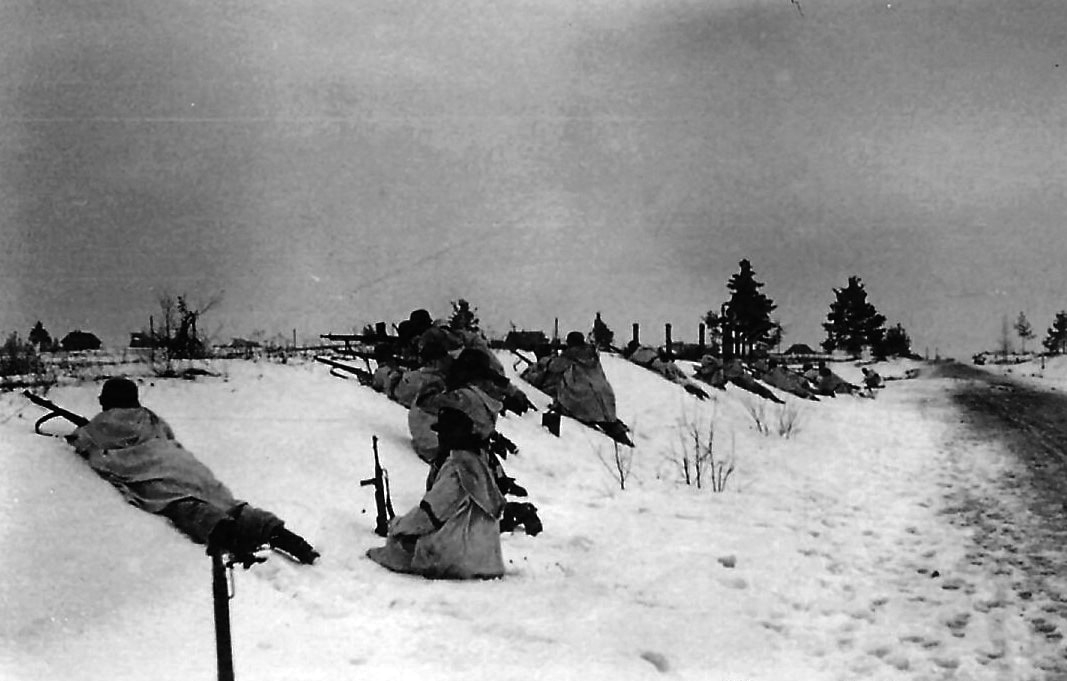 Troops of Polizei-Regiment 9 deployed during an antipartisan operation in 1943.
Image courtesy of Otto Bartsch.

When it came to matching partisan and German accounts of an engagement a key problem was that much of the time neither the partisans nor German forces were fully aware of exactly which enemy units they were engaging – a particular issue when partisans frequently sought to avoid protracted pitched battles and melted back into the forest. Fortunately for me, the surviving documents for the losers in the war as a whole are readily available, in this case the microfilmed records for the activities of 281 Security Division and associated units and formations. It was also fortunate that the Soviet partisans were technically operating under the auspices of the Communist Party of the Soviet Union rather than the Red Army, and after the collapse of the Soviet Union Party documents were made far more accessible than those for the Red Army. Materials for the partisans submitted to the Central Headquarters of the Partisan Movement that I collected from Russian archives back in the early 1990s, along with the microfilm rolls purchased back then from the US National Archives, have proven to be the bedrock of this book. With these materials, it became much easier to assess what was and was not likely to be accurate amongst the Soviet memoirs – and the few German or allied memoirs that were available like that written by Latvian Oskars Perro. The painstaking process of cross-referencing German and Soviet materials has I hoped paid off in leading to a book that is different from much that you will read on the partisan and anti-partisan war on German-occupied territory of what was then the Soviet Union. I hope you appreciate the result.

To find out more, pre-order your copy of Soviet Partisan vs German Security Soldier , which publishes on the 31st of October 2019.