In today’s blog post, we're looking at some of the artwork from our October 2019 titles. Let us know what you think in the comments section. If there are any November publications you'd like to see the artwork from, be sure to mention it too! 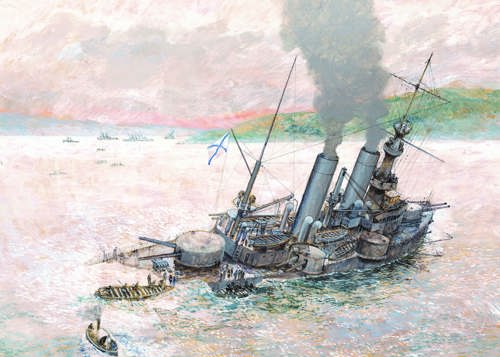 This image shows Sevastopol as it begins its final journey to the ocean’s bottom 180 feet below. Captain Essen opened the seacocks on one side of the ship on 2 January 1905, to prevent its salvage by the Japanese during the Russo-Japanese War. 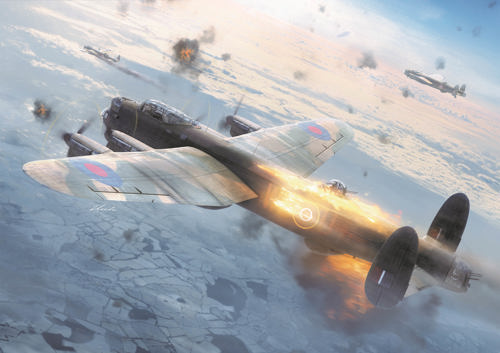 The next piece of artwork examines the events on 1 January 1945 when Bomber Command sent 102 Lancasters and two Mosquitoes on a daylight raid to the Dortmund–Ems Canal near Ladbergen. Two Lancasters were lost to flak, one of which was PD377/WS‑U of No. 9 Sqn. Moments after its bomb load had been released, the aircraft, flown by Flg Off R. F. H. Denton, was hit by flak and set on fire. 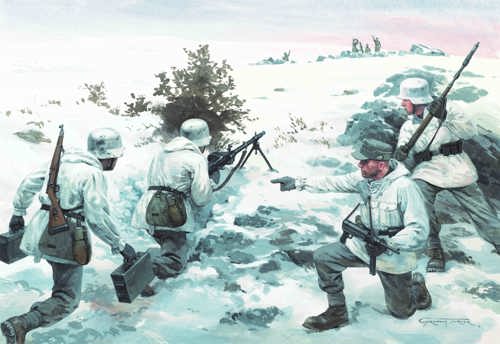 This final illustration, requested by KAL9000, shows German commander, Hauptmann Walitschek with his 13.Kompanie of Gebirgsjäger-Regiment 136 on the Lanhöhe as they prepare to ambush a Soviet team on the morning of 10 October 1944.