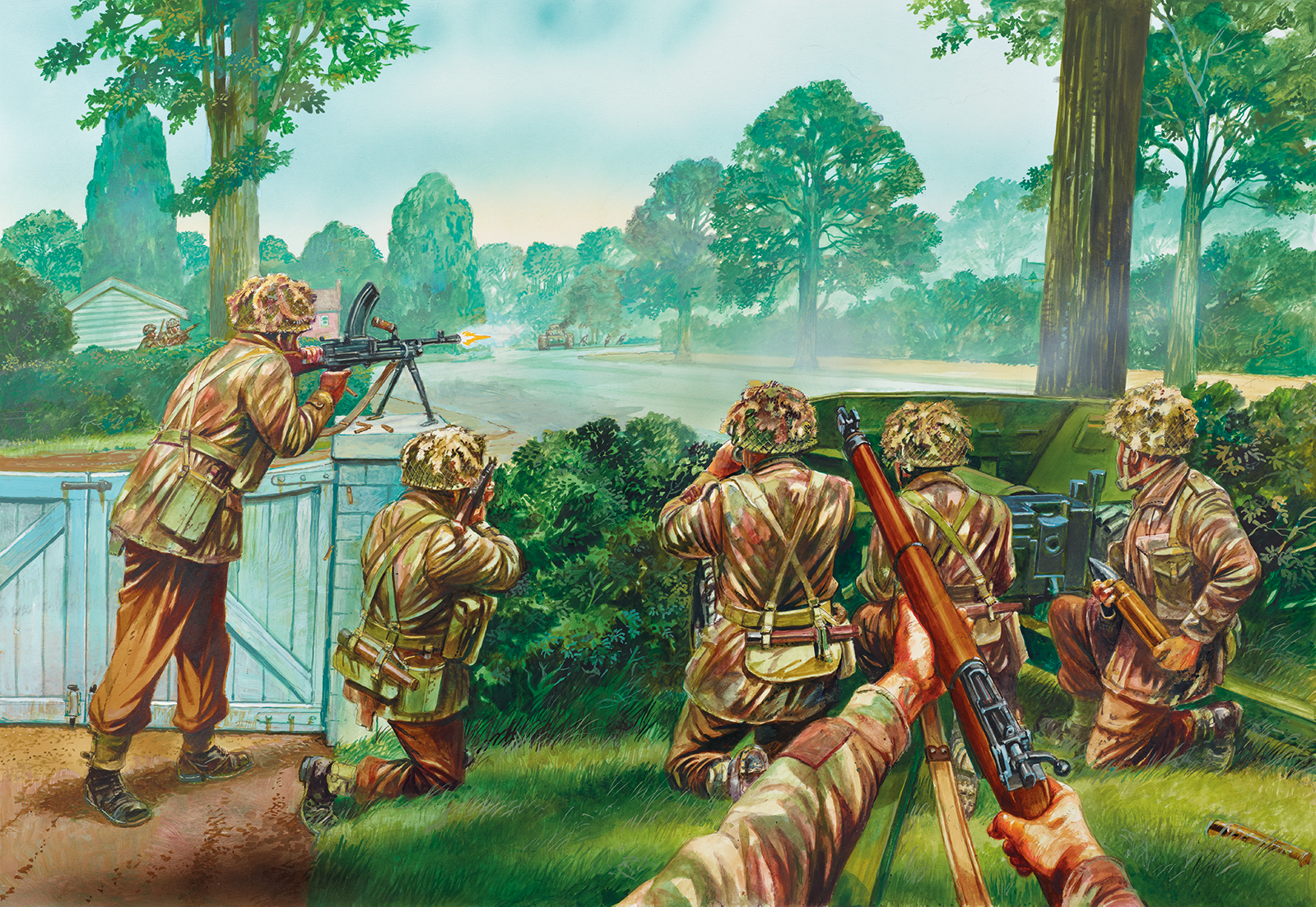 Our first piece of artwork comes from Combat 42: British Airborne Soldier versus Waffen SS Soldier, and was requested by KAL9000. It shows the fight for the Koude Herberg road junction, 20 September 1944, where two platoons from C Coy, 1 Border engaged advancing German forces, knocking out two PzKpfw B2(f) tanks and breaking up the German infantry attack. 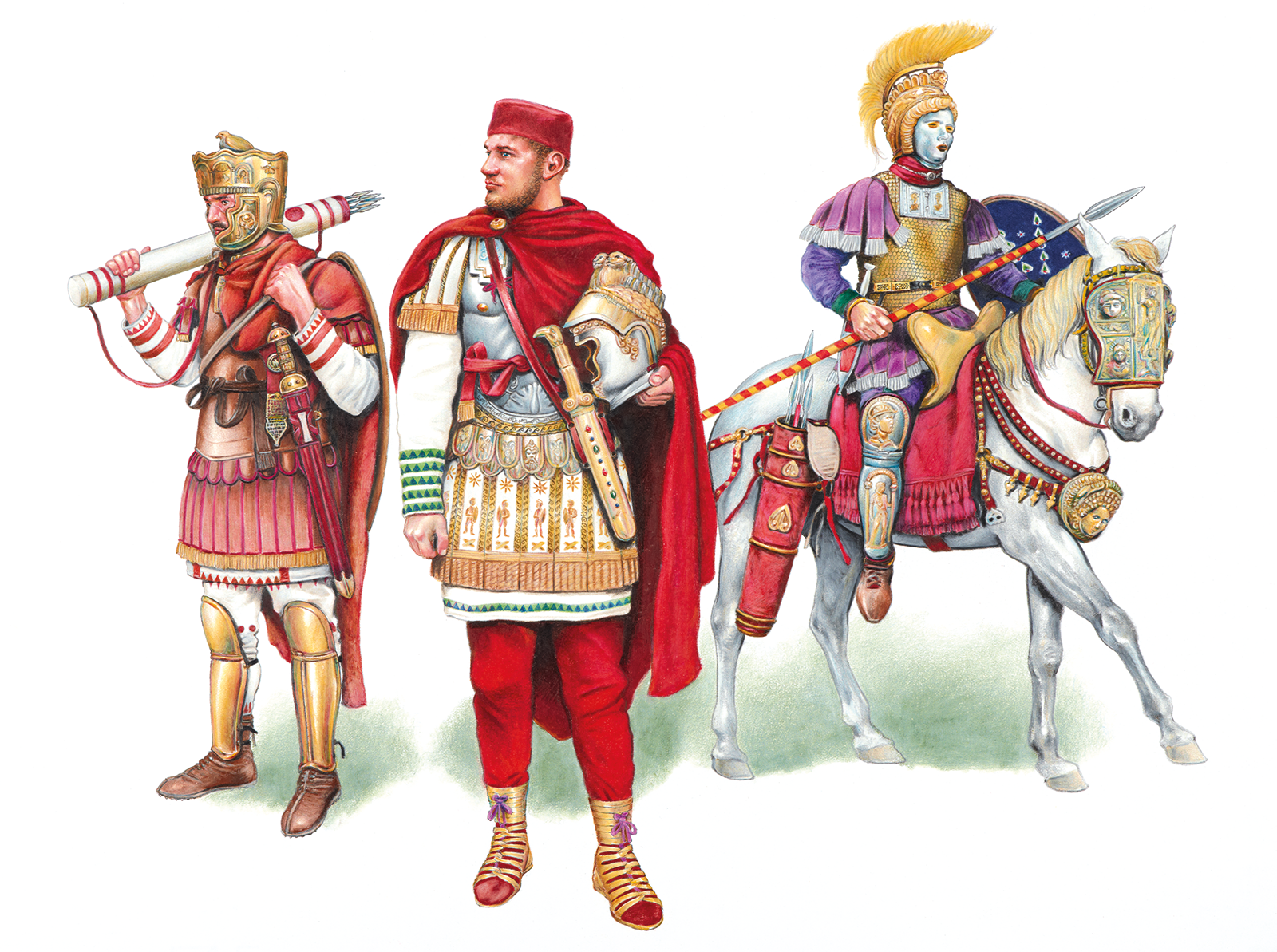 The second piece of artwork comes from Men-at-Arms 527: Roman Army Units in the Western Provinces, depicting three figures as detailed below: 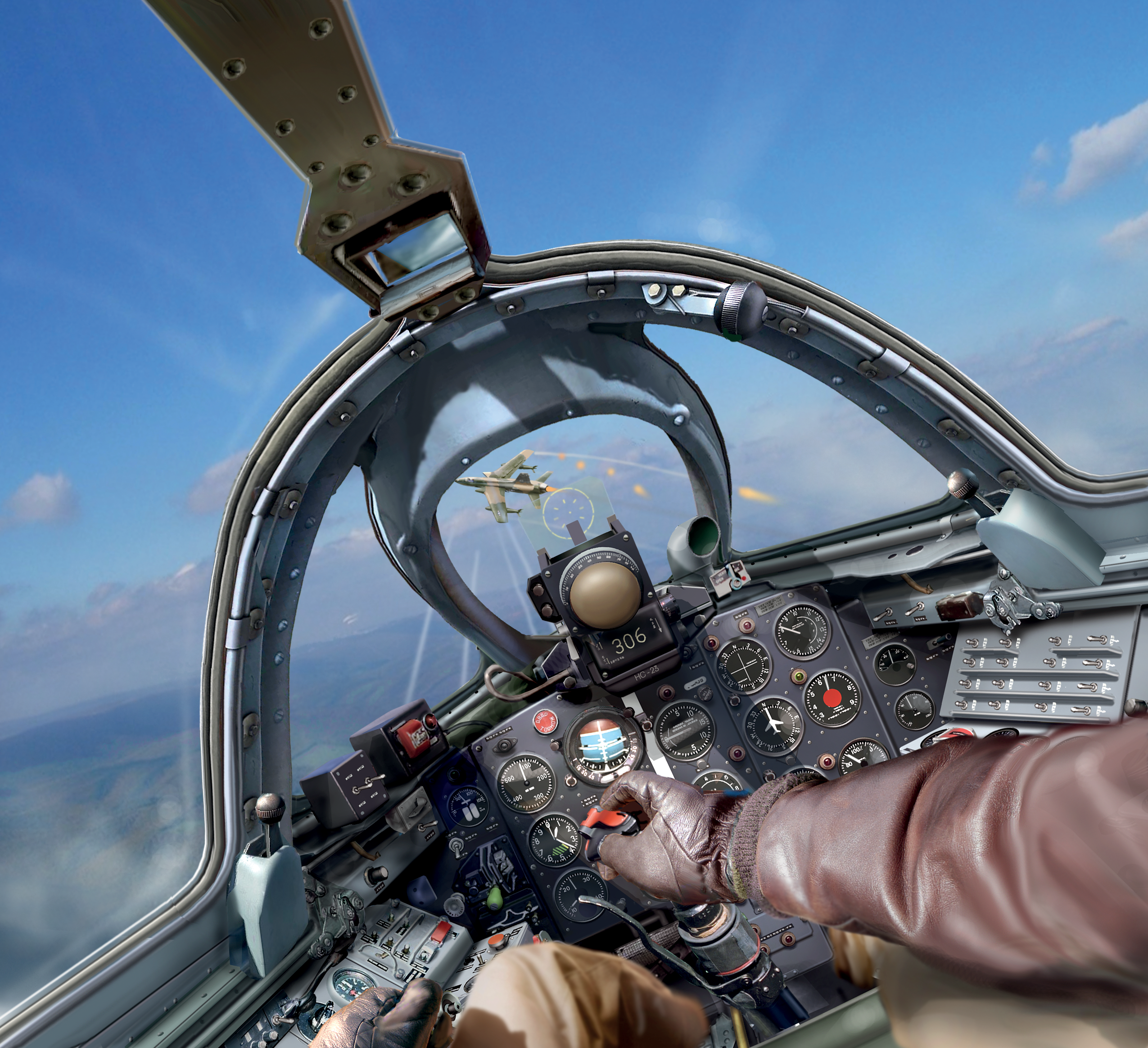 Our final piece of artwork from this month's reveal comes from Duel 95: USAF F-105 Thunderchief vs VPAF MiG-17. It gives us the view from the cockpit of the VPAF MiG-17 as it fires upon an F-105, unleashing the firepower of its single 37mm and twin 23mm cannon.