Michael Leck is back on the blog to look in a little more depth at an interesting rule that can be found in Rebels and Patriots, the wargaming rules for North America written by Michael Leck and Daniel Mersey. This blog was originally published on Michael's personal blog, which can be found here!

For this blog I wanted to give an in-depth description of a rule in the upcoming Rebels and Patriots rules that goes a little outside the comfortable ‘Rampant’ box – random charge move distances. 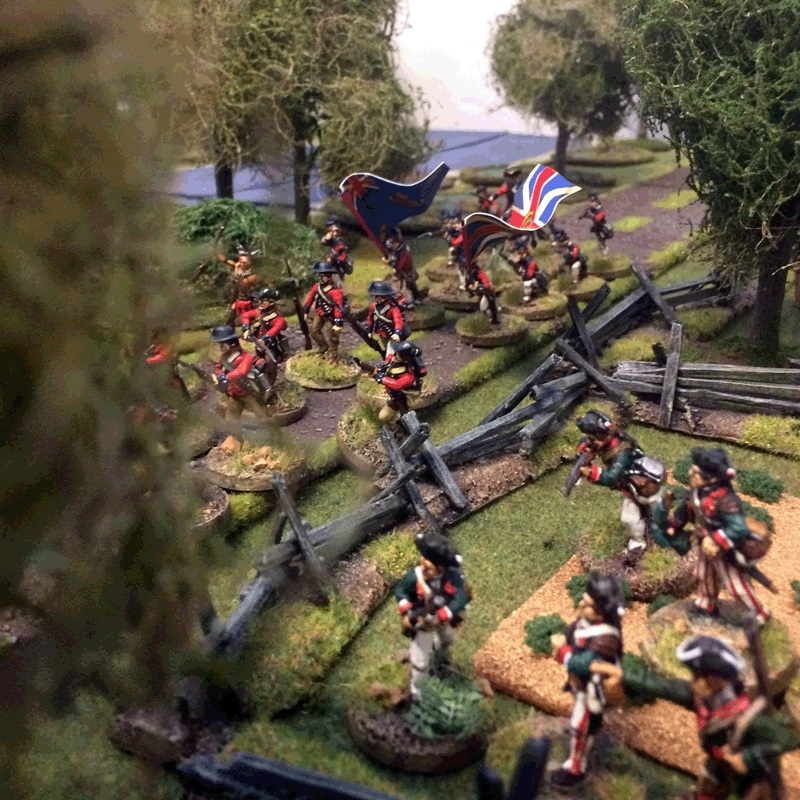 So what is all the fuss about and why?

It actually started with all Cavalry units being shot to pieces during the playtest games. Cavalry are, and should be, fragile to firing as well as Infantry in the open BUT at least the Cavalry should have a chance to reach an enemy before the unit was all gone (at least for the sake of playability of the rules!) 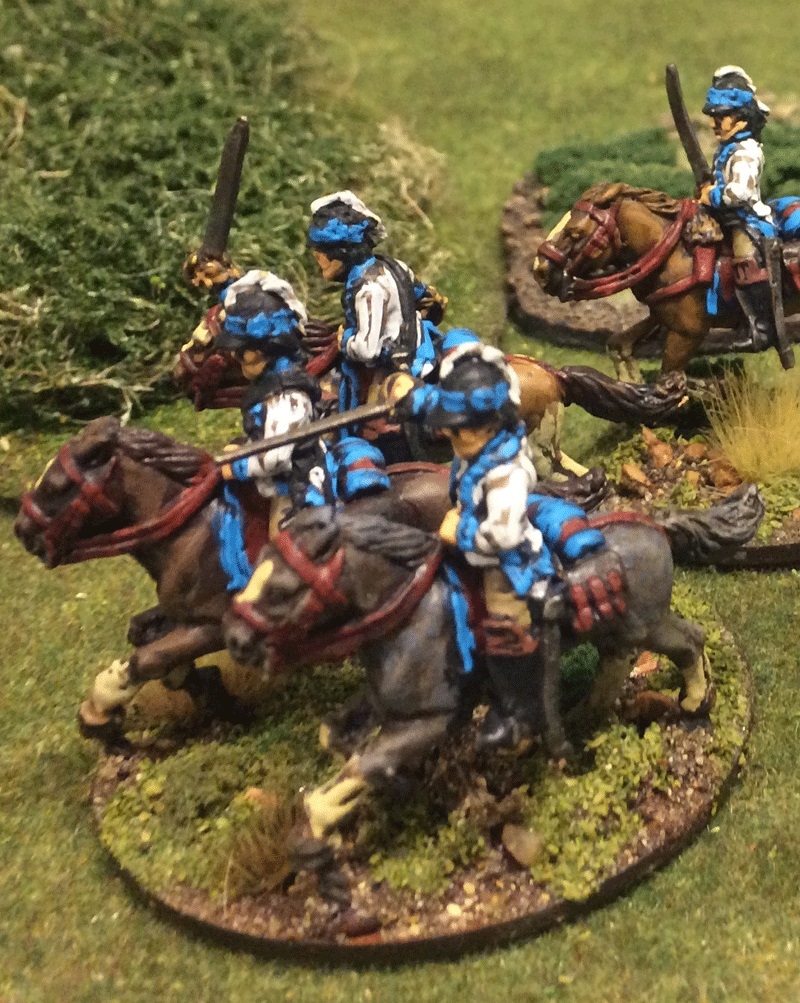 The solution to this challenge was to introduce a longer but random charge move, giving the charging unit a chance of closing before they were taken out, but also putting them at risk of falling short and ending up in the open if they failed to gain enough momentum in their charge.

When your unit wants to charge an enemy it has to be within Maximum Attack Distance – 12” for Infantry and 18” for Cavalry. 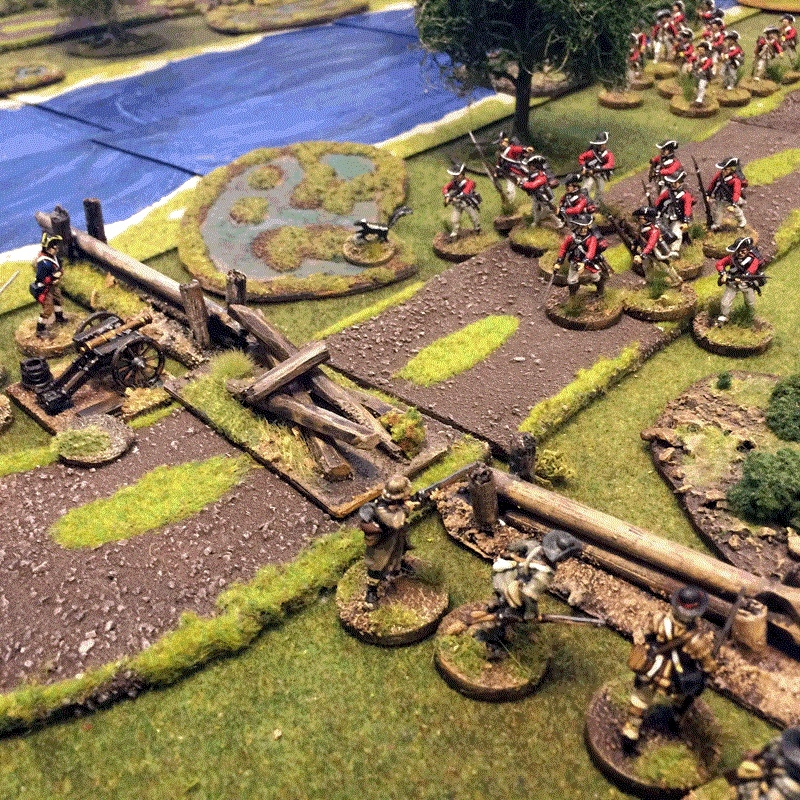 So, we assume your unit is within Maximum Attack Distance, then you roll to Activate the unit, succeeding as usual with a 6+.

If you succeeded with the Activation, the unmodified dice roll is the distance your unit must move towards the target of the attack. All Cavalry units add an additional 6” to the dice roll. The attacking unit must move the full distance even if it won’t bring it in contact with the target unit. Remember to honour the 3” rule for proximity to enemy units if the attack doesn’t make it into contact. 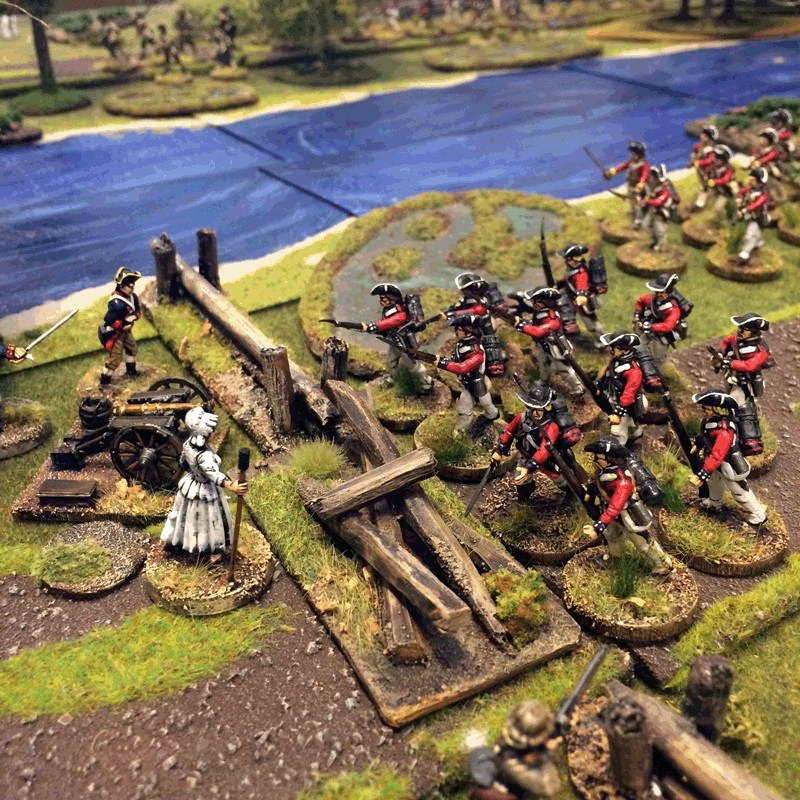 With this simple solution a unit has the chance to be able to perform a charge before taking too many casualties, but still faces a great risk by exposing themselves to enemy fire.

The enemy must also be wary of being charged before they eliminate the threat, as they can’t be sure when the enemy will commit to the attack. Will they take a chance and Attack from further away with the risk of being caught in the open, or will they try to play it safe and move into position for a shorter Charge distance. 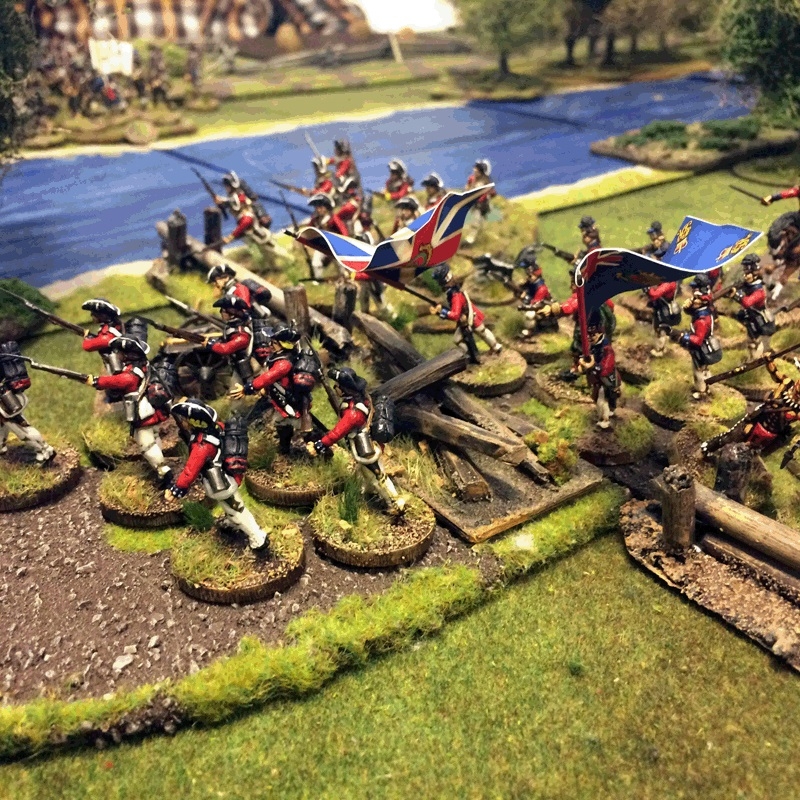 This also effects the triangular metaplay between Infantry, Cavalry, and Artillery. Cavalry are now a greater threat to Infantry, who in response form-up in Close Order for better protection, but are then more vulnerable to Artillery fire.

Here is an example of the random charge move:

An infantry unit wants to Attack an enemy unit that is 7" from them. The unit rolls 5 on the Activation Test and remains stationary as they failed the test (they need 6+ to Activate). If the Attacking unit had their Officer within 12", giving +1 on all Activation rolls, they would have succeeded with their Activation and moved 5" (the unmodified number rolled on the Activation dice) towards the enemy, but they would not be able to make contact as they started 7" away. Instead, the Attacking unit has to stop 3" from the enemy and no melee will occur.

If the Attacking unit was a unit of Light Cavalry, they would still fail to activate on the roll of a 5, but with the Officer close by they would have gained their vital +1, totalling 6 and succeeding – thereby moving 5" + 6" (Cavalry add +6"), a total of 11" which would have galloped them into contact with the enemy 7" away.

I hope you will like the new charge concept and that it will help make your battles with the Rebels and Patriots rules as interesting as possible!

Below are some more photographs of a successful British charge painted by my friend Jesper. 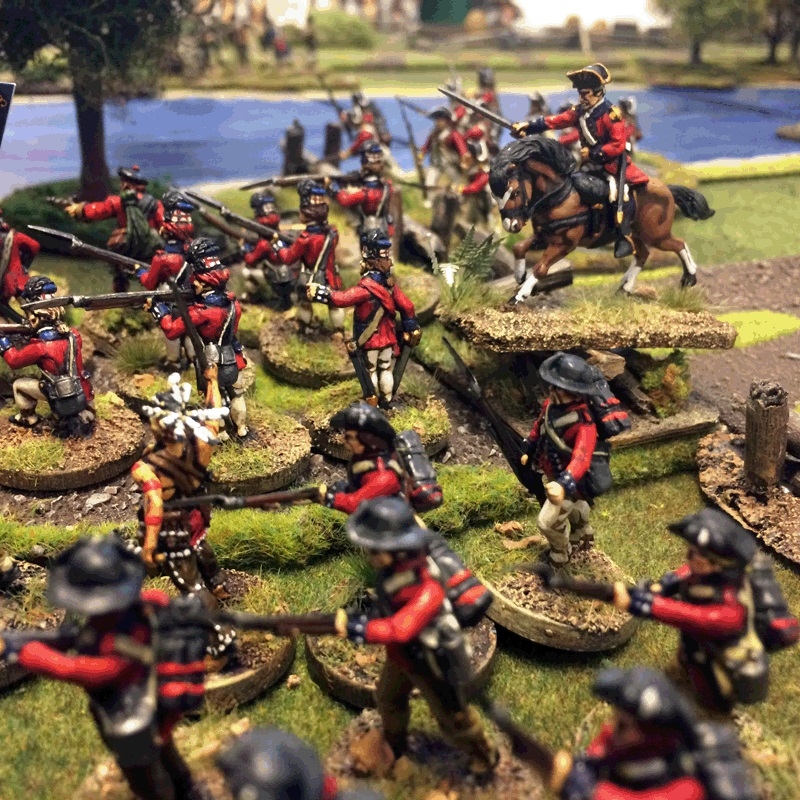 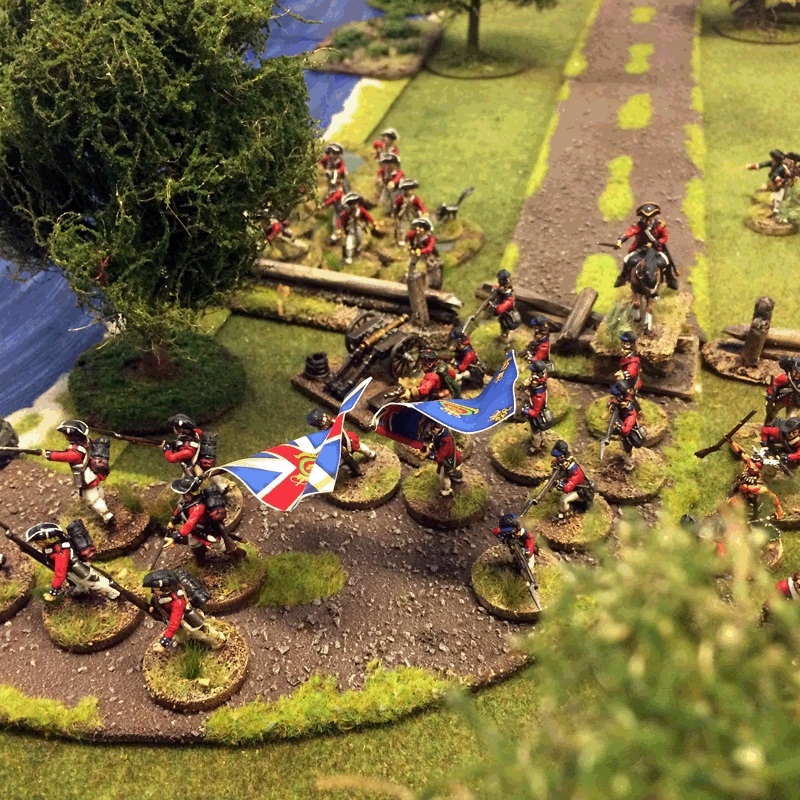 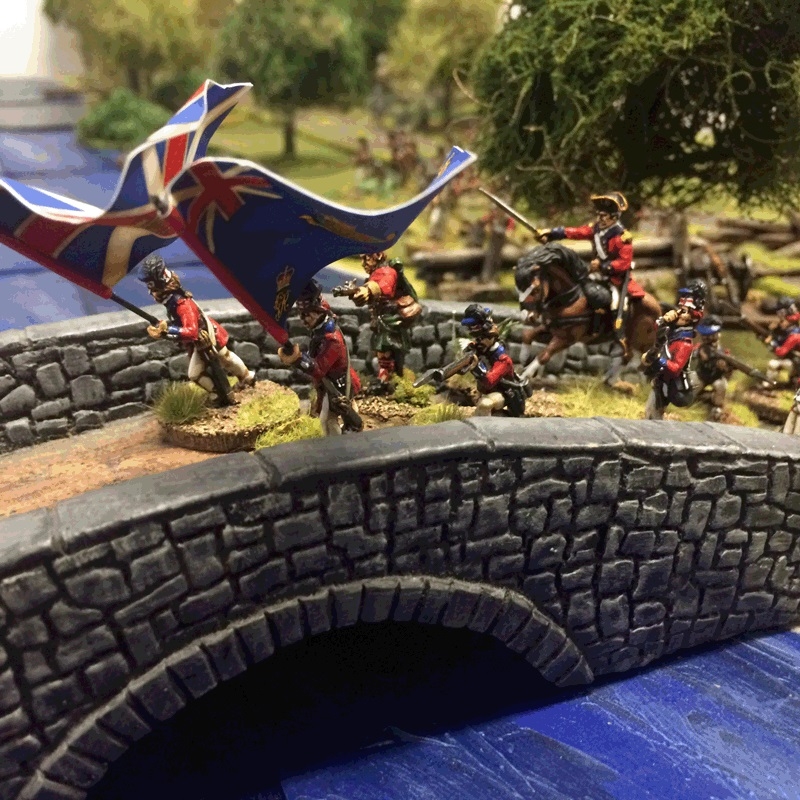