Michael Leck is back on the blog in the build up to the release of Rebels and Patriots, the upcoming wargame written by Michael Leck and Daniel Mersey. Here we have a full battle report, with Michael's Union forces taking on the Confederacy, commanded by his son. This blog was first posted on Michael's personal blog. There’s not even 2 weeks left until the official publication of Rebels and Patriots! In this blog, I will shed some light on some of the rule mechanics through a battle report, answering some of the questions you have had for me.

All the examples are from a game my son David and I ran today. It was set during the American Civil War, with David commanding the Confederate forces and I the Union. I was so sure of the Union victory that I even fielded a weakened force – 18 points to David’s 24! 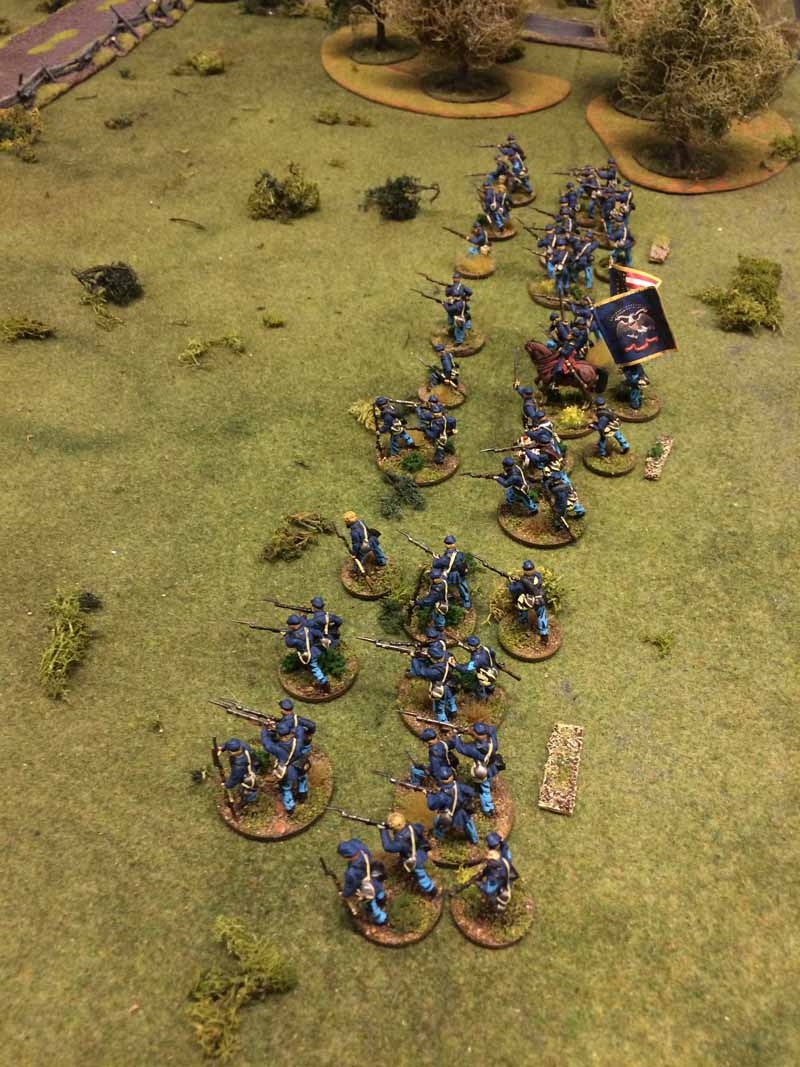 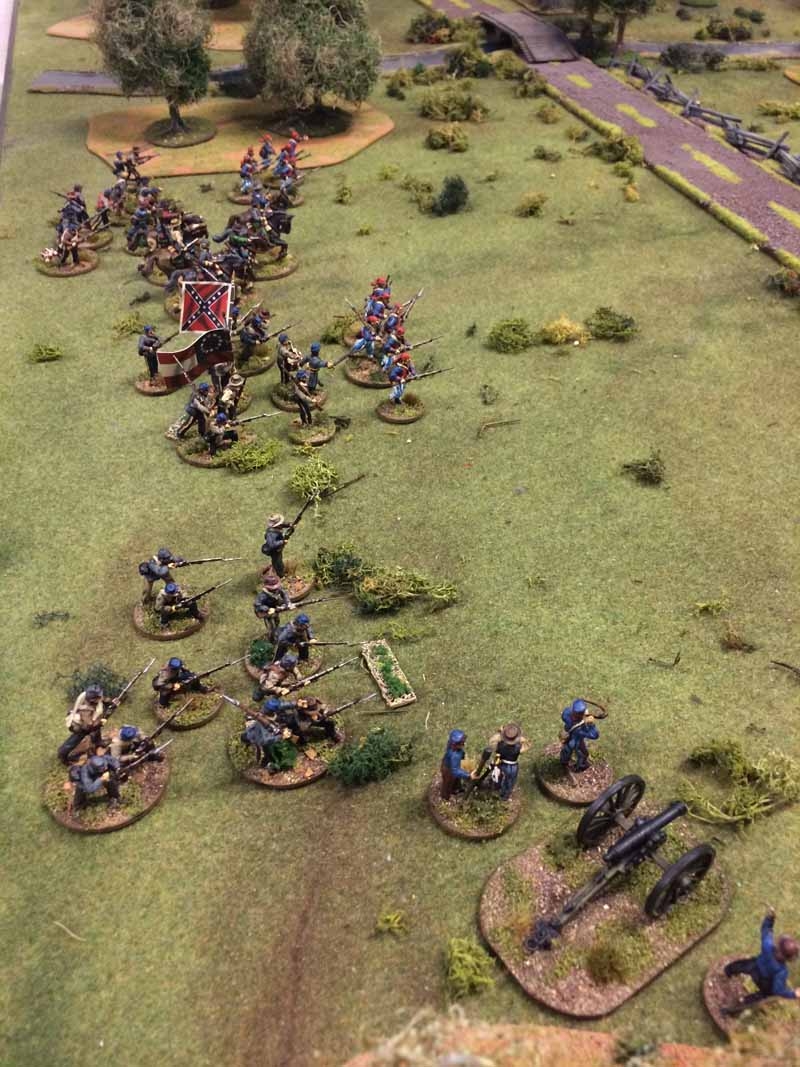 First let’s look at some dice probabilities for the 2D6 roll that is vital to Activate your units in Rebels and Patriots. To success with Activation, Morale, etc you need to roll 6+ with 2D6, which can be modified depending on the situation, quality of the troops, Officers etc.

It is also worth noting that you don’t end your turn if you fail to activate a unit, you still have a chance to activate all your units during your turn.

An unmodified 2D6 roll has a 72% chance of a 6+, and thereby succeed, which is fairly good and will let you activate 4-5 of your units each turn if you have 6 units in your force.

However, I don’t want 30% of my force to sit on their butts each turn, so I do what I can to increase my chance to activate them. For example, if I manage to have them all within command (12” of my Officers unit) then they all gain +1 on the 2D6 roll, increasing their chance for activation to 83%.

If I keep my units (the ones that can) in Close Order they also gain +1 on all Activations. As these bonuses can stack a unit in Close Order within 12” of the Officers unit will gain +2 on their roll, giving them an impressive 92% chance to be activated.

These statistics were what would win me and the Union the day against David and his Rebels, even if I had a weaker force in terms of points.

So let’s head to the game. I describe it in turn order and try to focus on explaining the rules for some of the game effects. If anything seems unclear, please head over to my blog and ask me there!

It was a good game that I thought I would win, as I was sure David would not use his Skirmishers to screen his Line Infantry, or that he would form the Line Infantry into Close Order.

I was clearly far too eager to reach the fence with my Line Infantry, whilst David played his Line Infantry much more cautiously, keeping them away from Close Range and instead focusing on using his Artillery and Skirmishers to soften up my line before advancing to deliver a devastating Volley. Good tactics I must say, but I suppose he had a good teacher!

I hope this gave you a glimpse of how Rebels and Patriots works, and that even a bonus of +1 to your Activation roll can greatly increase your chances of success. It did not help me today, but it certainly helped David to one more victory!

Rebels and Patriots will be published on 24 January 2019, giving players wargaming rules for North America from the French and Indian War through to the American Civil War and beyond. Preorder your copy today!