Ragnarok: Heavy Metal Combat in the Viking Age is a campaign-driven skirmish wargame written by Tim Korklewski, in which players create a Viking War Clan and prove themselves worthy of becoming the new pantheon. In these battles you'll be able to draw upon the power of the Gods themselves as you face rival warclans and a wide range of fantasy beings from the Shattered Realms.

Whilst the battles you create and the warriors that fight them will be much closer to the tales of Viking Skalds than those put before us by historians, we thought some of you might like to look to the past for some inspiration as you put your War Clan together. Luckily, we have a wide array of Osprey Publishing books at our disposal that can help us out! Below you can find an extract from Combat 27: Viking Warrior vs Anglo-Saxon Warrior by Gareth Williams, along with illustrations by Peter Dennis, for you to refer to. 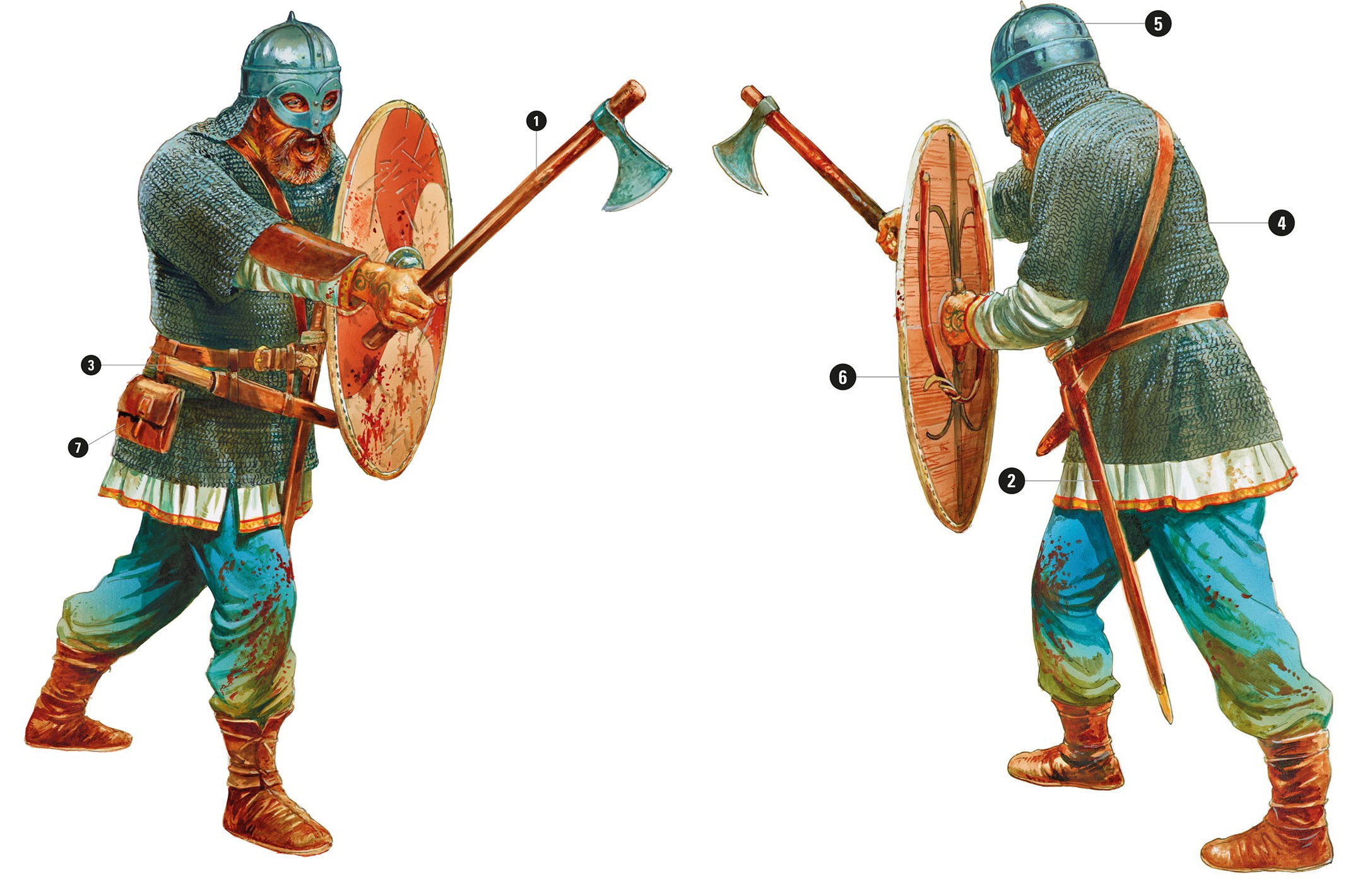 This well-to-do and successful warrior is in his late thirties. He is physically fit from years of rowing and campaigning, but quite tired, as the previous few days had seen repeated battles and movement. Skeletal remains support the idea found in the later sagas that Viking raiding was typically an activity for young men, although there may have been a core of more experienced warriors in any larger force, and accounts of Viking forces campaigning for years at a time in the late 9th century suggest that many of those who joined such forces in their teens or early twenties might still have been active well into their thirties and beyond.

The disparate nature of Viking armies meant that until the 11th century there was probably little standardization of equipment. This warrior is striking a blow with a hand-axe (1), a weapon which is more typical of the Vikings than the Anglo-Saxons. His sword (2), an expensive item, connotes his high status. As a third weapon, he carries a seax (3), ideal for use at close quarters when there is no room to use a sword or axe effectively, or as a back-up weapon if his other weapons are lost or broken in combat.

The wearing of a mail shirt (4) would have been restricted to wealthier warriors, and those who had looted such items from defeated enemies. His helmet (5) has a spectacle-shaped face-plate protecting the eyes and nose, and a mail aventail protecting the back of his neck; this added to the helmet's weight, but did not significantly limit vision. His shield (6) is leather-covered, with an additional leather rim sewn onto the boards. Together with the metal support struts on the back, this provides added support to stop the individual planks of the shield from springing apart under the force of repeated blows. Only the hand is protected with a metal boss. A strap allows the shield to be slung on the shoulder when not in use. The full pouch (7) at his side also suggests wealth.

Ragnarok: Heavy Metal Combat in the Viking Age comes out on 30 May 2019. Order your copy today!

If you'd like to delve deeper into the history of Viking warfare you can find a number of books from the Osprey Publishing catalogue, including Combat 27: Viking Warrior versus Anglo-Saxon Warrior, Weapon 66: Weapons of the Viking Warrior, and Men-at-Arms 85: Saxon, Viking, and Norman