The second annual Malvern Festival of Military History played host to a plethora of top military historians at Malvern College.

Headlining the event on Saturday evening was veteran journalist and broadcaster Peter Snow and his wife Ann MacMillan who gave a fascinating and frequently amusing account of some of the characters featured in their best-selling book War Stories.

Other sessions covered an eclectic range of subjects including The Polish War of 1939, Field Marshal Sir Douglas Haig, a look at the lives of six siblings all involved in the Second World War, D-Day, the secret propaganda war against Napoleon, Britain’s involvement in the Iraq War and some personal reminiscences of Battle of Britain pilots.

The Festival also saw the awarding of the inaugural SAHR Prize for Military Fiction. The winner was Allan Mallinson for The Passage to India, with an honourable mention for Vee Walker’s Major Tom’s War in second place.

Of special interest, prolific author Damien Lewis talked about his latest book SAS Shadow Raiders - a story derived from his visit to last year’s Festival where he picked up some details of Malvern’s involvement in the development of Britain’s radar capability from our active local historical society MRATHS.

The Festival closed with a conversation with Sir Cedric Delves and Danny West, who commanded a squadron of the SAS in The Falklands War. The riveting anecdotes of Special Forces life on the front line in hostile conditions was a suitable way to round up a great two days.

All the authors and speakers spent time signing books and chatting to the audience after their sessions, also making themselves available for photo opportunities. The intimate nature of the Festival gives unique access to the best writers on an increasingly popular topic.

The Festival returns to Malvern College in 2020, where there will be a special focus on the 80th anniversary of the Battle of Britain and the 75th anniversary of the end of the Second World War. Full details will be published on www.enlightenmentevents.com in the New Year. 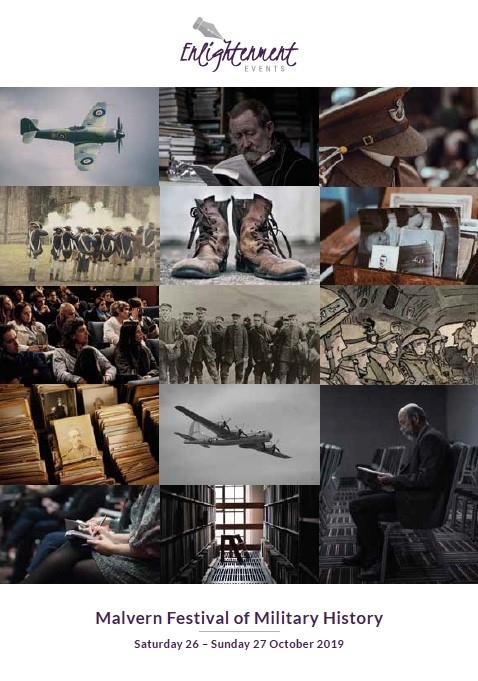