Publishing in May 2019, Ragnarok is a campaign-driven skirmish game of heavy metal combat in the Viking Age. Players form Viking War Clans and must prove themselves worthy of becoming the new pantheon, developing their group over multiple games as they claw their way up from ruin to stand before the halls of Valhalla.

So what do you need other than the rulebook to bring Ragnarok to your tabletop?

Miniatures are, by far, the most important part of the wargaming hobby. Typically made from metal, resin, or plastic, you use these toy soldiers to represent the various members of your War Clan and the creatures they face in the Fractured Realms. Hundreds of companies make miniatures, any of which can work quite well for Ragnarok. There are photos of painted miniatures throughout the book, to give you a glimpse of this exciting world. All entries list the model company represented in the photo.

For Ragnarok, your starting War Clans consist of humans. Eventually, your War Clans face giants, wolves, and other fantastic beasts of legend in various sizes. The typical heroic miniature scale is 28-32mm. While the game does not require that you have exact models, players should try to use models that best represent the armor, weapons, and special gear their warriors carry. The goal is for all players to agree which models represent which War Clan members.

As with all Morpheus Engine games, you need only two, six-sided dice (2D6) and one eight-sided die (1D8). The D8 is for special situations, such as scattering area of effect attacks.

Most actions in the Morpheus Engine require that you roll dice to complete tasks, such as attacking other models. 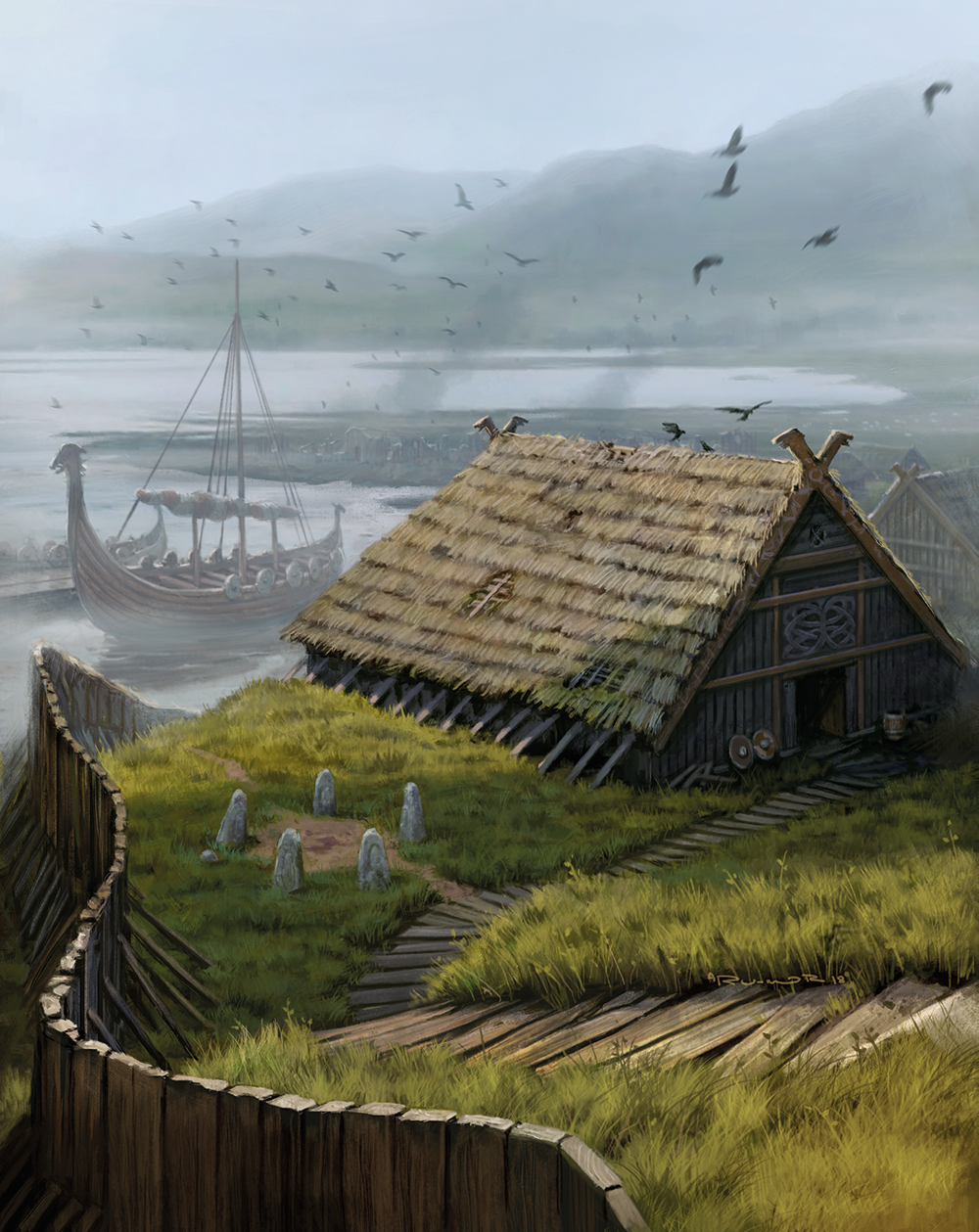 As with many skirmish wargames, having plenty of terrain on the table is not only beneficial to game play, it is visually pleasing, as well. It does not matter whether your terrain is store-bought, built from scratch, or a collection of various pieces. You can use many different types of terrain in the Fractured Realms of Ragnarok, the most common of which are forests, large trees, hills, rocky outcroppings, ruined buildings, and crumbled walls.

Morpheus Engine games are measured in inches, so you need a tape measure or similar device to measure distances while playing. You also need different tokens and counters to represent current model health, status effects, and the like.

Ragnarok: Heavy Metal Combat in the Viking Age will be available from 30 May 2019. Order your copy today!