Cities of Bronze, the latest supplement for Frostgrave: Ghost Archipelago, comes out at the end of the month. As we prepare our crews for their next adventures, we decided to take at some of the creatures you can encounter from across the entire series!

The tropical islands of the Ghost Archipelago draw adventurers from far and wide in the hope of finding treasure or even the fabled crystal pool. However, these riches are fiercely guarded by a myriad of ferocious creatures. Here are just some of the foes you may encounter as your crew explores the Lost Isles, complete with a short description from author Joseph A. McCullough and the incredible art from Kate and Dmitry Burmak. 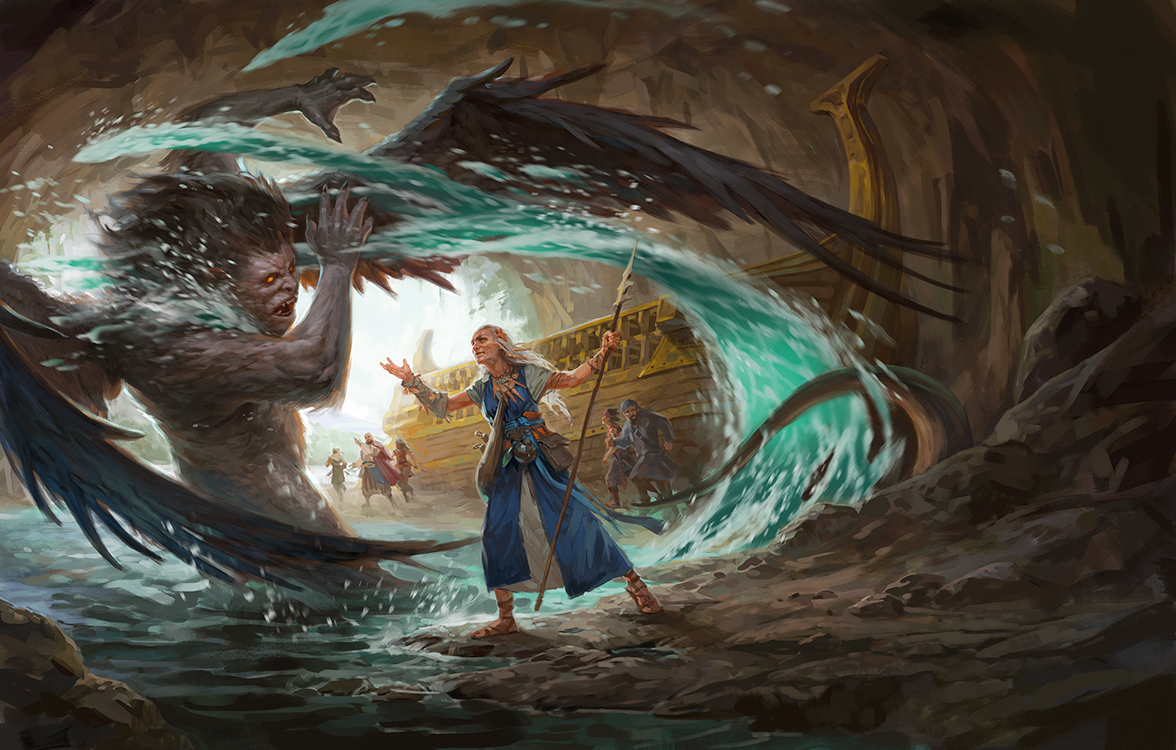 Procrates is a giant who guards the docks in the Underworld. While his upper body is like that of a human, he has three massive serpent-like tails that serve him in place of legs and a pair of huge eagle wings growing out of his back. While Procrates is intelligent, he is devoted to guarding the docks and cannot be dissuaded from attempting to slaughter any living thing that dares venture into his cavern. He will not, however, attack or pursue anyone who leaves the cavern, even if they are on one of his ships.

Rules for Procrates can be found in Frostgrave: Ghost Archipelago: Cities of Bronze. The Lentreon are a sentient species of that live in some of the rocky mountains within the Ghost Archipelago. With the lower body and legs of a big cat and the upper body of a human, the Lentreon resemble feline versions of the centaurs found in Drichean legends. They are a primitive people but display a talent for the construction of simple tools and the working of wood and leather.

Rules for the Lentreon can be found in Frostgrave: Ghost Archipelago: Cities of Bronze. 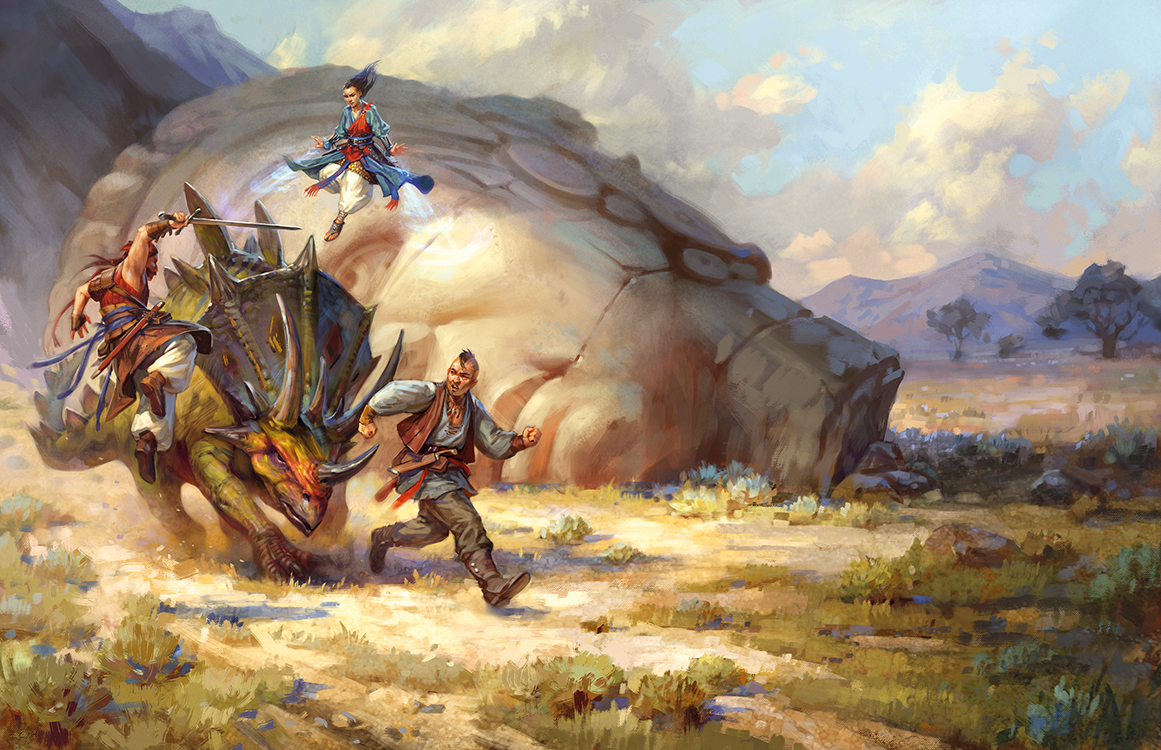 One of the more bad-tempered saurians, dragon-bulls are extremely territorial and will generally attack anything human or larger on sight. Walking on four clawed legs, and standing about 9’ tall, dragon-bulls are most recognizable by the horns growing out of their head, and the bony plate that protects their necks.

The favourite tactic of these creatures is the head-down charge. When charging, dragon-bulls cannot see that well, and it is sometimes possible to dodge out of their path.

Rules for the Dragon-Bull can be found in Frostgrave: Ghost Archipelago: Lost Colossus. 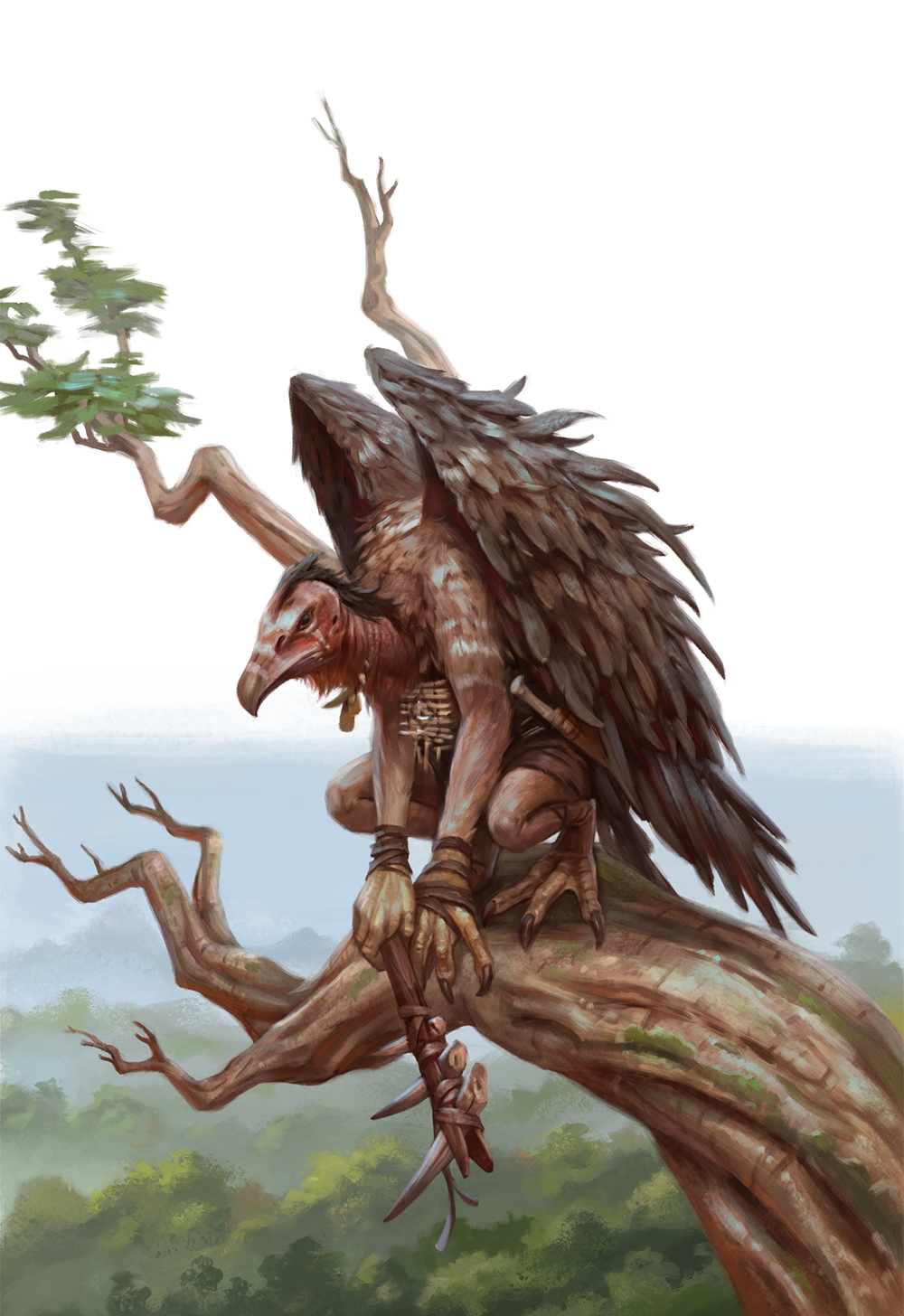 The cathaka (literally ‘Buzzard Men’) are man-sized amalgamations of a human and a bird – their legs, torso, and arms are mostly those of a man, but their heads, and the large, ragged wings sprouting from their shoulders, more closely resemble a vulture or buzzard. Although considered sentient, perhaps even possessing some level of cunning, cathaka are generally unpleasant and unwilling to communicate with other races, surviving as scavengers and thieves instead. While they are capable of simple tool construction, most of their clothes, weapons, and other adornments are stolen. This, and their willingness to eat just about any flesh, from any animal, living or dead, has resulted in a well-deserved reputation for grave-robbing.

Rules for the Cathaka can be found in Frostgrave: Ghost Archipelago: Gods of Fire. 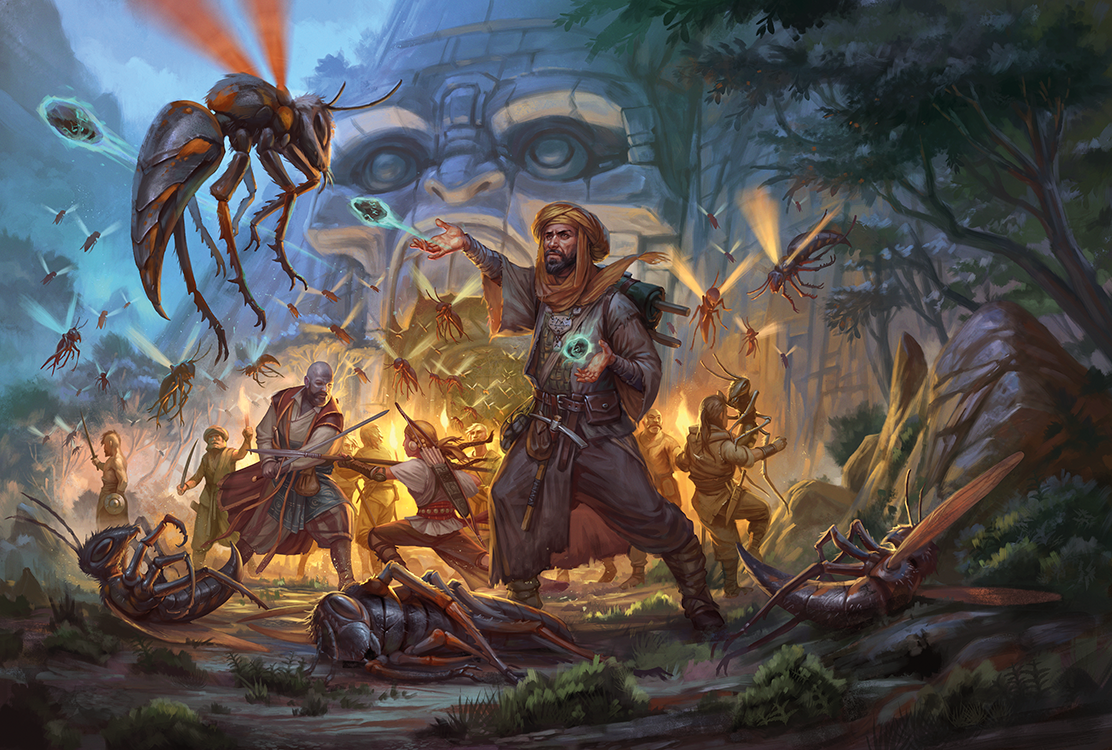 Of all of the massive insects that inhabit the Lost Isles, none are as feared as the giant wasps. Growing between 2 and 3 feet long, they are fearless, aggressive, and highly venomous. While normally encountered individually, a few unlucky individuals have stumbled upon their nests, which are often built in caves or ancient ruins. In such situations, there are rarely many survivors.

Rules for the Giant Wasp can be found in Frostgrave: Ghost Archipelago.

Would your crew survive against these formidable foes? Let us know!