Publishing on 12 December, Paleomythic: A Roleplaying Game of Stone and Sorcery is one of the two launch titles for the new Osprey Roleplaying series. Written by Graham Rose, the game transports players to the land of Ancient Mu - a harsh, prehistoric world of biting cold winters, savage predators, and hostile tribes. Today, Graham is on the blog to tell us a little more about the mechanics of the game!

I endeavoured to make Paleomythic as simple for the GM and players as possible, whilst still evoking the unique aspects of the setting. Fundamental to the game therefore is a single mechanic known as a ‘test’. Tests are used to resolve activities and events in Paleomythic, from crafting tools and gathering food, to throwing a spear or resisting the effects of a poison.

Since the sum total of the characters traits is a reflection of their overall competence and ability, a test is made based on this factor. The player rolls a number of dice six sided dice equal to the number of traits possessed by the character. If any of them result in a 6, the test is a success. 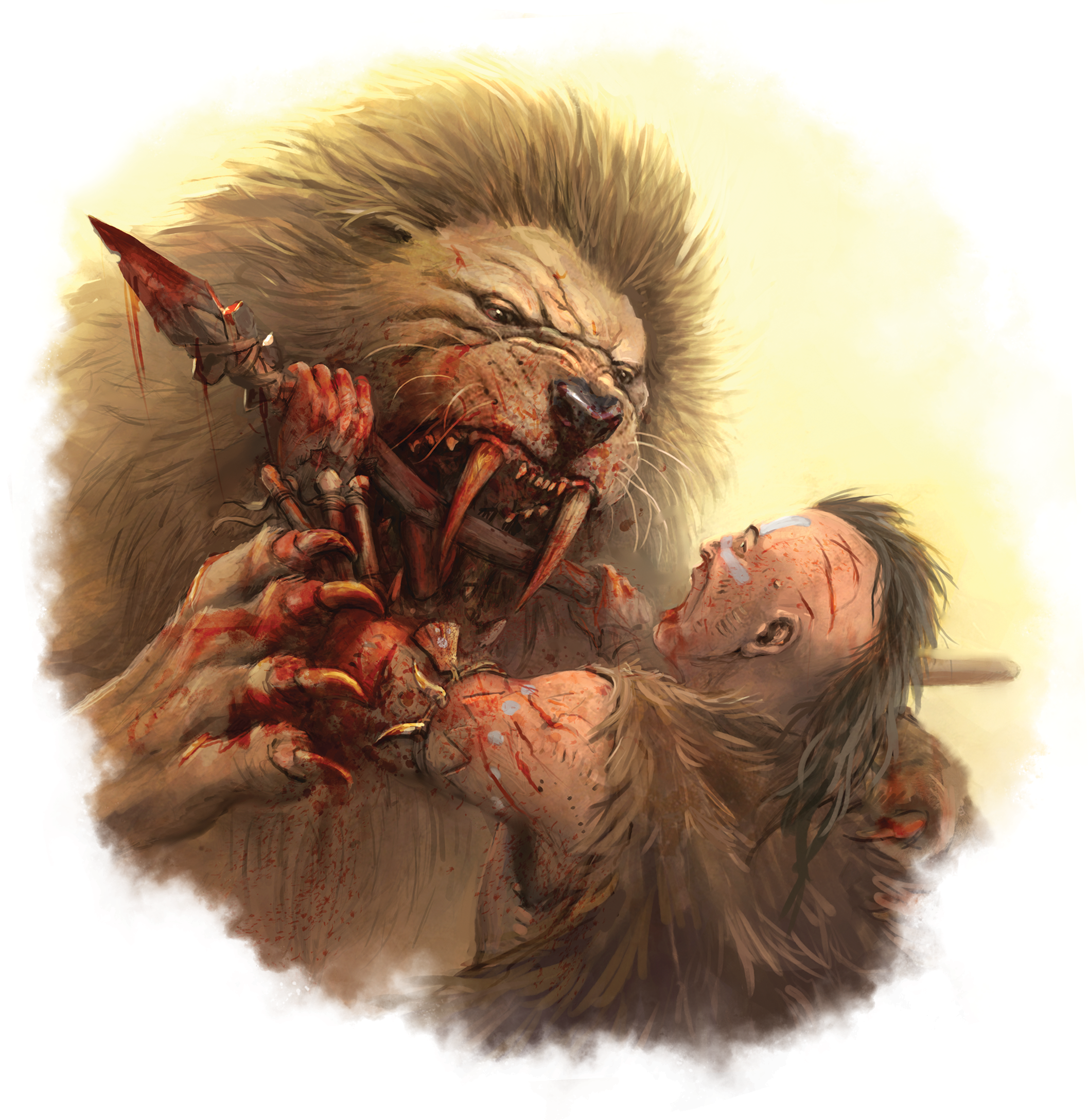 Possessing the right tool for an activity can be very beneficial in Paleomythic. If a character attempts an activity with the correct tool, a bonus die is gained. However, tools have a habit of breaking; they are after all made from fragile or unreliable materials.

When characters engage in combat, their most valuable tool is a weapon. There are many weapons in Paleomythic, such as axes made using flint or animal claws, cudgels topped with skulls, whips lined with fangs, spears tipped with bones and more. Like tools, weapons confer a bonus die. They can also cause combat effects, such as ruining armour or inflicting bleeding wounds. However, like any other tool, weapons can break, leaving a character vulnerable to a better equipped foe.

As may be evident, combat in Paleomythic can be brutal and risky. Each time a character is wounded, they temporarily lose a trait. This affects their overall ability, making them less capable in combat as the wound takes its’ toll on the character both physically and psychologically.

Fortunately, various tactics are available to characters, and these are explained concisely so that the flow of combat isn’t interrupted by too much referencing of the rules. A character stuck for a weapon can try to take a foes, a character facing a skilled foe can perform a feint to wrong foot them. Characters can leap into combat, shove foes, smash their weapons or trick them into stepping onto sharp pottery fragments. All of this is possible and easy to resolve in Paleomythic.

Activities and hazards are covered extensively in Paleomythic. These use the simple test mechanics, and detail such actions as climbing, leaping, carrying loads, performing, scavenging and so on. 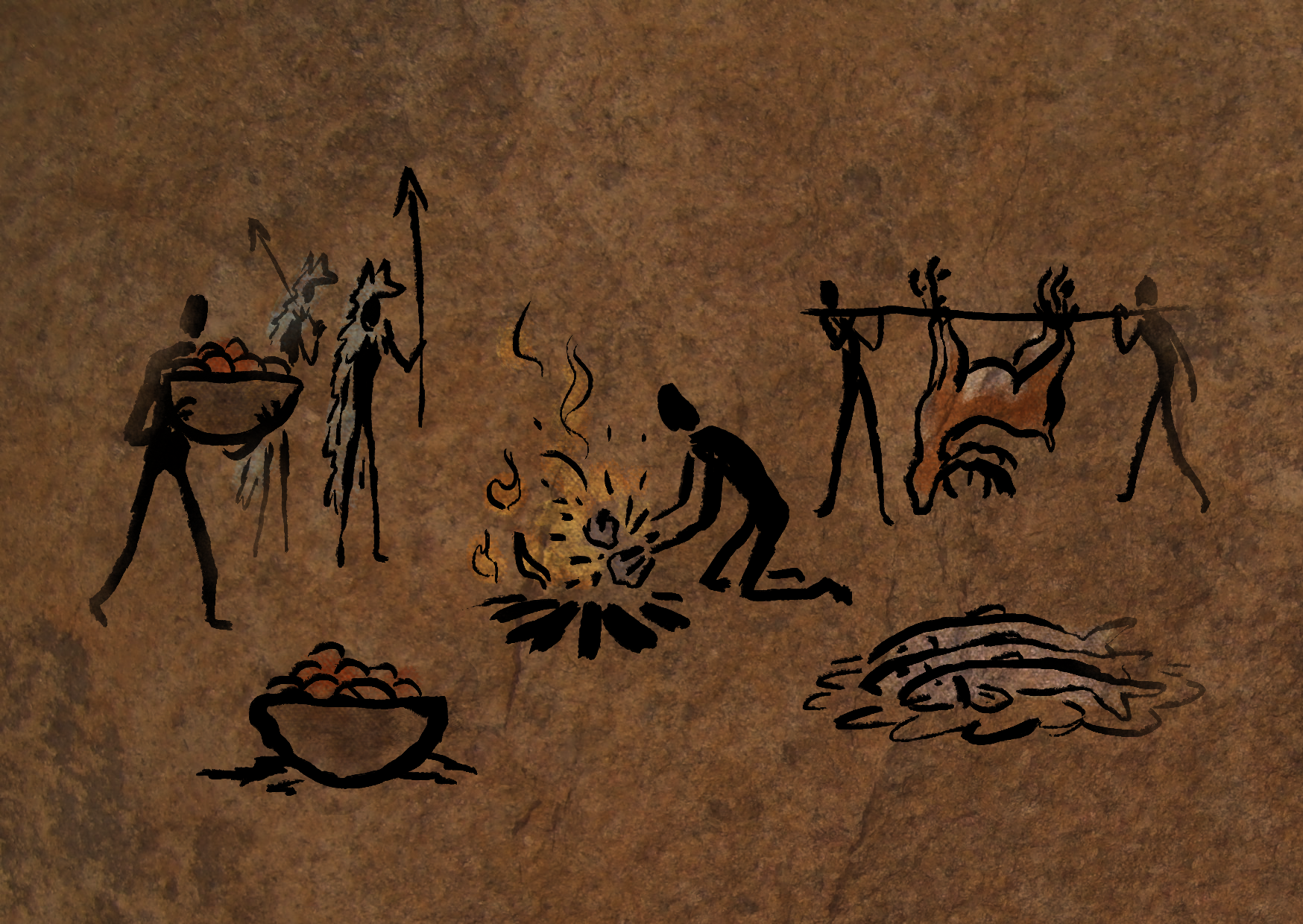 Crafting is an important activity described in this section of the rules. Every item available in the extensive list of goods can be crafted by characters, and the rules detail the materials and relevant tool required to make an item.

Other important activities, such as foraging and hunting are described. When characters forage, there are guidelines for the amount of food collected (based on the terrain and season), as well as the type of food. When hunting, the tests required to stalk a beast are detailed, so a hunt challenges a number of areas of character ability.

The world of Ancient Mu is at times brutal and full of danger. The rules therefore detail the effects of disease, poison, exposure and even the impact of fear. Again, all of these hazards are resolved using the simple test procedure.

I strived to create rules which would be unobtrusive during play, and to be easy to both learn and remember. Likewise, players will hopefully find the mechanics useable and congruent to the setting, so that they help to create adventures that are compelling and fun.

Eager to start your adventures in Ancient Mu? Order your copy of Paleomythic: A Roleplaying Game of Stone and Sorcery today!