Frostgrave: The Wizards' Conclave is the latest supplement to the best-selling fantasy wargame by Joseph A. McCullough, bringing a host of talented wargames designers to the frozen ruins of Felstad. On the blog today we have one such designer - Chris Pramas - talking about the scenario he wrote for the book.

When Joe McCullough asked me to write a scenario for Frostgrave: The Wizards’ Conclave, I of course said yes. I had previously written the fantasy warfare books (Orc Warfare, Dwarf Warfare, and Elf Warfare) for him, fulfilling my long-time dream of being an Osprey author (though not as a historian as I’d imagined!). A quick look at the author list for this tome shows I’m the lone RPG designer amongst a field of miniatures gaming luminaries. You may know me as the designer of such tabletop roleplaying games as Warhammer Fantasy Roleplay 2nd Edition, Dragon Age, and Fantasy AGE, and as the president of Green Ronin Publishing. If you follow me on Twitter (I’m @Pramas), you’ll also know I’m a keen player of minis games and have been since the mid-80s. So a chance to contribute to Frostgrave, one of the most popular new minis game of the past several years? Yes, please!

While Frostgrave’s most obvious antecedents are games like Mordheim, its roots go deeper than that. At its core the game is about small groups of adventurers going into a ruined city to uncover loot and ancient secrets. That could very well describe an old school D&D game and this is what I had in mind when I sat down to craft a scenario. 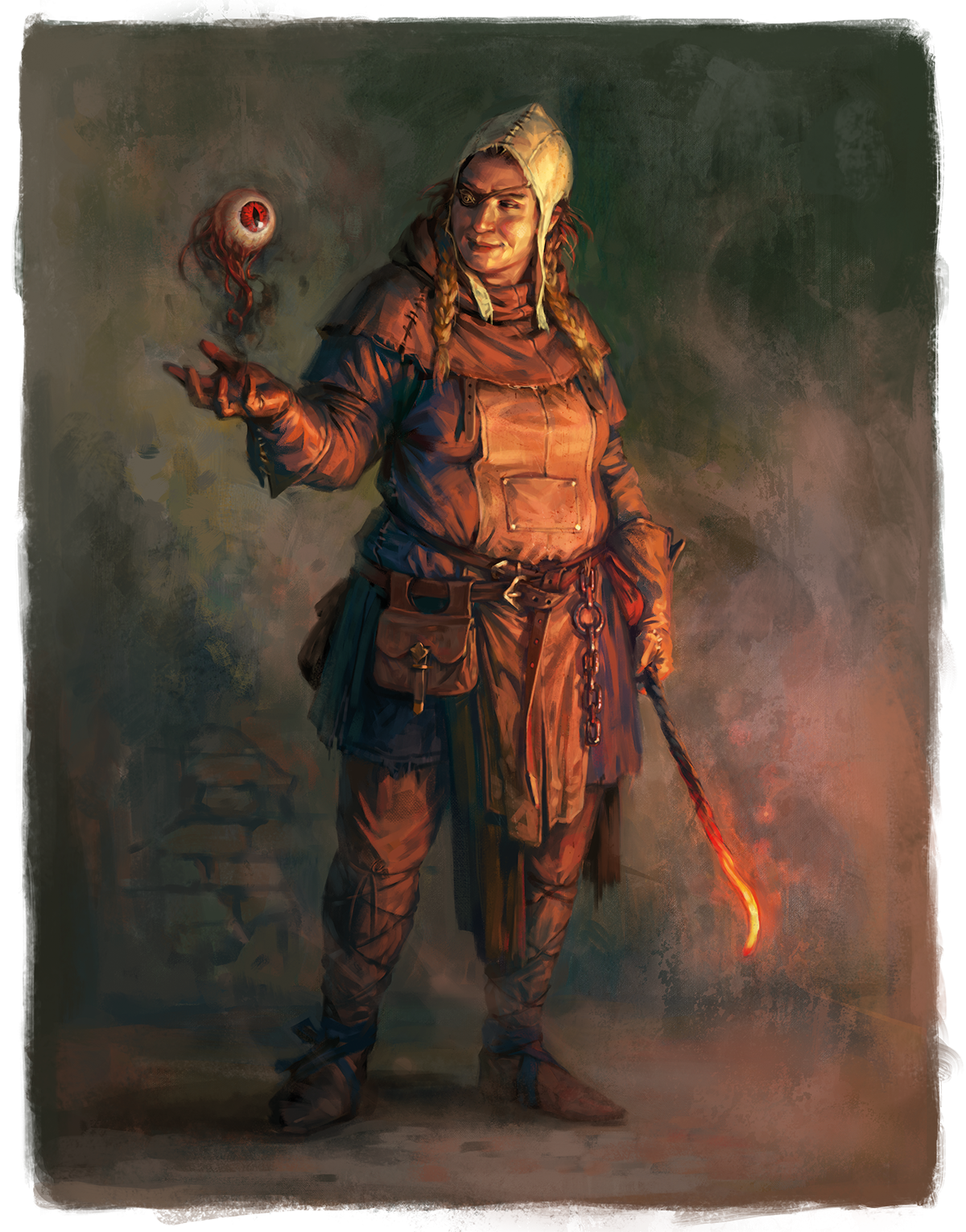 D&D was my first hobby game. I started to play in 1979, when I was 10 years old. That same year I had read Lord of the Rings for the first time, and those two events really set me on the course of game design and publishing. D&D wasn’t just a fun game for me, it opened up the wider world of fantasy and scifi. When I got Deities & Demigods in 1980, it turned me on to writers like Michael Moorcock, Fritz Leiber, and H.P. Lovecraft. They and other authors mentioned in the Dungeon Master’s Guide’s “Appendix N” end up influencing me in big ways and small.

My scenario for The Wizards’ Conclave, The Cult of a Thousand Eyes, is inspired by my earliest days as a gamer. The basic idea is that there was a cult in the ancient city that worshipped a god of outer darkness. Their great tower came tumbling down when cataclysm overtook the city of Felstad. The scenario takes place in the ruins of the garden where the cult performed its rituals. Warbands are trying to recover gems from the statues there. The complication: they contain imprisoned souls! When the gems are pried from the statues, you roll a d20 to find out what happens. In the spirit of magic items like the Deck of Many Things, the results can be really great or really terrible for you! This old school feel seemed entirely appropriate for Frostgrave.

I don’t want to give everything away but that’s the gist of The Cult of a Thousand Eyes. As is the case with any good RPG adventure, you can expand on this story if you have a mind. You might design your own scenarios that delve into the ruined tower itself. What was The Cult of a Thousand Eyes really after? What dark secrets did they uncover by trading souls with the alien and uncaring creatures of the outer darkness? Go “up the garden path” and find out!

Frostgrave: The Wizards' Conclave is the latest supplement to Frostgrave: Fantasy Wargames in the Frozen City. Pick up your copy today!